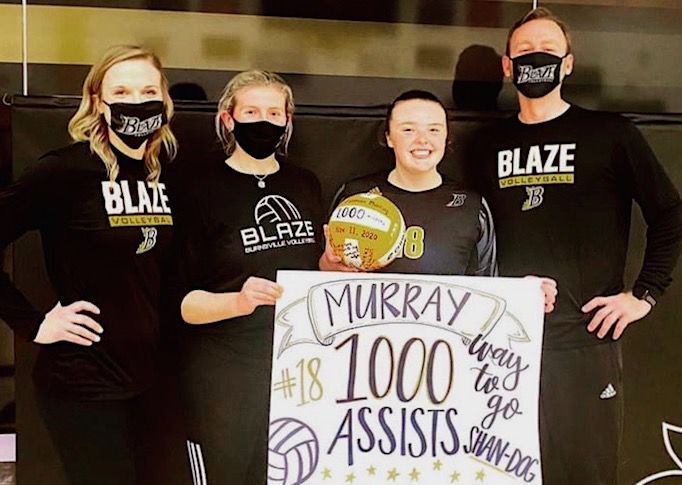 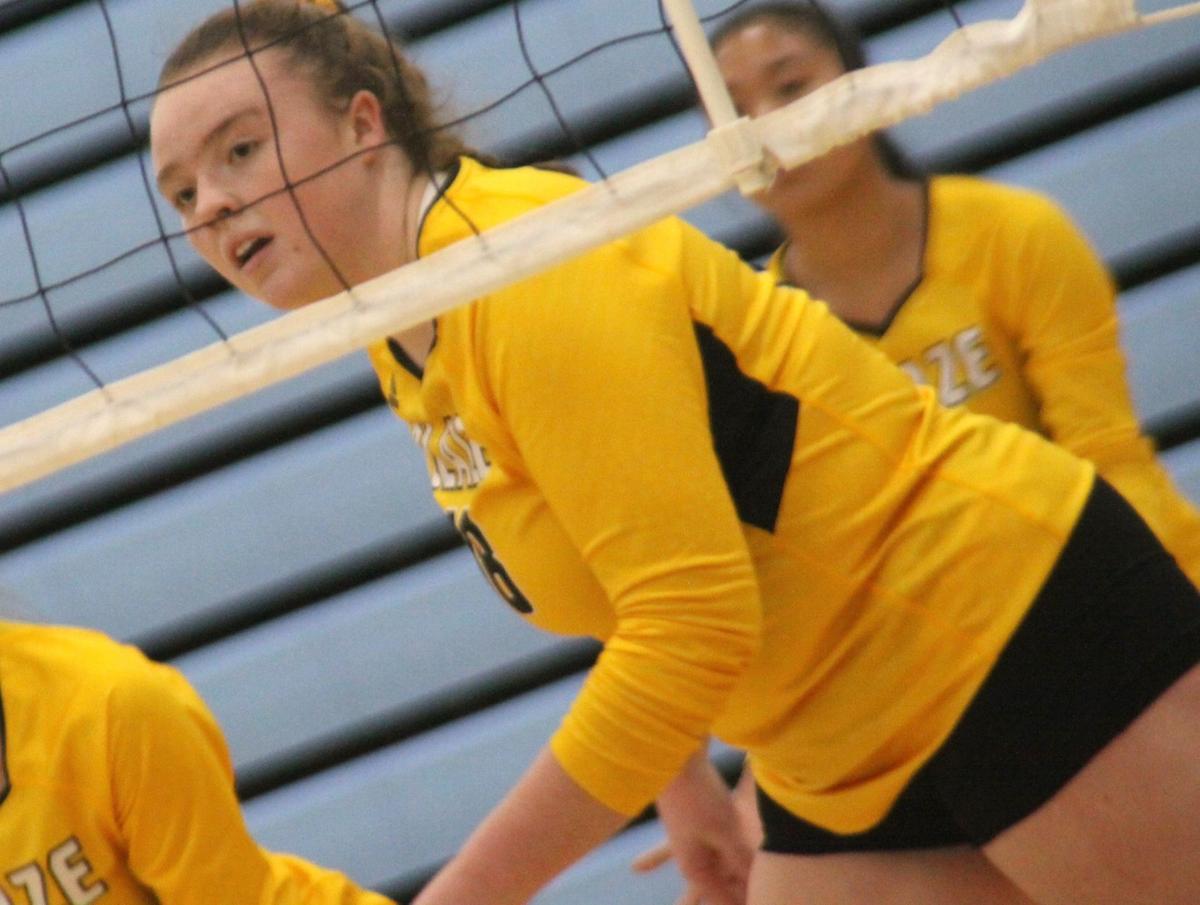 Senior Shannon Murray has been a four-year letter winner for Burnsville and as excelled as the team’s setter.

Senior Shannon Murray has been a four-year letter winner for Burnsville and as excelled as the team’s setter.

Shannon Murray knows the value of an assist.

She’s done it more that 1,000 times in her career on the Burnsville volleyball team. The senior needed 11 set assists Nov. 11 in a South Suburban Conference match versus Eastview to reach that milestone and she did it without any problem.

Murray finished with 36 assists in the match. She’s the first Blaze player to go over 1,000 assists since 1998.

“Shannon joins an extremely elite group of girls who have done this,” Blaze coach Josh Wastvedt said. “She has quarterbacked our offense the past two seasons and shared that responsibility with her sister, Erin, in her sophomore year.

“Shannon is a two-year captain for us, and this isn’t because she’s our setter,” Wastvedt added. “She’s our captain because of her leadership abilities, her ability to take charge but also keep our team composed, her volleyball IQ and her strong court awareness.

“You watch Shannon set and run and offense and it’s just beautiful to see the flow she creates with our team.”

Murray reached 1,000 assists just in time. Gov. Tim Walz announced a four-week shutdown Nov. 18 for youth and high school sports starting Nov. 21. So there will be no section playoffs for volleyball teams across the state, and the final week of the regular season is also gone.

There were no state tournaments for any of the fall sports teams either.

Burnsville’s record was 2-6 before Walz’ announcement. It had SSC wins over Apple Valley and Farmington.

Murray is one of six seniors who had their final season end prematurely. They other five are Kara Klavins, Emma Fretheim, Anna Phommasengkeo, Rilie Kupka, Maribel Monjaras-Rodriguez.

“This year has been completely different from last year, and you can see the enjoyment on their faces and how much fun they’re having competing,” Wastvedt said. “We’ve really taken everything by stride and kept a positive mindset.

“I’ve been very impressed with how we have been competing and improving each match,” Wastvedt added. “It’s exciting to see and great for our program. The future of Blaze volleyball is very bright.”

Burnsville has been trying to rebuild the program for years. The Blaze went into this fall with sixth straight losing seasons and a 3-51 conference record since 2014.

The seniors will be missed next year, but there’s some developing young talent who have already stepped up.

Sophomores Corrina Benson and Julia Valois have become two reliable defensive players on the back row behind Phommasengkeo for the Blaze. Sophomore Kiylah Franke also fits that bill, but she also provides offense. She’s had four matches this fall with double-digit kills.

Eighth-grader Mesaiya Bettis had three matches with 10 or more kills.

“Overall, as a team, we have really been playing some solid volleyball lately,” Wastvedt said. “Our defense and block have picked up even more, which has been making our matches really exciting and fun to watch.”

Wastvedt said the offense has become more confident with each match. And that’s with the team playing without Fretheim, a strong outside hitter, who missed time with an ankle injury.

“Kiylah and Mesaiya have taken a large load of our swings lately, but it hasn’t bothered them at all as they’ve both responded,” Wastvedt said. “Rilie has also really started to come alive.

“Another thing we have really stepped up is our serving game,” Wastvedt added. “We have been serving very well and taking our opponents out of system to allow us more offensive opportunities. Kara and Maribel have picked up some solid, aggressive serves that our opponents have been struggling with.”