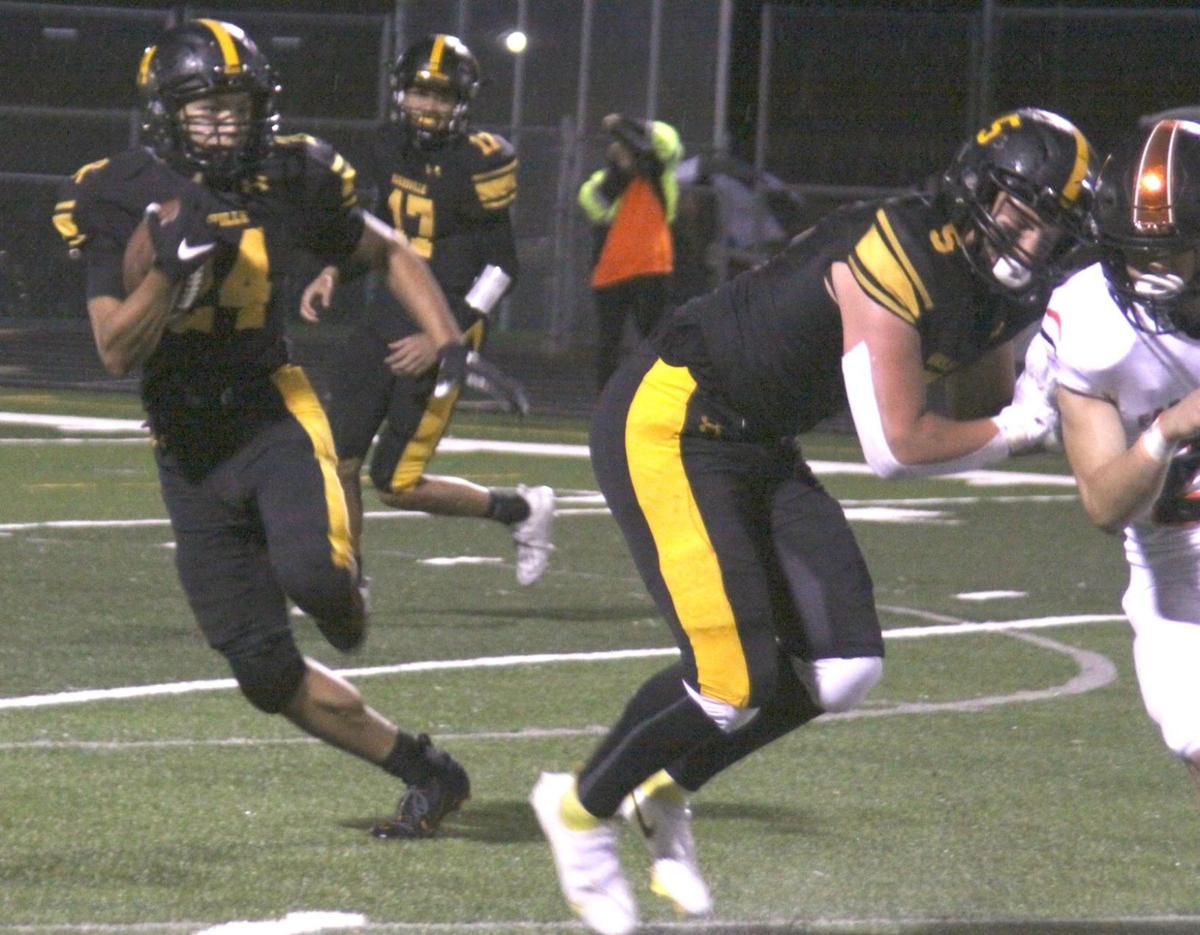 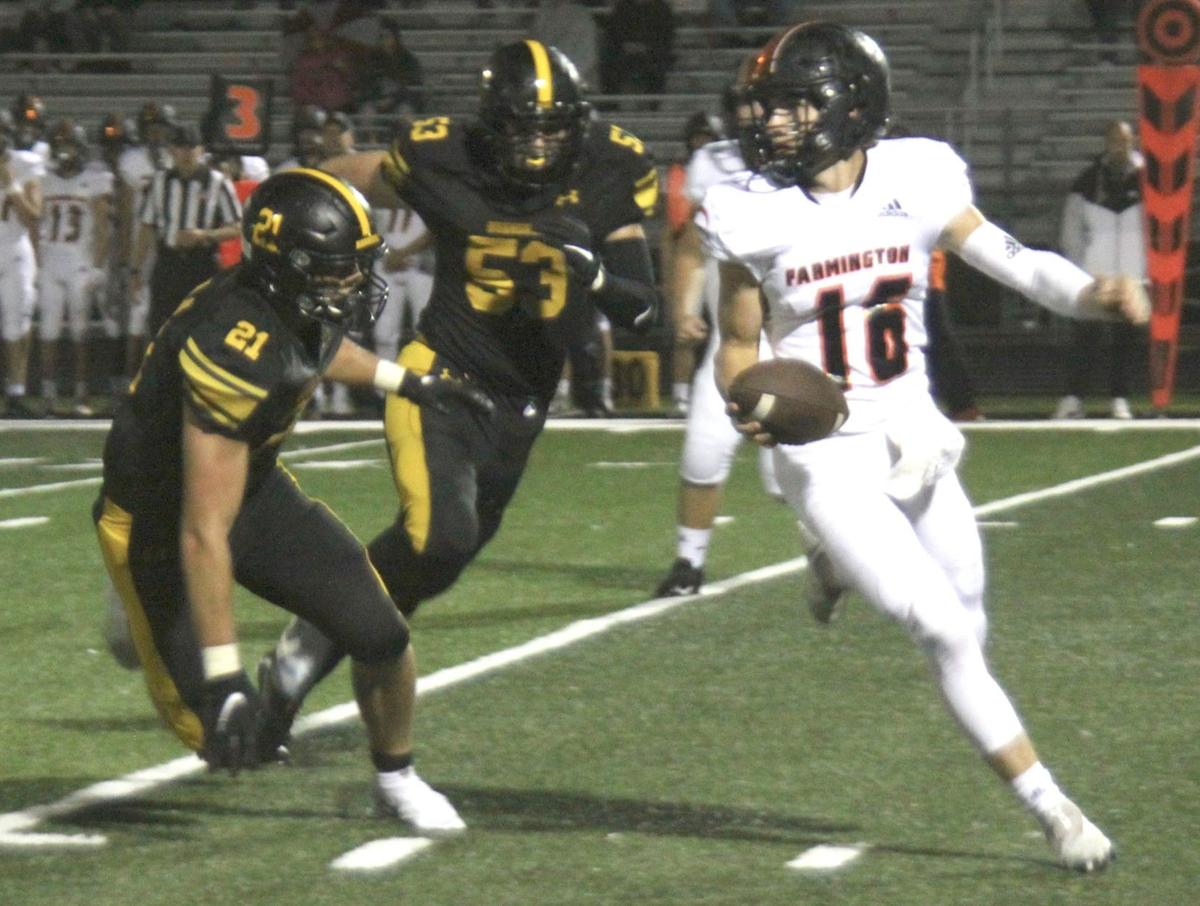 Senior Colton Gregersen tries to get to Farmington's quarterback in Burnsville's 35-12 home loss Sept. 2 in the season opener.

Senior Colton Gregersen tries to get to Farmington's quarterback in Burnsville's 35-12 home loss Sept. 2 in the season opener.

The Burnsville football team got off to a slow start in the season opener Sept. 2.

That’s something the Blaze can’t afford to do this fall if they want to improve their win total and be a factor in the Class 6A playoffs.

Farmington led 28-0 at the half and rolled to a 35-12 road victory over Burnsville.

Both of the Blaze’s touchdowns came through the air. Senior Sterling Brown found senior Jay Homuth on 29- and 25-yard scoring strikes in the second half.

Last fall, Burnsville struggled to a 1-5 season. The COVID-19 pandemic made the season a little chaotic. It started late, limited the regular season to just six games and there was no state tourney.

There was a 6A playoff last fall, but Burnsville did not play in the first round due to COVID-19 protocols.

The Blaze owns just a 2-13 record over the last two seasons. Burnsville made the state quarterfinals in 2015, the program’s first appearance since 1995. Since then, Burnsville has a 1-4 playoff mark.

In the loss to Farmington, Burnsville allowed three touchdowns in the second quarter to fall behind by four touchdowns at the break.

Brown finished 5 of 13 passing for 52 yards. Homuth had three grabs for 51 yards.

On defense, senior linebacker Karsten Tompkins led he way for Burnsville with 12 tackles, including a sack. Gregerson and seniors Dylan Fischer and Brandon Montgomery each had five tackles, while Saykeo and Fahnbulleh both had four.

Gregerson also had a sack.

Burnsville was moved out of Section 3AAAAAA and into 6AAAAAA when the Minnesota State High School League realigned sections for all sports back in April.

So the Blaze will be seeded with some strong programs for the Class 6A postseason, including perennial power Eden Prairie as well as Prior Lake, Shakopee, Minnetonka, Wayzata, Edina and Hopkins.

The Class 6A playoffs will start Oct. 29.