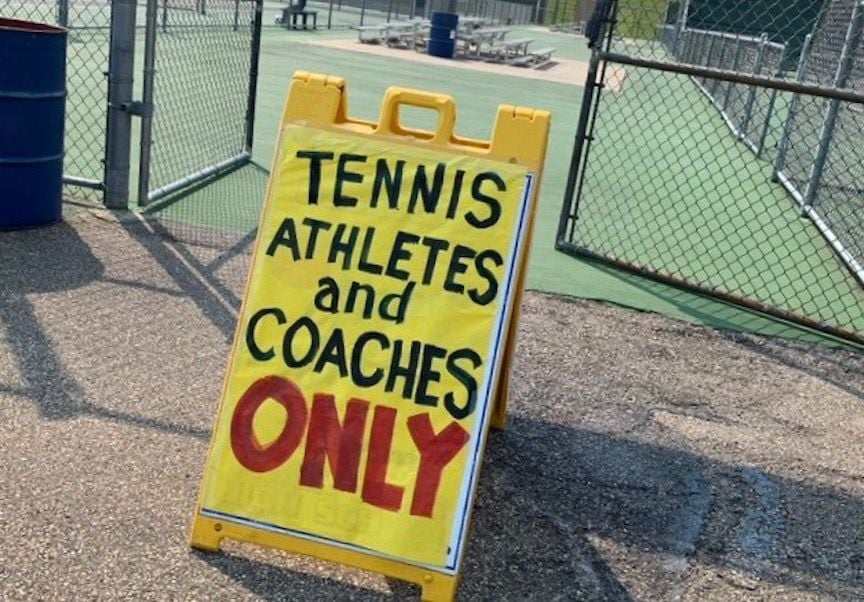 Only athletes and coaches are allowing on the tennis courts for matches this fall. 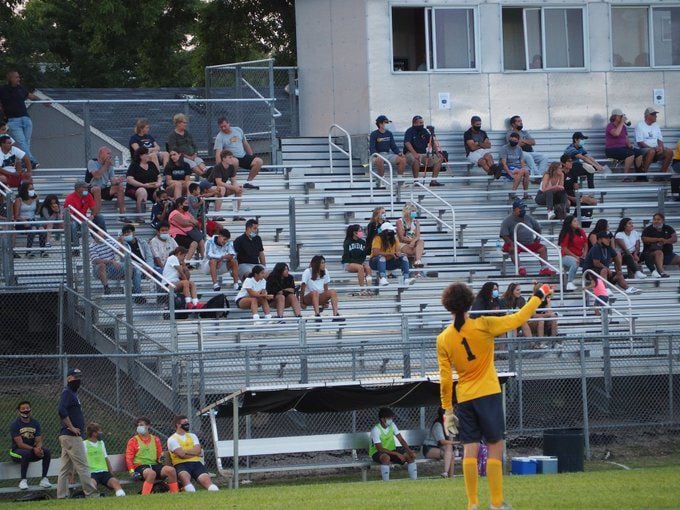 Soccer fans in the stands in Chaska-Bloomington Kennedy matchup Aug. 25.

Only athletes and coaches are allowing on the tennis courts for matches this fall.

Soccer fans in the stands in Chaska-Bloomington Kennedy matchup Aug. 25.

High school sports are underway again after they were shutdown last March due to the coronavirus pandemic.

How can fans watch the games? Guidelines are place for all leagues across the state, including the South Suburban and Wright County Conferences.

"We don't have as many numbers issues as the Lake or Metro West conferences because of school sizes in the Wright County," Holy Family Athletic Director Nick Tibesar said. "In our conference, the west (division) looks a lot different than the east. It's more business as usual for them.

"We're following the guidelines from the state, developing a general understanding among our teams and our league," Tibesar added. "What we don't want is having a family need to know how to follow seven different procedures. We are looking at one consistent approach."

In the SSC, Prior Lake Athletic Director Russ Reetz said its spectator guidelines are "based on Minnesota State High School League and Minnesota Department of Health recommendations."

Go to mshsl.org to specific guidelines for each by clicking on that sport.

While cross country is run outside in large gathering spaces, often times at parks or golf courses, with even two or three schools present, multiple levels in action, attendance quickly adds up.

That is why Lake Conference coaches have decided to not allow spectators this fall at meets.

"(There were) lots of ideas talked about including no spectators, or limited spectators," Minnetonka Athletic Director Ted Schultz said. "There were many logistics to come in, parking, size of teams, capacity, within MDH guidelines, which all weighed into an 'official' decision.

"I really commend the cross country coaches," Schultz added. "They did an awesome job coordinating everything. At the end of the day, these kids are going to be able to do something.

Girls swimming and diving will not allow spectators in the pool area since the action is inside, something the MSHSL acknowledged as a deterrent for allowing fans in the stands.

Swimming and diving is the only indoor sport allowed to participate this fall. Volleyball was moved to the spring.

Major changes are not needed at most tennis court venues. Fans can spread out outside the fenches. Soccer fans are encouraged to spread out in the fans and around the fields.