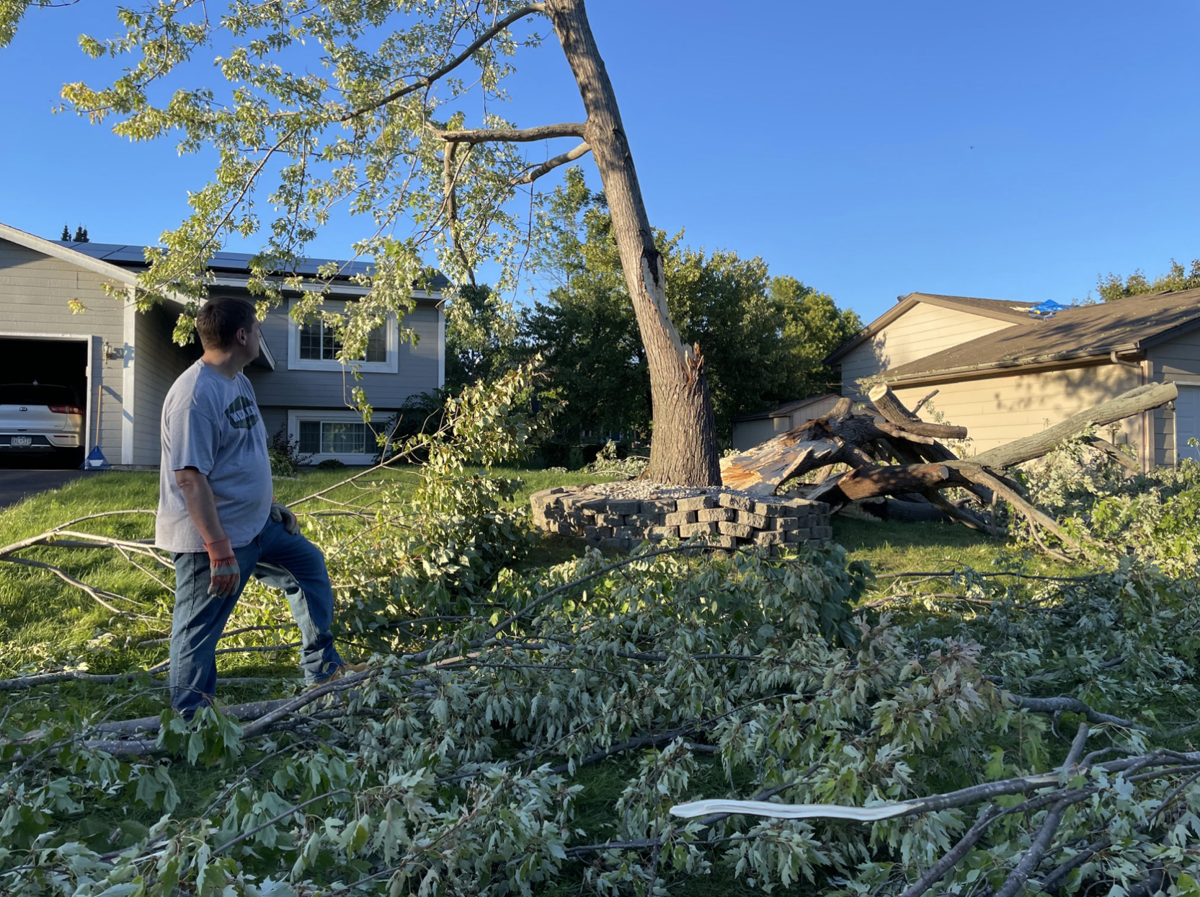 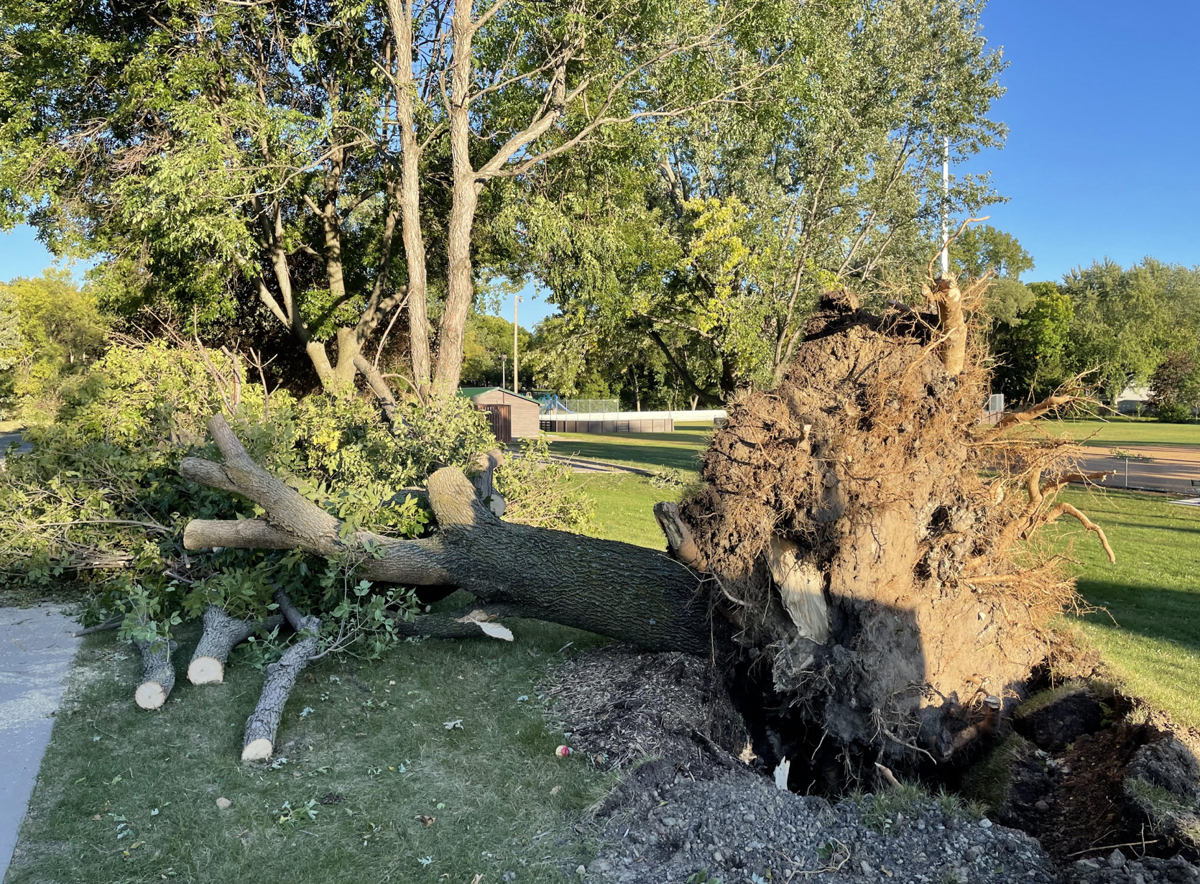 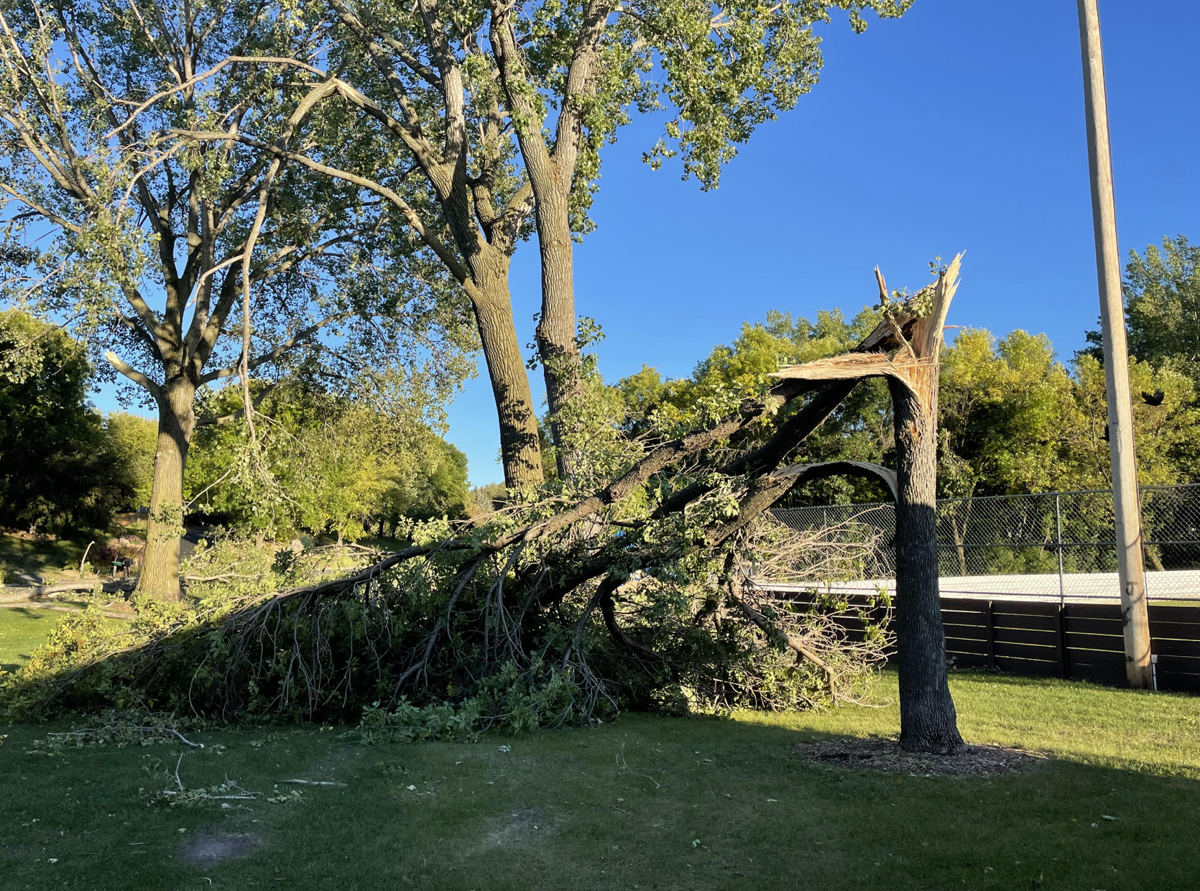 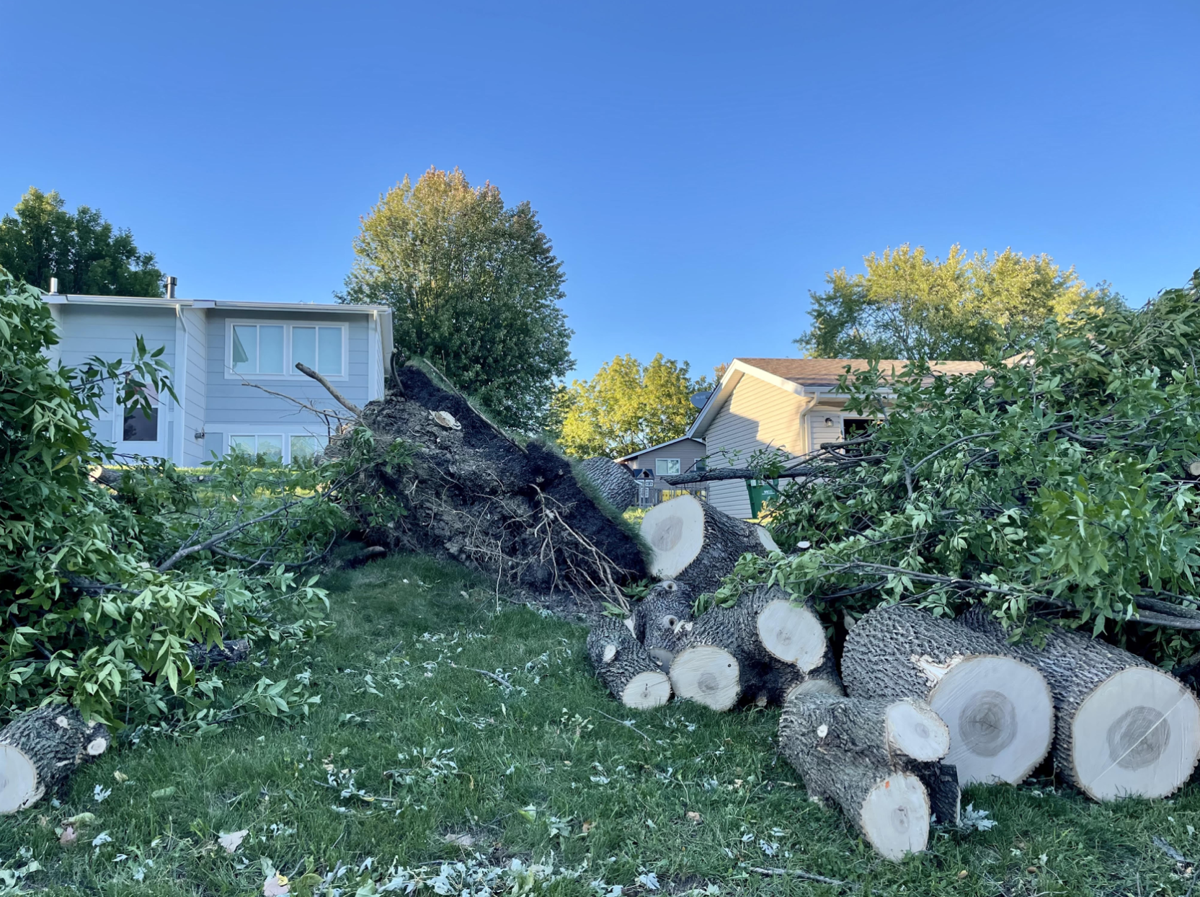 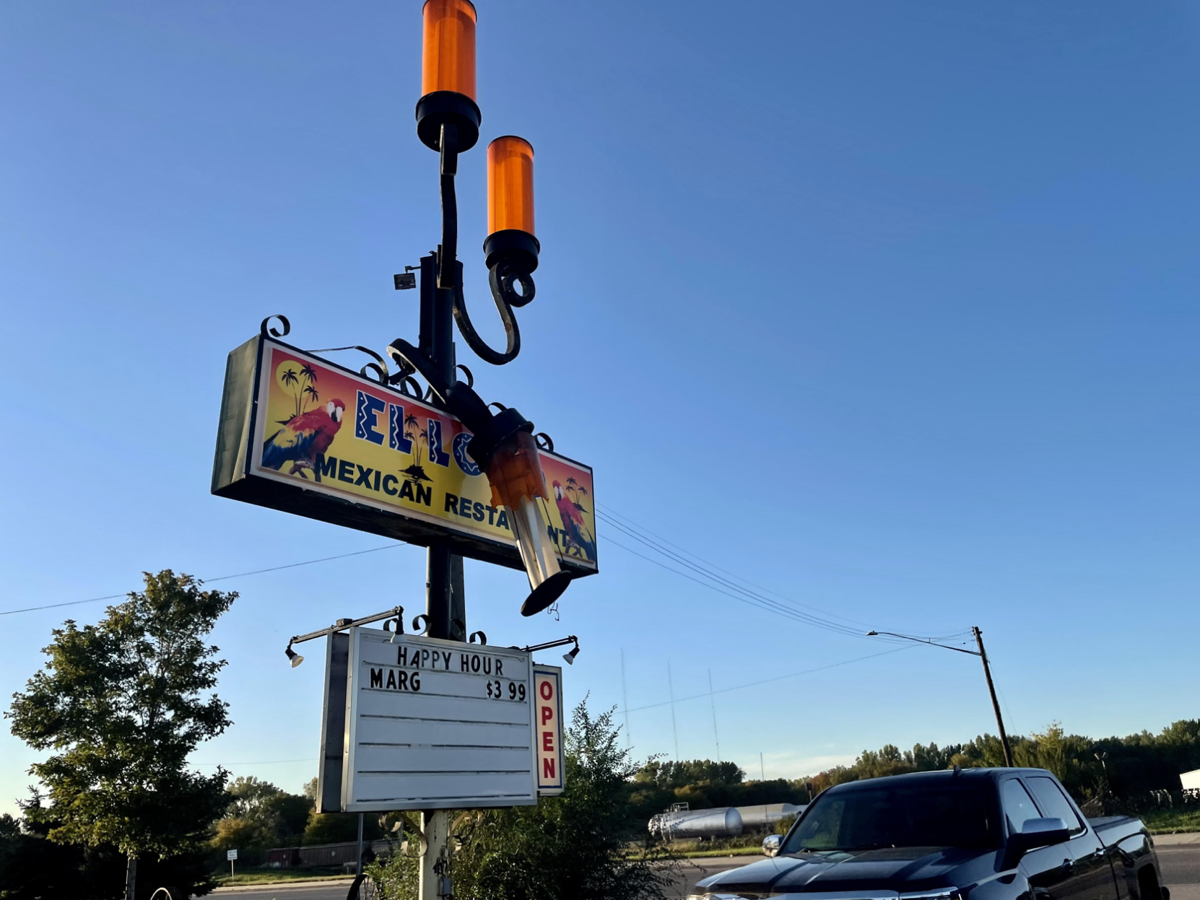 An estimated 160 tons of storm debris was removed early this week from Savage neighborhoods impacted by last week's severe storm and tornado, according to the city.

The storm, which occurred around 3 a.m. on Friday, Sept. 17, produced damaging winds throughout the Twin Cities and spawned confirmed tornados in Savage, Burnsville and Apple Valley.

Dave Huizenga, a resident in the 13000 block of Foxberry Road, said he believes the tornado touched down on his street.

"Something touched down in my yard and just obliterated six trees," he said, adding the force of the winds broke mature trees in half.

His wife, he said, described hearing a loud boom followed by the sound of a freight train. A metal box from a neighbor's sprinkler system smashed against their house.

Grunzke, with the NWS, said there's no explanation for the loud boom residents heard, but it might've been a lightening strike. The freight train sound, he said, commonly describes the sound of being under a tornado.

No emergency sirens were activated during Friday's storm, but a severe thunderstorm warning had been issued in the area.

"These types of tornados spin up very fast," Grunzke said. "They can occur within a minute or two, so trying to predict them ahead of time is very difficult."

Falling trees landed on several homes in the 13700 block of Zarthan Avenue.

At Community Park, the strong winds bent the fencing out of shape at the newly-opened pickleball courts.

The city's public works garage nearby also took a hit, with three doors missing and damage to the roof, according to Ron Holbreck, the deputy emergency management director for Scott County.

Additionally, several streetlights were flattened along Connelly Parkway and multiple road signs and traffic lights were warped by the winds.

Crews were able to reconfigure the substation and quickly restore power, but additional repairs will be needed, according to Buffington.

Savage City Administrator Brad Larson said they're working to assess the cost of damages caused by the storm and tornado. Much of the public property damaged during the storm is insured, he said.

However, the damage caused by the severe weather crossed county lines, which might make it more difficult for local governments to seek reimbursement from the state.

Damages must reach $250,000 to qualify for the state's support, but damages in Scott and Dakota counties will be totaled separately despite being caused by the same storm.

Dakota County's tornadoes occurred in northeast Burnsville near Highway 13 and Cliff Road and in Apple Valley near Cedar Avenue and 145th Street — both traveled shorter distances than the tornado confirmed in Savage.

As of Wednesday, the City of Savage's clean-up efforts in local parks and neighborhoods had cleared an estimated 161 tons of storm debris, according to Larson.

City crews brought 80 loads of debris to the Organics Recycling Facility on Monday and another 81 loads on Tuesday.