Calcareous fen communities, a rare type of wetland that supports engendered plant communities, is protected on a 441-acre wetland complex in Savage. 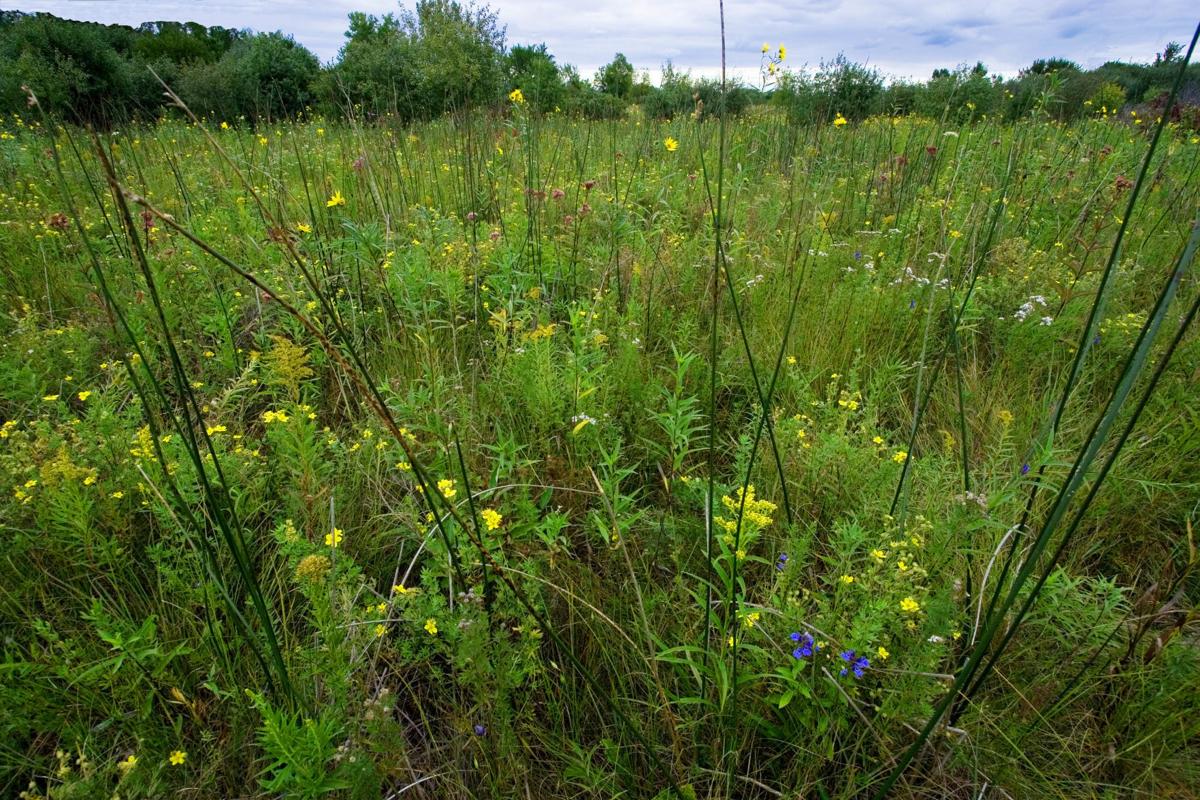 Top - Savage is home to calcareous fen — a type of wetland that supports rare plants and wildflowers.

Above - The Small White Lady’s-slipper is one of seven plant species found in Savage Fen that are state-listed as either threatened or of special concern. 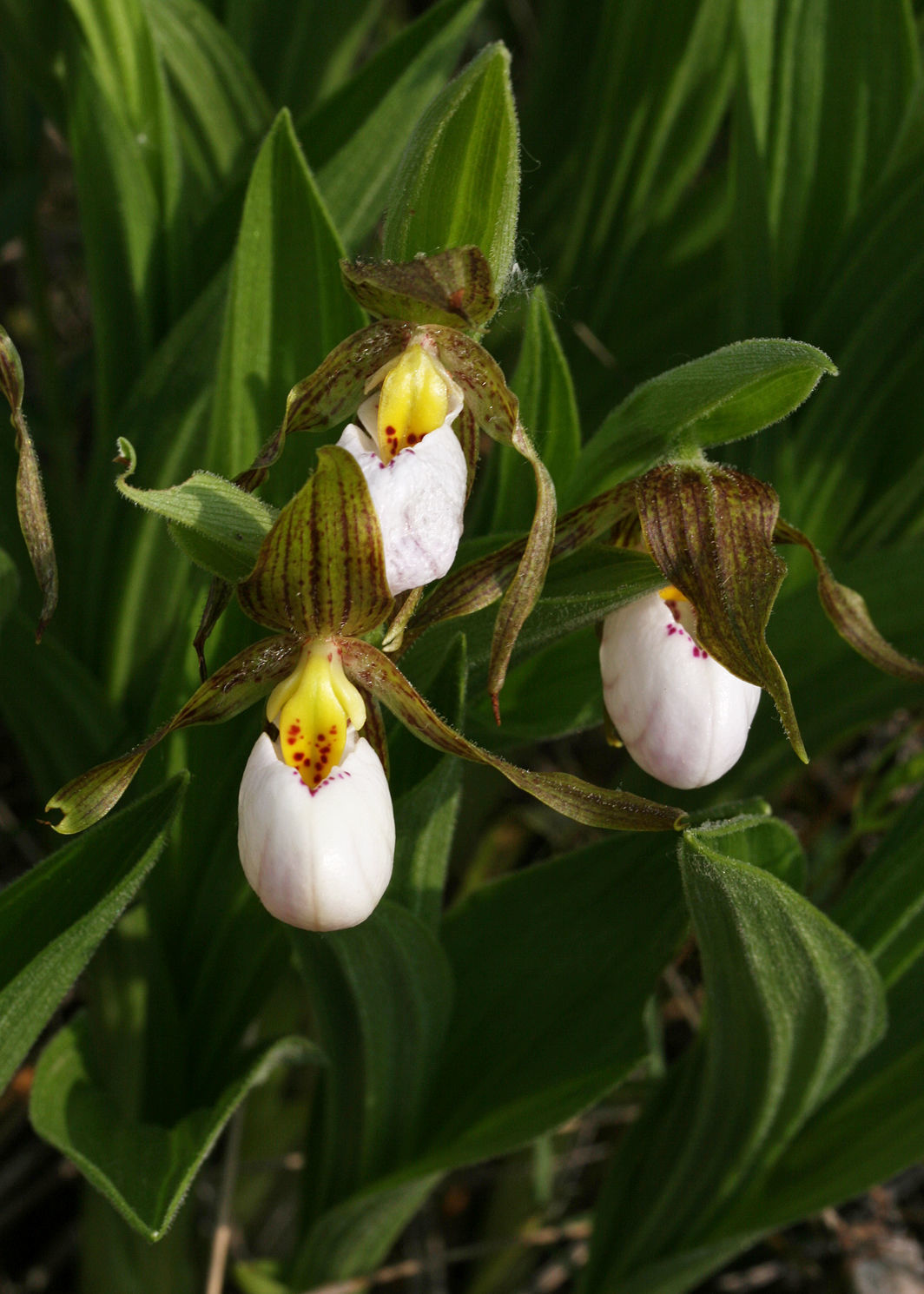 The Small White Lady’s-Slipper is one of seven plant species found in Savage Fen that are state-listed as either threatened or of special concern. 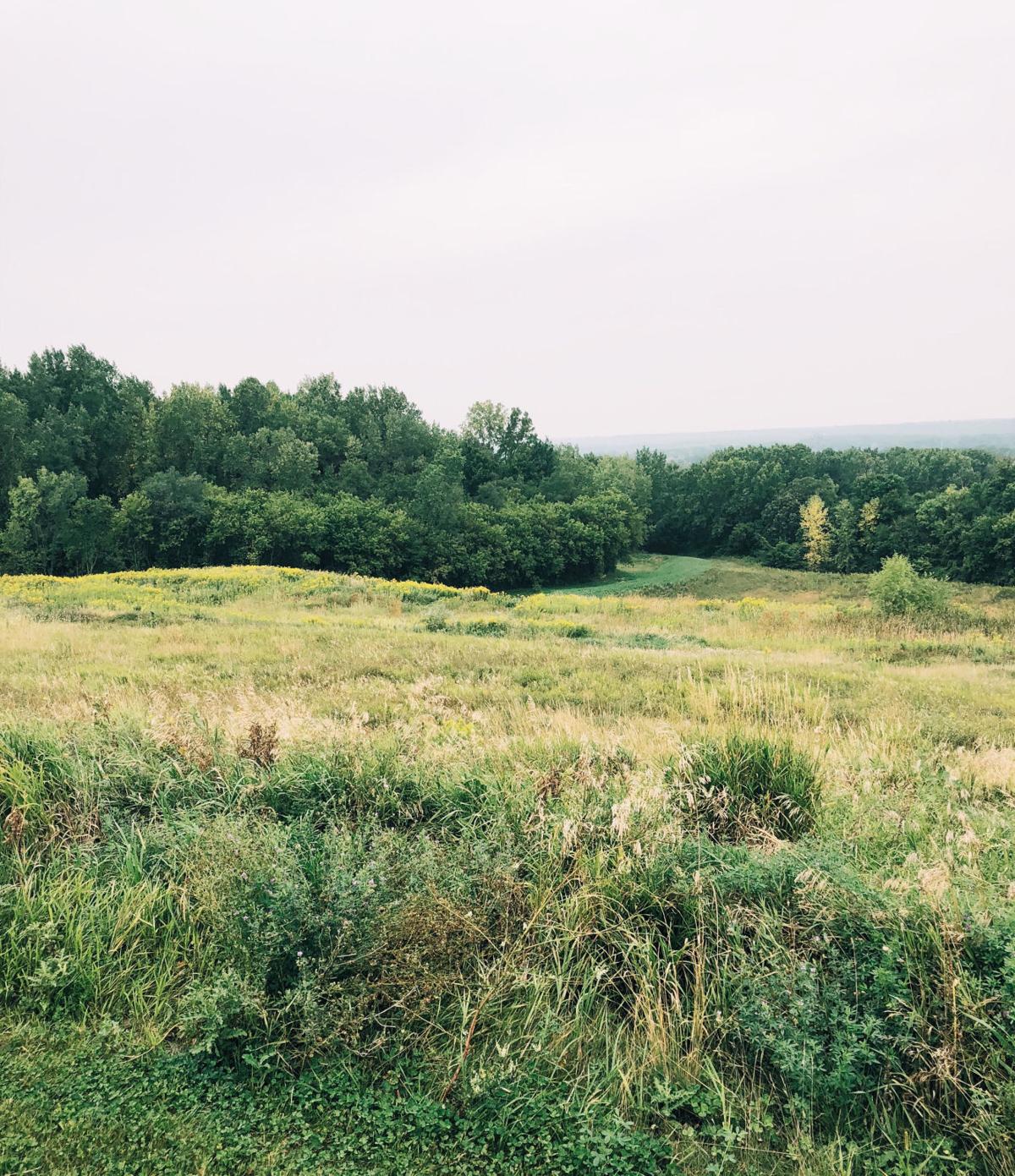 Calcareous fen communities, a rare type of wetland that supports engendered plant communities, is protected on a 441-acre wetland complex in Savage.

Top - Savage is home to calcareous fen — a type of wetland that supports rare plants and wildflowers.

Above - The Small White Lady’s-slipper is one of seven plant species found in Savage Fen that are state-listed as either threatened or of special concern.

The Small White Lady’s-Slipper is one of seven plant species found in Savage Fen that are state-listed as either threatened or of special concern.

The 441-acre Savage Fen wetland — home to rare and endangered plants and birds — is nestled between busy roads, industrial operations and housing developments.

The expansive wetland is seemingly in a bubble, but that’s far from the truth. Impacts on the wetland’s water source can come from miles away and invasive species pose a growing threat to its natural plant communities.

Despite the continual challenges to maintain and restore a fen in an urban area, Steve Eggers, Senior Ecologist with the U.S. Army Corps of Engineers and author of “Wetland Plants and Plant Communities of Minnesota and Wisconsin,” said the Savage Fen is a success story, largely due to the city’s efforts to protect its water supply. Despite the rapid spread of invasive species, which threatens the fen, Eggers said it’s not time to give up.

Savage Mayor Janet Williams said that the city of Savage is known for it’s efforts to protect natural resources, yet she said she’s been disappointed with the overall condition of the fen in recent years and hopes that more collaborative efforts can help maintain and restore it.

According to Wetlands Program Coordinator with the Minnesota Department of Natural Resources Doug Norris, a fen is a type of wetland that is supported by ground water, as opposed to surface water. Calcareous fen — which is a part of the Savage fen — is a rare type of wetland with a specific chemistry that only certain plants are adapted to survive in. While the entire 441-acre site in Savage is a wetland, only a few core areas have a strong calcareous fen community.

Norris said there are about 200 known calcareous fen wetlands in the state. It might sound like a lot, he said, but in terms of acreage, it’s a pretty rare find and the calcareous fen in Savage is one of the largest.

The health of a fen relies on its hydrology — where the water that feeds the fen is coming from and how easily it can get there. Norris said that when rain water falls in parts of Savage, it percolates down through the soil, absorbs key elements such as calcium and magnesium and ends up, eventually, in the fen.

Williams recalled exploring the Credit River in her childhood and walking through the fen before anybody really knew what it was.

“We knew that there was something different about it,” Williams said. “You knew because the vegetation was different and it was just kind of squishy.”

Back in 1926, “The Naturalist’s Guide to the Americas” — a 761-page compilation of descriptions of natural areas put together by a committee and membership of the Ecological Society of America — called for preservation of the Savage Fen.

Eggers said back in the 1920s the fen was mostly left alone because it wasn’t good for farming. Horses and equipment would sink and it wasn’t good for pasture. For many decades, only certain professors seemed to study or care about the Savage Fen.

In the 1970s, the city zoned the land for commercial/industrial use. The waterlogged peat was too challenging to attract major development and so the land still remained largely undisturbed. Things started to change in the early 1980s when wetland regulations came into play as scientists discovered more about the significance of the fens along the Lower Minnesota River Valley.

“That was a huge complex of fens,” Eggers said. “We are looking at the remnants today because of all the disturbances that have occurred because of urbanization.”

In 1991, the Minnesota Wetland Conservation Act was passed into law, which aims at minimizing the disturbance of wetlands. Since then, the number of known wetlands has doubled.

According to DJ Forbes, Program Manager for The Trust for Public Land, the first 42.5-acre parcel of the fen was acquired and designated a Scientific and Natural Area in 1989. Scientific and Natural Areas are permanently protected areas recognized for outstanding ecological features. According to Eggers, they can be located on public lands managed by other agencies (like the U.S. Fish and Wildlife Service), as well as private lands owned by conservation groups or other private entities. In 2009, a private landowner in Savage added his adjacent 68 acres of the land to the designated area through a sale with the DNR. In 2013, 188 acres were added to it through a land exchange with the U.S. Fish and Wildlife Service.

Hydrology is the key factor in maintaining and restoring fens because of the fen’s reliance on groundwater. If the fen starts to dry up, it loses defenses against invasive species, which is the other main concern in the health of the fen.

“This is a real success story,” Eggers said about Savage’s efforts as a city to maintain the fen.

According to Eggers, the city of Savage was once drilling municipal wells into the same aquifer that feeds the fen, Eagle Creek and Boiling Springs. The adverse effects on the aquatic resources were showing as groundwater diminished.

In the late 1990s, Savage and Burnsville officials worked with the DNR to create a plan for managing groundwater resources. Savage officials agreed to spend roughly $50,000 more per well to drill wells deeper in avoidance of the supporting aquifers. At the same time, they backed off use of the old wells and reduced water withdrawals.

In 2009, Savage made a joint agreement with Burnsville to use the water that Kraemer Mining & Materials Inc. had previously been dumping into the Minnesota River.

Eggers said that there might not be another story like this — of city’s agreeing to spend more in efforts to restore wetland — in the country.

“It’s quite a monumental success,” he said.

However, Williams said that there’s no restrictions on other communities — such as Prior Lake — that continue to source water from the aquifer.

There’s two ways of looking at the situation, she said. On the one hand, the city is recognized for its environmentally-minded efforts. One the other hand, the fen has impeded development in Savage in a lot of ways. For example, preservation of the fen put the kibosh on plans to connect County Road 27 (McColl Drive) to Highway 13 near where City Hall is located.

Looking to the future

Despite the hydrology being in good shape, invasive species pose a serious threat to the Savage Fen.

Phragmites, a 6 to 9 foot tall reed grass that grows in colonies, and glossy buckthorn, a European shrub, are two of the most dominant invasive species competing for space in the fen. Reed canary grass, another invasive species, grows where the soil was disturbed back in the 1960s for construction of a pipeline.

Eggers said that a lot of manual labor, including cutting and applying herbicide, is needed to keep up with the invaders. Prescribed burns are needed as well.

In fact, he said, most of the native plant species respond well to fire because herbaceous plants are mostly underground.

“It’s needed to keep the fen healthy,” he said.

And although residents may complain about soot on their patio furniture, prescribed burns have been proven to significantly reduce glossy buckthorn at the Savage Fen.

“It’s quite a complicated plan to do a prescribed burn in an urban area but it can be done,” he said.

Both Williams and Eggers agree that it needs to be done more often.

Williams is hopeful that one day preservation efforts will succeed to the point of being able to add a walking trail and make the Savage Fen a place that more people can enjoy. Getting all the pieces in place to do a prescribed burn hasn’t been easy, she said, and sometimes the city is left without the preservation support it needs.

“We’ve done what we needed to do so for in order to preserve it but there needs to be a better effort,” Williams said.

According to the Minnesota Department of Natural Resources, a fen is a type of wetland that is supported by ground water instead of surface water.