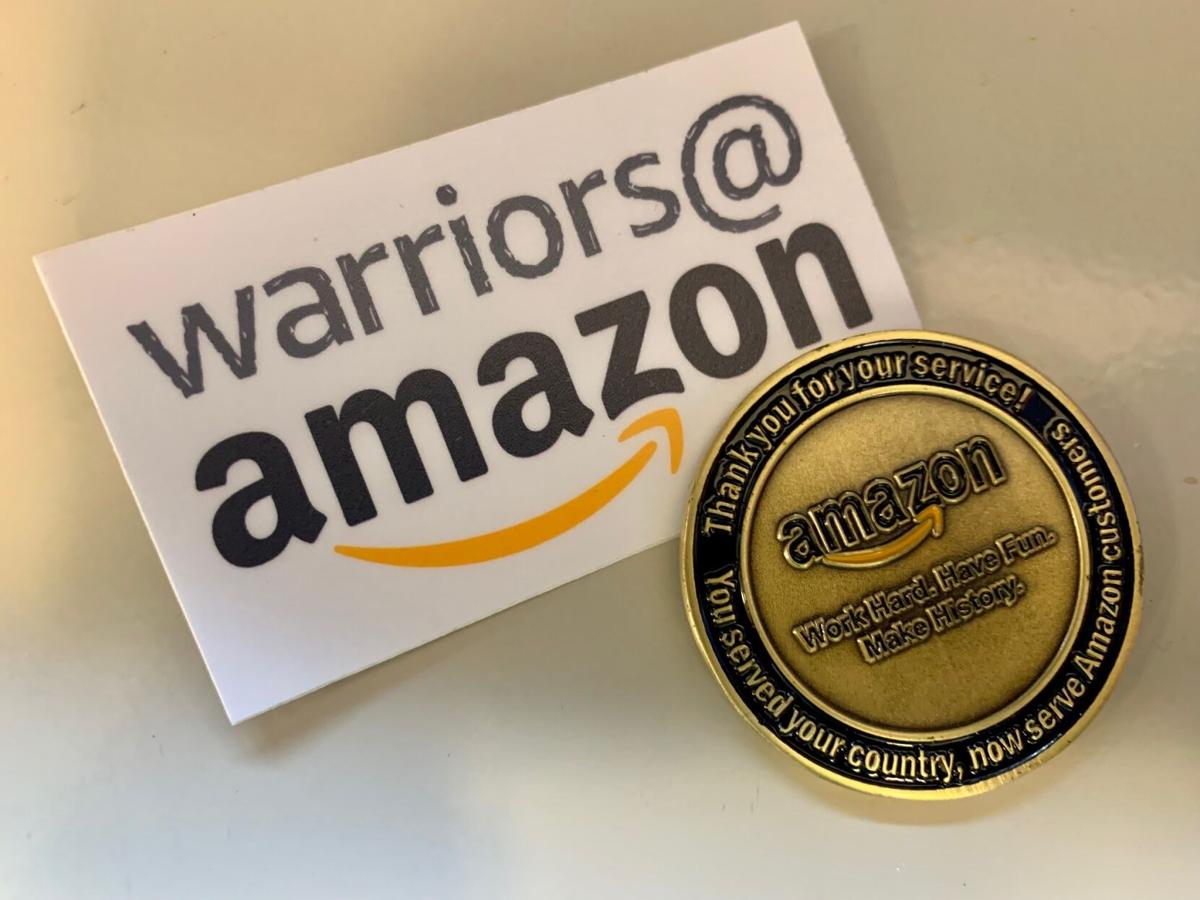 Coins and lanyards were given out to Amazon employees on Veterans Day. 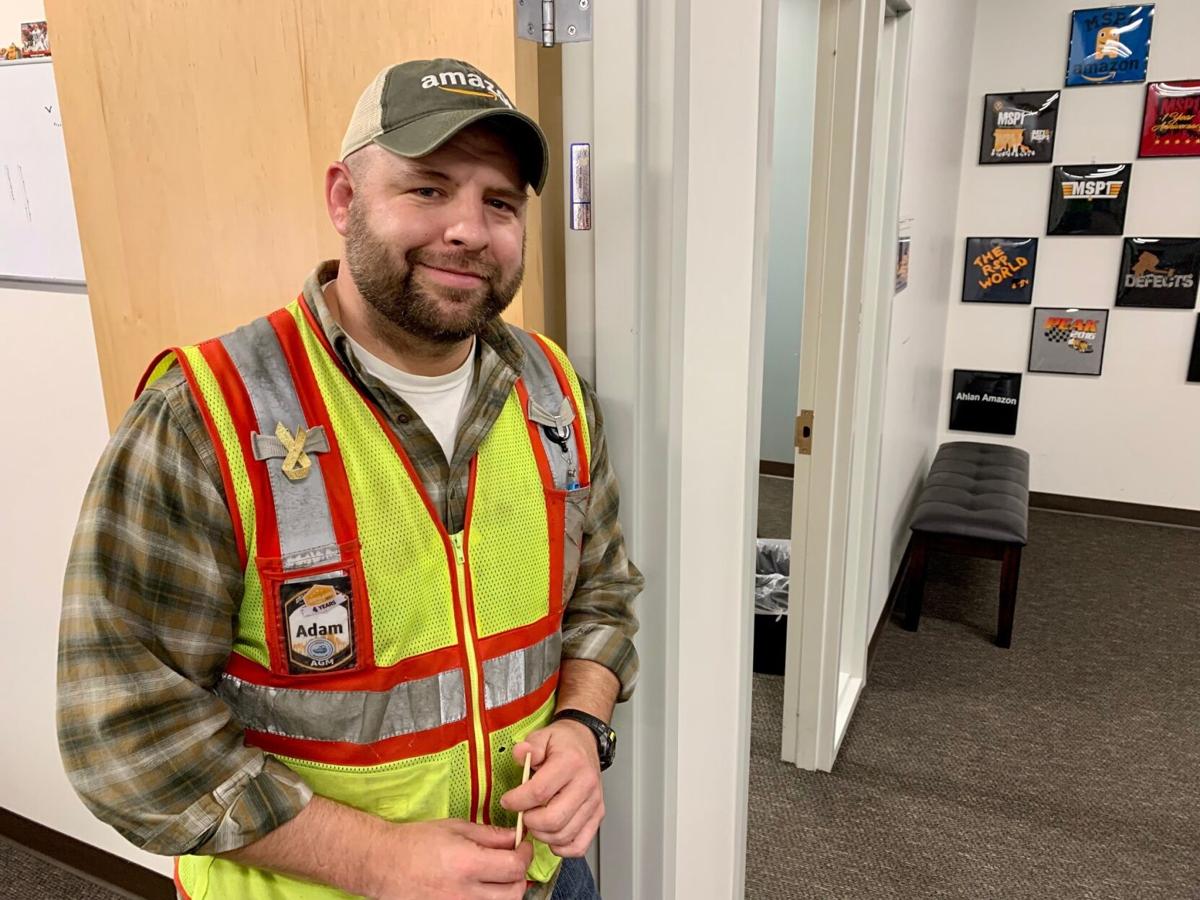 Leaders at the center handed out coins and lanyards to employees on Veterans Day. Throughout the week, Amazon associates left “thank you” messages for current and former service members.

The center’s general managers are both veterans and military leaders who served in Afghanistan. General Manager Chad Fifield is a graduate of West Point, and Assistant General Manager Adam Swift graduated from the United States Air Force Academy.

Swift said he appreciates the fulfillment center taking time to thank its employees who have served.

“I’m just really fortunate to work somewhere that does value it — whether it’s the initiatives to hire more veterans and military spouses or the time off flexibility to continue to serve,” Swift said.

Amazon also recently launched its “Project Juno” program, a tool military spouses can use when moving to a new community to ensure they still have a job within the company. Spouses can input their new home address and moving timeline, and the program will work to find the same or a similar job at Amazon near the new home location.

“Saying, ‘I understand you’re about to start a new chapter, let us help, here’s what we can do for you, here’s how we can support you’ … It’s something really nice for a company to say, but it’s phenomenal for a company to actually do,” Bourne said.