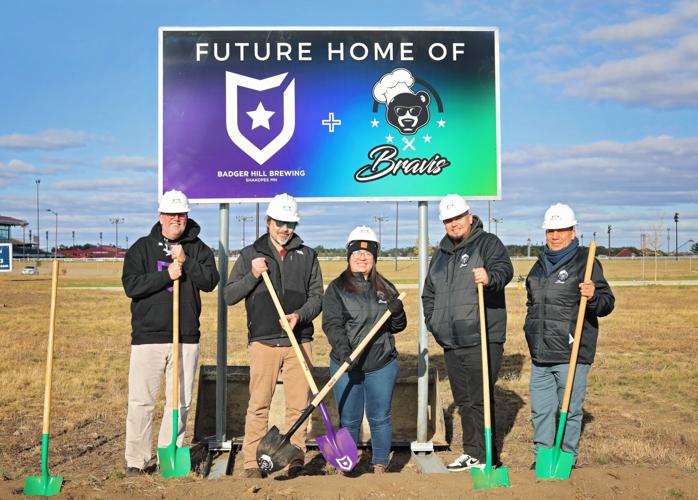 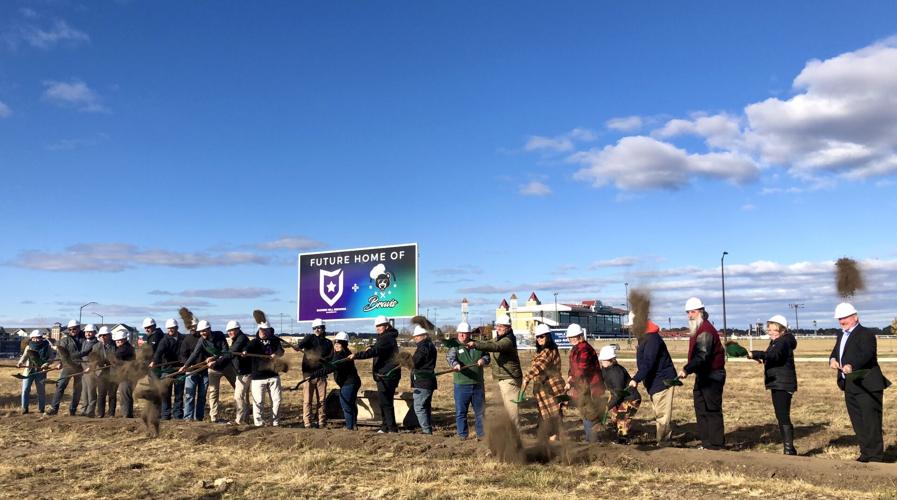 City staff, elected officials and many business owners with the Shakopee Chamber gathered Monday to celebrate with the brewery and restaurant. 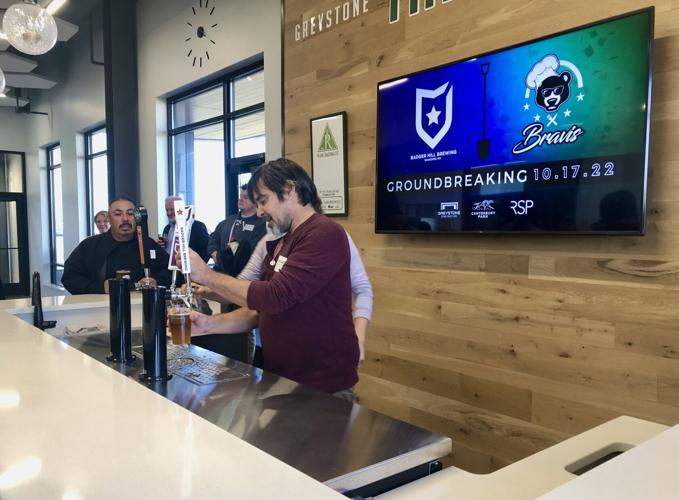 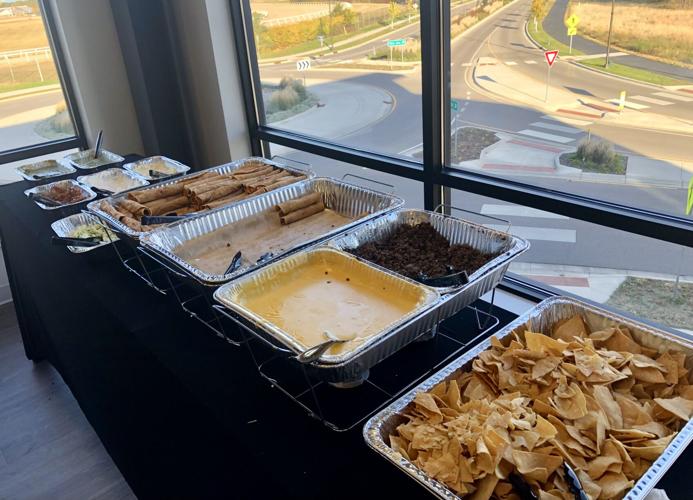 City staff, elected officials and many business owners with the Shakopee Chamber gathered Monday to celebrate with the brewery and restaurant.

Construction on a new Canterbury Commons development kicked off Monday afternoon with a groundbreaking ceremony and celebration.

Local brewery and taproom Badger Hill Brewing and family-owned, authentic Mexican restaurant Bravis Modern Street Food are relocating to this new location and will be sharing the building space. The brewery and restaurant are being designed by RSP Architects and built by Greystone Construction.

While customers will have to wait until June 2023 for the project’s completion, city staff, elected officials and many business owners with the Shakopee Chamber gathered Monday to celebrate with the brewery and restaurant.

“It’s awesome. It’s exciting … and it’s fun to have gotten through all the hurdles to get to this point where we’re actually starting on the building,” Badger Hill CEO Michael Koppelman said.

Badger Hill and Bravis staff both spoke highly about what this move means for their individual companies, as well as upcoming collaborative efforts.

This move has been a long time coming, according to Bravis owner Amayrani Melo. She said the restaurant has been working with Greystone and Canterbury for around a year and a half in preparation for this development.

The restaurant is currently located at a storefront on Lewis Street in downtown Shakopee. But size constraints played a big factor in seeking a new home for Bravis.

“At our current location, we have to have such a small menu because we’re very limited in space when it comes to the kitchen,” Melo said. “This one will allow us to bring more dishes and more drinks.”

Bravis is now looking forward to the exciting additions coming to their new restaurant location. When the Canterbury location opens, Melo raved that it will be the first time Bravis has served a dessert menu or had space for a bar.

“Our flavors are gonna stay the same, and we will continue to showcase our culture — which is our traditional dishes — but also not limit our creativity,” she said. “Our main focus is making that strive to make it feel like home and like you’re family.”

Exciting changes are also set for Badger Hill with this new site. The brewery will start opening at 6 a.m. to serve coffee and espresso beverages on top of its current drink menu.

“Music will also be more at the forefront,” Koppelman added. “We’re building a stage in, and we kind of want to have music all the time. As the auditorium starts getting built and this area grows, we just want to be part of that community of good, local music.”

The site will have additional seating outdoors with multiple patio spaces being built.

While the idea of sharing a building space could be a deterrent to some businesses, Bravis and Badger Hill have welcomed the collaboration.

“We’re mutual fans of each other, I would say. They’re awesome people, and they run an awesome business … I think it’ll be a match made in heaven — beer, music and Mexican food,” Koppelman said.

“When we heard we were gonna share space with Badger Hill, it just seemed right and like a perfect combination with tacos and beer,” Amayrani Melo said, sharing Koppelman’s enthusiasm. “It’s been really good working together as a team coming up with different ideas, how we can work together and make this more so a destination for entertainment.”

The two businesses have already established plans to connect in a way that benefits both the customers and each other. A service window is being set up in the building, so people at the brewery can peruse through Bravis’ menu and order food through the window. The restaurant will also have some of Badger Hill’s beers available within their section of the building.

Guests attending the groundbreaking ceremony got a taste of this collaboration on Monday. Shortly after a few speeches and photos, everyone attending the ceremony enjoyed a happy hour celebration just down the street in Greystone Construction’s taproom. Badger Hill brews and food from Bravis were served for the rest of the afternoon.

Though Bravis could have moved elsewhere, staff said the decision to stay in Shakopee was obvious, referring to the town as the restaurant’s “home base.”

Koppelman highlighted the brewery’s loyalty to Shakopee during a brief speech given to ceremony guests.

“We’ve been super proud to be part of the Shakopee community. We’ve been here eight years, and we just love it here,” he said. “We’re looking forward to bringing good beer and good community and a fun place to go right here.”

Both businesses will remain open at their current Shakopee locations for the time being — Badger Hill at its site on Valley Industrial Boulevard and Bravis in downtown Shakopee.