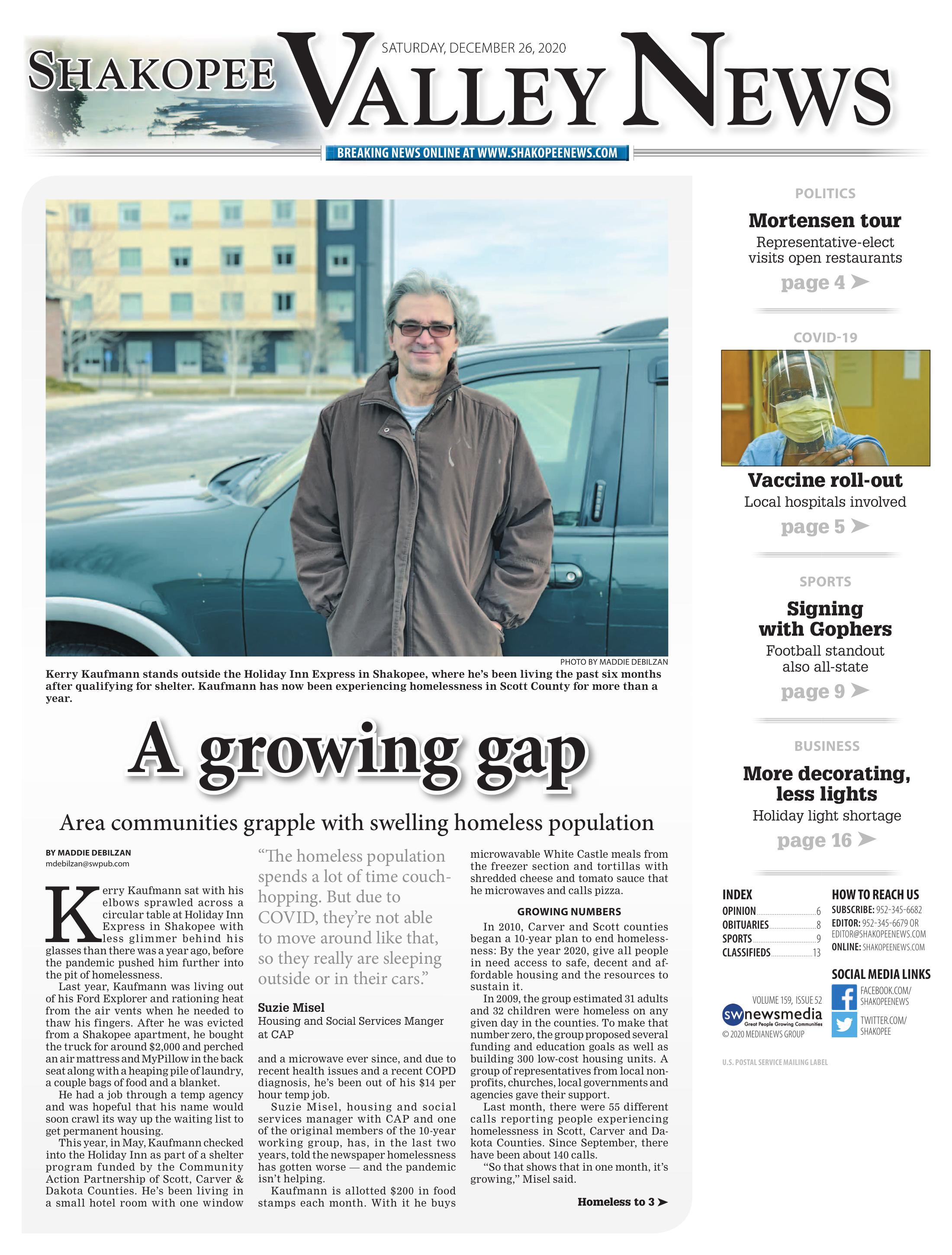 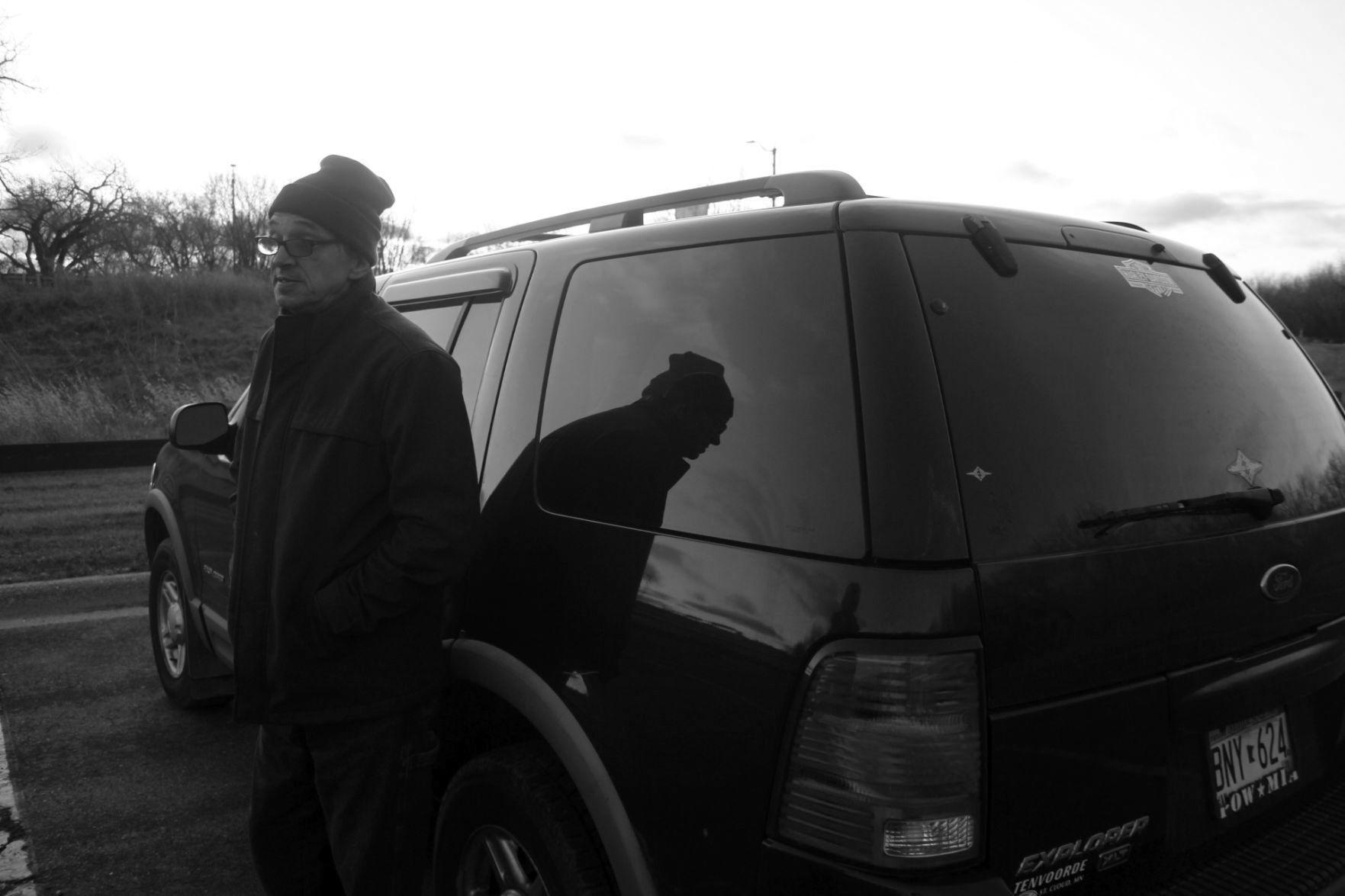 Kerry Kaufmann stands by his SUV parked near the Minnesota River in Shakopee. Kaufmann attended Loaves and Fishes three times a week to receive a hot meal and get a break from the cold.

Last month, there were 55 different calls reporting people experiencing homelessness in Scott, Carver and Dakota Counties. Since September, there have been about 140 calls.

An end to the pandemic is in sight, which also means the end of the Gov. Tim Walz’s moratorium on evictions is hovering. And the CAP Agency worries many residents who haven’t been paying rent the past six months won’t be able to catch up.

Within the CAP agency’s region, Misel said they've received 1,300 calls for housing-related assistance in Scott and Carver counties since Jan. 1 and of those, callers, 475 were homeless. But the agency fears many more residents may be pushing off applying for assistance because of the eviction moratorium.

The governor’s peacetime emergency declaration, which encompasses the eviction moratorium, is currently scheduled to expire on Jan. 13, but it could be extended.

On top of that, Erik Gentry, Director of Housing and Emergency Services for the CAP Agency, said despite the moratorium on evictions there are still landlords demanding money and threatening evictions.

More than two dozen people packed into the lobby outside of the Shakopee City Council chambers Tuesday, many wearing masks, and waited nearly three hours as the city council made its way through a hefty agenda. The group came to either show support or opposition for the construction of a housing project that would reach families who are chronically homeless.

But there’s still a long way to go for Gentry, Misel and CAP Agency partners set out to tackle homelessness in the area. There’s still an excel spreadsheet with a list too long to look at without scrolling, with notes next to names: a van parked in Waconia; a 23-year-old woman sleeping in a tent; a car parked outside Walmart.