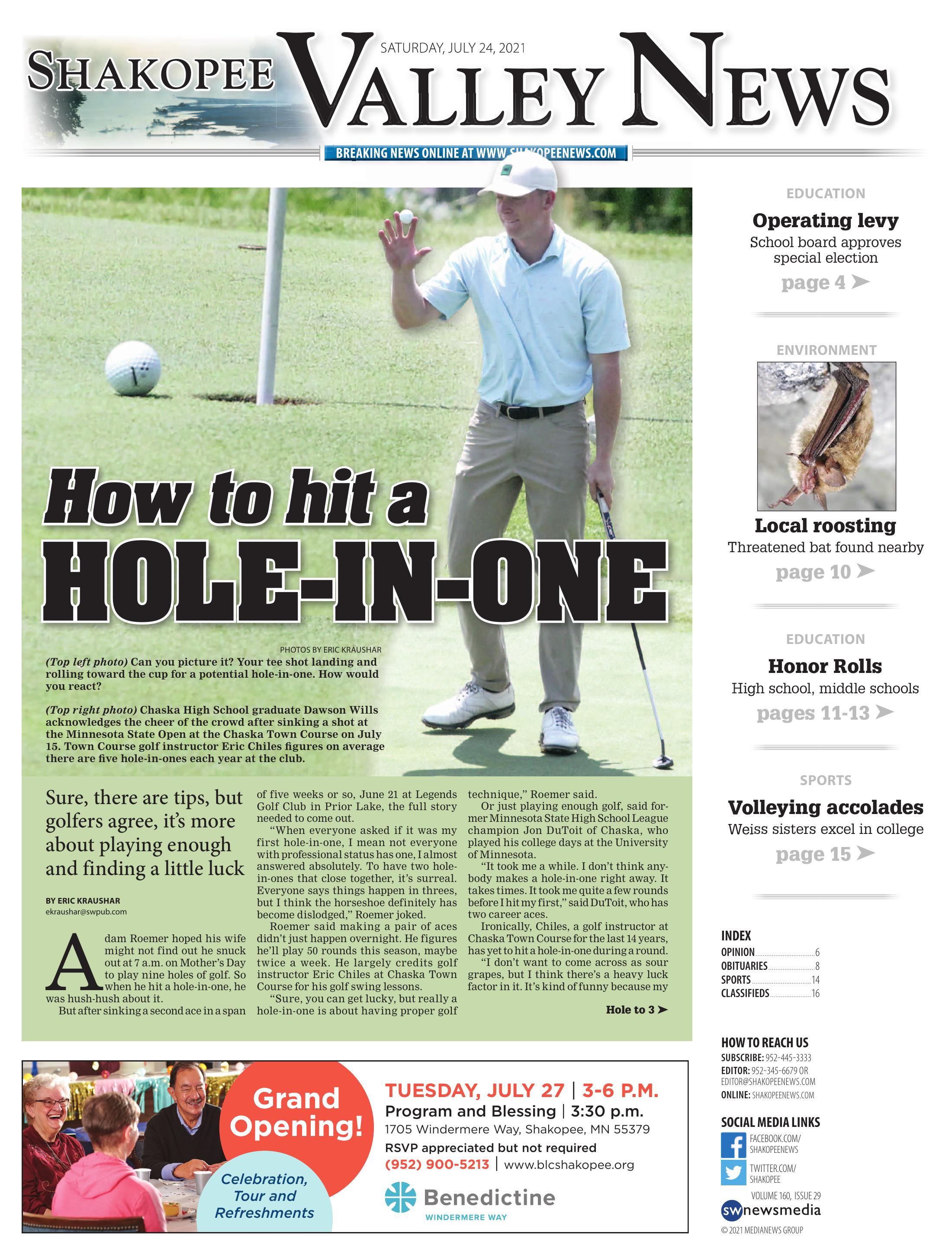 Can you picture it? Your tee shot landing and rolling toward the cup for a potential hole-in-one. How would you react?

Chaska High School graduate Dawson Wills acknowledges the cheer of the crowd after sinking a shot at the Minnesota State Open at the Chaska Town Course on July 15. Town Course golf instructor Eric Chiles figures on average there are five hole-in-ones each year at the club.

Adam Roemer hoped his wife might not find out he snuck out at 7 a.m. on Mother’s Day to play nine holes of golf. So when he hit a hole-in-one, he was hush-hush about it.

But after sinking a second ace in a span of five weeks or so, June 21 at Legends Golf Club in Prior Lake, the full story needed to come out.

“When everyone asked if it was my first hole-in-one, I mean not everyone with professional status has one, I almost answered absolutely. To have two hole-in-ones that close together, it’s surreal. Everyone says things happen in threes, but I think the horseshoe definitely has become dislodged,” Roemer joked.

“Sure, you can get lucky, but really a hole-in-one is about having proper golf technique,” Roemer said.

“It took me a while. I don’t think anybody makes a hole-in-one right away. It takes times. It took me quite a few rounds before I hit my first,” said DuToit, who has two career aces.

Ironically, Chiles, a golf instructor at Chaska Town Course for the last 14 years, has yet to hit a hole-in-one during a round.

“I don’t want to come across as sour grapes, but I think there’s a heavy luck factor in it. It’s kind of funny because my mom has three, my brother has two or three, and I have zero. I’ve had them in the hole and bounce out. I hit back-to-back flagsticks one time. I’ve had everything happen but have one stay in,” Chiles said.

A frost delay, Roemer was among a few golfers on the Chaska Town Course in the early morning of Sunday, May 9. A tee time of 7 a.m., he was paired up with Chaska Rotary past president Dan Lundahl and his son.

Hoping to play a quick nine holes, get home before his wife awoke for Mother’s Day celebration, Roemer found the cup with a pitching wedge from 120 yards on hole No. 4.

Here was the catch. Roemer stayed quiet about it. He reported the shot, with Lundahl his witness, to the clubhouse, but the rest of the day was about his wife, not the hole-in-one.

Fast forward to June 21, a Monday, and Roemer was a late fill-in for a work golf outing at a charity event at Legends. The 17th hole, sponsored by Key Cadillac of Edina, has had a long-standing partnership where if a golfer sinks a hole-in-one in the tournament, the golfer wins a car.

Twenty or so years of sponsorship, no cars awarded. Until 2021.

“No one walks up to a par 3 and thinks they’re going to get a hole-in-one. We’re amateurs. The hole is like 178 yards, all over water. There’s three Cadillacs parked in the tee box. I hit the 7-iron of my life. It hit four feet in front of the cup and rolls in. We all screamed like little girls,” Roemer said.

Two weeks later, Roemer picked up his new Cadillac in shadow metallic color. A two-year lease, but memories that will last a lifetime.

A ROUND ALL AROUND

Roemer, a non-drinker by choice, thought he’d be on the hook for a large tab in the clubhouse after sinking his second hole-in-one. But most of the tournament participants had left, just the few that were around with raffle tickets.

So he donated money toward the tournament’s charity on everyone’s behalf instead.

“I thought I’d be on the hook for a thousand dollars,” Roemer said.

DuToit, who played in the Minnesota State Open July 13-15 at the Chaska Town Course, with his fiancée Kaitlin as his caddie for all 54 holes, was hoping for an ace and an extra reward.

“If he hit a hole-in-one this round, he got to pick the honeymoon spot,” Kaitlin said.

“Every par three, I was like, here’s my chance,” DuToit said.

DuToit’s first ace was at a course that had hole-in-one insurance, so celebration drinks were on the house.

“It goes from celebration to ‘Oh no, I’m on the hook here,’” DuToit said.

Chiles said on average, the Chaska Town Course has five aces a season. Golfers have an opportunity in their round to participate in a hole-in-one challenge on hole No. 6.

Golfers must pre-register and pay a $5 fee. Knock the tee shot in and they receive $10,000 right when they come off the course, Chiles said. A camera is set-up to live record the hole with a monitor in the clubhouse for everyone to watch.

Alright, so there’s luck, there’s technique, there’s play more golf. Any other way to increase the odds of a hole-in-one?

“People that get them always say they visualize the ball going in the hole. I know Brad Pluth (local golf instructor) is big on that. See the ball going in before you shoot. I think he has something like 10 hole-in-ones,” Chiles said. “Then there are the guys like me, a realist, maybe a bit of a pessimist, where I don’t see the ball going in. I see my shot landing six feet from the cup for a birdie chance. Maybe I need to visualize more!” 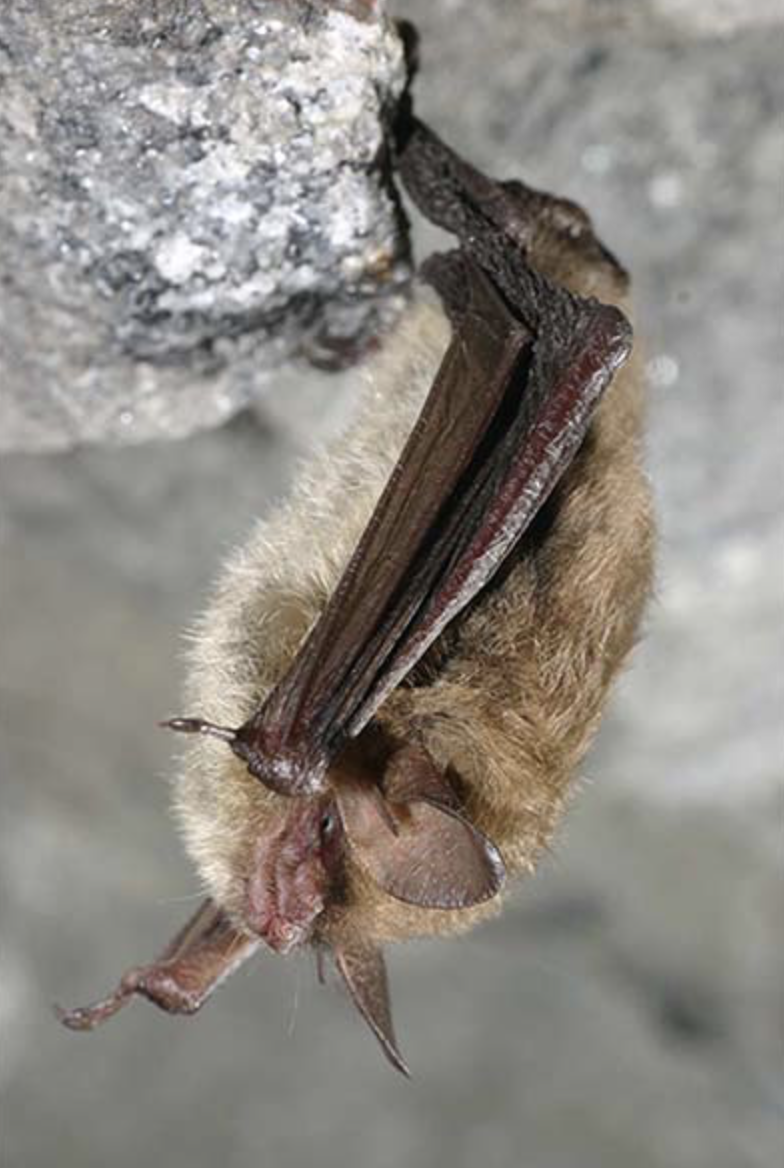