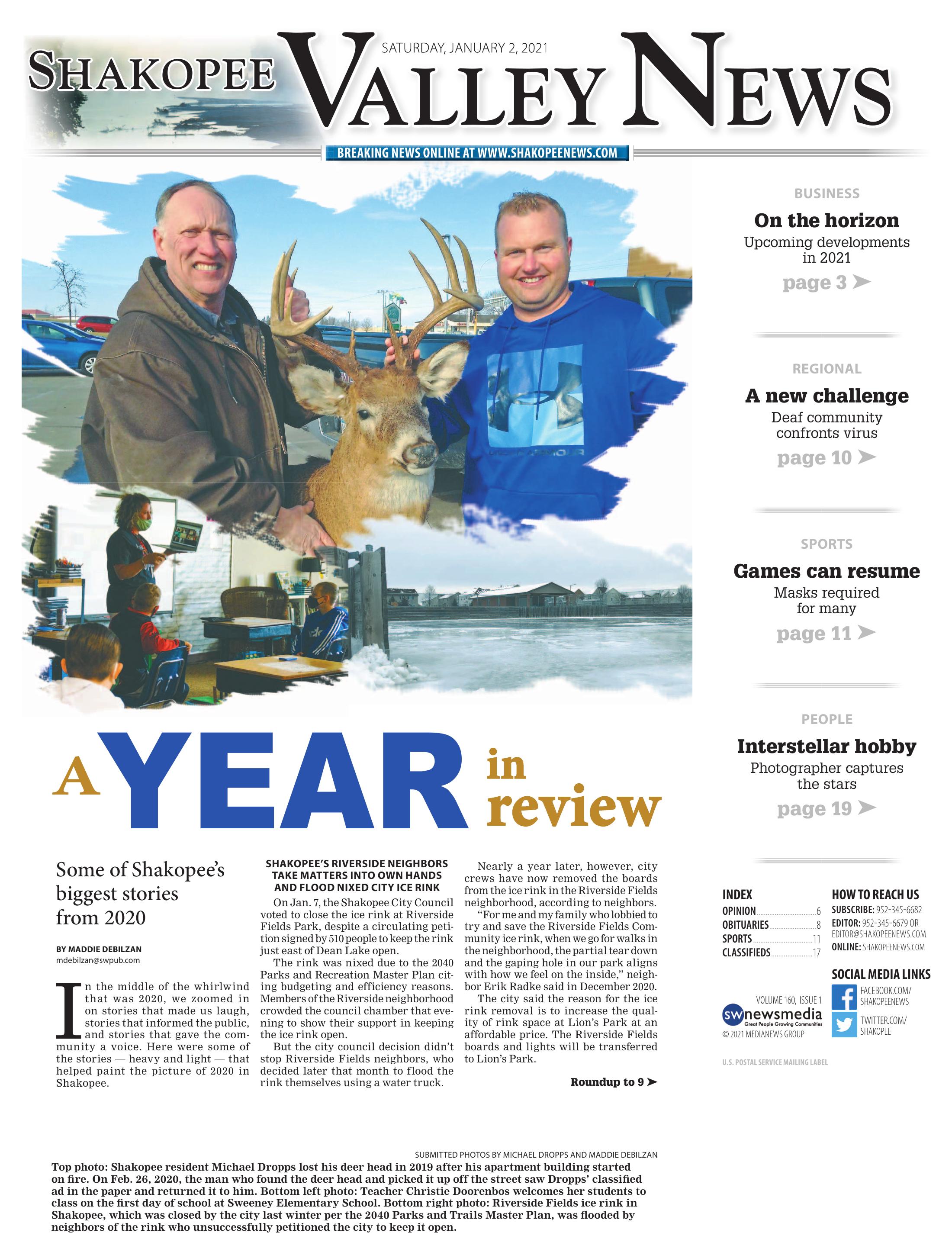 In the middle of the whirlwind that was 2020, we zoomed in on stories that made us laugh, stories that informed the public, and stories that gave the community a voice. Here were some of the stories — heavy and light — that helped paint the picture of 2020 in Shakopee.

On Jan. 7, the Shakopee City Council voted to close the ice rink at Riverside Fields Park, despite a circulating petition signed by 510 people to keep the rink just east of Dean Lake open. 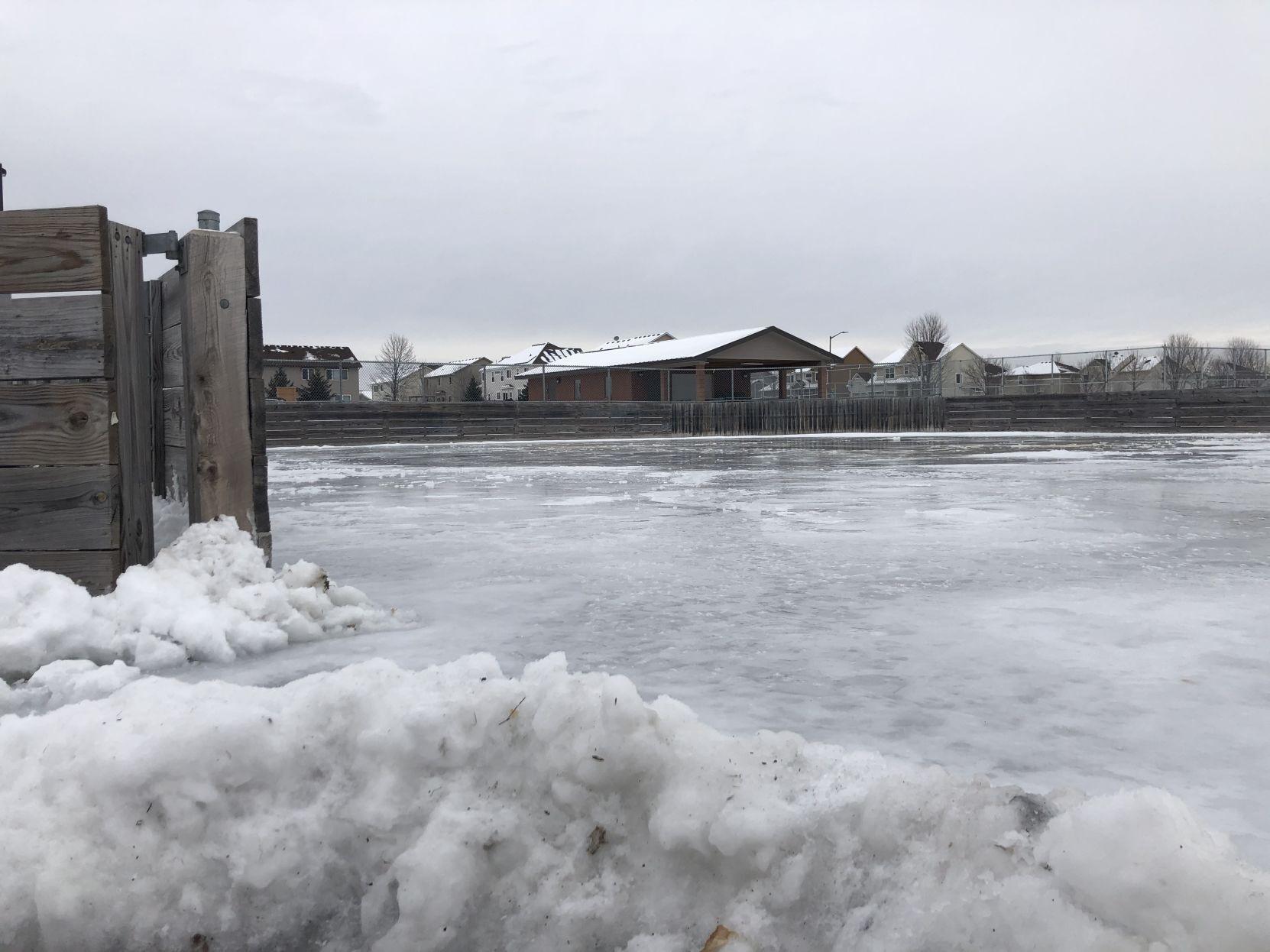 Riverside Fields ice rink in Shakopee, which was closed by the city last winter per the 2040 Parks and Trails Master Plan, was flooded by neighbors of the rink who unsuccessfully petitioned the city to keep it open.

The rink was nixed due to the 2040 Parks and Recreation Master Plan citing budgeting and efficiency reasons. Members of the Riverside neighborhood crowded the council chamber that evening to show their support in keeping the ice rink open.

But the city council decision didn’t stop Riverside Fields neighbors, who decided later that month to flood the rink themselves using a water truck.

Nearly a year later, however, city crews have now removed the boards from the ice rink in the Riverside Fields neighborhood, according to neighbors.

“For me and my family who lobbied to try and save the Riverside Fields Community ice rink, when we go for walks in the neighborhood, the partial tear down and the gaping hole in our park aligns with how we feel on the inside,” neighbor Erik Radke said in December 2020.

The city said the reason for the ice rink removal is to increase the quality of rink space at Lion’s Park at an affordable price. The Riverside Fields boards and lights will be transferred to Lion’s Park.

When Shakopee resident Michael Dropps’ apartment went ablaze on Aug. 22, 2019, the first thing he grabbed was his 10-point mounted buck from his wall — his most prized possession — and put the deer head on his tailgate.

But Dropps forgot the deer head was sitting atop his tailgate when he drove around the corner to get closer to the apartment’s entrance. When he circled back to recover his prized possession, it was gone.

Dropps shot the deer in 2006 in Hill City. His father and uncle, who have both since died, were beside him when he shot it.

Since losing his deer head, Dropps took out a classified ad in the Shakopee Valley News (and the paper’s sister newspapers) offering a $1,000 reward for anyone who returned the deer to him. He also posted flyers throughout downtown Shakopee advertising the reward and even purchased a burner phone because he received so many prank calls related to the deer head.

On Feb. 26, Dropps received a phone call from a Prior Lake man named Jacob Bradley. He told Dropps he thought he had his deer head — and he didn’t want the reward money for it. Bradley said he’d picked up the abandoned deer head from the side of the road while on his way to the Scott County Courthouse, and six months later, he saw an ad for it in the Prior Lake American. 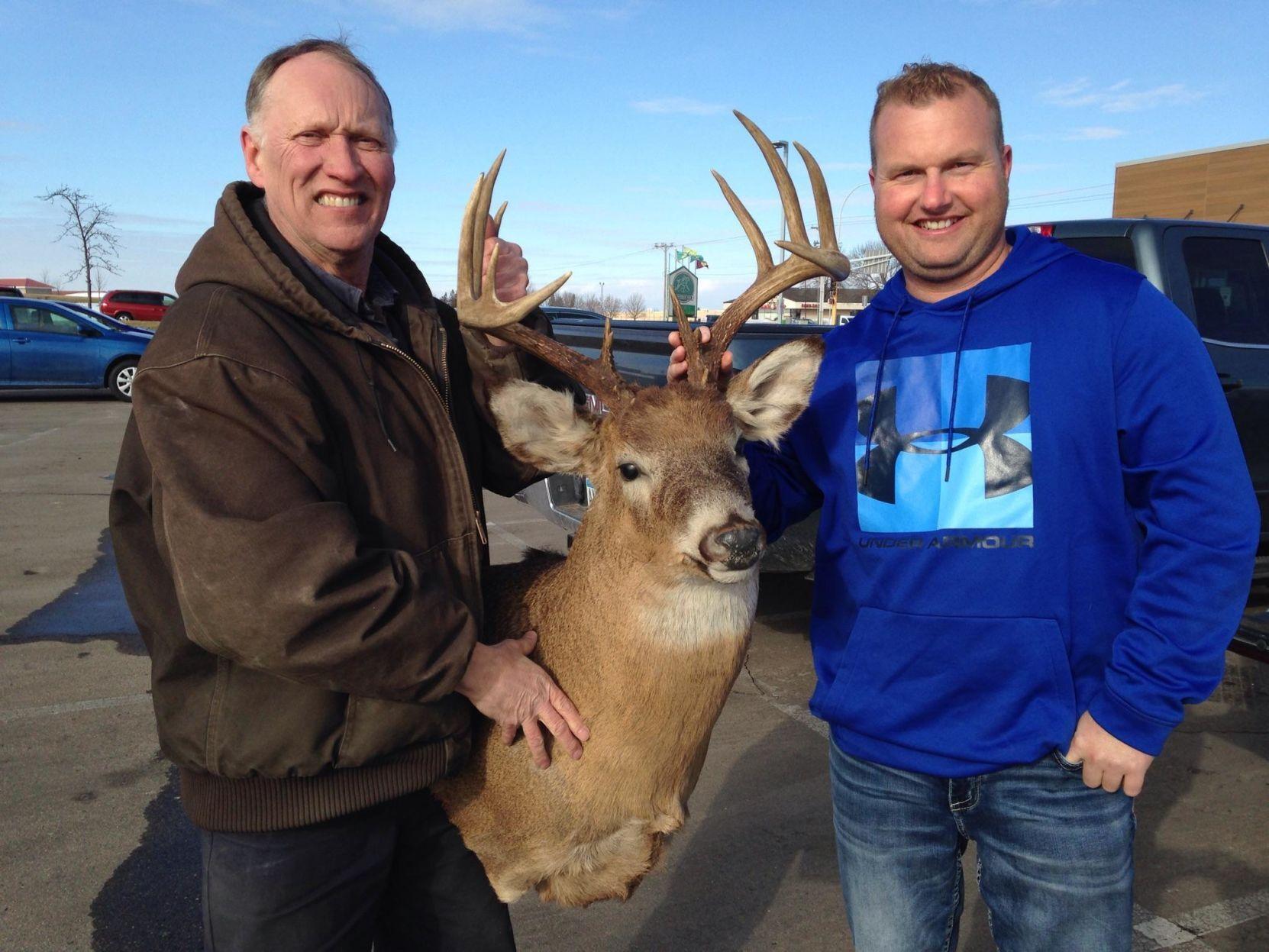 Shakopee resident Michael Dropps lost his deer head in 2019 after his apartment building started on fire. On Feb. 26, 2020, the man who found the deer head and picked it up off the street saw Dropps’ classified ad in the paper and returned it to him.

The relationship between the Shakopee Public Utilities Commission and the city can never be explained in just one breath — and 2020 was no exception.

An investigation revealed that former Shakopee Public Utilities Manager John Crooks had been earning more than the state salary cap allowed for two years. Crooks then signed a separation agreement with the utility. The discussion turned into a contentious set of disagreements between the city and utility around fees, water quality and transparency.

In August, after the investigation was complete, Shakopee City Council voted to add a November ballot question to either keep or dissolve the Shakopee Public Utilities Commission.

When educating the public on the ballot question, the city called SPUC’s transparency standards and water quality into question, sparring another disagreement between the entities. 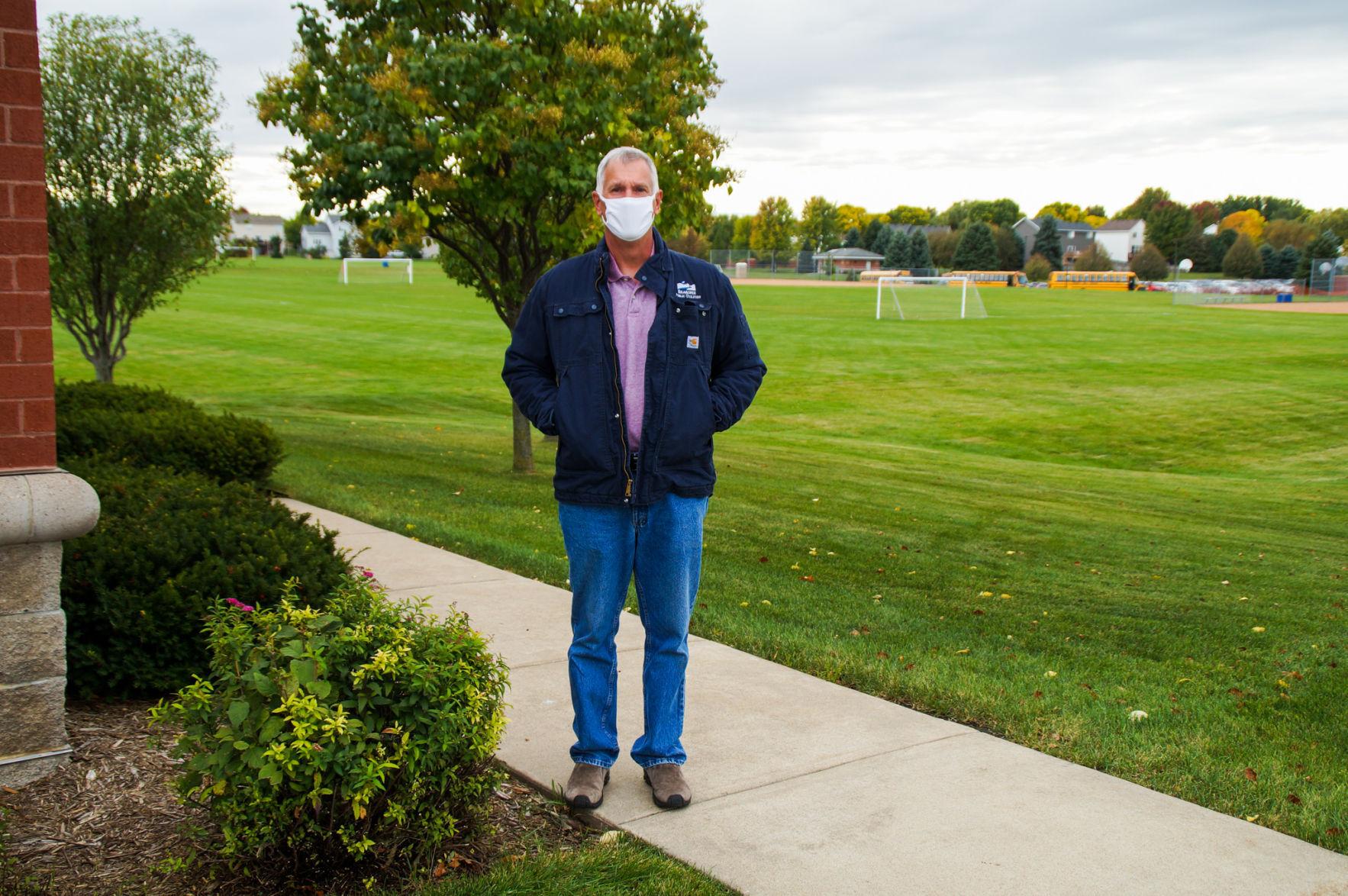 The city of Shakopee said although Shakopee’s water meets the standards, it “does not mean Shakopee’s ground water is high quality,” citing nitrate levels at one well are hovering just below the Minnesota Department of Health limit.

Staff members and some commissioners within the utility, including Water Superintendent Lon Schemel, say the city’s water quality argument is full of “half-truths” with ulterior motives. A representative from the Minnesota Department of Health’s drinking water program said there are “no issues” related to Shakopee’s water safety based on current contaminant levels.

Shakopee voters ultimately chose to maintain the operation of the Shakopee Public Utilities Commission, which means Shakopee’s electric and water utility will remain an independent entity from the city.

The decision means Shakopee’s electric and water utility will remain an independent entity from the city.

Shakopee students, teachers have adjusted all year to changes

On the first day of school in Sweeney Elementary School’s Christie Doorenbos’ fifth-grade classroom, students video-chatted into class from their laptops and waved hello to their in-person classmates, who were learning on opposite hybrid schedules. 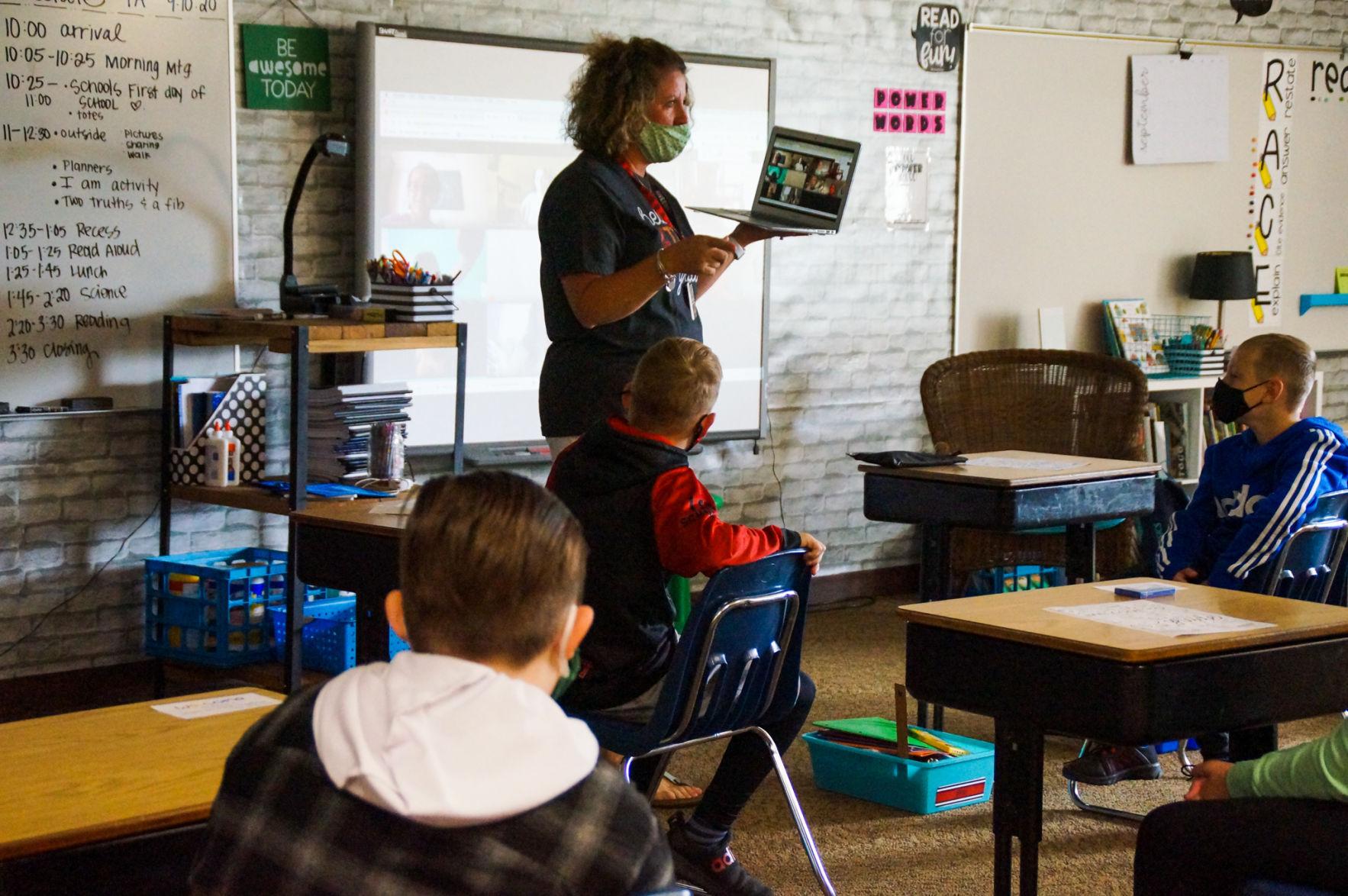 Shakopee students who chose the “in-person, hybrid and distance learning” — or IHD — option for this school year started this fall in the hybrid model.

At 8:40 on a drizzly November morning, Amy Rutter’s Jackson Elementary School kindergarten students were already dancing in their living rooms as part of a necessary “brain break” as parents poured bowls of cereal in the background.

Rutter said for kindergarten students especially, in-person learning is an integral part of the curriculum: learning how to make friends and be a friend, how to work in teams and how to treat other people their age. Shakopee teachers also told the Valley News they worry about overburdening parents with student coursework and that students who struggle with learning independently will fall behind. 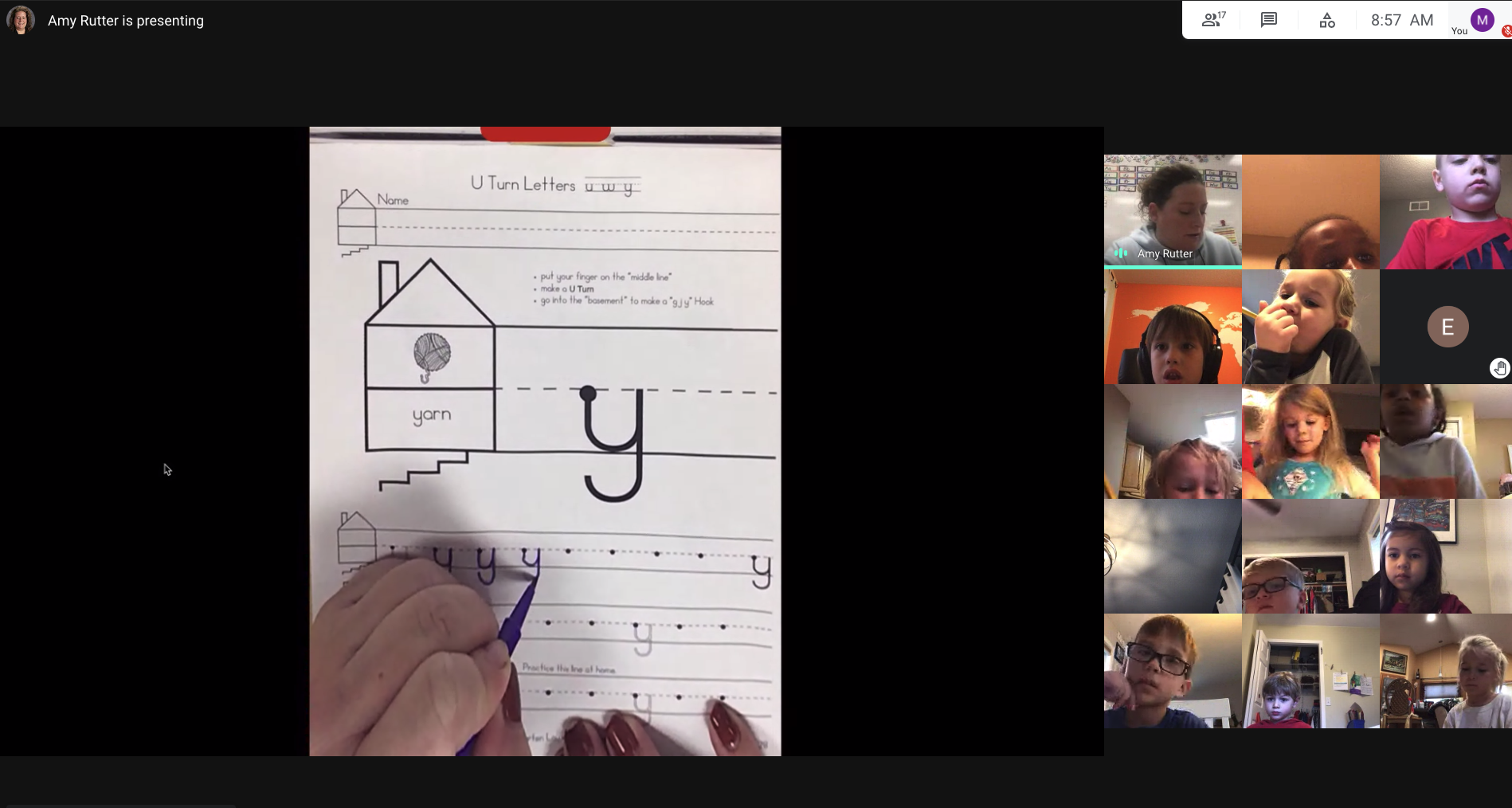 On Dec. 17, the district said Shakopee K-12 students will remain in distance learning through at least Jan. 15, according to a recommendation from Shakopee Public Schools’ pandemic response advisory team.

The recommendation comes after Gov. Tim Walz made a series of new announcements this week which include the ability for elementary schools to reopen for in-person instruction next month with no limits on classroom capacity.

“This date is the earliest that K-12 students in the IHD Program would return to Hybrid learning, however, a formal date has not been set,” the district posted on its website.

Check out the Valley News for updates in the new year.

An election year with a few upheavals

The coronavirus marred much of 2020, and the general election was no exception. Approximately half of voters in Scott County cast their votes via absentee ballot.

Shakopee Public Schools were jarred by referendum results, in which voters said no to a $9 million operating levy referendum. The results mean the district will cut 48 teaching positions, middle school athletics and fifth-grade band for the 2021-2022 school year.

The referendum lost with 54.08% of voters casting their ballots against the proposed $9 million phased-in property tax levy, and 45.92% voted for it. 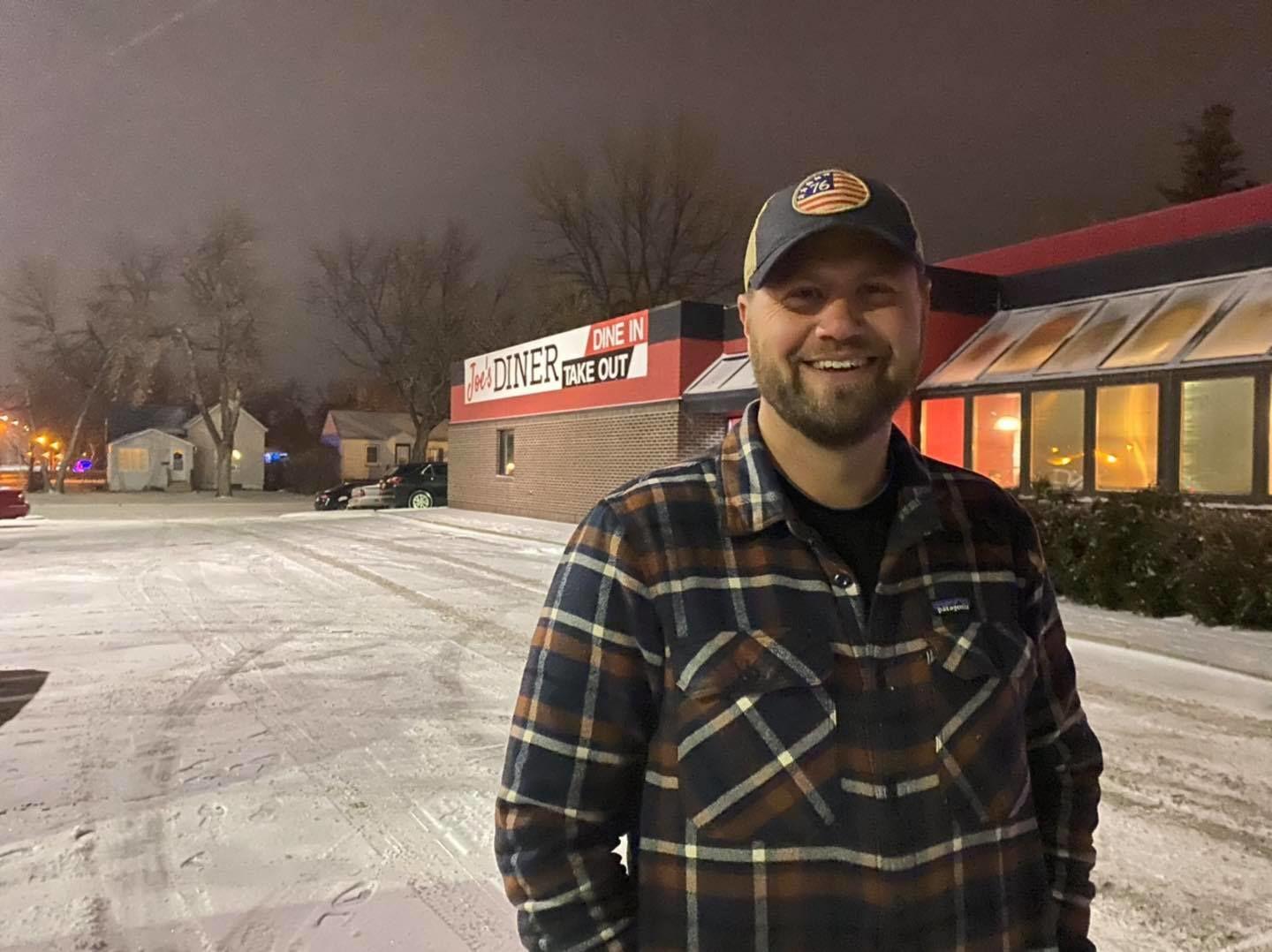 Erik Mortensen, a newly-elected Republican state representative for District 55A, visited five bars and restaurants at the end of December that opened in defiance of the governor’s executive orders to show support for restauranteurs across the state. Mortensen has long maintained that his constituents should be able to make their own choices regarding the size and location of gatherings amid the pandemic.

Since winning the election, Mortensen has protested Gov. Tim Walz’s handling of the pandemic, calling his executive orders a breach in power. On Nov. 25, Mortensen hosted a “freedom celebration” at his Shakopee home ahead of the Thanksgiving holiday in defiance of the then-recent COVID-19 restrictions. He sent an invitation to Walz and Attorney General Keith Ellison. And at the end of December, Mortensen toured five bars and restaurants across the state that were open for indoor seating despite Gov. Tim Walz’s executive order to remain closed.

City Council won’t be changing in 2021, as incumbents Matt Lehman and Jay Whiting were reelected to serve on the Shakopee City Council. Lehman comfortably won 30% of the vote and Whiting took home 17% of the vote in a race among six candidates.

And Shakopee voters overwhelmingly chose to maintain the operation of the Shakopee Public Utilities Commission despite a referendum option to abolish it, which means Shakopee’s electric and water utility will remain an independent entity from the city.

That measure failed with 41.34% of voters casting ballots in favor of dissolving the utility, and 58.66% of voters not in favor.