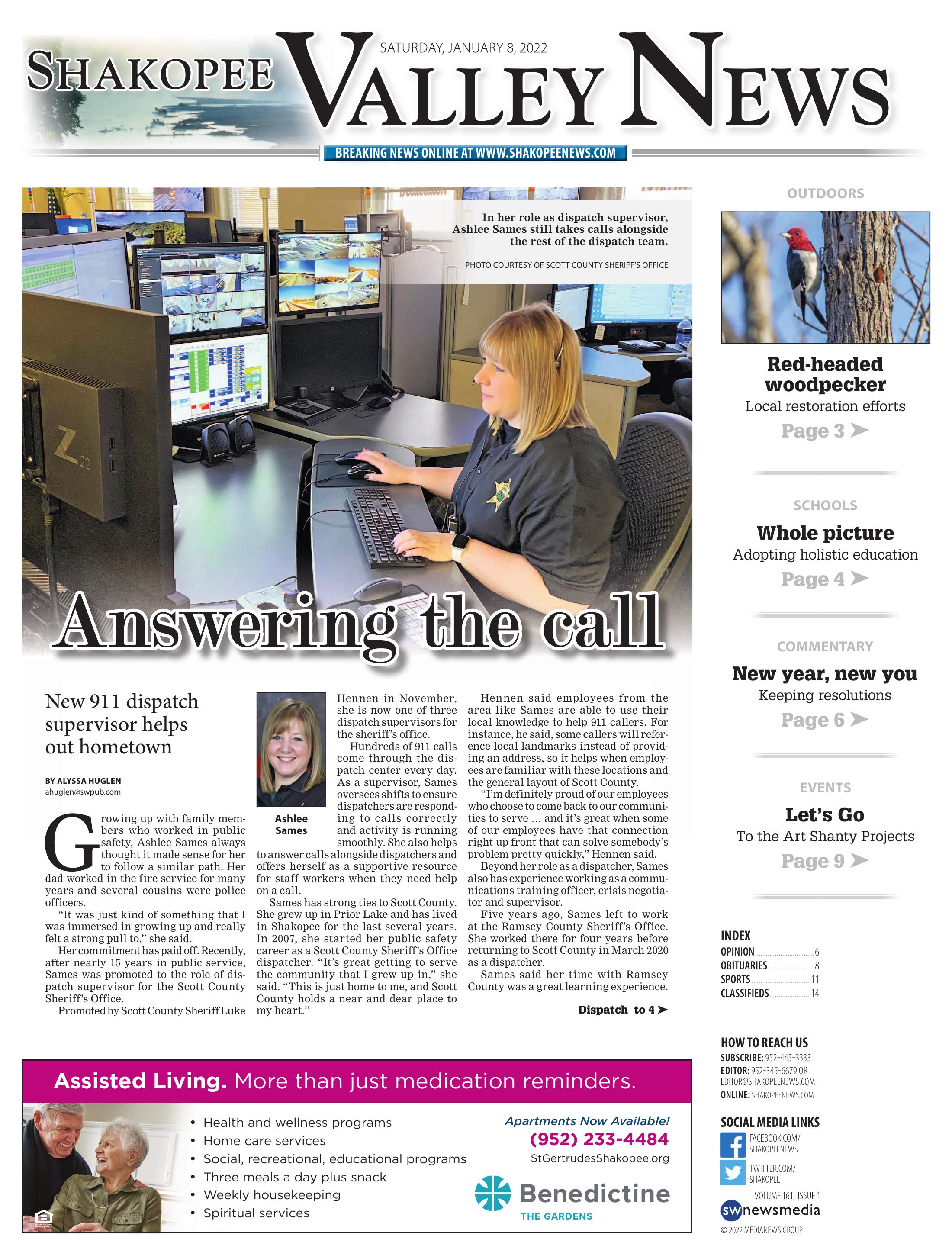 In her role as dispatch supervisor, Ashlee Sames still takes calls alongside the rest of the dispatch team.

Growing up with family members who worked in public safety, Ashlee Sames always thought it made sense for her to follow a similar path. Her dad worked in the fire service for many years and several cousins were police officers.

“It was just kind of something that I was immersed in growing up and really felt a strong pull to,” she said.

Her commitment has paid off. Recently, after nearly 15 years in public service, Sames was promoted to the role of dispatch supervisor for the Scott County Sheriff’s Office.

Promoted by Scott County Sheriff Luke Hennen in November, she is now one of three dispatch supervisors for the sheriff’s office.

Hundreds of 911 calls come through the dispatch center every day. As a supervisor, Sames oversees shifts to ensure dispatchers are responding to calls correctly and activity is running smoothly. She also helps to answer calls alongside dispatchers and offers herself as a supportive resource for staff workers when they need help on a call.

Sames has strong ties to Scott County. She grew up in Prior Lake and has lived in Shakopee for the last several years. In 2007, she started her public safety career as a Scott County Sheriff’s Office dispatcher. “It’s great getting to serve the community that I grew up in,” she said. “This is just home to me, and Scott County holds a near and dear place to my heart.”

Hennen said employees from the area like Sames are able to use their local knowledge to help 911 callers. For instance, he said, some callers will reference local landmarks instead of providing an address, so it helps when employees are familiar with these locations and the general layout of Scott County.

“I’m definitely proud of our employees who choose to come back to our communities to serve … and it’s great when some of our employees have that connection right up front that can solve somebody’s problem pretty quickly,” Hennen said.

Beyond her role as a dispatcher, Sames also has experience working as a communications training officer, crisis negotiator and supervisor.

Five years ago, Sames left to work at the Ramsey County Sheriff’s Office. She worked there for four years before returning to Scott County in March 2020 as a dispatcher.

Sames said her time with Ramsey County was a great learning experience. Working for a more urban agency, she was able to gain knowledge and exposure to the types of calls not seen as often in Scott County.

Hennen said it’s often beneficial to bring in people from other agencies. “Bringing ideas, processes and some of that knowledge back definitely helps us do our business better in our dispatch center,” he said.

DAY ON THE JOB

Sames’ main responsibility as a dispatch supervisor is to oversee the day-to-day activity of shifts. The supervisors also make sure equipment is functioning properly, ensure that shifts are adequately staffed and perform administrative tasks like performance evaluations and quality assurance checks. She also still takes calls and dispatches alongside the rest of the dispatch team. The center is currently comprised of 17 full-time dispatchers.

The dispatch center receives about 500 calls a day, Sames said. According to the Scott County Sheriff’s Office, the center typically sees an average of 250,000 calls a year.

Sames said it’s important in her job to go into autopilot on a high-priority call and revert back to her training by working through the call and processing it. She added that dispatchers do not have time to dwell on calls when things get busy, so getting into “go mode” is essential.

One of the biggest misconceptions, she said, is that dispatchers immediately know where someone is located when a call comes in. In reality, the first question dispatchers ask about is the location of the emergency. Another misconception is that everyone on staff works on handling each call together. Sames said the center typically has call takers and dispatchers managing calls independently.

Looking ahead, Sames said she is excited to work as a dispatch supervisor and provide support to the rest of the dispatch team.

“I look forward to being a resource to our staff and someone they can go to for assistance with questions, help on a call if they need me to jump in or whatever I can do to support them in their position,” Sames said. “I look forward to having this opportunity.” 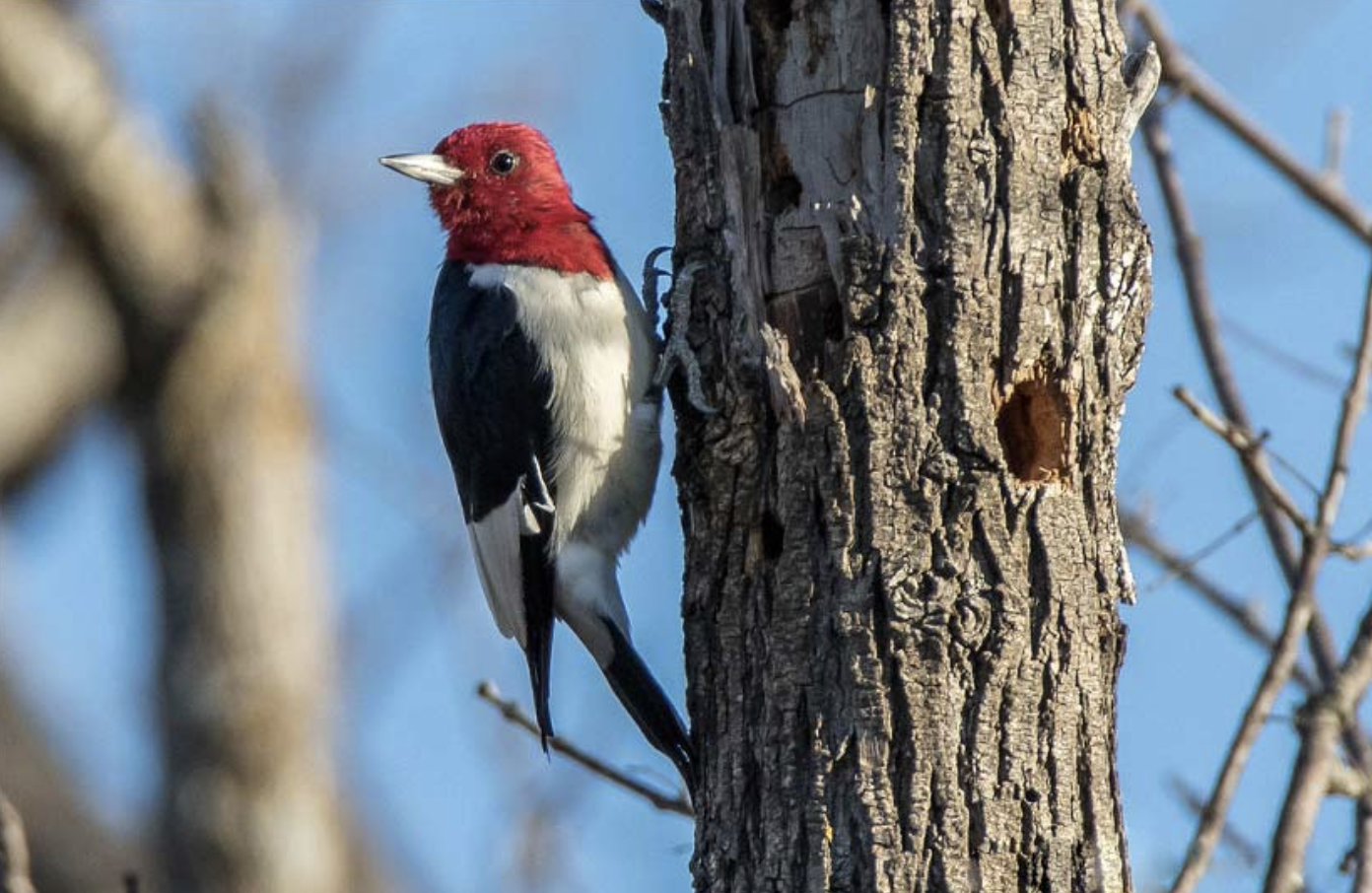