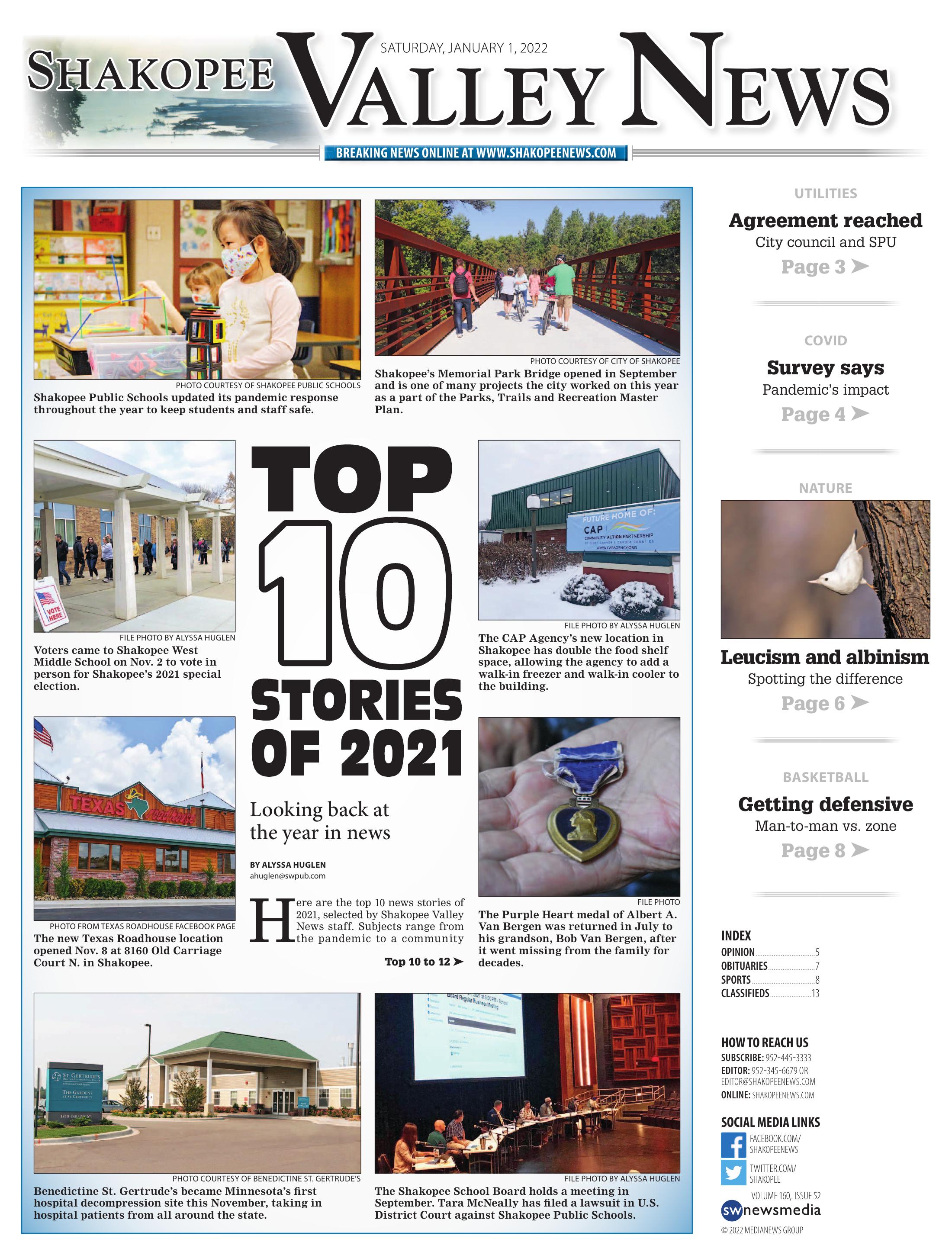 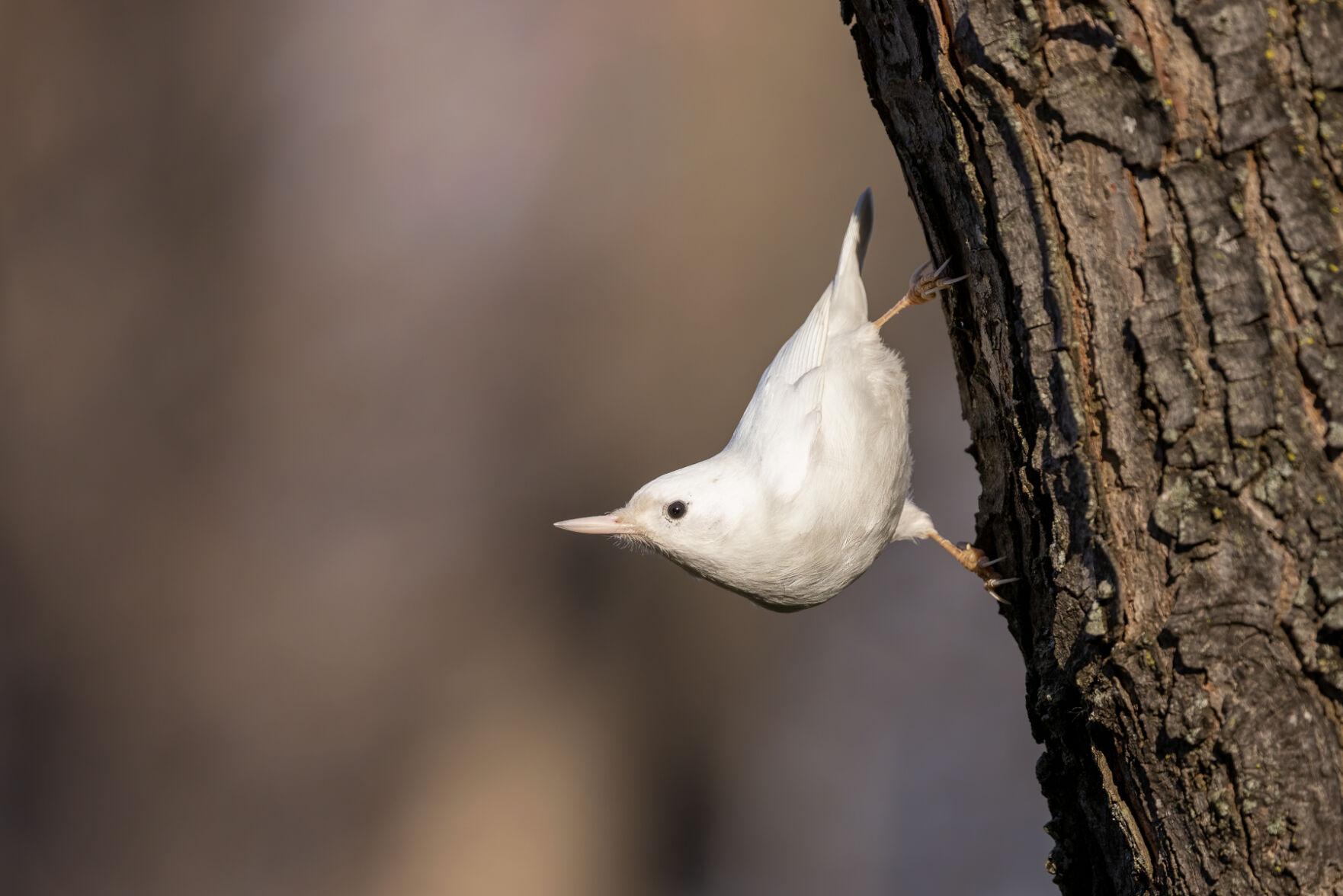 Here are the top 10 news stories of 2021, selected by Shakopee Valley News staff. Subjects range from the pandemic to a community tragedy to city developments to the school referendum.

Do you have a suggestion for this year’s top 10? Email editor@shakopeenews.com.

1. Another year of COVID 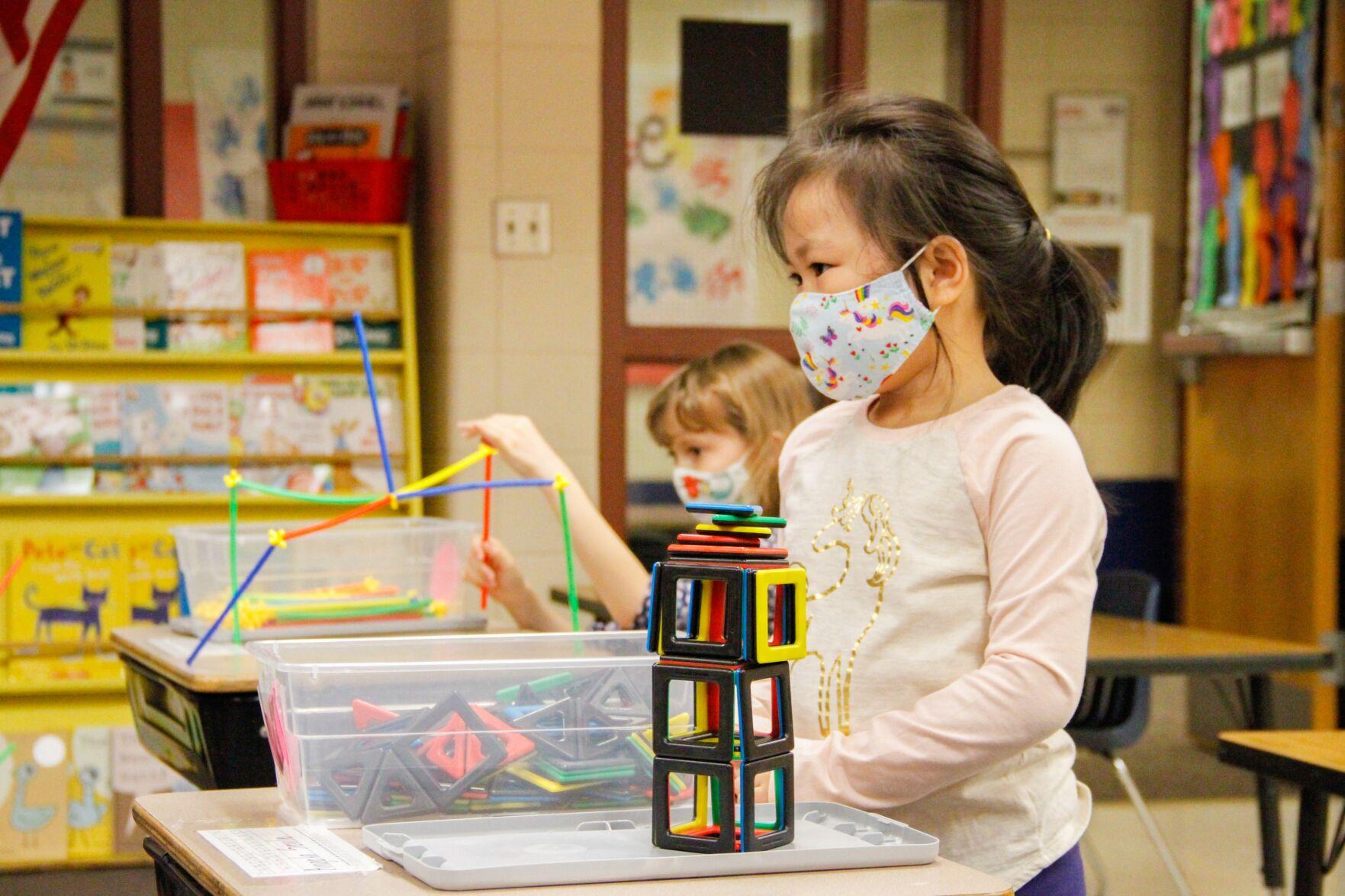 Shakopee Public Schools updated its pandemic response throughout the year to keep students and staff safe.

The Shakopee Public Schools district updated its pandemic response multiple times with help from its Pandemic Response Advisory Team. Responding to the pandemic became a priority for the school board this year — especially regarding masking policy decisions in schools. 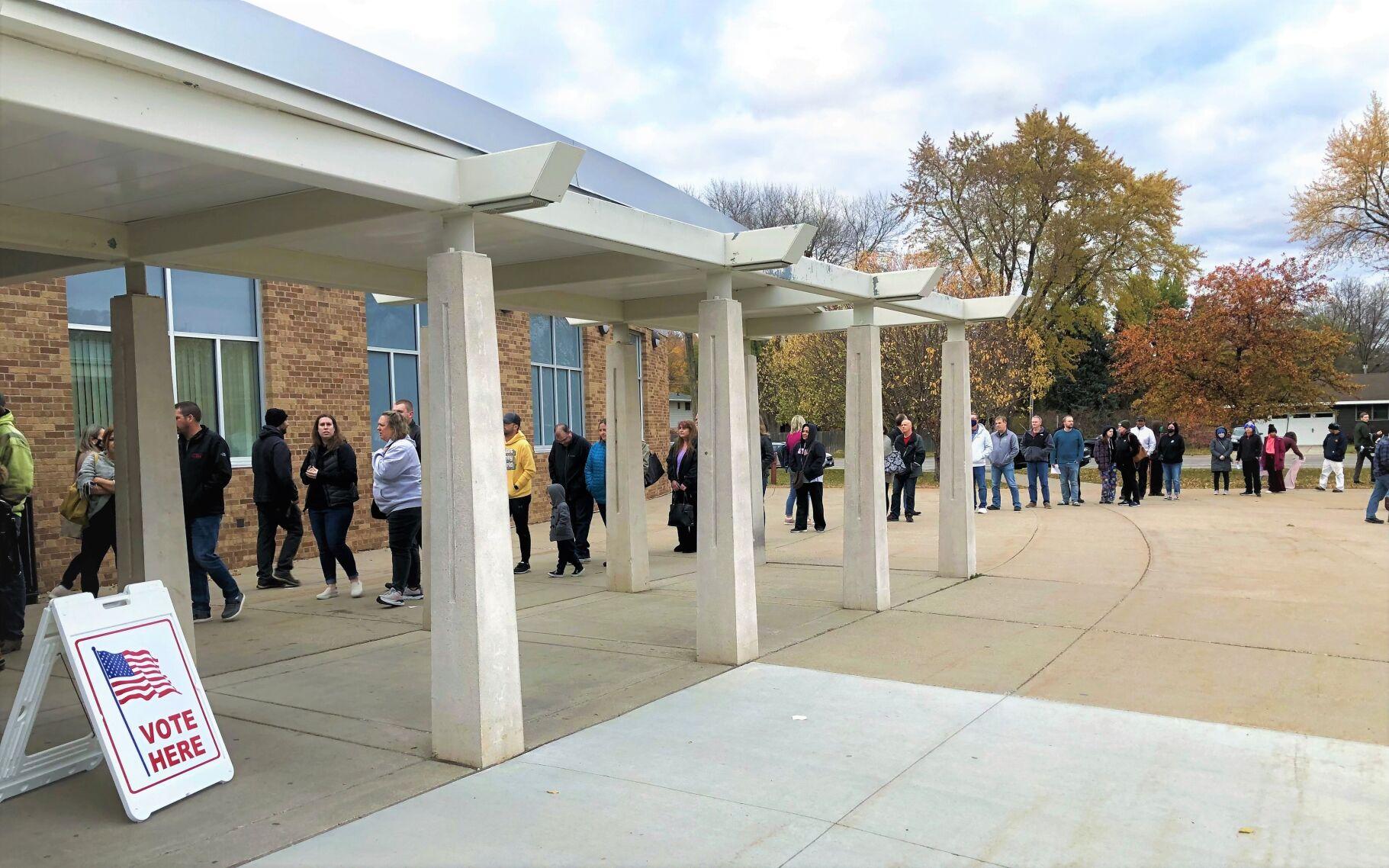 The results came a year after Shakopee’s 2020 referendum failed and led to an additional $5.4 million in district budget cuts prior to the 2021-22 school year.

“With the additional support the community has now provided to the school district, it’s going to give us the ability to draw more people into our district and have them feel confident in the education students are receiving,” Shakopee School Board Chair Kristi Peterson said after the election. 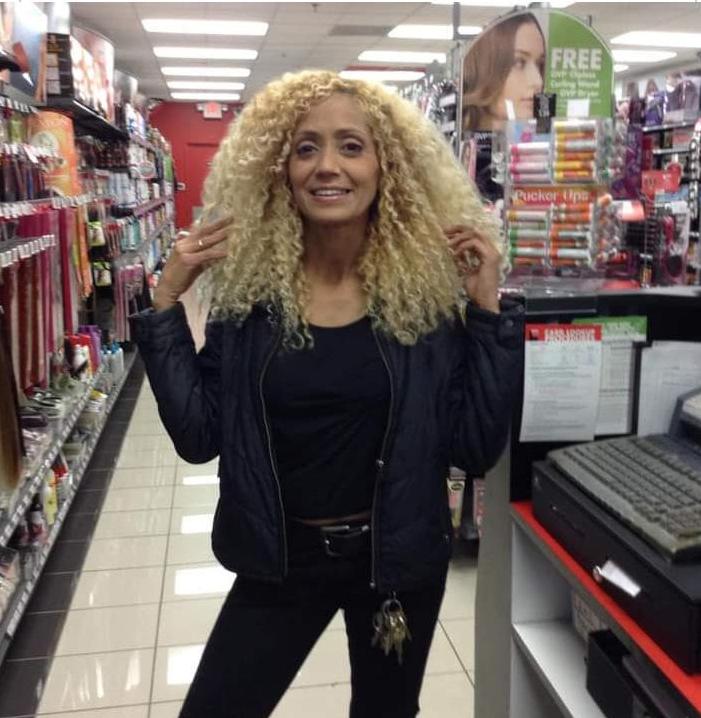 Friends and coworkers described America Thayer as kind, soft-spoken and someone with a good sense of humor.

America Thayer, 55, died July 28 at the intersection of Fourth Avenue and Spencer Street in Shakopee.

Thayer’s friends and coworkers described the Shakopee woman as kind, soft-spoken and someone with a good sense of humor.

According to court documents, Saborit told police that Thayer had threatened to break up with him, to which he then allegedly killed her with a knife. He is accused of beheading Thayer and throwing her body out of a vehicle in front of onlookers. 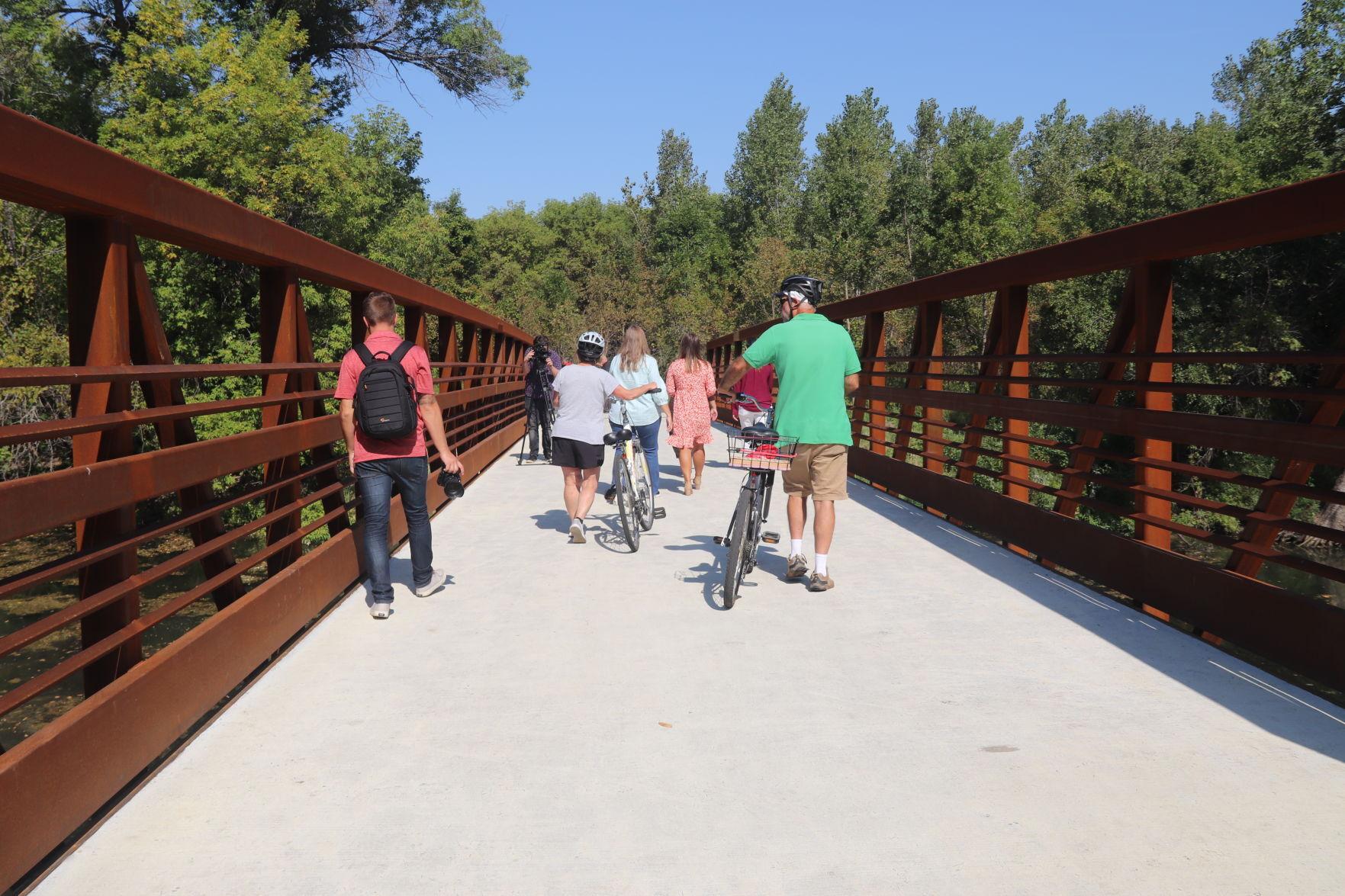 Photo courtesy of city of Shakopee

Shakopee’s Memorial Park Bridge opened in September and is one of many projects the city worked on this year as a part of the Parks, Trails and Recreation Master Plan.

The city worked on multiple projects for Shakopee’s Parks, Trails and Recreation Master Plan this year.

The new Memorial Park Bridge opened in September after completion of the five-year project. The bridge is regularly used year-round by pedestrians, runners, bikers and snowmobilers. The project addressed structural concerns and potential damages to native land.

In October, the city began taking community feedback regarding plans to replace the “Castle Park” wooden playground in Huber Park. The city is accepting input through spring 2022, with construction of a new playground is scheduled for 2023.

Community organizations in Shakopee and Scott County also came together this year to form the Scott County Cultural Consortium and begin work on the Shakopee Riverfront Cultural Trail, a project looking to recognize the cultural, historical and ecological significance of the existing 2.5-mile section of the Minnesota Valley State trail. 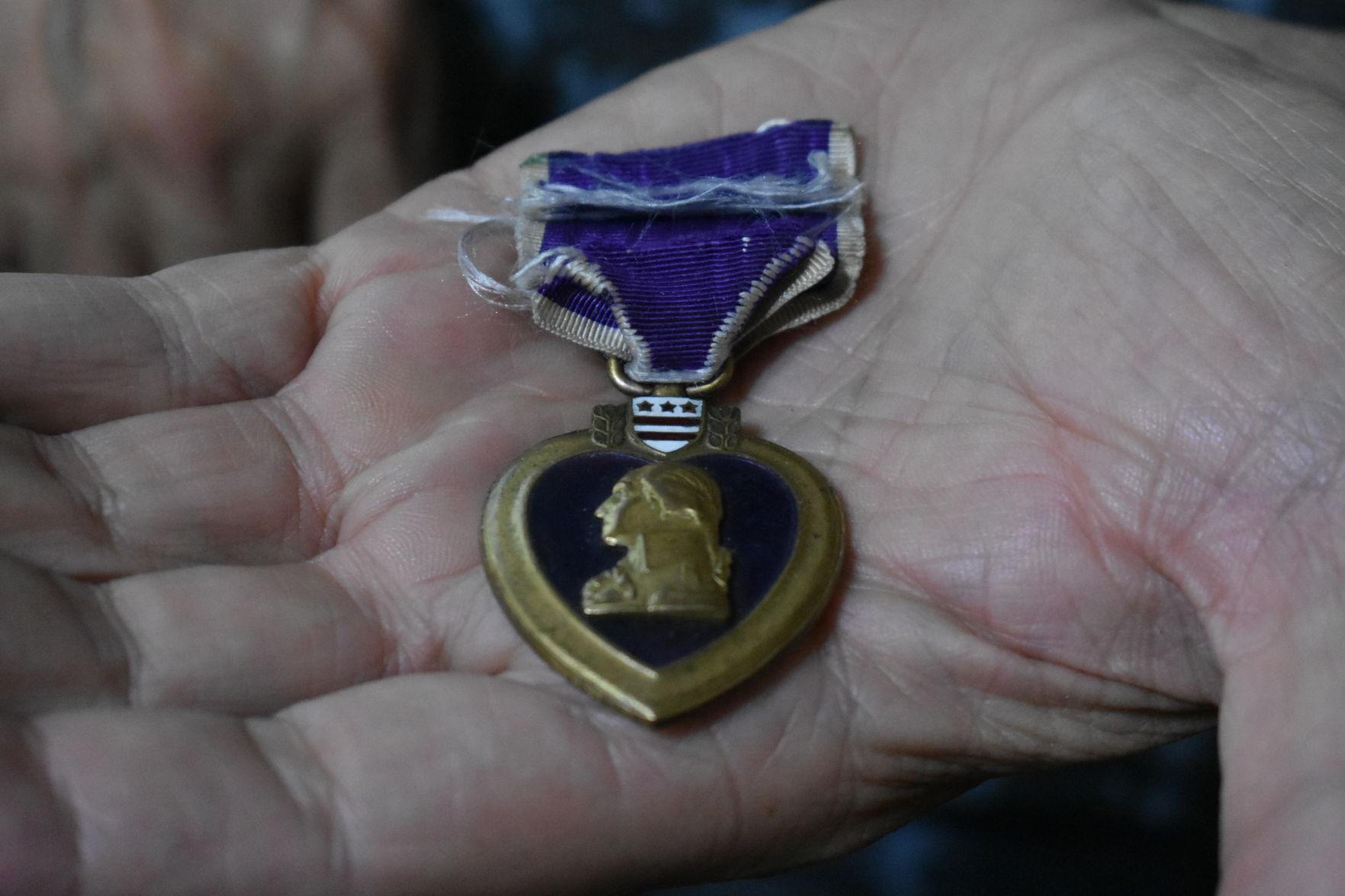 The Purple Heart medal of Albert A. Van Bergen was returned in July to his grandson, Bob Van Bergen, after it went missing from the family for decades.

The medal was missing from the Van Bergen family for decades, stolen in 1972.

Around 18 years ago, sanitation worker and Vietnam War veteran Wayne Ingebritson discovered the medal in a Waseca County landfill. Ingebritson spent years trying to find its owner before getting in touch with Purple Hearts Reunited, an organization that helped him connect with the family and return the medal.

In July, the heart was returned to Van Bergen’s grandson, Bob Van Bergen of Shakopee. 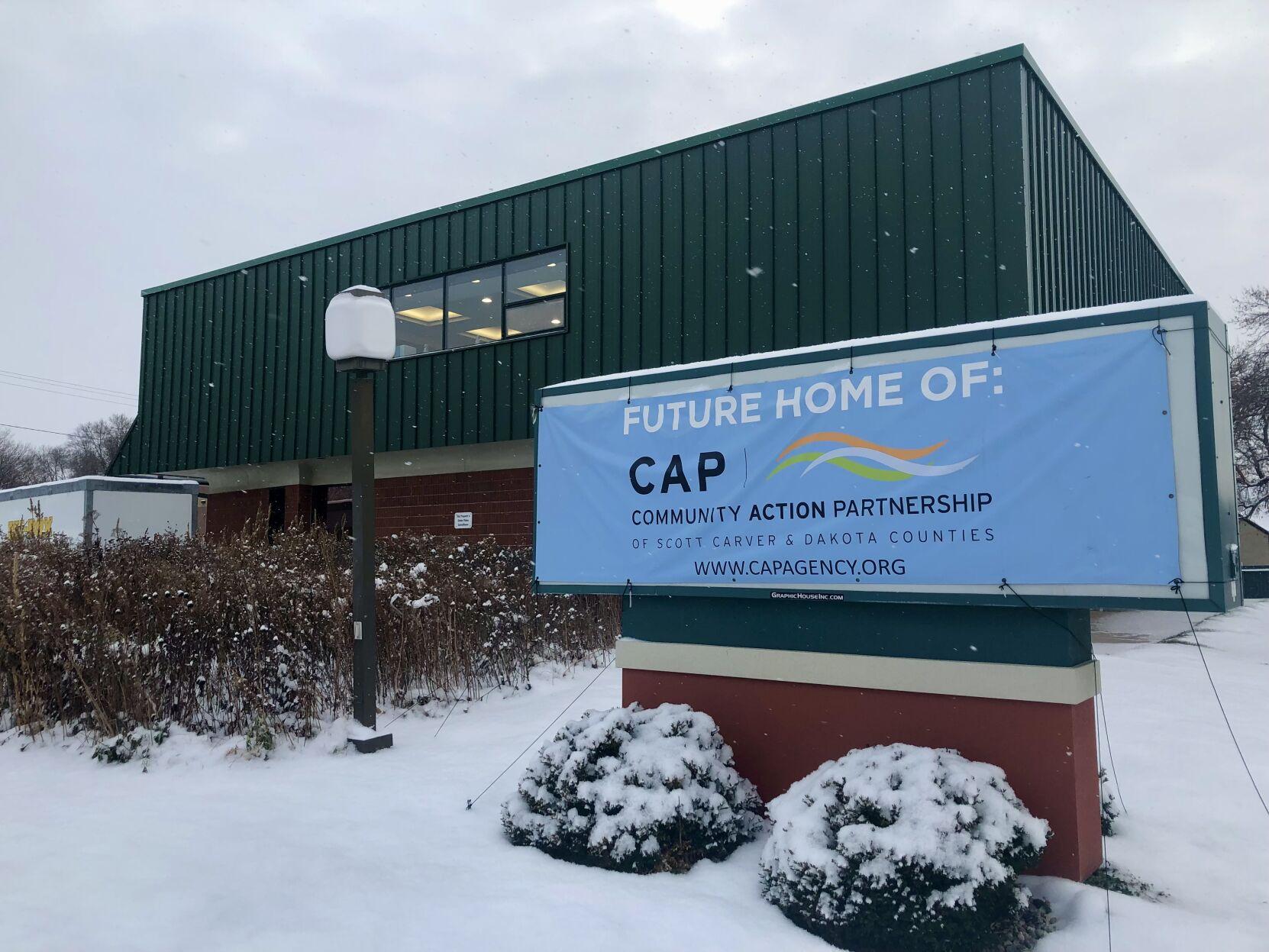 The CAP Agency’s new location in Shakopee has double the food shelf space, allowing the agency to add a walk-in freezer and walk-in cooler to the building.

The CAP Agency moved its administrative office and food shelf to 738 First Ave. E., Shakopee, from its previous location on Canterbury Road.

The new building provides nearly double the space of the previous building and doubles the agency’s food shelf space.

The CAP Agency’s food shelf now includes a large walk-in freezer and walk-in cooler. These expansions and upgrades allow the agency to take in more frozen and fresh food to provide to the community. 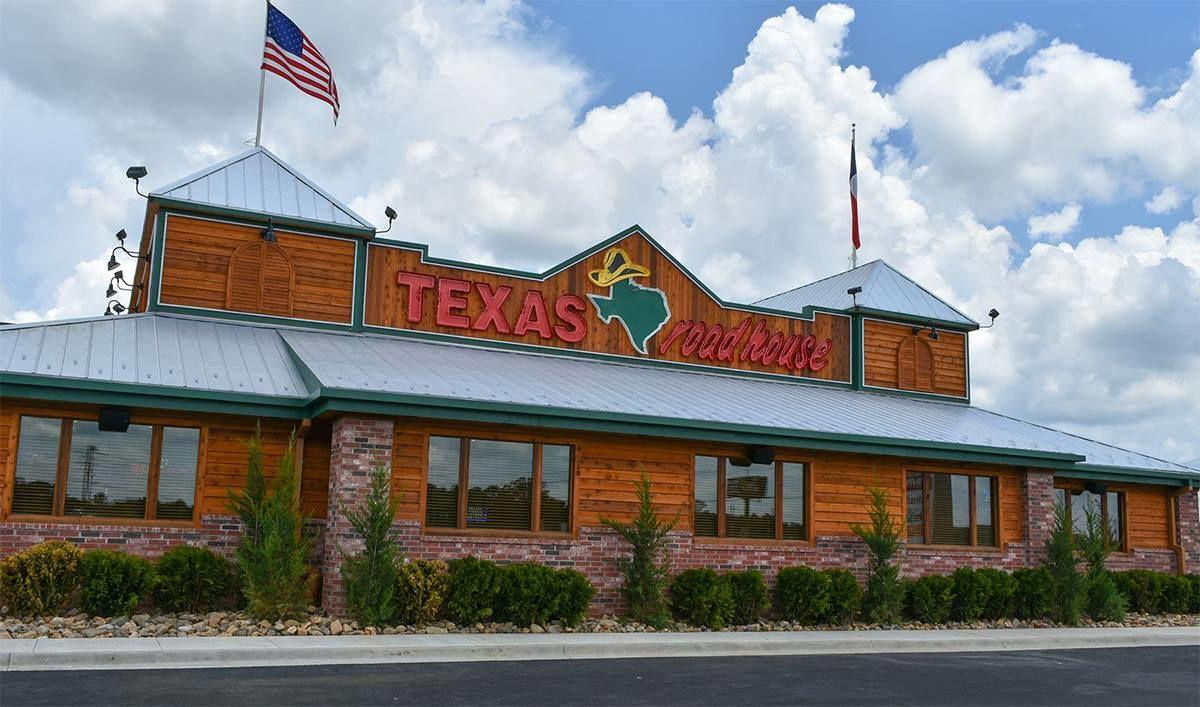 Cherne Industries moved its headquarters and manufacturing operations from Edina to a facility at Vierling Drive and Johnson Memorial Drive in Shakopee. The facility opened in March and fully completed its move in summer.

The DECO apartment building opened in August. This location on Holmes Street in downtown Shakopee was the previous site of the city hall.

Benedictine St. Gertrude’s became Minnesota’s first hospital decompression site this November, taking in hospital patients from all around the state.

Gov. Tim Walz announced Nov. 2 that St. Gertrude’s, a senior living community, would be accepting up to 30 patients from local hospitals who no longer need hospital-level care, but cannot yet return home.

So far, the facility has been working with, and receiving patient referrals from, the M Health System, Allina Health System, HealthPartners, Hennepin County Medical Center and North Memorial Health Hospital, according to Diamond. 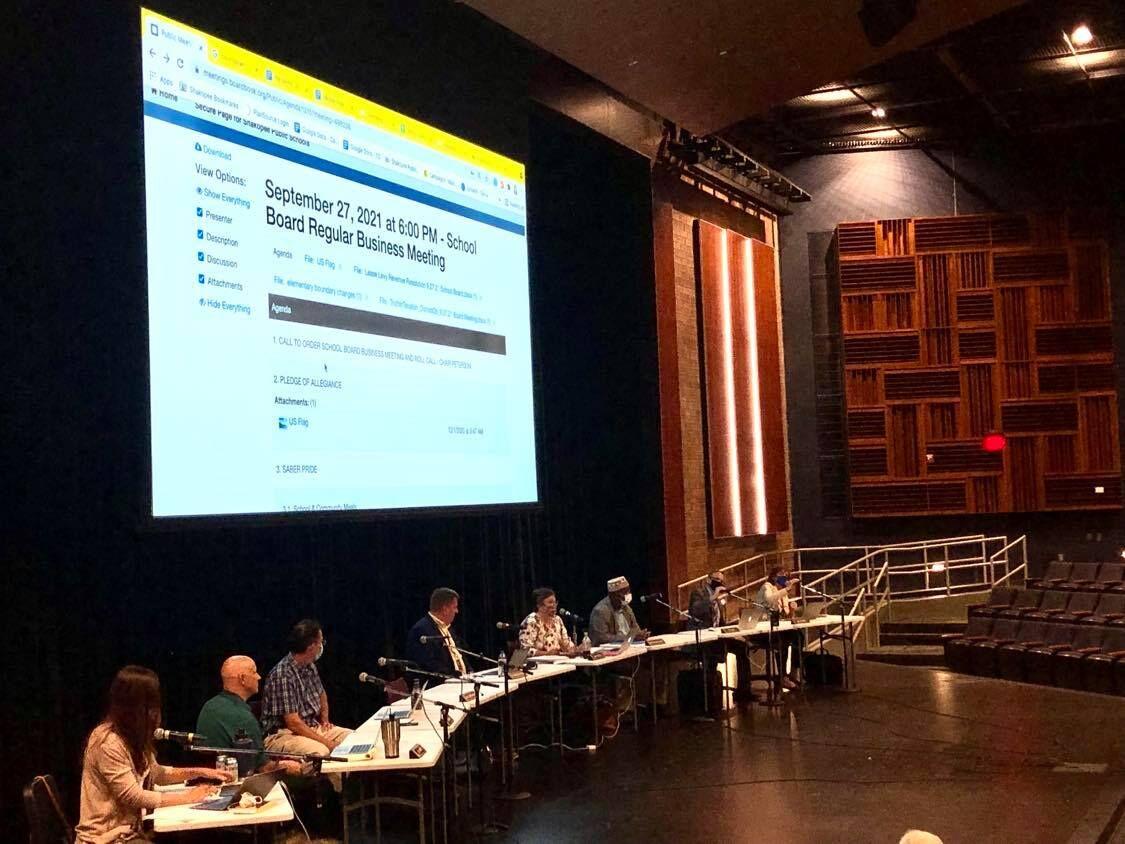 The Shakopee School Board holds a meeting in September. Tara McNeally has filed a lawsuit in U.S. District Court against Shakopee Public Schools.

In the Dec. 5 suit, asking for a jury trial, McNeally argues that her First Amendment and Fourteenth Amendment rights were violated, alleging that she was terminated by her employer for criticizing the school district and officials.

McNeally is a Shakopee resident who was previously an employee of HomeTown Bank, working at its Vierling Drive and high school branches.

McNeally was placed on unpaid leave for two weeks beginning in late September, and her employment with HomeTown Bank was terminated on Oct. 12, according to the lawsuit. 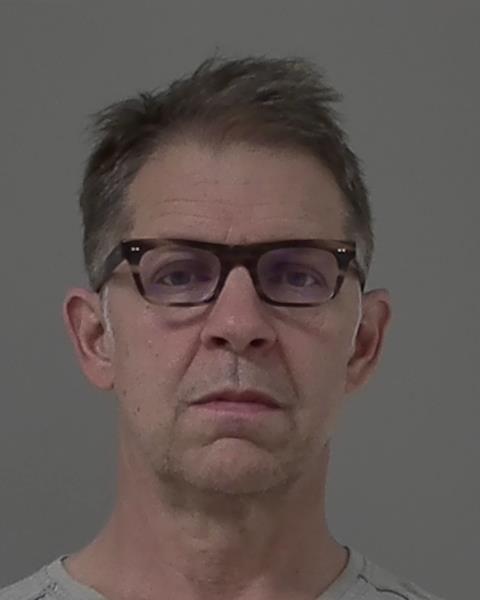 Sexual assault charges against a former Renaissance Festival manager were refiled Oct. 15 in Scott County District Court, after having been dropped for more than a year.

Carr L. Hagerman, 63, was charged with two counts of first-degree criminal sexual conduct in connection to allegations that in September 2017 he sexually assaulted a photographer who was working for the festival.

Court documents state that Hagerman allegedly beat and sexually assaulted the accuser in the upstairs of “Bad Manor,” one of the buildings located on Renaissance Festival grounds.

The charges were initially dropped in October 2020 as COVID-19 travel restrictions and family health concerns made the accuser unable to travel to Minnesota and testify.