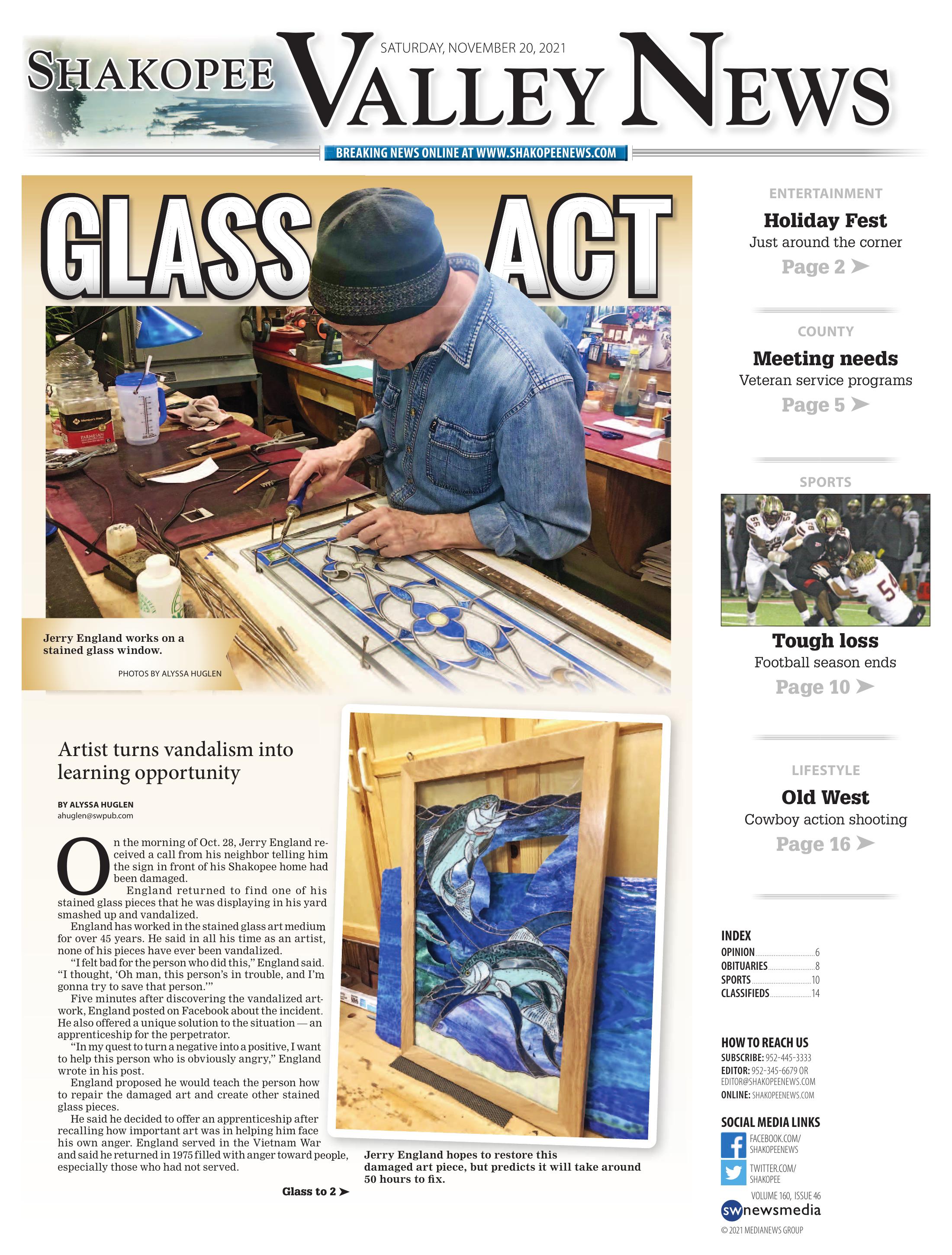 On the morning of Oct. 28, Jerry England received a call from his neighbor telling him the sign in front of his Shakopee home had been damaged.

England returned to find one of his stained glass pieces that he was displaying in his yard smashed up and vandalized.

England has worked in the stained glass art medium for over 45 years. He said in all his time as an artist, none of his pieces have ever been vandalized.

“I felt bad for the person who did this,” England said. “I thought, ‘Oh man, this person’s in trouble, and I’m gonna try to save that person.’”

Five minutes after discovering the vandalized artwork, England posted on Facebook about the incident. He also offered a unique solution to the situation — an apprenticeship for the perpetrator.

“In my quest to turn a negative into a positive, I want to help this person who is obviously angry,” England wrote in his post.

England proposed he would teach the person how to repair the damaged art and create other stained glass pieces.

He said he decided to offer an apprenticeship after recalling how important art was in helping him face his own anger. England served in the Vietnam War and said he returned in 1975 filled with anger toward people, especially those who had not served.

Turning to stained glass art became a healthy, creative outlet for England that he said changed his life forever.

“I was a bomb ready to go off … but then I got into this,” England said. “This saved my life. I took all that hostility and had this cleanse me.”

England has worked with stained glass art ever since, creating intricately designed windows, doors, lamps and other decorative pieces. While he has experience with multiple art mediums, he said stained glass art is the one he fell in love with.

England moved to Shakopee around 30 years ago and has crafted artwork for a number of community members as well as local businesses and organizations ever since. He said he spends around 60 hours a week on his stained glass art, working out of his garage he turned into a workspace studio.

He also keeps the community involved with his work through filming his artistic process and posting the videos on his personal Facebook profile.

He said he does this to teach people about an art form that is unfamiliar to many.

“I take people through my videos from the conception and drawing all the way to the end so people see how this is done,” England said. “I’m trying to preserve the history of the craft.”

England said he never received a response from the person who vandalized his artwork, but is glad he tried his best to reach out.

After the Facebook post, England did receive hundreds of online messages sent his way from Shakopee citizens praising his work and complimenting his generous gesture.

He said he appreciates all the kind words and is grateful for all the relationships he’s built in Shakopee and beyond because of his work.

“I’m proud of this work because I put the time and effort in,” England said. “This is something I so dearly love to do.” 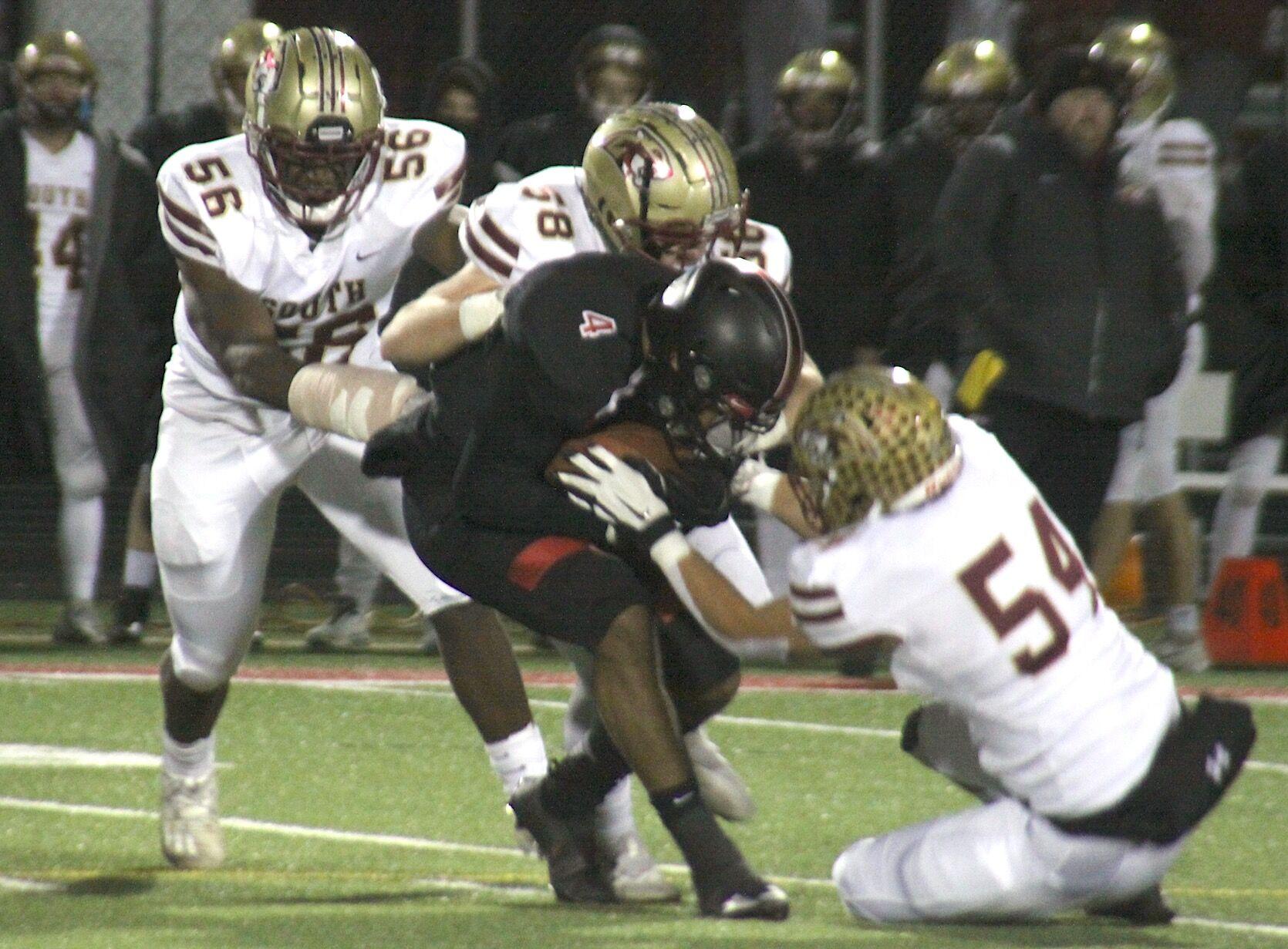