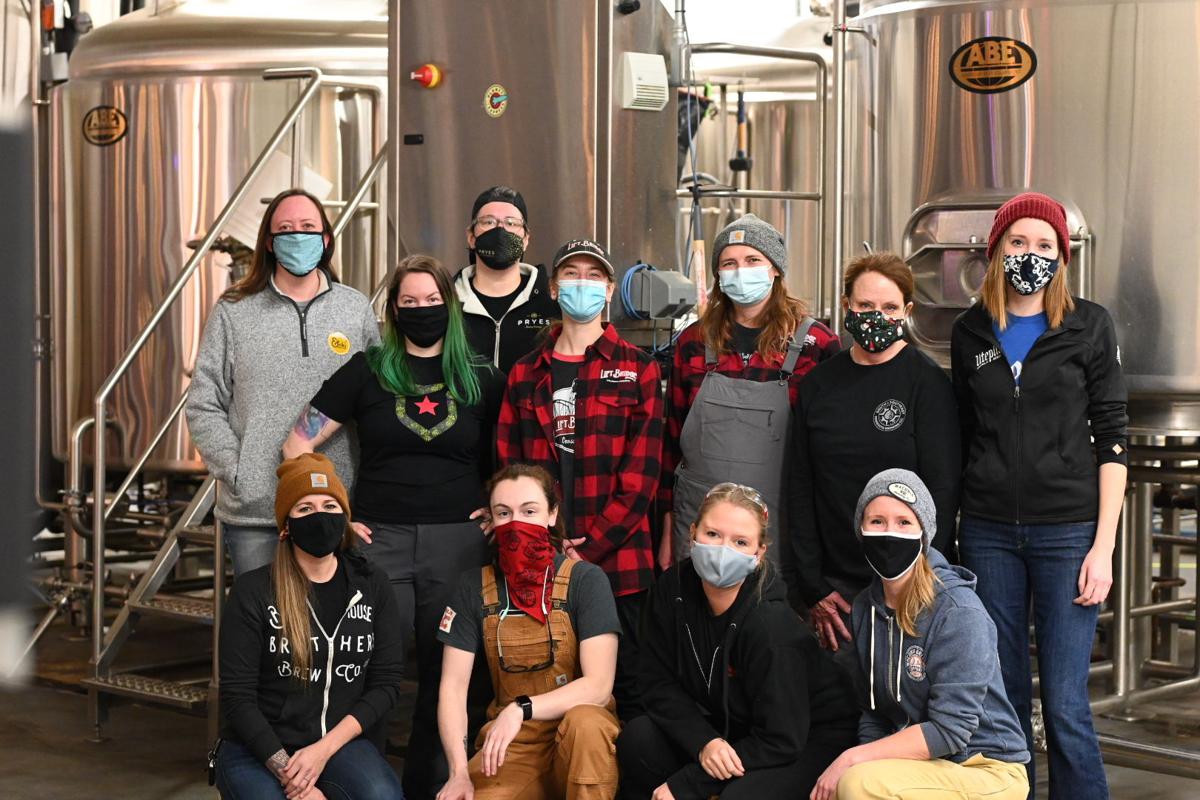 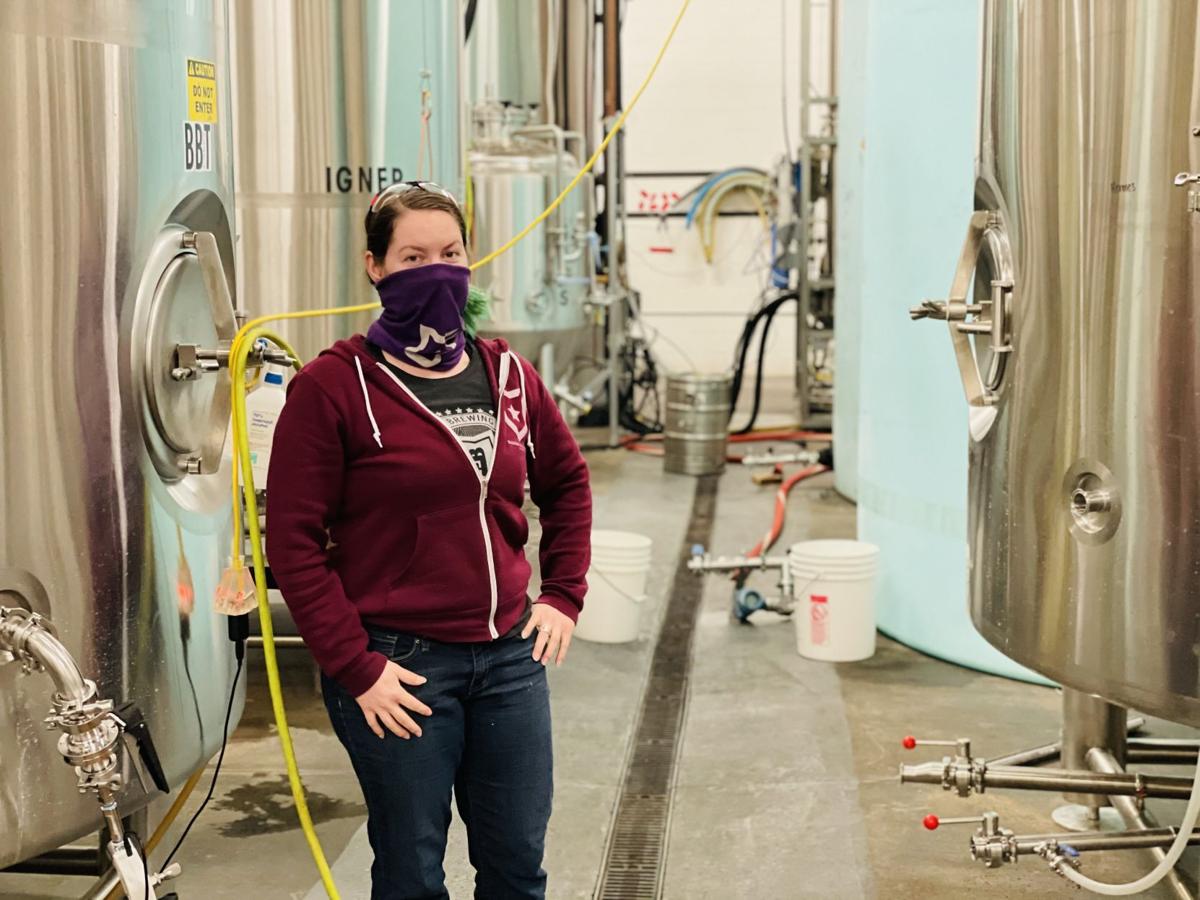 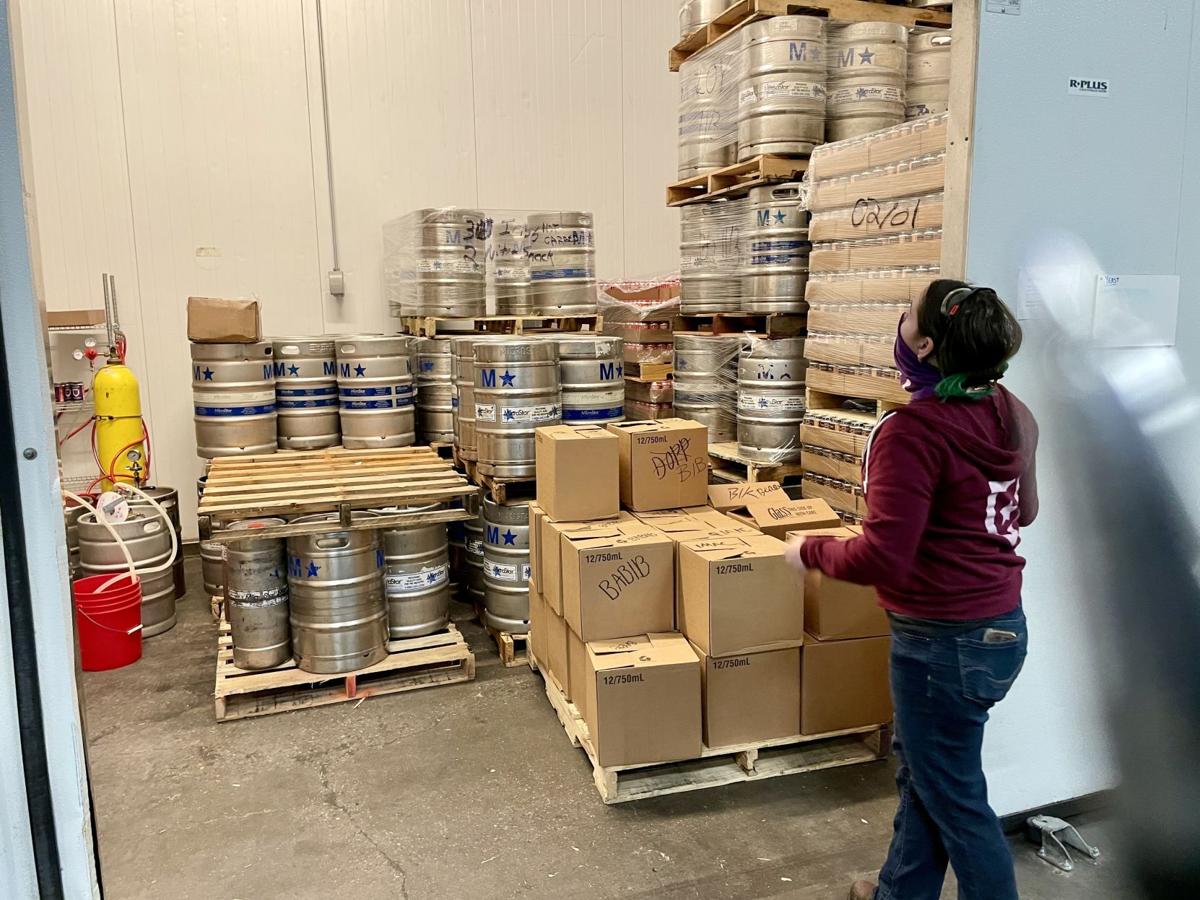 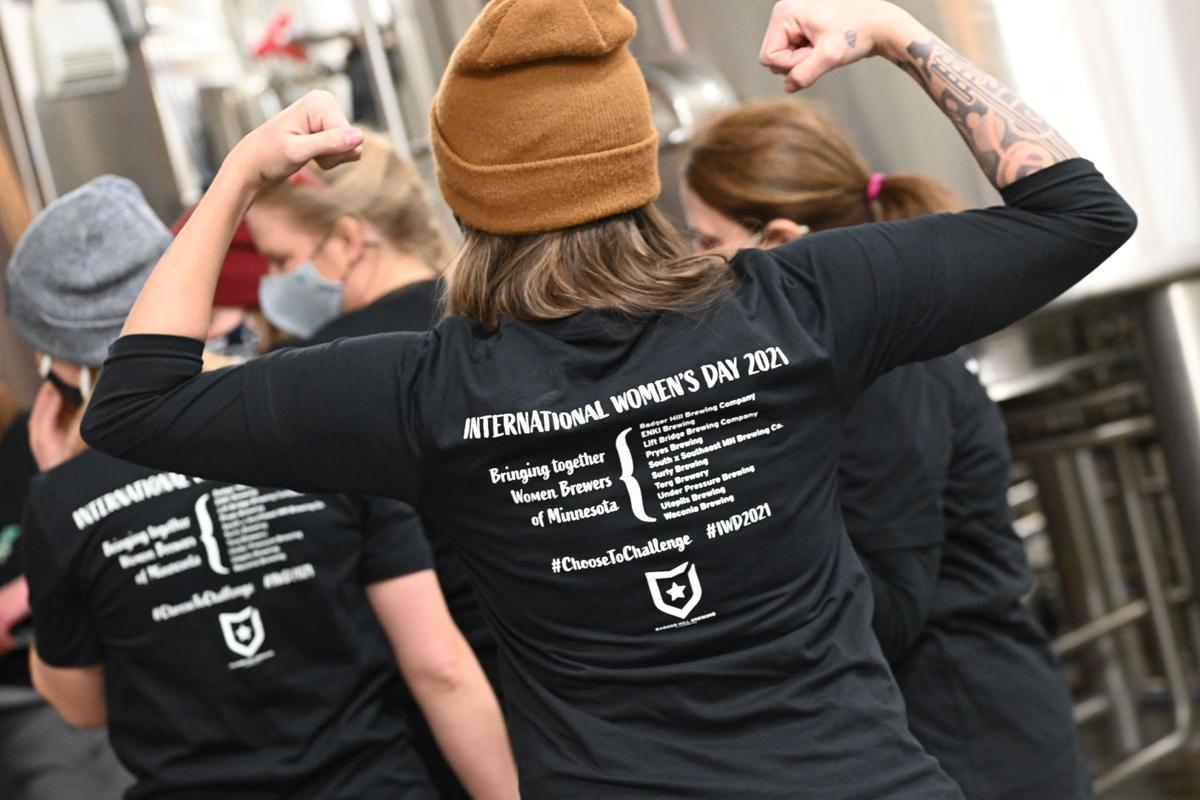 Ariel Keeton stood between fermentation tanks that towered over her at the Badger Hill Brewhouse in Shakopee on Feb. 8 as she casually described the steps it takes to turn over two batches of beer in a day.

Usually, that involves one of the three brewers at the Shakopee facility getting started at about 6 a.m.

But that brewing process is just a fraction of what Keeton does. She also packages, writes recipes, develops creative twists to her favorite batches, and fights daily against the false stereotype that flies in the face of her career and passion: that beer is for men.

Keeton, who pulls her green hair into a ponytail and slips on a hardy pair of boots and protective goggles as she brews, is unintimidated while she is honing her craft, despite her role in an industry largely run by men.

So two months ago, she had an idea: why not collaborate with other women brewers in the state to draw attention to the fact that there are females on the other side of the glass who work on the production side of the beer industry?

‘This is my career’

Keeton got into brewing by happenstance. As the taproom manager of Minneapolis’ Harriet Brewing, which closed in 2016, she simply started getting curious.

“The bartenders would poke little pieces of information about brewing,” Keeton said. “I thought, there’s a lot of creativity with this.”

In 2016, Keeton was hired by Genevieve and Steve Pittman, who own Tanzenwald Brewing in Northfield. She became the brewery’s taproom manager and part-time brewer for a year and a half, where she learned the craft and carved a passion for brewing. At the time, Keeton was also working three days a week as a server at a bowling alley. But she knew eventually, she wanted to take a full-time job as a brewer.

In 2018, Keeton was hired full time at Badger Hill Brewing in Shakopee and has been working as one of three brewers at the site.

“This is my career,” she said.

The first batch Keeton created at Badger Hill was a California common, a lager.

“Brewers say, if you can brew a lager, you can brew anything. If you make a mistake brewing a lager it shows,” Keeton said. But her first batch was a success, so she earned her chops at the brewery early on.

Keeton said she’s learned more than just how to make beer in the past few years as a full-time brewer. She’s learned that bringing a diverse perspective to the table makes beer more available to women as well.

“It’s cool to see beer that I brewed being sold in a liquor store,” Keeton said. “I think when we see more (women brewers) pop up, you’ll see that more in the stores, too.”

About two months ago, Keeton had the idea to reach out to every brewery in the state of Minnesota to find other female brewers. She wanted to collaborate with women to create a batch of beer that would raise awareness of women in the industry, and hopefully draw more women into brewing over time.

Of the nearly 200 breweries Keeton reached out to in the state, there were just 20 women brewers, she said.

As small a number as that seems, it was larger than Badger Hill majority owner Michael Koppelman thought it would be.

“Beer has been a very white male thing. I was pleasantly surprised there were even that many female brewers,” Koppelman said. “I swear, it was not too long ago there were zero.”

Koppelman, who has worked in the brewing industry since 2011, said Keeton is the first female brewer he’s ever worked with. That’s a problem, he said.

“Having women in brewing has a hugely positive effect. Beer is a very universal thing,” Koppelman said. “And Ariel is a killer brewer.”

On Friday, Feb. 5, 11 women met Keeton at Badger Hill Brewing to brew an IPA recipe Keeton wrote, which will be called "Nevertheless." The half-batch will be sold at Badger Hill in bottles on March 8, which happens to be International Women’s Day. Keeton also created T-shirts with the word “Nevertheless” printed on the front, which are also available for purchase at the brewery.

“We sell lots of IPAs, so I knew this beer would do really well in this taproom,” Keeton said. “So I went ahead and wrote the recipe.”

The goal, Keeton said, is that as more awareness is raised about women brewers, more women will see brewing as an option for a career. This, in turn, will help get rid of the stereotype that beer is made by and created for men. Keeton said the women plan to brew a different batch once every six months, and each batch will be written by a different female brewer.

Koppelman said when Keeton brought forth the idea to collaborate with other female brewers a few months ago, he was immediately on board.

“Ariel is very methodical. The way she grabs the bull by the horns … she was very comprehensive about it,” Koppelman said. “She’s a natural leader and she had this very wide, holistic approach. It’s not just about making a beer.”

Badger Hill’s head brewer Chris Hamman said the lack of women who work on the production side of the brewing industry is a barrier that needs to be broken.

“There’s this stereotype that women in beer work in sales,” Hamman said. “I've been in the industry about four years, and Ariel is the first woman in beer production I’ve ever worked with.”

The numbers are starting to trend upward, though. According to a 2018 story from Forbes about women brewers, the Pink Boots society, which is an organization of women in the brewing industry, has grown from 16 members in 2007 to nearly 2,500 members.

“We can break down those perceptions for women on the other side of the glass,” Hamman said. “Beer is for everybody.”