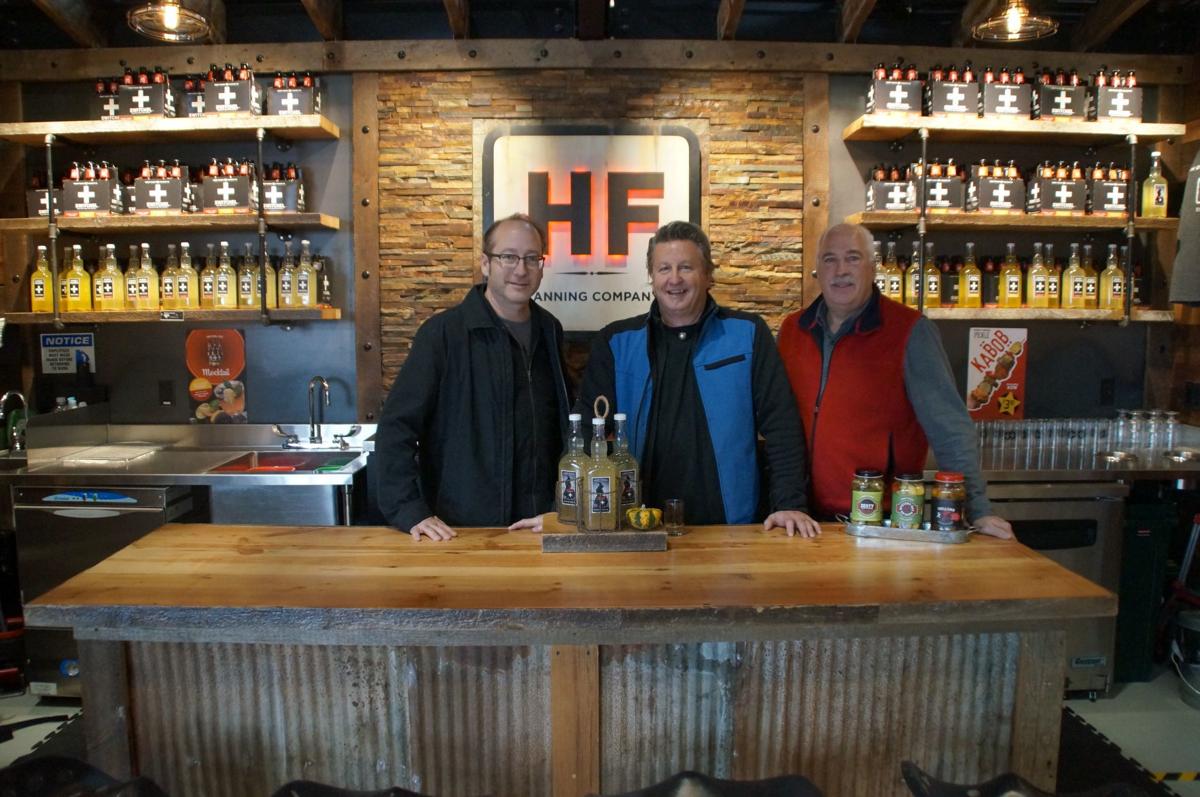 The three co-owners of Hobby Farmer, which sells canned pickles and Switchel Fizz beverages, work Nov. 6 at their shop in St. Paul. 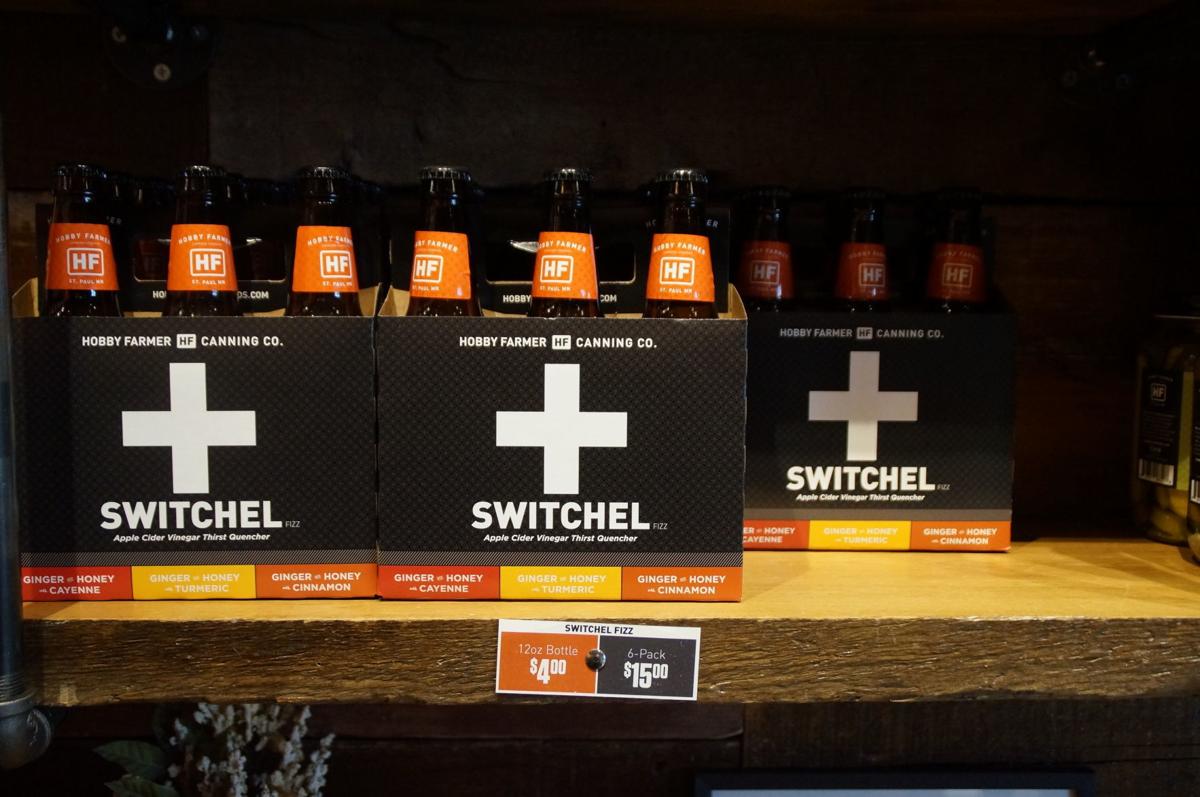 Switchel Fizz bottles are on display at Keg and Case Market in St. Paul. 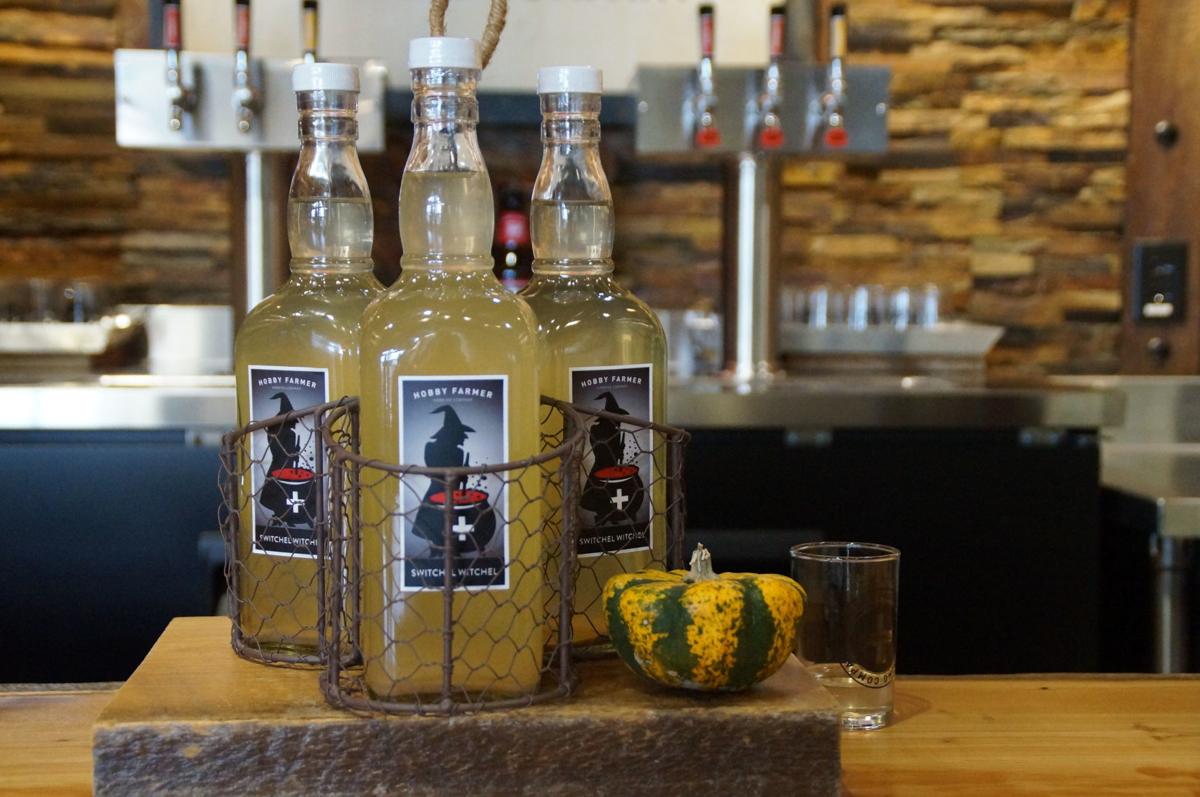 Hobby Farmer Co., the company that makes the apple cider vinegar based drink, is looking to expand its operations by partnering with Badger Hill Brewing in Shakopee to produce the drink in cans. The company recently won the Scott County Fast Track Challenge, which is akin to the T.V. show “Shark Tank.” 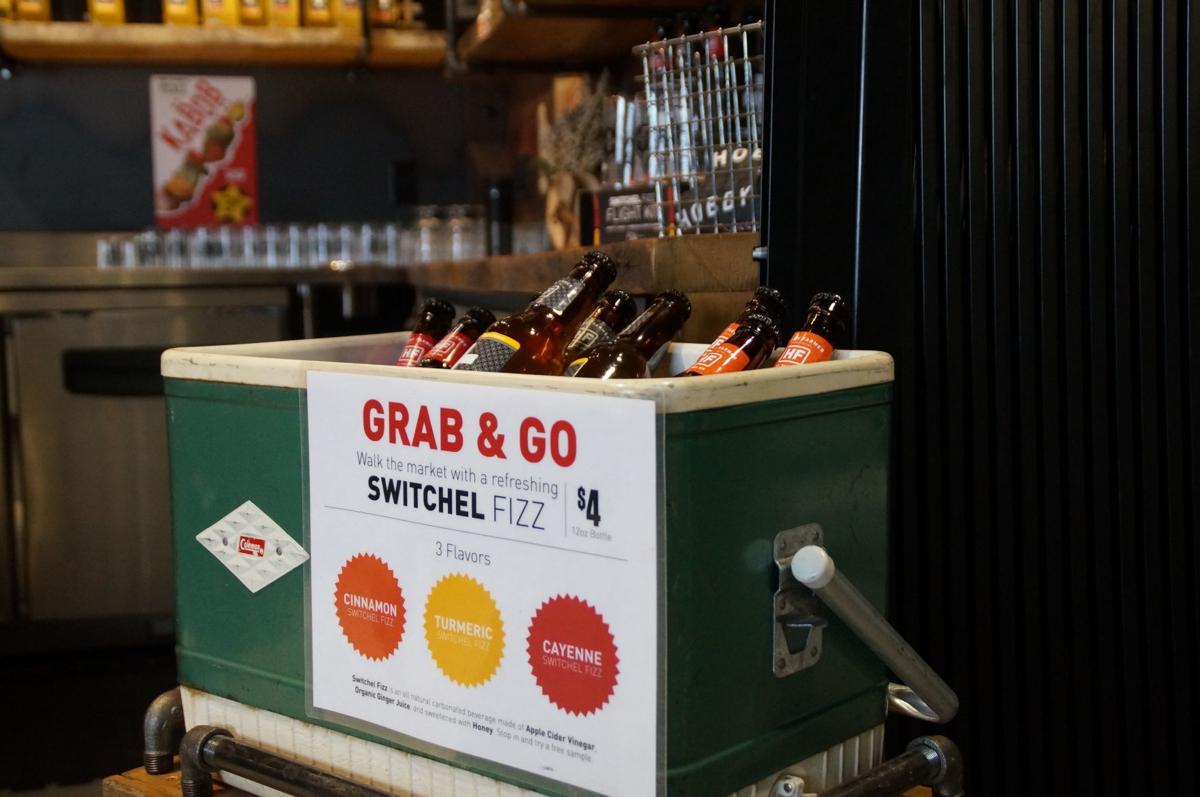 The three co-owners of Hobby Farmer, which sells canned pickles and Switchel Fizz beverages, work Nov. 6 at their shop in St. Paul.

Switchel Fizz bottles are on display at Keg and Case Market in St. Paul.

Hobby Farmer Co., the company that makes the apple cider vinegar based drink, is looking to expand its operations by partnering with Badger Hill Brewing in Shakopee to produce the drink in cans. The company recently won the Scott County Fast Track Challenge, which is akin to the T.V. show “Shark Tank.”

Tucked in a corner across from an ice cream shop at Keg and Case Market in St. Paul is a wooden shop that looks like a dry bar in your rich uncle’s basement. Shelves are lined with bottled drinks called Switchel Fizz, and customers can walk up to a keg to pour themselves a bubbly sample of each of the three flavors.

It was around 10 a.m. on a Wednesday morning, and already one customer had bought so many six-packs of Switchel she needed a large cardboard box to carry them out to her car.

“That was a nice sale,” Jeff Cerise, one of the owners of the company, Hobby Farmer Canning Co., said as she walked away.

Although none of the owners were particularly surprised. After tasting the first sample, they said, most customers keep coming back for more. Which raises a challenge, because as of right now, Switchel can’t be delivered easily when it’s packaged in bottles.

That’s why Hobby Farmer Canning Co., which also cans pickles (the owners say they’re to die for), is looking to partner with Badger Hill Brewing in Shakopee. The brewery would be able to can the drinks so Switchel can be more easily distributed, without taking up too much shelf space in retail stores or putting deliverers at risk of shattering the bottles.

And on Oct. 24, the Scott County Fast Track challenge, which is akin to the TV show “Shark Tank,” awarded Hobby Farmer Canning Co. with the first-place prize: $5,000 and connection to business services throughout the area. The award will help move along the company’s partnership with Badger Hill Brewing.

Switchel Fizz, the non-alcoholic brewed drink that seems to attract drinkers, non-drinkers, health fanatics, foodies, kombucha drinkers and ginger beer fans toward one $4 bottle, has signed a letter of intent to partner with Badger Hill Brewing in Shakopee to create canned drinks.

Canning Switchel will allow for more distribution and retail opportunities, Cerise said. They have already gained interest from several retailers, including the distributor who shelves Target’s adult beverages, all of Pizza Luce’s restaurants and several other taprooms and restaurants throughout Minnesota and Wisconsin.

Switchel is different than kombucha because it’s not fermented. Instead, it’s a prebiotic that’s brewed, like beer.

Cerise said the thing people love most about Switchel is that it’s a great alternative for non-alcohol drinkers, and for those who do drink, it’s a great mixing ingredient for cocktail recipes.

“Switchel makes designated drivers or recovering addicts or non-drinkers still feel like they have something important in their hands,” Cerise said. “So they’re not standing there crinkling a plastic water bottle.”

The apple cider vinegar-based drinks have 90 calories per 12-ounce serving, and have no artificial ingredients, sweeteners, preservatives or gluten. The drinks are sweetened with natural honey and come in three flavors: turmeric, cinnamon and cayenne.

from an old recipe

Cerise’s mother used to spoon him doses of Switchel. As a singer, he said, he loved drinking his mother’s old recipe, because it soothed his hoarse throat without all the added sugars found in alternative drinks such as ginger ale.

According to Farmer’s Almanac, before soda became popular, Switchel was the alternative to alcoholic drinks. All Switchel recipes have a few common ingredients: water, apple cider vinegar, ginger and a sweetener.

“Once you start drinking this and go back to a regular ginger beer or Coke, it’s like, wow. You can taste such a difference. This just feels so much cleaner,” Cerise said.

Cerise didn’t think of selling Switchel until years after he and his co-founders, Tod Novinska and Chuck Hermes, launched Hobby Farmer Foods in 2008, in which they sold Novinska’s grandmother’s pickle recipes. Those recipes are age-old, too, from Novinska’s hundred-year-old family farm in southern Wisconsin.

All the wood used to construct the Hobby Farmer shop at Keg and Case Market is from Novinska’s old family farmhouse.

“I’m the one who’s the hobby farmer,” Novinska said, laughing.

It wasn’t until late 2017 that Switchel joined the pickles on Hobby Farmer shelves. Now, there are about six part-time employees with the company, and in their first year, the three co-founders sold more than 75,000 carbonated bottles, and about 2,500 non-carbonated bottles.

“And that led us to Shakopee,” Cerise said. “We’ve had to turn down a lot of offers for e-commerce because the Switchel bottles are too hard to ship. And clubs and concerts and other outdoor venues don’t allow glass bottles on their grounds.”

Johnson said he’s not sure whether Badger Hill will sell Switchel on tap, adding that the business owners haven’t gotten around to that discussion just yet, but he said it’s definitely an option. Cerise said the next territory Hobby Farmer would like to infiltrate is the south metro, and Badger Hill seems like a great place to start.

"Switchel makes designated drivers or recovering addicts or non-drinkers still feel like they have something important in their hands."