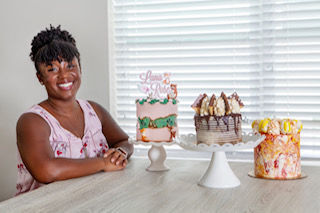 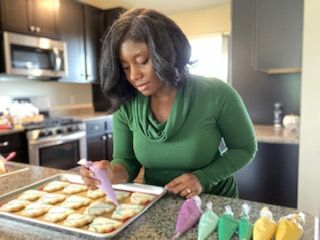 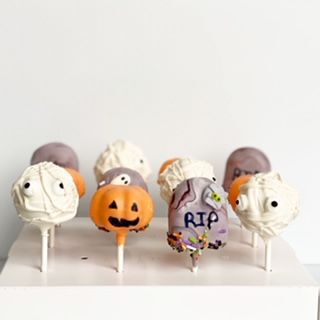 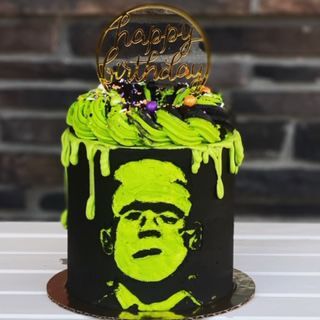 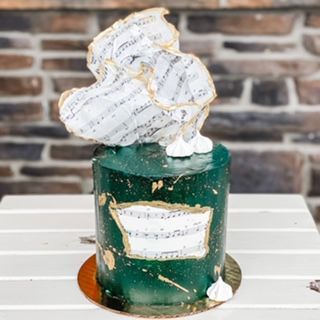 Brandie Itman got into baking seven years ago, when her husband was laid off from his job two weeks after their first child was born.

“We were at the point where we could barely afford food, but we always had the basics like flour and sugar,” Itman said.

But baking never originated from necessity. She’d always gravitated toward creativity — she’d dabbled in different forms of art, and said she’d “sucked at all of it.” Then she started baking, and it was just the outlet she needed to funnel her creativity — and she was good at it.

Itman’s work is completely self-taught, she said. She can build cakes with Frankenstein’s face etched into the side, bake macarons that look like little pieces of art and make people forget that their sparkly, colorful, all-things-personalized birthday cake that looks like a sculpture also tastes delicious.

“I started baking and it just kind of clicked,” Itman said. “I just let my hands do the work.”

And she does it all from her home kitchen in Shakopee, with three kids popping in and out of the videos because, well, they’re home all the time. So is her husband, who underwent a liver transplant a year ago and is still recovering.

“We’ve been through a lot,” Itman said.

Baking has become her outlet and a way for her family to spend time together — especially during the pandemic, when her entire family has been stuck at home.

“I recently started doing videos and posting them, and my kids pop in. We work around each other,” Itman said. “They help me bake, they help me decorate our cakes.”

Bella Nava Creations moved from a commercial kitchen in St. Louis Park to Itman’s home kitchen in Shakopee four years ago. But her hobby that is now her work has continued to get noticed, and has proven to be a significant source of income for her family.

Other families have gleaned joy from Itman’s creations. Since the beginning of the pandemic, her business has boomed. Itman, who only takes custom orders, said right now, she’s fully booked into January.

“Since May, things have really changed for me; my business exploded... I have to turn people down,” Itman said. “Right now, birthday cakes are the most popular. People are stuck inside and not able to have their big parties, so they’re looking for really cool, designed cakes.”

Itman was selected to participate in the world’s largest online baking competition called the Greatest Baker Contest, which is put on by two-time Food Network baking champion and owner of Meringue Bakery Jen Barney. On Nov. 5, Itman announced she’d moved onto the second round of the competition.

The winner receives $10,000, a feature story in Bake from Scratch Magazine and a year’s supply worth of Stuffed Puffs.

Itman said winning the competition would allow her to continue “furthering my culinary education without the added financial stress,” according to her profile on the Greatest Baker website.

Contestants move on in the competition based on the number of votes they receive. Itman’s supporters can vote daily through Facebook or make a donation to No Kid Hungry. Each dollar counts as a vote.