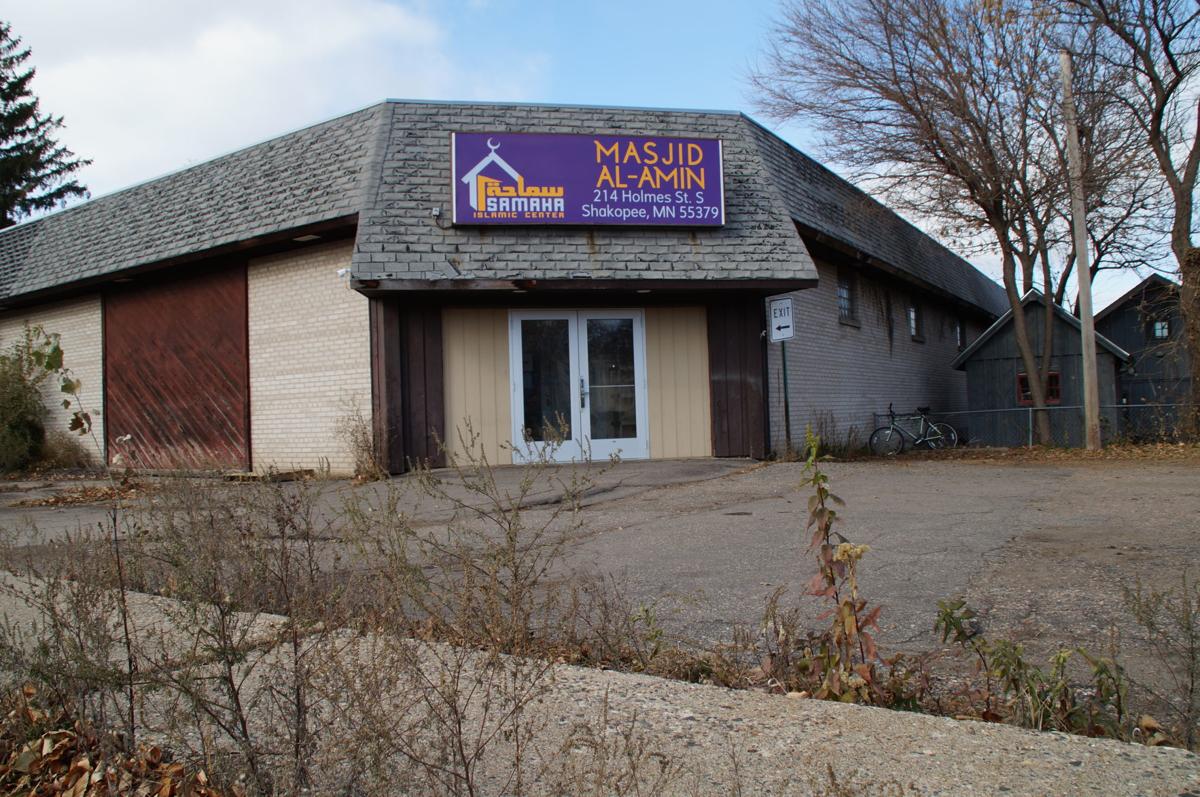 The Samaha Islamic Center in Shakopee was granted a conditional use permit from the city to become a mosque downtown. 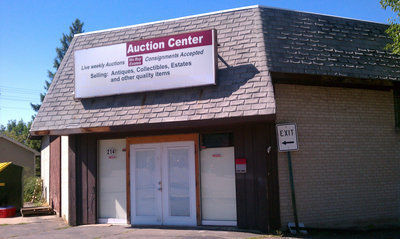 The old auction center in Shakopee at 214 Holmes St. S. The Muslim community in Shakopee has converted it into a mosque, a house of worship for followers of the Islam religion.

The Samaha Islamic Center in Shakopee was granted a conditional use permit from the city to become a mosque downtown.

The old auction center in Shakopee at 214 Holmes St. S. The Muslim community in Shakopee has converted it into a mosque, a house of worship for followers of the Islam religion.

Across from the Scott County Jail in Shakopee sits a single-level building discreet enough to go unnoticed by most passersby.

The building is a far cry from what many people imagine a traditional Islamic mosque to look like: no colorful, rounded rooftop or towering stature marks the building as a place of worship. Still, it sits quietly, poised for Muslims who live or work in the area to enter and exit the building for worship and prayer.

The Shakopee Board of Adjustment and Appeals unanimously approved a conditional use permit for Samaha Islamic Center in Shakopee to become an official mosque with an occupancy of up to 300 people at a planning commission meeting Nov. 7. The approval was met with a roar of applause from dozens of Muslims and supporters of the mosque who overflowed City Hall to speak on behalf of the permit request.

The building near the Scott County Jail and Shakopee Library used to be a drug store, and then an auction center, that rented to the Samaha Islamic Center, which became a makeshift mosque where Muslims would pray and congregate. The next-nearest mosques to Shakopee are in Burnsville, Eden Prairie and Minneapolis.

Since the Samaha Islamic Center became a place of worship in Shakopee three years ago, Abdukdir Abdi, president of the center, said he feared advertising the center as a mosque for fear that the number of Muslim residents coming to pray and worship would violate city ordinances by exceeding the building’s capacity.

But as of last week, the mosque doesn’t need to worry about violating occupancy regulations, so long as the number of worshippers inside the mosque don’t tally above 300 — a number Abdi doesn’t expect to reach.

At the planning commission meeting, Abdi told the commissioners he is thankful to have a place in Shakopee where he and his family can openly practice their religion. He said before this mosque opened in Shakopee, he and many other families would travel up to 30 miles to find a place to worship.

“Now they have (a mosque) in the area that will let them travel shorter (distances), especially in the wintertime,” Abdi said.

Several supporters of the mosque spoke in favor of approving the conditional use permit at the meeting. He added the mosque’s parking lot is large enough to accommodate people working at the courthouse or jail, and it also allows residents to park in its lot when there are community events downtown.

Jaylani Hussein, executive director of the Minnesota chapter of the Council on American-Islamic Relations, attended the meeting to speak on behalf of the mosque. He said the city shouldn’t worry about traffic concerns when considering granting the permit, since typical peaks for worship — which are usually in the early afternoon — do not share in the surrounding area’s typical peak travel times.

“The Muslim community in Minnesota is growing,” Hussein said. “I would say that I’m encouraged to know we are not seeing the type of anti-mosque rhetoric that we’d see in other requests. This community is really excited to continue to build their space here in Shakopee.”

The Shakopee mosque will serve families south of Shakopee, who otherwise would have had to travel to Eden Prairie, Burnsville or Prior Lake to find a place of worship.

Abdi added plans are underway to meet the requirements for the building to become a mosque, such as adding a sprinkler system. “And we went over the process of meeting the missing requirements,” he said.

Prayer, or Salaat, is one of the Five Pillars of Islam and asks Muslims to pray five times a day — dawn, midday, late afternoon, after sunset and between sunset and midnight. It’s considered good to gather and pray in a mosque, although not required. Additionally, a ritual washing is done before each prayer, which is why mosques typically have washing facilities.

Kasim Busuri, an interim city council member for St. Paul who also owns a childcare center in Shakopee Town Square and is a representative for United Mosques in America, spoke in front of the commissioners.

“This is the mosque where I go to pray,” Busuri told the board. “I applaud all of you. Thank you for giving the community a chance.”

Scott County Sheriff Luke Hennen said the center has been a great neighbor to the courthouse and jail.

“I think it’s been a good relationship, and it’s also been good exposure for law enforcement,” Hennen said.

After several supporters came forward, the commission unanimously approved the conditional use permit without any discussion.

When plans for the future of the Islamic Center were being discussed in July 2017, just a month before the Dar-Al Farooq Islamic Center in Bloomington was bombed by a homemade explosive device, a few Shakopee residents took to social media to disparage Islam and the mosque.

A post on the Concerned Citizens of Shakopee Facebook page was deleted by page administrator Jim Bob Jordan after a question about the auction center being turned into a mosque turned into a debate about Islam.

“I realize the poster only meant to ask a question,” Jordan wrote in a 2017 Facebook post explaining the decision to delete the original comment. “However, not only was it not answered by ANYONE ... but the thread quickly degenerated into (mostly hateful) RELIGIOUS banter and debate. Precisely what we DON’T intend!”

But those in support of the mosque haven’t been affected by the naysayers. Although safety of the mosque’s worshippers is always a priority, Abdi said fear isn’t a problem at the Shakopee mosque.

“As a city, it’s very safe,” he said. “I’ve lived in Shakopee for 10 years. We have not experienced any threats from the community.”

At the planning commission meeting, Hennen applauded the mosque for asking squad cars to park closer to the center during Ramadan to help its worshippers feel safer.