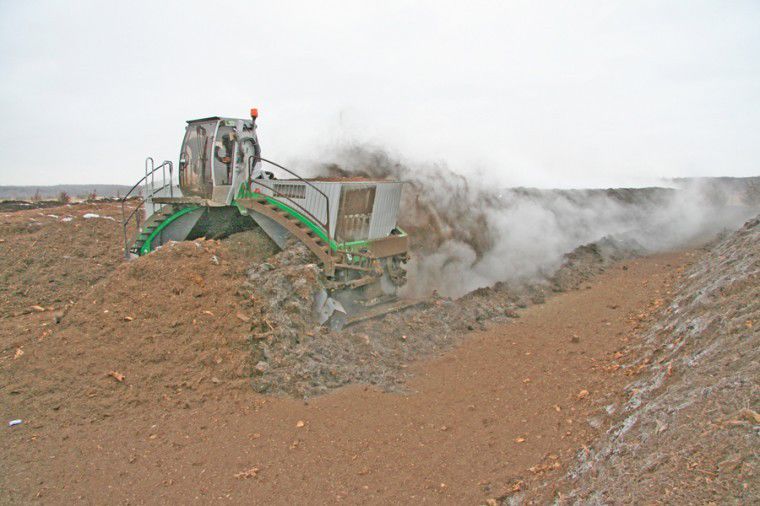 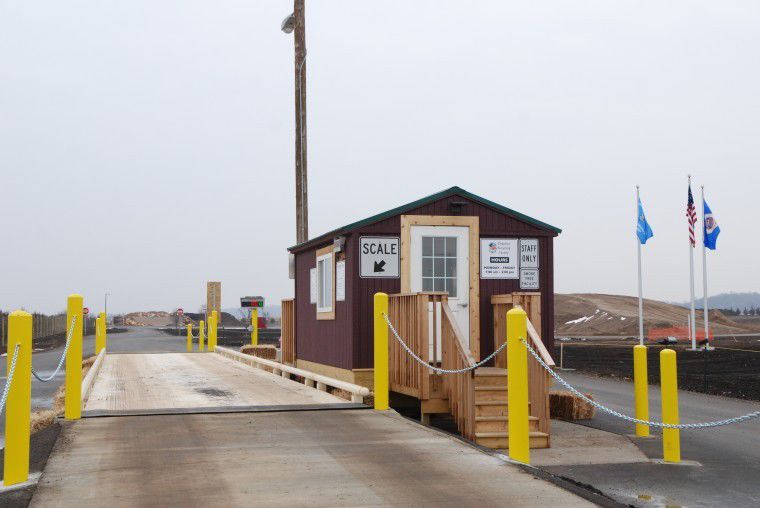 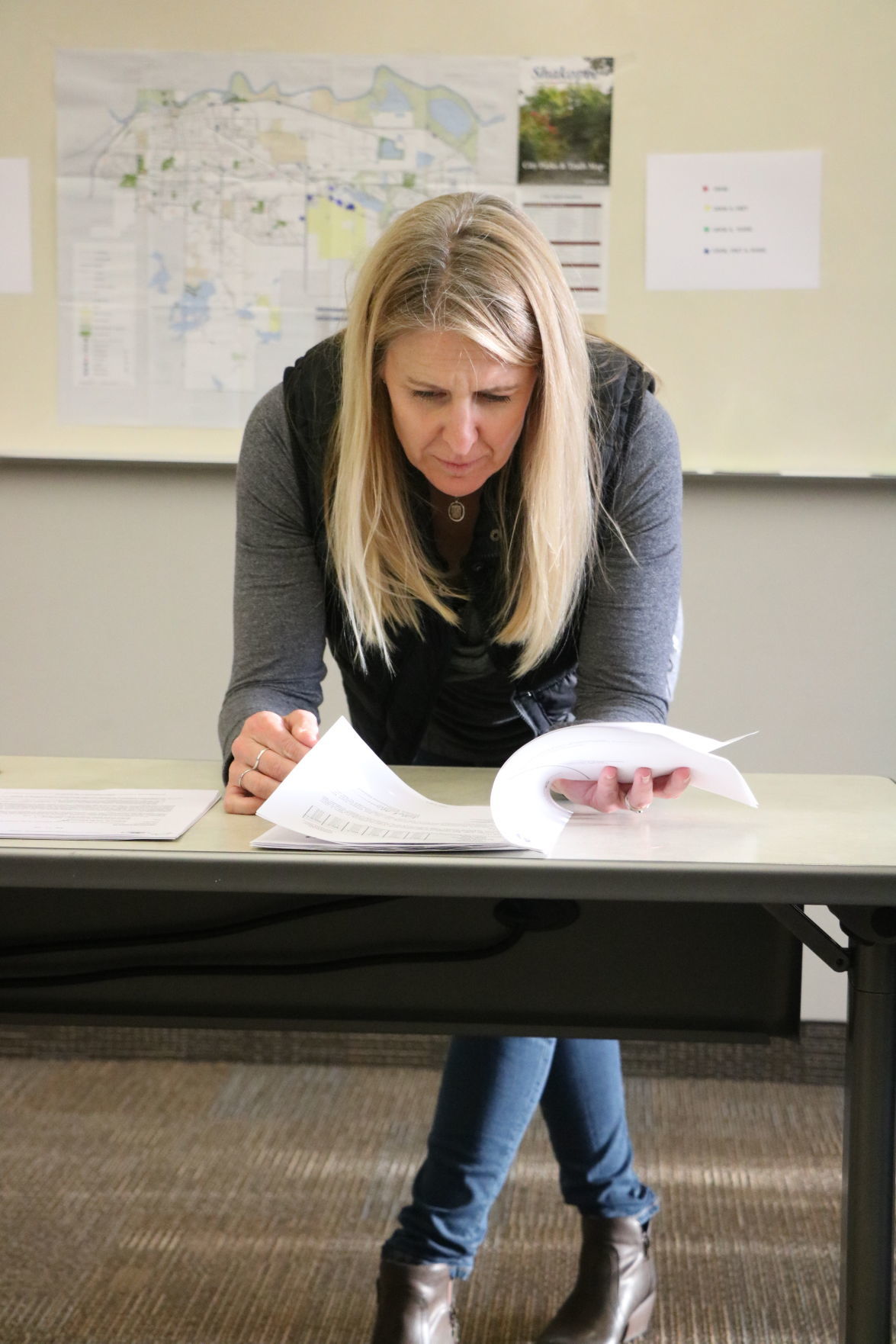 About 35 people gathered Monday night at the Shakopee police station to talk about a stinky subject: The Shakopee Mdewakanton Sioux Community’s Organics Recycling Facility. Some call it the ORF.

The compost facility is the reason some of them say Shakopee has been nicknamed “Stinkopee.”

It’s been a sour subject since SMSC opened the ORF in September 2011. City planners discussed building an elementary school, a park or a fire station before the Metropolitan Waste Control Commission sold the 242-acre plot to SMSC.

"In the big picture, the state of Minnesota wants to substantially reduce landfill use," SMSC Operations Administrator Steve Albrecht said in an interview. The state has "very aggressive goals for recycling," he said, which is where facilities like the ORF come into the picture.

The facility primarily processes yard waste. It contracts with 12 municipalities in the area for storm damage and cleanup days. The ORF also offers a free yard waste dropoff for Scott County residents.

About one-fifth of the material is food waste from local companies, including Mystic Lake Casino, which is also owned and operated by the SMSC.

A year after the ORF opened, residents met with city officials and SMSC representatives to voice complaints and learn about the processes at the composting plant.

And now, a group calling itself Neighbors vs. ORF has formed to try to get SMSC to do something about the stench. Residents say overwhelming odors, noise, vibration and air pollution affect the quality of life in their neighborhoods and the surrounding community.

“They never stuck with what they said they would do,” Paula Larson, an administrator on the Facebook group “Neighbors vs. the ORF" said of SMSC.

Meeting attendees described an inability to open windows or invite company over due to smell, as well as upkeep issues caused by a black residue that settles on cars, lawns and homes.

Another questioned whether children should be on playground equipment that is covered with the black residue.

Larson organized the Monday meeting to brainstorm courses of action with community members who feel their options are limited. Technically Minnesota state law defines a public nuisance as something “maintaining or permitting a condition which unreasonably annoys, injures or endangers the safety, health, comfort or repose of any considerable number of members of the public.”

Residents have made a case that they would be within their rights to take their issues to the city or state, however, the reservation is akin to a sovereign nation and not bound by local or state laws.

Still, annoyed homeowners make noise complaints to police to ensure a public record of each incident and continue contact with state and city officials. But on Feb. 10, police said they would no longer take calls complaining about ORF noise.

Albrecht said the noise was likely from the wood dryer, which runs 24 hours a day. The facility has a contract with Koda Energy in Shakopee, which is a partner project between Rahr Malting and the SMSC. The contract is up in August, and Albrecht hopes the drying will cease operation Sept. 1.

When the dryers are running, there is staff onsite to monitor the machinery, since the noise is considerably louder when the machine malfunctions. Those onsite try to monitor online complaints as well.

"Sometimes things have a different sound from a distance," he said, acknowledging residents may hear things before those on site.

City Councilman Jay Whiting was at the meeting, but said there isn’t a lot the city can do other than maybe some tests or meet with the tribe, since the facility is on tribal land. He said when the ORF was first opened, the city’s relationship with the tribe wasn’t good, but city officials have been working on it and want to maintain a good relationship.

Larson isn’t happy with the city or tribe’s response to concerns.

“It’s very political,” she said. “Shakopee’s been working on their relationship with the tribe.”

Residents have resorted to contacting the EPA, since the SMSC is still subject to federal law. Complaints prompted a dust assessment taken by American Engineering Testing, Inc., an environmental consulting firm hired by the ORF, according to the assessment report. A past study on the facility’s odor was funded in part by the composting facility and the county.

The dust study, which was mostly inconclusive, changes little for the disgruntled residents of Eagle Creek Boulevard and the surrounding area.

“It is an absolute farce,” Koehnen said, calling the study “useless and self-serving.”

She pointed out the dust study was done in January, a time of year when dust is minimal. Albrecht explained the timing of the study was meant to isolate the dust produced by the facility so that results would not be skewed by dust and dirt that naturally arises warmer months.

"We wanted to rule out other sources of dust," Albrecht said.

Residents are also skeptical of findings from a firm hired by the ORF, rather than a third party.

“I will never believe whatever data they hand me because how do I know if they paid for it?” Larson said.

James Bird suggested the community find a third-party consultant to do an independent study.

“People are skeptical when they think you’re self-monitoring," Albrecht said. "We have no interest in not doing the best we can.”

Sources at the Monday meeting and Albrecht both pointed out that SMSC members also live near the composting plant. A new SMSC cultural center is also near the facility.

Albrecht mentioned plans in the works for the facility to find a new home not so close to a residential area. Residents at the meeting who brought up those plans were met with skepticism, and the idea was dismissed as rumor.

Those plans are real, Albrecht said, but they are complicated.

"It's a matter of finding a good piece of property that protects nearby property and is still convenient for residents and businesses to drop off material. And it has to be for sale."

With those obstacles, the facility may have to remain where it is, in which case Albrecht said the next step would be to improve technology to help manage and stop odors. That update would only occur after a decision to stay, since the SMSC does not want to invest in a facility it would be relocating within two years.

Under the assumption that the facility will stay, Larson directed conversation at the meeting toward other suggestions that could be presented to the EPA about how the ORF could be a better neighbor. Suggestions to help with the smell included:

Suggestions for dealing with the vibrations included shutting down the equipment when a complaint is made and 24/7 complaint monitoring.

A suggestion was also made that the “dirt” residue on houses and lawns be monitored by the EPA.

Albrecht said he looks forward to meeting with the residents and the EPA sometime at the end of May or June.

"There's no dialogue right now," he said. "They may not agree with us but we'd be able to give them information directly."