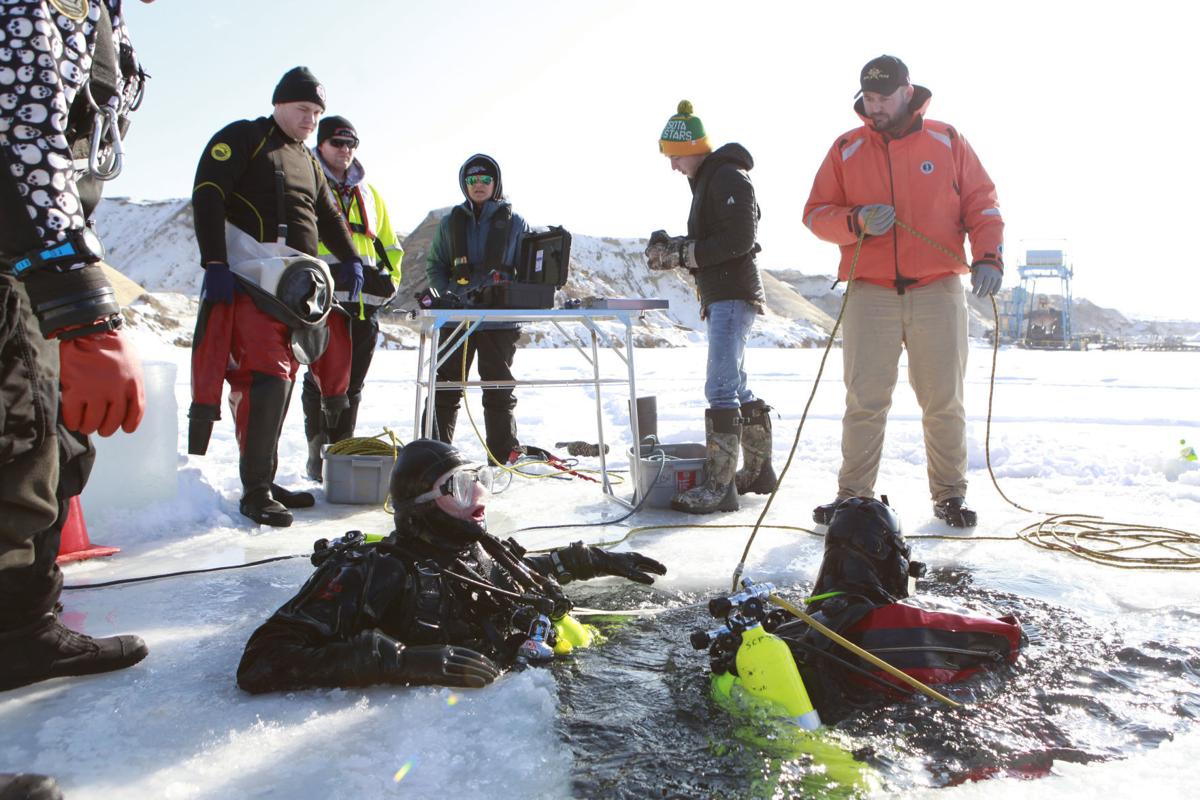 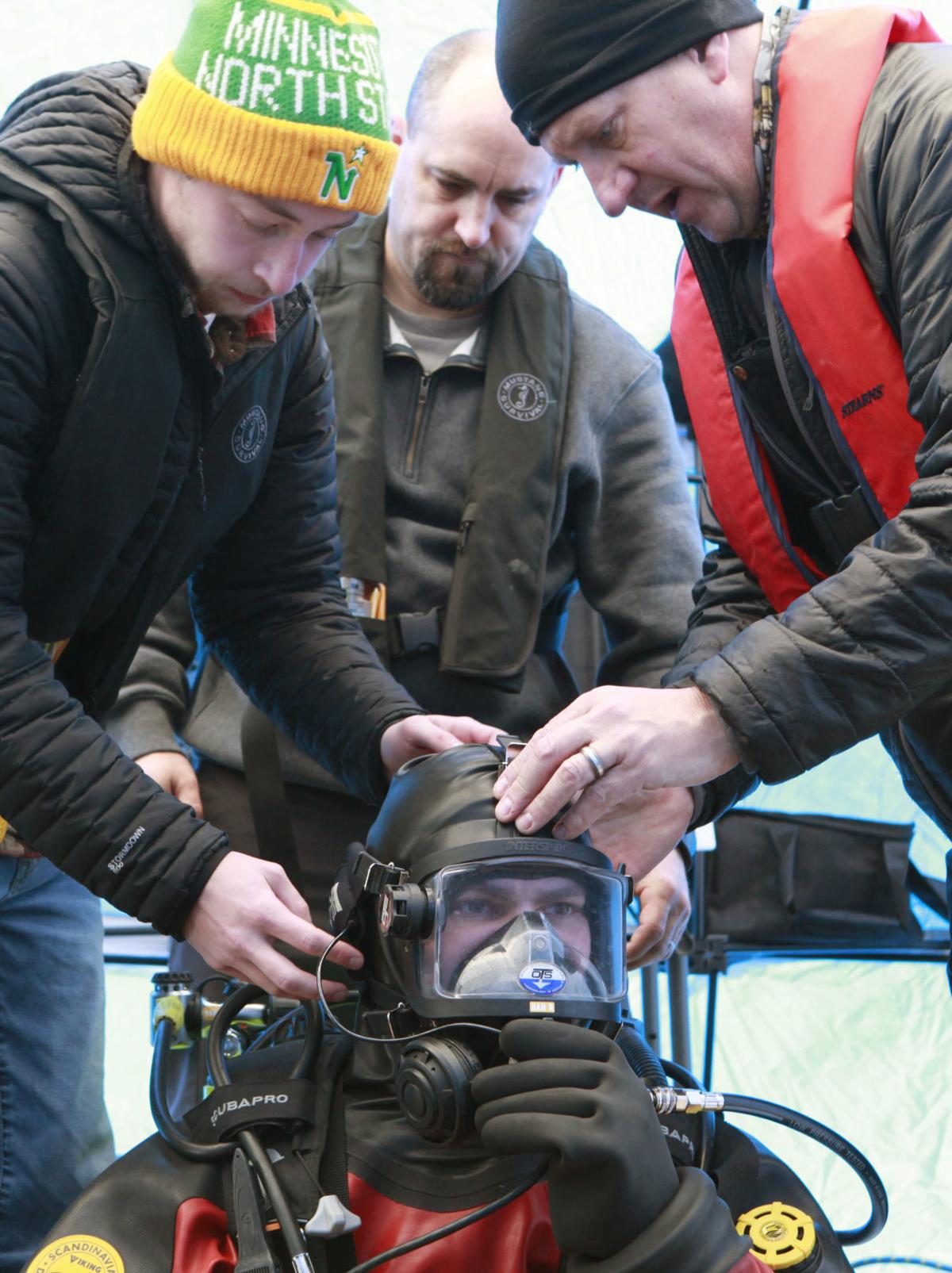 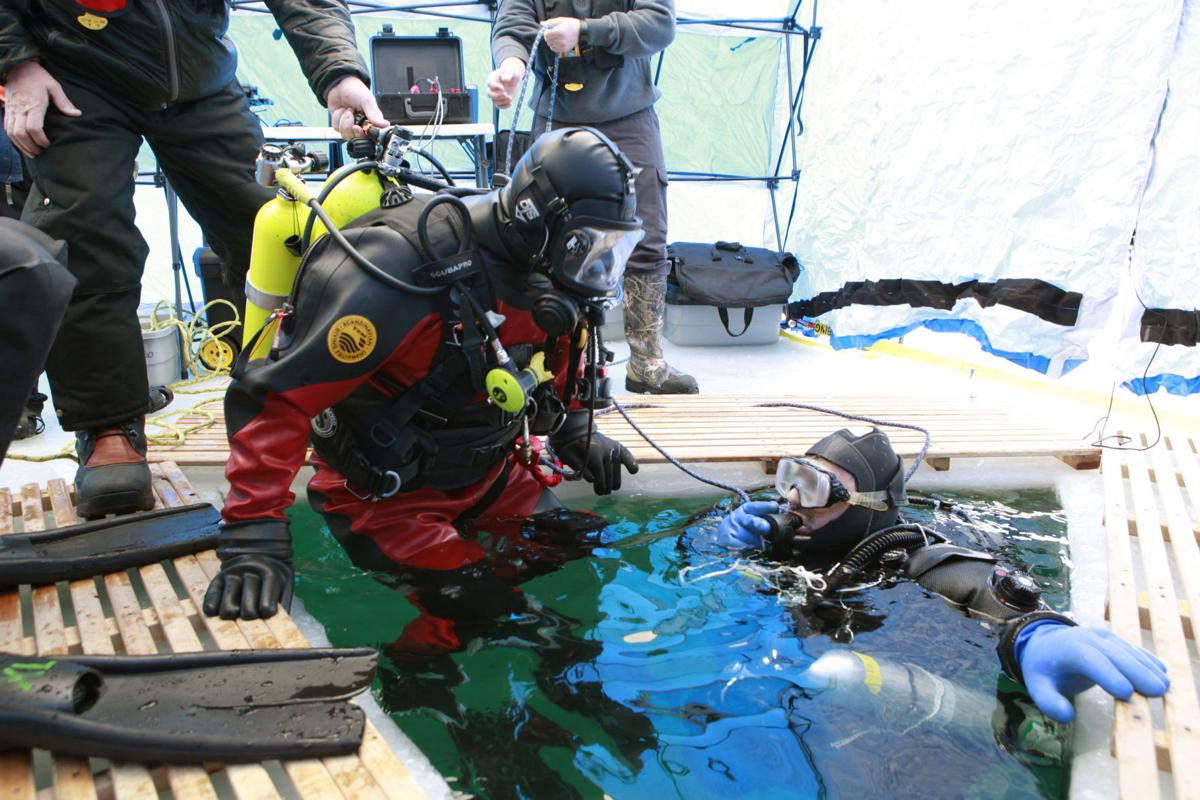 The group gathered at a water-filled gravel pit just west of Carver to run through the essentials: squeezing into bulky, watertight suits; checking communications and every valve and knob in their gear; then submerging under the water’s thick shell of ice with instructors and alone.

“We’re going to deploy right away” when that happens, Simon said.

Emergency Response Diving International instructors Tracy and Scott Wemyss, who own Air Down There Scuba in St. Paul, oversaw the session.

The Carver County team, which includes law enforcement personnel and on-call volunteers, also cleared away the snow over the ice in a giant bulls-eye pattern, visible underwater, around the two diving holes to make sure no one got lost in the depths.

The people earning their certifications weren’t newcomers to diving, at least in practice or warmer situations; the certificate was specifically for ice diving.

Everything went pretty smoothly. Shakopee firefighter Peter Czech had a bloody nose and a bit of a headache after one dive but said he otherwise felt fine, and Jed Ellenberg with Carver County reported the suits are “toasty warm” even in February water.

The Carver County Dive Team is looking for volunteer for a variety of diving and operational assignments, including divers, support roles and operators of remote underwater vehicles and sonar.

Time commitments include an application and interview, background investigation and monthly team and training missions as well as calls for service when they happen.