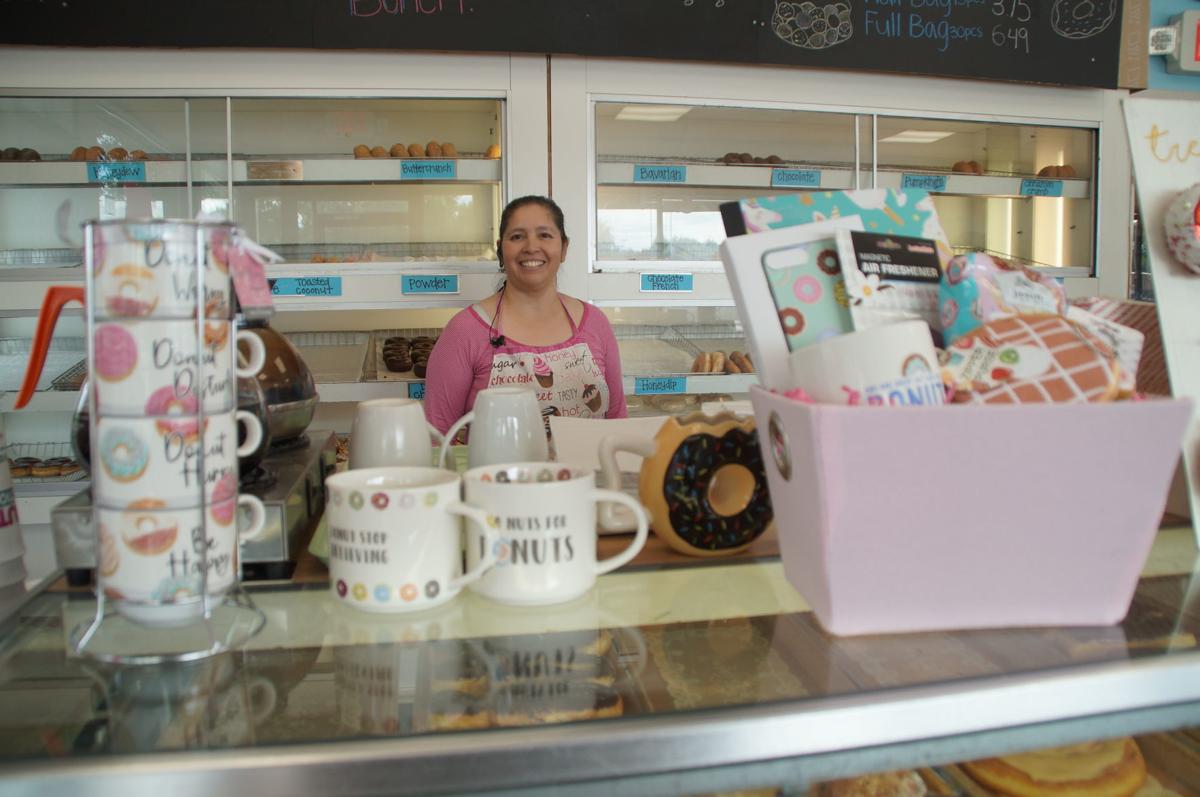 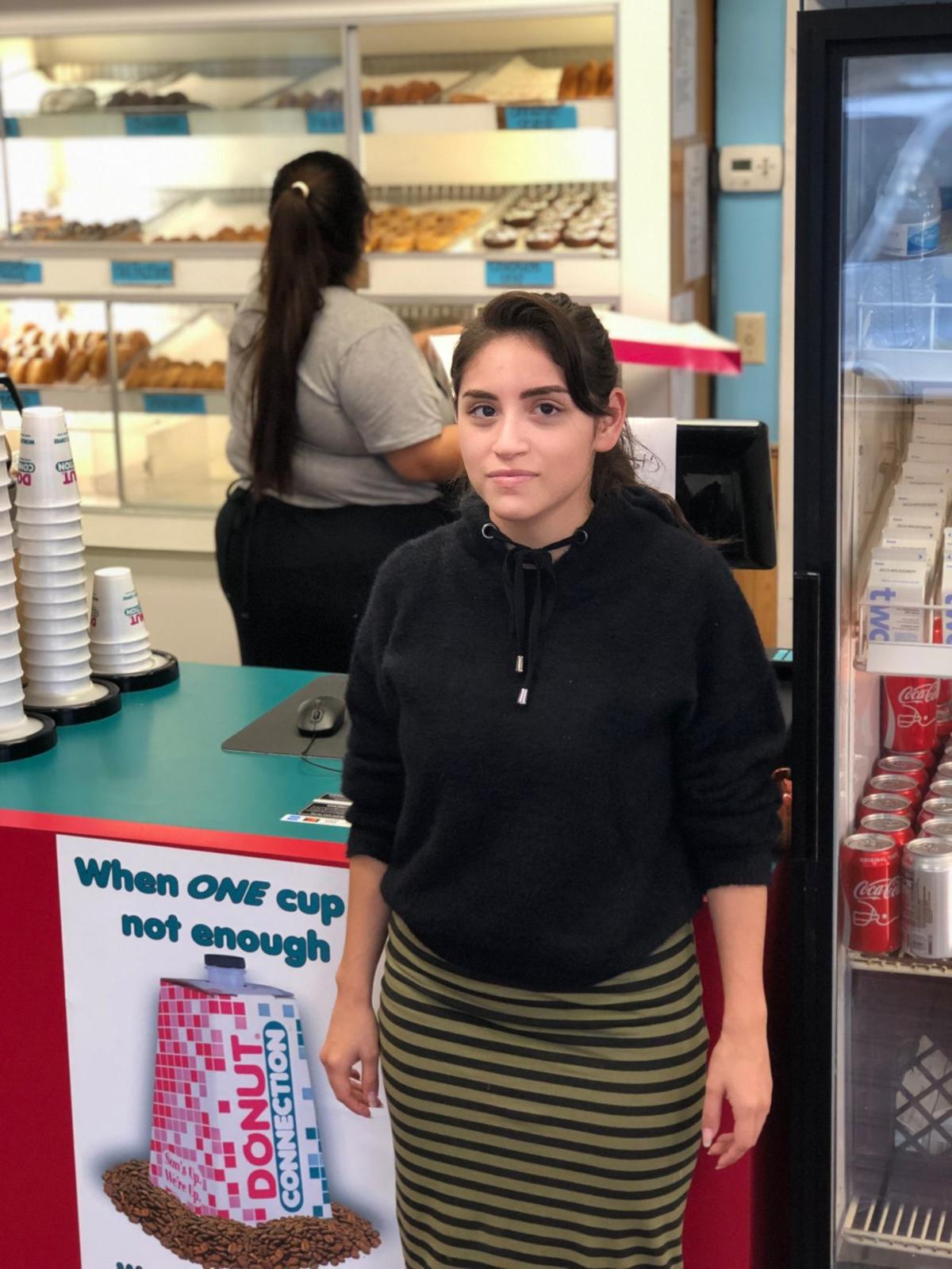 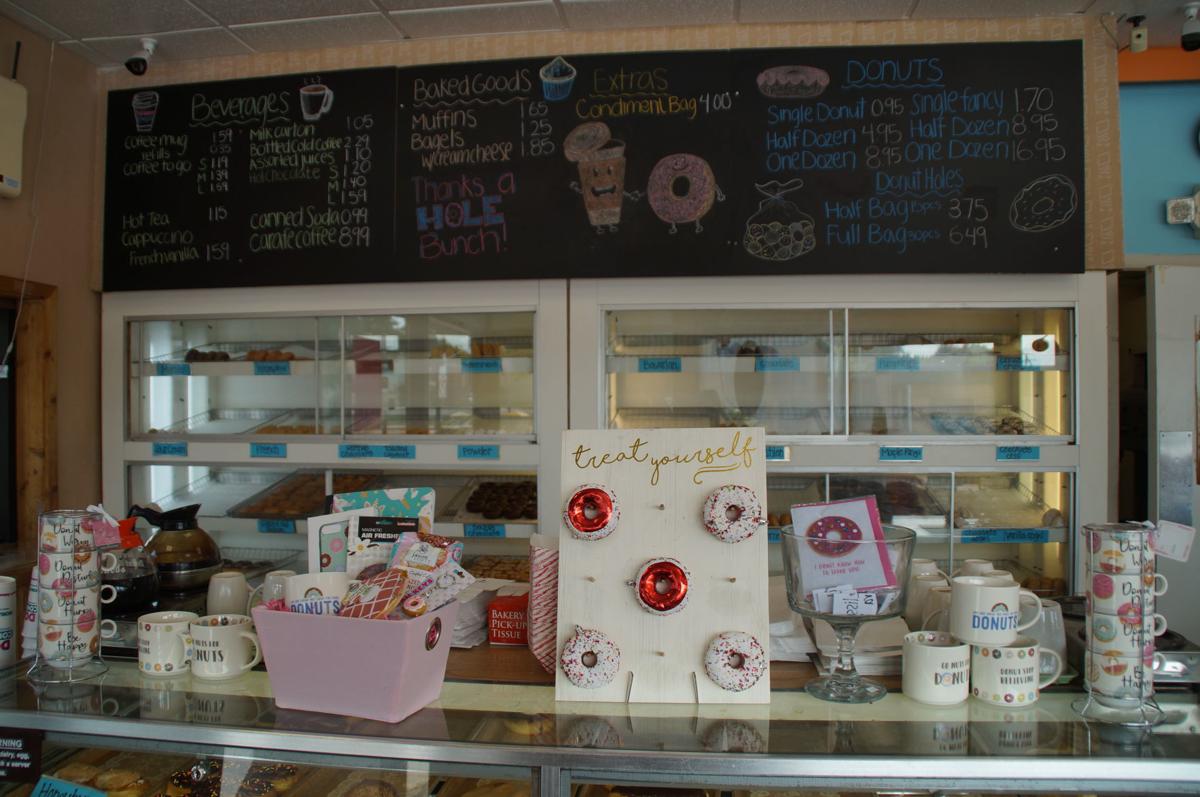 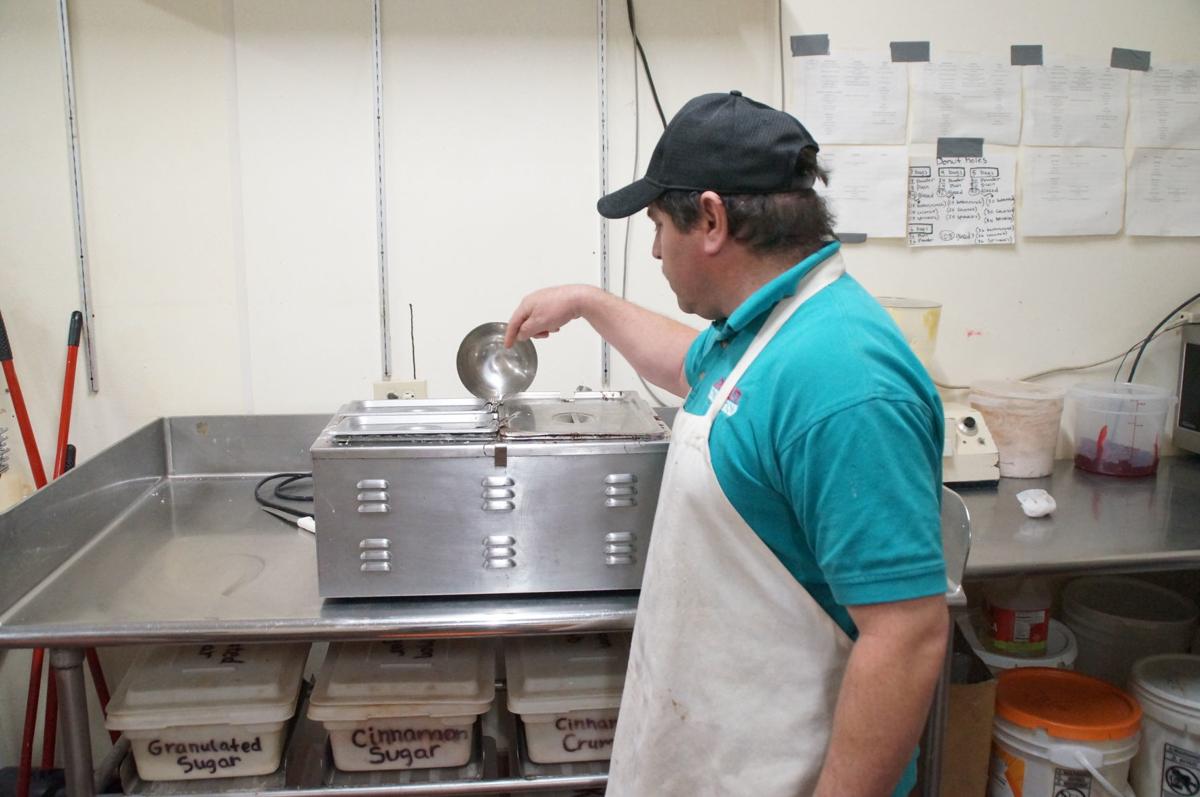 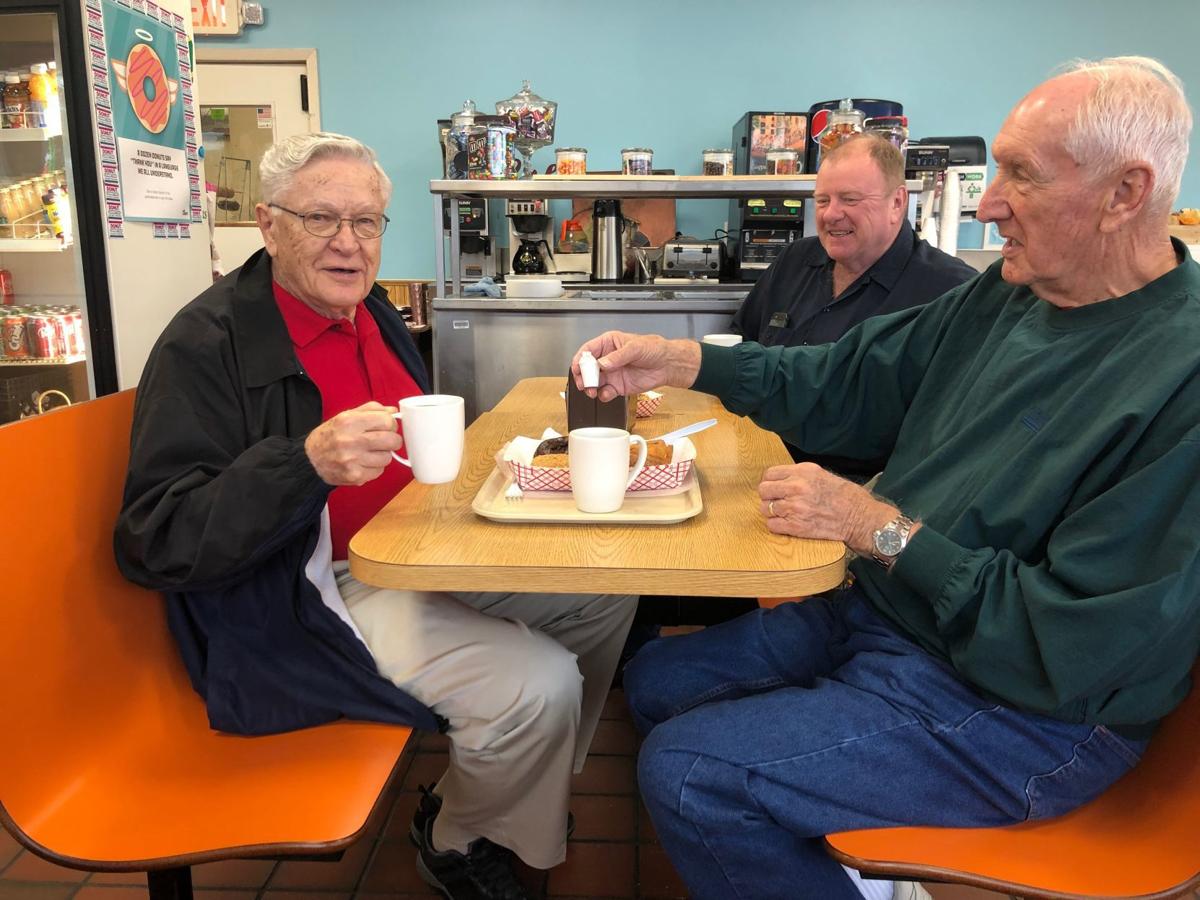 At 7:30 a.m. on a hazy October morning, Ella, Carlos and Blanca Correa were already a couple hours deep into their work shifts. Joshua Correa was already on his way home after working through the night preparing hundreds of doughnuts for Shakopee locals and passersby.

Six retired men sat in the corner of the shop, cups of steaming coffee in hand, talking politics and church and weather and everything in between. Blanca stayed light on her feet, though she went to bed at 9 p.m. and woke up at 2 a.m., as she trained her friend Miranda Ramirez how to do payroll and inventory in between helping customers and pouring cups of coffee.

Two years ago, Carlos was a FedEx driver and his wife, Blanca, stayed at their home in Chaska with their eight children. They had a dream to open a Mexican restaurant someday, where both of them could work together. When they saw downtown Shakopee’s former Mister Donut for sale, they jumped on the deal. The owner told them he’d sell the business, under one condition: it remained a doughnut shop.

Neither Carlos nor Blanca particularly enjoyed baking but it seemed like an opportunity they couldn’t pass up. So they made a deal: they’d keep selling doughnuts, if the former owner taught them how.

Carlos and Blanca asked their then-19-year-old son Joshua, who was looking for a job, if he’d like to be the baker. He agreed, and now he arrives at the shop around 1 a.m. each day. That was two years ago. Now, the Correas said about 80% of their customers are regulars.

And the regulars keep coming back because they say the doughnuts are addicting. The selection is a far cry from the trendy cereal-coated, bacon-covered, $5 gourmet doughnuts people buy for the sole purpose of getting a photo in front of a white backdrop. Here, the $1 old-fashioned doughnuts will do the trick. They are reminiscent of simpler times, before doughnuts became Instagrammable.

Don Kielblock, Curt Latzke and Marty Baloga drive to Donut Connection from Eden Prairie once a week and split six doughnuts among the three of them. This week, they tried double chocolate, old fashioned, butternut and pumpkin doughnuts. They bickered jokingly about who would get the bigger half of each doughnut.

“They don’t make doughnuts like this in Eden Prairie,” Kielblock, a 90-year-old retired photographer said after his friends named him the “doughnut connoisseur.”

“This is just a hometown favorite," he said.

Chuck Demers has come to the doughnut shop from Eden Prairie every morning for the last 12 years, since he retired. He grew up in Shakopee and remembers stopping every day at the former Shakopee Bakery downtown while he was on his paper route.

“I’ve been a doughnut freak my whole life,” Demers said. His favorites right now are the pumpkin doughnuts, but he likes to mix it up to keep things interesting. When he does, he loves the cinnamon rolls and apple fritters.

Both from different parts of Mexico, Carlos and Blanca met at La Luz del Mundo church in Shakopee after Carlos relocated to Minnesota from Chicago and Blanca from Texas. They’ve been married 26 years.

Blanca and Carlos took over the bakery mainly so they could be together. Truck driving never allowed for much quality family time. Now, although they work long hours and deal with the stress of owning a small business, they get to work alongside each other.

“It’s fun. You get to understand things you didn't before,” Blanca said.

But if you ask the Correas, they’d tell you they are still learning the art of perfecting their doughnuts. For the first couple months of running the shop, Carlos and Blanca said, the doughnuts didn’t look like doughnuts. They looked more like bowls, and it was difficult to remain consistent.

“It’s been a learning curve,” Blanca said. “I never knew making doughnuts was so much work.”

And working with family has also been a learning curve — but a good one, Carlos and Blanca’s fourth daughter, Ella Correa, said. Ella, who just graduated from Chaska High School last year, works at the bakery most mornings and said she’s gotten to know her family much better because of it.

“It’s been good to help out my family,” Ella said, adding that she doesn’t want to do this the rest of her life. She just finished up at Empire Beauty School in Bloomington, and hopes to soon become a cosmetologist. For the time being, though, she said she is happy working with family.

And although the bakery isn’t a Mexican restaurant, it’s starting to look and feel like home, and customers are noticing. On the window of the coffee shop are the words, “To our valuable customers: the past two years have been sweet by your side!”

The words are surrounded by a dozen photos of customers holding doughnuts and coffee, sitting in the old-fashioned, diner-style bright orange booths. It would be safe to assume Carlos and Blanca know most of the pictured customers by name.

"They don't make doughnuts like this in Eden Prairie."