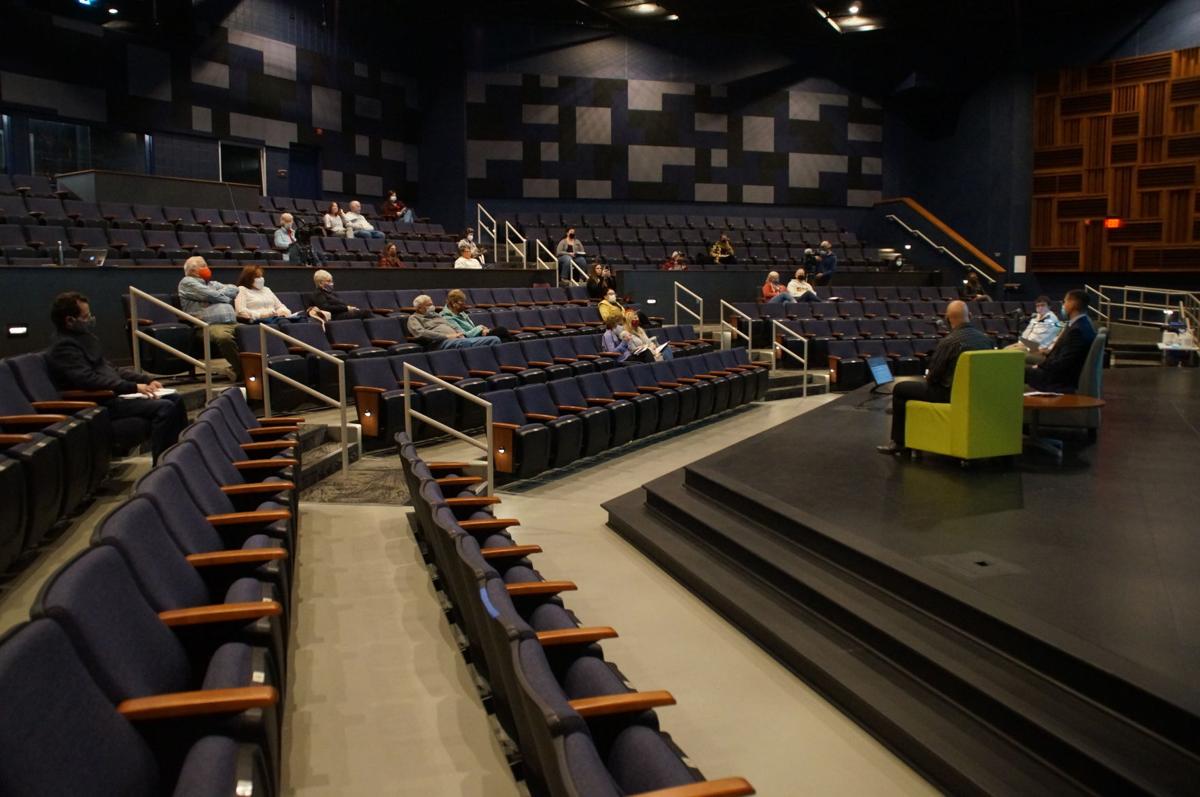 A handful of residents attended a May 10 Shakopee School District community forum in person, and the rest watched online. Residents were encouraged to engage with the district with any questions they had. Most of the questions were related to the district’s financial situation. 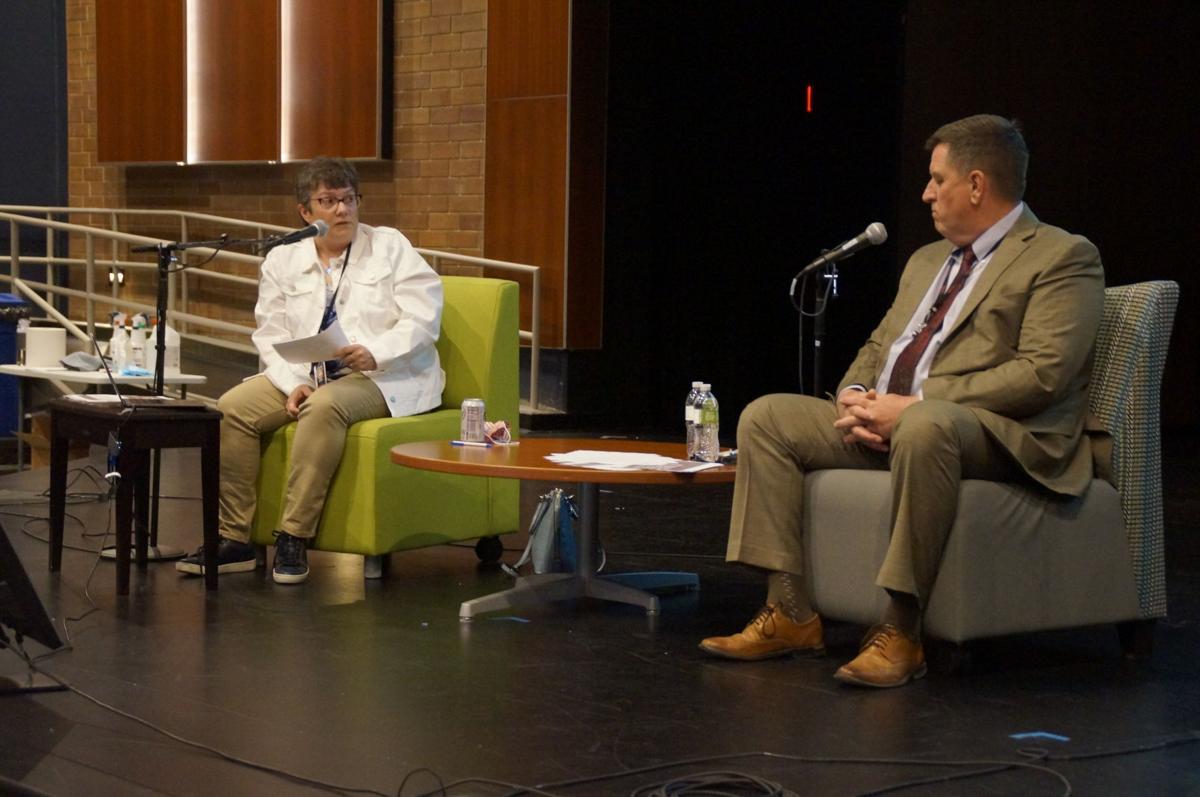 Difficult decisions are ahead for the Shakopee School Board. A community forum on May 10 welcomed questions about a possible second try at a voter-approved operating levy.

A handful of residents attended a May 10 Shakopee School District community forum in person, and the rest watched online. Residents were encouraged to engage with the district with any questions they had. Most of the questions were related to the district’s financial situation.

Difficult decisions are ahead for the Shakopee School Board. A community forum on May 10 welcomed questions about a possible second try at a voter-approved operating levy.

Some of the submissions came from residents who questioned the district’s fiscal responsibility. That’s a common theme, Redmond said. But the district has no more fat to cut, and as the only metro district without a voter-approved operating levy, to continue without one will inevitably mean more cuts that will directly and deeply impact students.

The grim financial outlook in lieu of a voter-approved operating levy comes in the wake of sweeping cuts after a failed $9 million operating levy in November 2020. The cuts included 57 full-time or part-time teachers, cuts to district paraprofessionals and counselors, the elimination of middle school sports and more.

If the school board approves another operating levy to go before voters again this year, and the levy fails, Redmond said the district’s cuts would affect the entire district, from increased class sizes to longer walking distances to the elimination of more programs.

“There’s really no options left off the table if there’s budget cuts.”

In November, 54% of voters cast ballots against a proposed $9 million operating levy. So the school board implemented $7.4 million in cuts to correct the district’s deficit.

That deficit, administration has said, is due to state funding that hasn’t kept pace with inflation and the lack of a voter-approved operating levy.

Right now, next year’s school district budget is built off the assumption that the state will be doling out an additional .5% of what it allotted last year, which is less than the rate of inflation. But the state hasn’t yet made a final decision on its budget.

“So here we are, building a budget and figuring out staffing… but we don’t know exactly what the revenue from the state will be next year,” Redmond said.

“That adds up to (metro districts receiving) $15.7 million more per year,” Redmond said. “I think we’ve done a heck of a job using the resources we have very well… but I think that’s become a lot more challenging.”

Some residents submitted questions at the May 10 forum about buildings and land the district owns, asking why the district can afford a new high school but recently cut teachers. The question is common, Redmond said. But state statute strictly prohibits districts from using building bonds and long-term facilities maintenance funds on operating expenses, such as payroll. So money from the 2015 voter-approved building bond to fund the new Shakopee High School cannot be used toward operating costs.

One option the school board is exploring is what administration called a $7.4 million “build back levy,” meaning it would bring back many of the cut positions that directly impact students.

This option would bring back some, but not all, positions and programs that have been cut this year.

If the board decided to aim to bring the district up to the metro-average levy amount of $1,261 per pupil, which is an $11 million levy, the average-priced home would see a net tax increase of $279 for taxes payable in 2022.

‘Time to move on’

Jenny Smith, whose kids have been attending Shakopee Public Schools for 13 years and whose husband Jeff Smith was recently elected to the Shakopee School Board, said she will be campaigning for another levy this year. Smith, who participated in the May 10 forum, told the newspaper she was saddened to see cuts made to many programs her children benefited from, such as fifth grade band, the high potential programming at the elementary schools and College in the Schools classes.

“My oldest son is able to skip his entire freshman year of college because of CIS classes,” Smith said. “People don’t realize how much money that saves.”

Though it happened five years ago, the district is still reeling from financial woes revealed during the time former Shakopee Superintendent Rod Thompson was convicted of swindling and embezzlement, which broke trust between the district and its taxpayers.

One resident asked administrators and board members how it could trust the district with a successful operating levy after the Rod Thompson scandal. Board members say it’s not fair to project the district’s failures from half a decade ago onto its current student body.

“People have a right to be angry about that,” Redmond said. “But that was a long time ago. Our kids entering kindergarten this year weren’t even born when some of this was happening.”

Residents at the community forum also asked why board members and administration thought the original levy failed.

“Trying to engage the voter… you want to inform people going into that ballot box,” Redmond said. “And that’s a challenge, trying to communicate something that’s really complex, and also trying to raise someone’s taxes. So if they don’t know about it, and they see it’s going to raise their taxes, they’re going to vote no.”

Part of the difficulties with engaging voters last year had to do with the year that was 2020. The pandemic made it difficult for residents to gather at community forums such as the one held this week. Political unrest likely led to many residents not taking the time to educate themselves on the district levy. And the financial hardship many families suffered during the pandemic likely led them to lead towards voting no to any raise in taxes.

“We have one focus in mind,” Peterson said. “It’s our kids. We need your help and your support to help guide us… but we’re going to get this ship back in the right direction.”