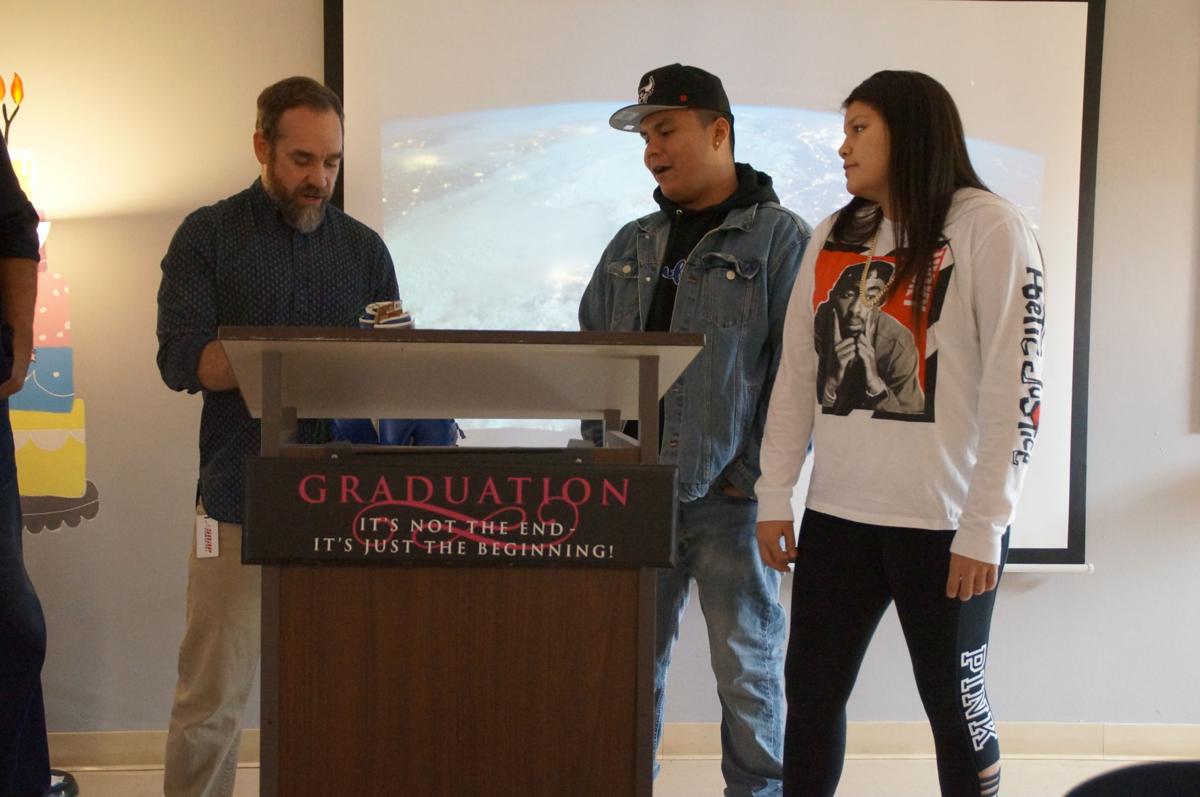 Alicia Mason and Diego Paquette Ten Bear’s child was born March 2019. They earned their high school diplomas Nov. 7. Teacher Paul Kelly, left, gifted them boxing gloves to give to their son, Koda, to remind him to keep fighting. 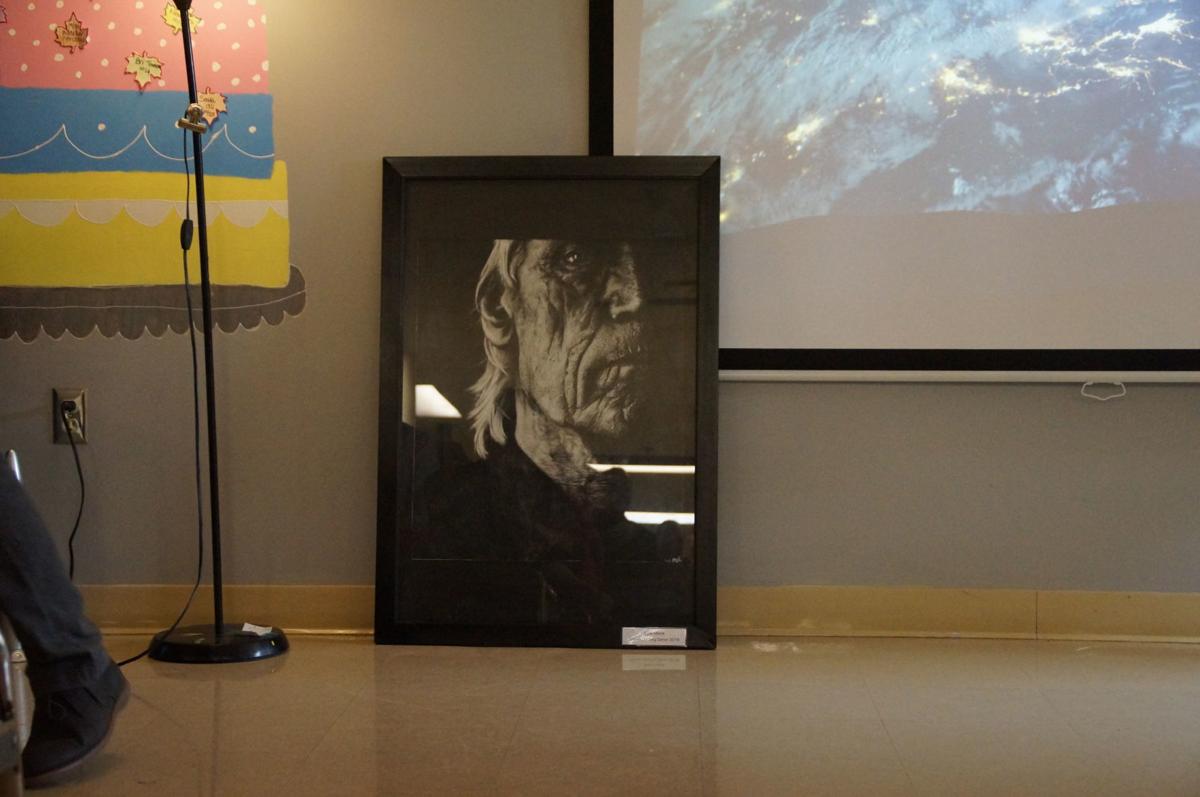 Katie Mytnik, a first-quarter 2019 graduate of the Tokata Learning Center, was recognized at the graduation ceremony for this portrait she painted in art class. The portrait has been on display at the district center.

Alicia Mason and Diego Paquette Ten Bear’s child was born March 2019. They earned their high school diplomas Nov. 7. Teacher Paul Kelly, left, gifted them boxing gloves to give to their son, Koda, to remind him to keep fighting.

Katie Mytnik, a first-quarter 2019 graduate of the Tokata Learning Center, was recognized at the graduation ceremony for this portrait she painted in art class. The portrait has been on display at the district center.

Three years ago, Tokata Learning Center students Alicia Mason and Diego Paquette Ten Bear were on the cusp of dropping out of high school. That was before Mason got pregnant.

When they found out they were going to be parents just under two years ago, Mason took seven credits in a quarter instead of four. Ten Bear started focusing on his schoolwork and made up his mind he’d get his diploma, no matter what.

“When they first came, my first thought was, how? How are we gonna get from here to there?” Tokata Learning Center Principal Eric Serbus said. “But life was coming and (Alicia) wasn’t going to let go.”

And when their baby Koda was born in March 2019, they kept going, with help from the staff at Tokata. The receptionist was the caretaker, changing diapers and putting Koda to sleep during the day while they took classes.

So when Serbus called up the last two graduates to receive their diplomas, he called them up together.

The Tokata Learning Center holds four small graduation ceremonies each year — one for each quarter, as students complete the credits needed to finish high school. For all five Tokata students graduating, the parting words, gifts and the diplomas were not just symbols to commemorate the next chapter. They marked the light at the end of a long and sometimes discouraging journey.

The Tokata Learning Center is an alternative high school in Shakopee designed to help struggling students overcome challenges that are barriers to a successful school experience.

The learning center’s graduation ceremony was not any high school graduation you’d expect: there were no gowns, no bedazzled caps, no valedictorian speeches. Instead, the five graduates each accepted a short speech and gift from teachers or staff members they grew close to over the years.

“Gerson was stuck. Life happened… and then something shifted,” Serbus said. “In a matter of about three weeks, he finally did it.”

“It’s not about the piece; it’s about the person and talent that created the piece,” Froehlich said.

Kali Stephens was encouraged by former Tokata teacher Kelly Holstine, the 2018 Minnesota Teacher of the Year, who came back for graduation and gifted Stephens a journal, telling everyone a story about a time Stephens wrote a poem asking who her superhero was.

“I’ve got good news, Kali. The superhero of your story is you,” Holstine told Stevens. “It’s always been you.”

Mason and Ten Bear, Koda’s parents, were gifted a pair of boxing gloves from Tokata counselor Paul Kelly, whose voice trembled as he presented the gloves.

“I can’t possibly not give these to you,” Kelly said, holding the boxing gloves a former student gave to him years ago. “So you can pass these down to your son.”

As emotions ran high in the room and uncertainty echoed from its walls, Serbus offered one last piece of advice before sending the five students off into the world.

“Life is going to suck sometimes. Embrace the suck.”