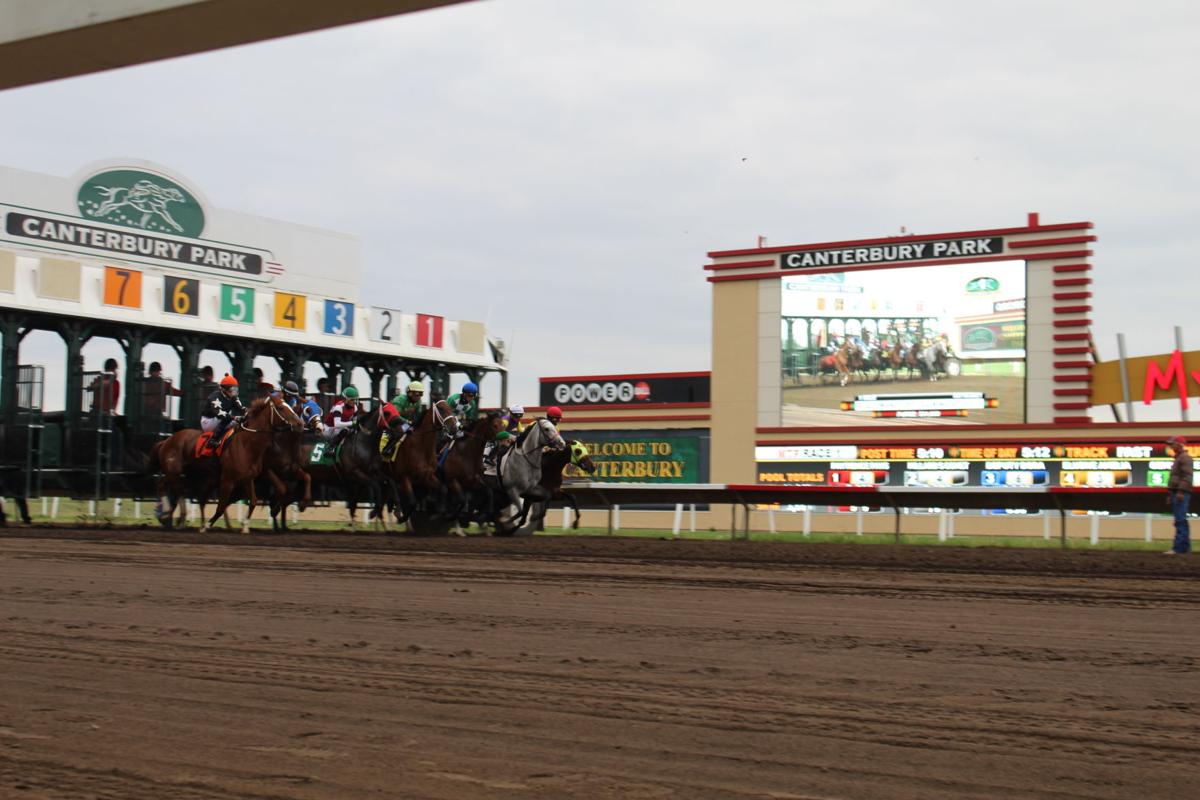 Horses and their riders break away for the first race of the evening on Tuesday, May 18. 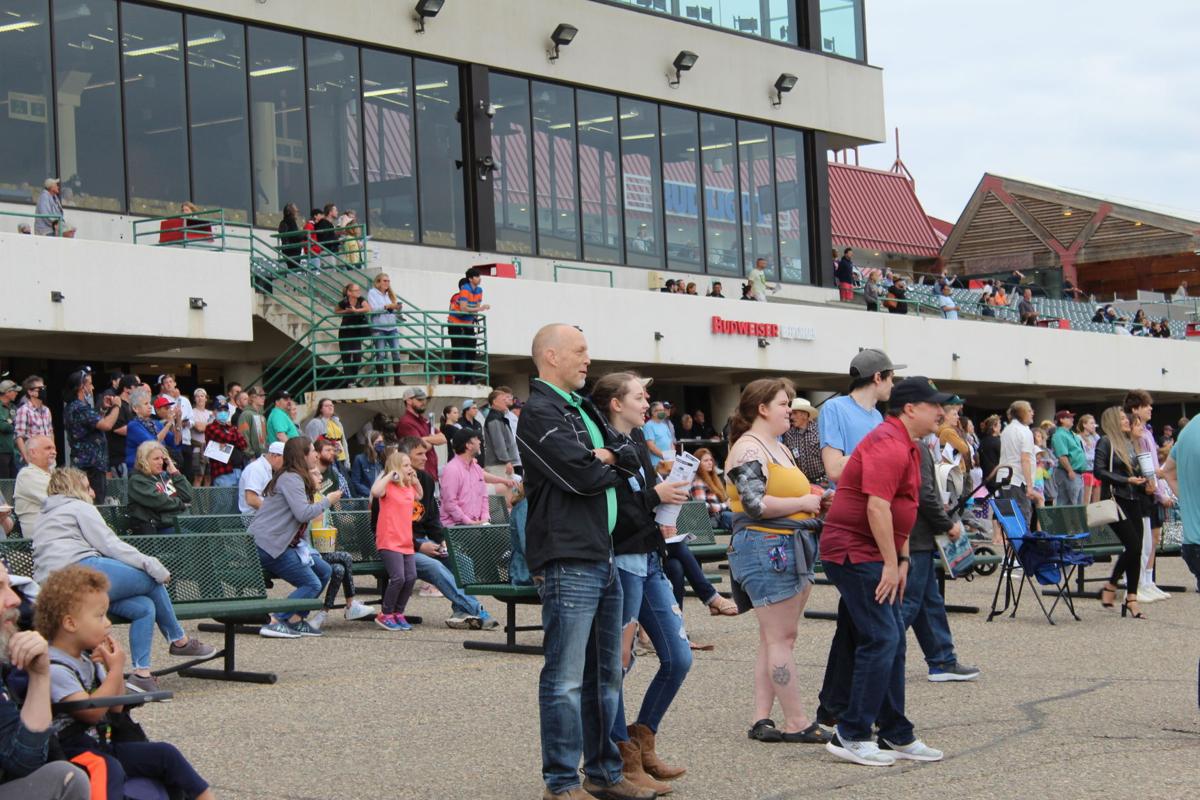 Members of the crowd get out of their seats to peer over the fences and see who will win the first race of the evening — and of the season. 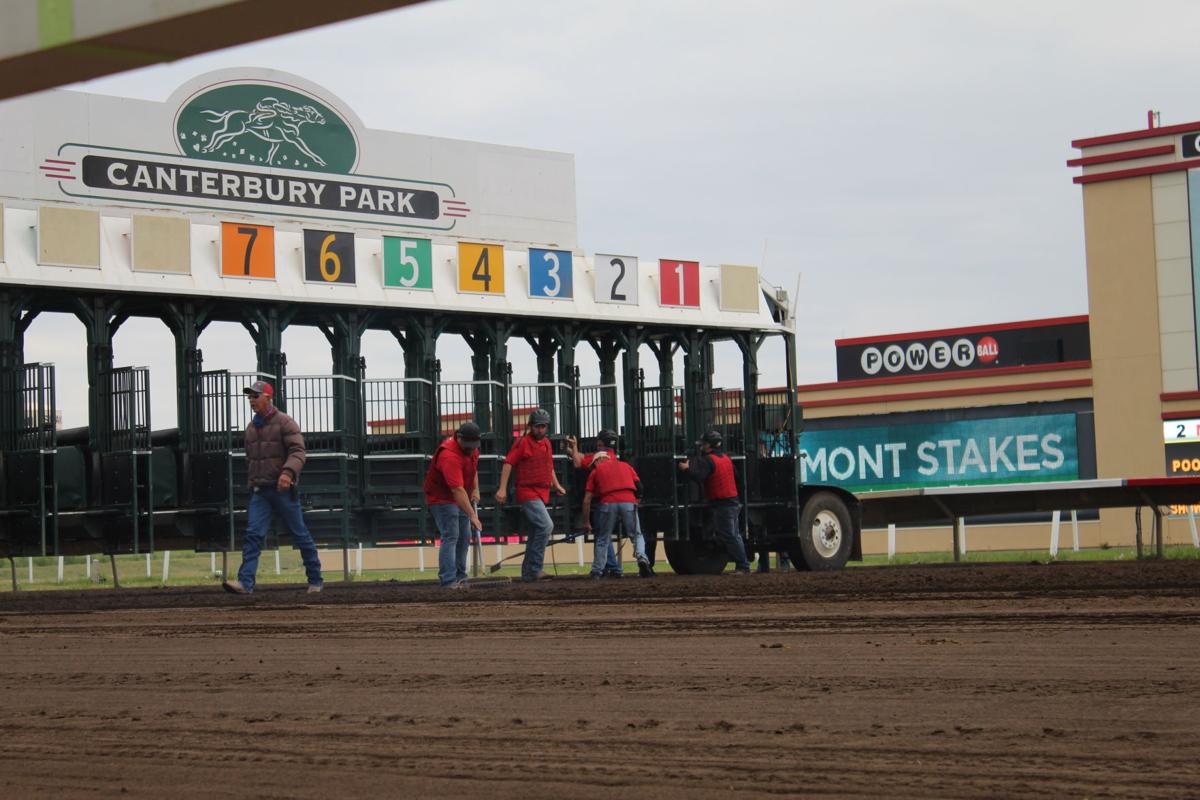 Behind the scenes, the park runs like a well-oiled machine with many moving parts. “A lot of people go into making this happen,” said Media Relations Manager Jeff Maday. 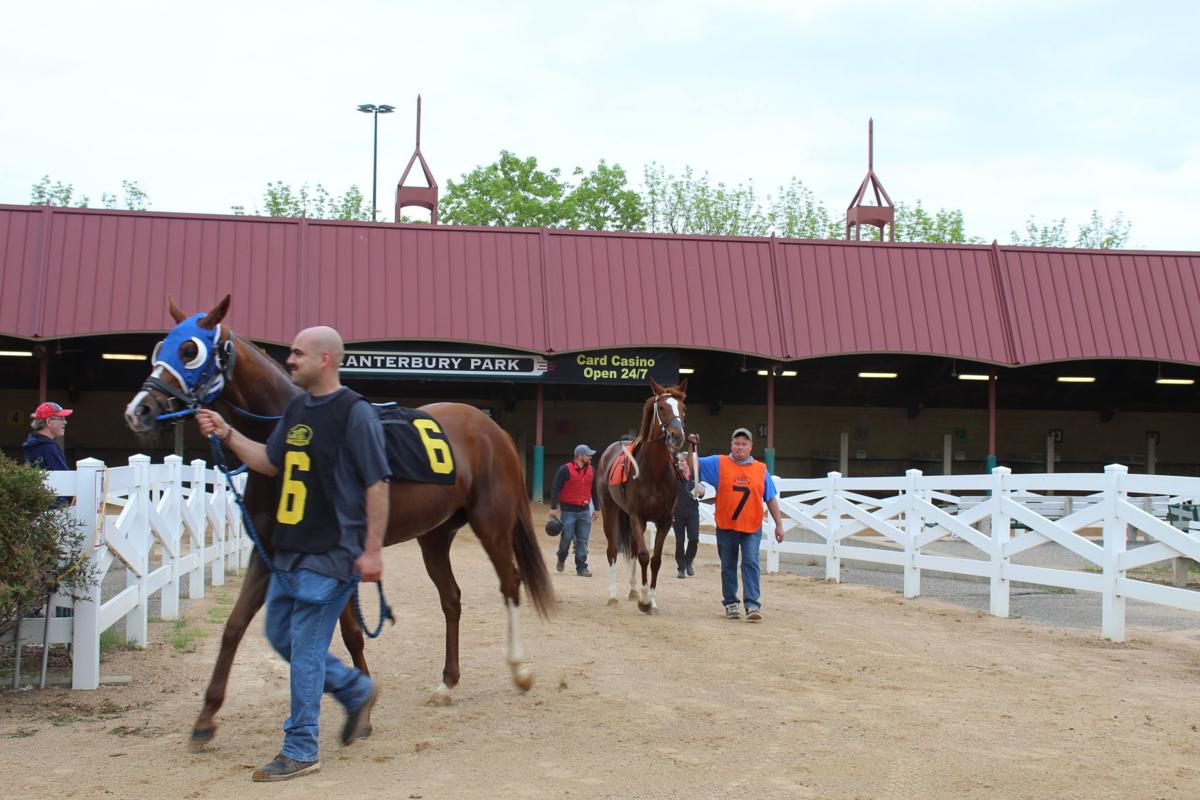 Horses are guided out to meet their riders before the first race of the season.

Horses and their riders break away for the first race of the evening on Tuesday, May 18.

Members of the crowd get out of their seats to peer over the fences and see who will win the first race of the evening — and of the season.

Behind the scenes, the park runs like a well-oiled machine with many moving parts. “A lot of people go into making this happen,” said Media Relations Manager Jeff Maday.

Horses are guided out to meet their riders before the first race of the season.

As John Groen made his way to the race track he stopped several times to adjust signage and greet incoming guests of Canterbury Park.

“It’s always chaotic on the first day of the season,” said Groen, Canterbury Park’s vice president of marketing on Tuesday, May 18.

But this year, the chaos is welcomed.

After a difficult year due to the COVID-19 pandemic, the mood at Canterbury has considerably lifted. Although fans will still see employees in masks and sanitizing stations around the park, things almost feel back to normal.

On opening race day, 2,500 guests were able to be in the stands, about 10 times what was allowed last summer due to restrictions on capacity to allow for social-distancing.

“We feel like we’re seeing the light at the end of the tunnel,” said Groen.

Groen said the track will continue to ramp up capacity around Memorial Day as people get more comfortable with coming out to view the live races. Outside of horse racing, some of the novelty events Canterbury is known for, including unicorn and dog races, will resume later in the summer, said Groen.

Though opening day wouldn’t typically be on a Tuesday, Groen said this year feels “refreshing” in comparison to 2020.

The energy among long-time fans, owners, jockeys and park employees was high on Tuesday night.

“This is what we wait for,” Groen said.

As good as it gets

The Canterbury experience has drawn some trainers and owners to Shakopee for decades.

Trainer Bernell Rohn grew up on a farm in North Dakota and has lived in the area since the 1980s. He’s been racing his horses at Canterbury since 1985.

Though Rohn said he fully understands why the racing atmosphere had to be different last year and knows the pandemic isn’t fully over yet, he thinks the upcoming season will feel like a familiar return home.

Rohn has had horses race on tracks around the country, but says there’s something different about Canterbury.

Racing jockey Quincy Hamilton comes all the way from southeast Texas to ride at Canterbury.

Last year he had to find elsewhere to race due to COVID, but he said he’s excited to be back at Canterbury this season.

“In the Midwest this is about as good as it gets,” Hamilton said.

Although many things feel back to normal, so to speak, a couple of reminders remain of the pandemic the world recently endured.

For one thing, it’s been difficult to recruit staff to operate the park as capacity increases.

“We could increase capacity now but we wouldn’t have the staff to be able to create the experience we want to give,” said Vice President of Human Resources Mary Fleming.

It was difficult to retain employees after last year, where many staff had to be furloughed.

It’s not just the fans who love coming back to Canterbury — vendors including Scott County-based Pizza & Pasta have been there for decades.

Siedow said many of their employees have been with them for years, and view their hours at Pizza & Pasta as “their fun job.”

“A lot of our employees are like veterans,” Siedow said.

Live racing will take place throughout the summer at Canterbury.

For a full schedule of events and to view the racing cards, visit canterburypark.com.