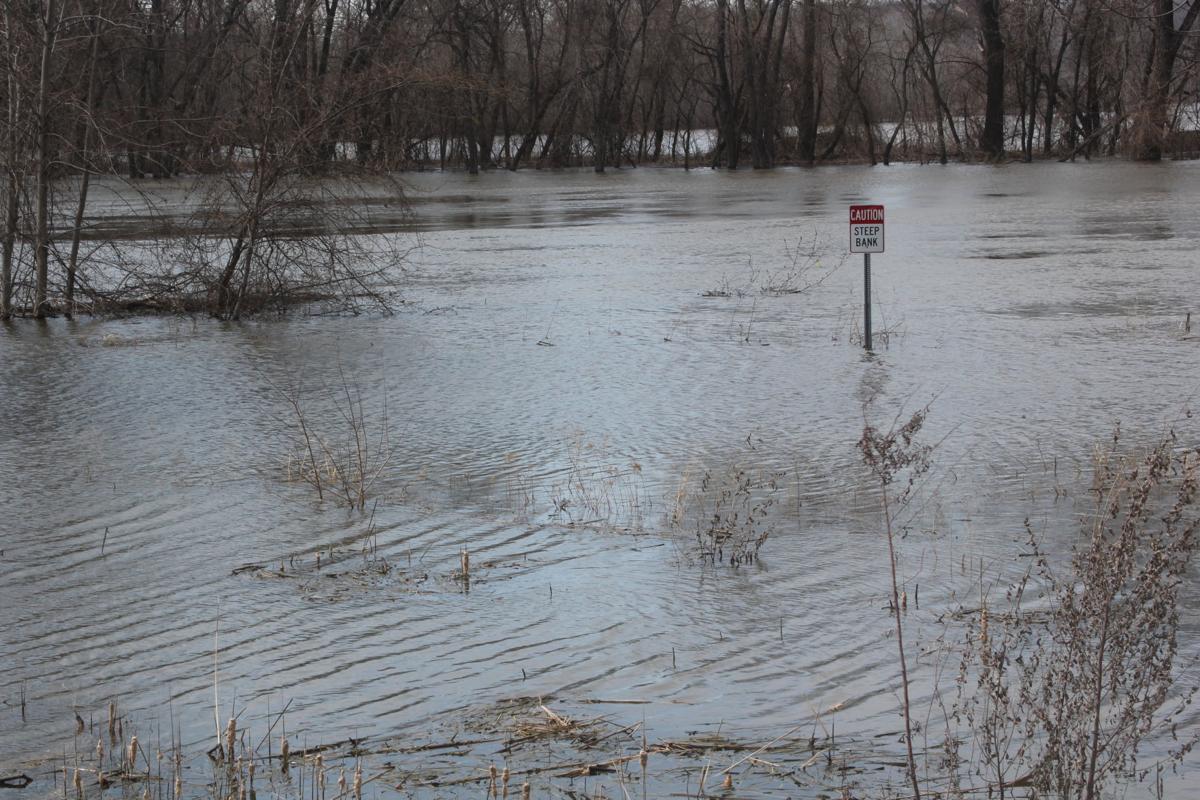 The Minnesota River was over its banks at Huber Park in Shakopee in May 2018. 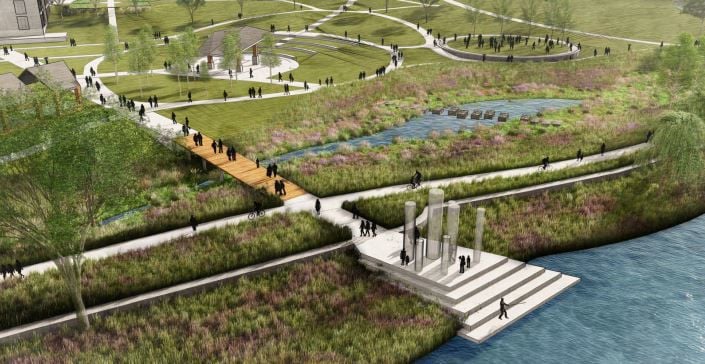 The Shakopee City Council adopted the Parks, Trails and Recreation Master Plan in August, which is part of Envision Shakopee. The stabilization of the river is part of that plan, along with celebrating American Indian history in the culturally-rich area. 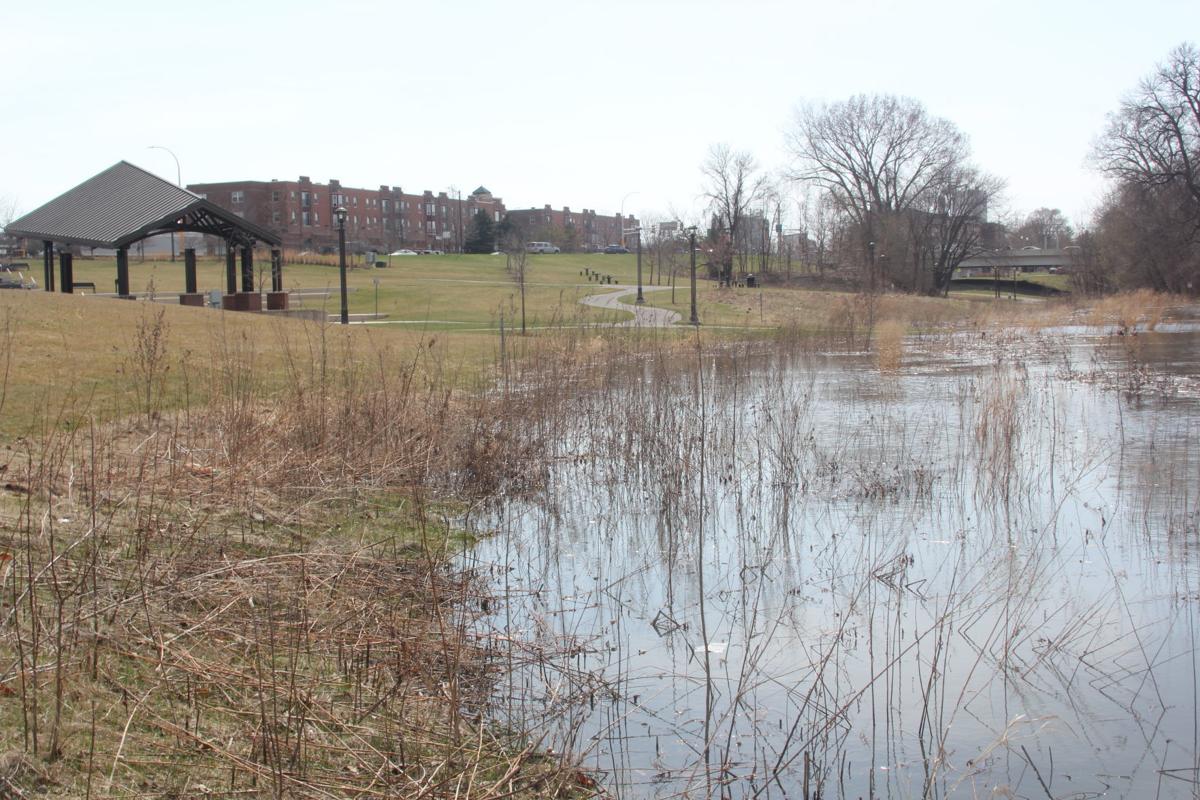 A view of the Huber Park Pavilion in Shakopee shows how far the Minnesota River was over its banks on a Monday afternoon in May 2018.

The Minnesota River was over its banks at Huber Park in Shakopee in May 2018.

The Shakopee City Council adopted the Parks, Trails and Recreation Master Plan in August, which is part of Envision Shakopee. The stabilization of the river is part of that plan, along with celebrating American Indian history in the culturally-rich area.

A view of the Huber Park Pavilion in Shakopee shows how far the Minnesota River was over its banks on a Monday afternoon in May 2018.

For anyone living along the Minnesota Riverbank, flooding is a part of life.

The warnings come and go like severe thunderstorms. Flooding happens, it makes the news, and — after the damage is cleaned up — people move on until the next flood comes.

But experts on the Minnesota River are concerned that if the riverbank in Shakopee isn’t stabilized soon, a rising river could irreversibly erode American Indian mounds and damage vital sanitary sewers that service the western part of the city.

On Oct. 10, the Minnesota House Capital Investment Committee toured the southwest metro as part of its statewide tour to learn about regional public works projects that need state funding. During its tour, Shakopee city leaders and District 55A Rep. Brad Tabke, D-Shakopee, took the committee to Huber Park, where a neon pink flag stood a hundred feet from the river to mark where the water level is projected to be in 2060.

“Wow,” some of the committee members whispered under their breaths.

The concept plan for mitigating Shakopee’s water level problem would be to slant the river bank so it floods naturally. When water levels are lower, the river bank will be walkable, and when they are higher, that area would be designated for flooding.

The cost for this project would be in the neighborhood of $11.73 million.

The land between County Highway 101 and the Minnesota River is rich with culturally-sensitive land. Shakopee City Developer Michael Kerski said the Shakopee Mdewakanton Sioux’s three largest native burial grounds lie on this corridor, and because of river flooding and erosion, this historic piece of land is in danger.

“This impacts the oldest cultural resources that are left in Minnesota,” Kerski said.

The Minnesota Indian Affairs Council, which works to protect culturally-sensitive American Indian burial grounds, said in a statement that its staff is “working with the tribes, who are working with state and local units of government to protect the burial grounds, including ones in the flood-prone zone areas.”

The SMSC and city of Shakopee are working together to protect the cultural corridor. Shakopee’s recently-approved Parks and Trails Master Plan drafts a regional tourism destination that celebrates the American Indian heritage near the riverbank that would educate visitors on the history of the area. But the first step, city leaders say, is stabilizing the riverfront to protect that land.

When the river floods, 40 of the city’s sanitary sewers located near the banks become inundated with water, which means emergency repairs become difficult. The residents serviced by these sewers comprise 20% of Shakopee’s population and are mostly on the city’s west end.

“I lose sleep when the manholes are covered,” Shakopee Public Works Director Steve Lillehaug said while showing the bond committee the riverbank and areas where problems have occurred.

This spring, the river was flooded for three months and is again starting to hit flood levels, causing another concern, Lillehaug said.

The rising river water levels means the city probably wouldn’t be able to keep up with its sanitary sewage if the manholes along the river were indefinitely covered in water.

“We have issues in Shakopee that we’re simply going to have to fix,” Lillehaug told the bond committee.

Linda Loomis, an administrator for the Lower Minnesota River Watershed District, said the root of the problem lies in changes to the floodplains: when developments in watershed districts sprout up, and when farmers send their polluted water downstream, the problem snowballs up the river.

Lillehaug told the bond committee less than one percent of the river water eroding Shakopee’s riverbank is from Shakopee.

“But the city of Shakopee does it to folks downstream, too,” she said. “So we all have to be part of the solution. We can’t just say it’s not from us. Because their water goes someplace. Maybe it doesn’t stay in Shakopee but it goes somewhere.”

Hendrickson, while acknowledging Shakopee has a problem that needs to be stabilized, also said some rivers that have been rising for years eventually reach equilibrium, which could be the case with the Minnesota River. This means the water level problem could somewhat correct itself 15 to 20 years from now, after the river stabilizes itself.

Loomis, however, said something should be done soon, adding that communities and cities across the state should take a more concerted effort to reduce their impact on the river.

“The longer we wait, the more dire consequences will be,” she said.

Hendrickson said one thing’s for sure: flow levels in the Minnesota River are going to continue to increase for the foreseeable future. The problem is that nobody knows to what degree these levels will rise. And other than stabilizing the flood zones, which costs millions of dollars, nobody really knows how to tackle it.

“High water affects people,” Hendrickson said. “There are some things we can do… but I think it’s kind of limited.”

“We have issues in Shakopee that we’re simply going to have to fix."