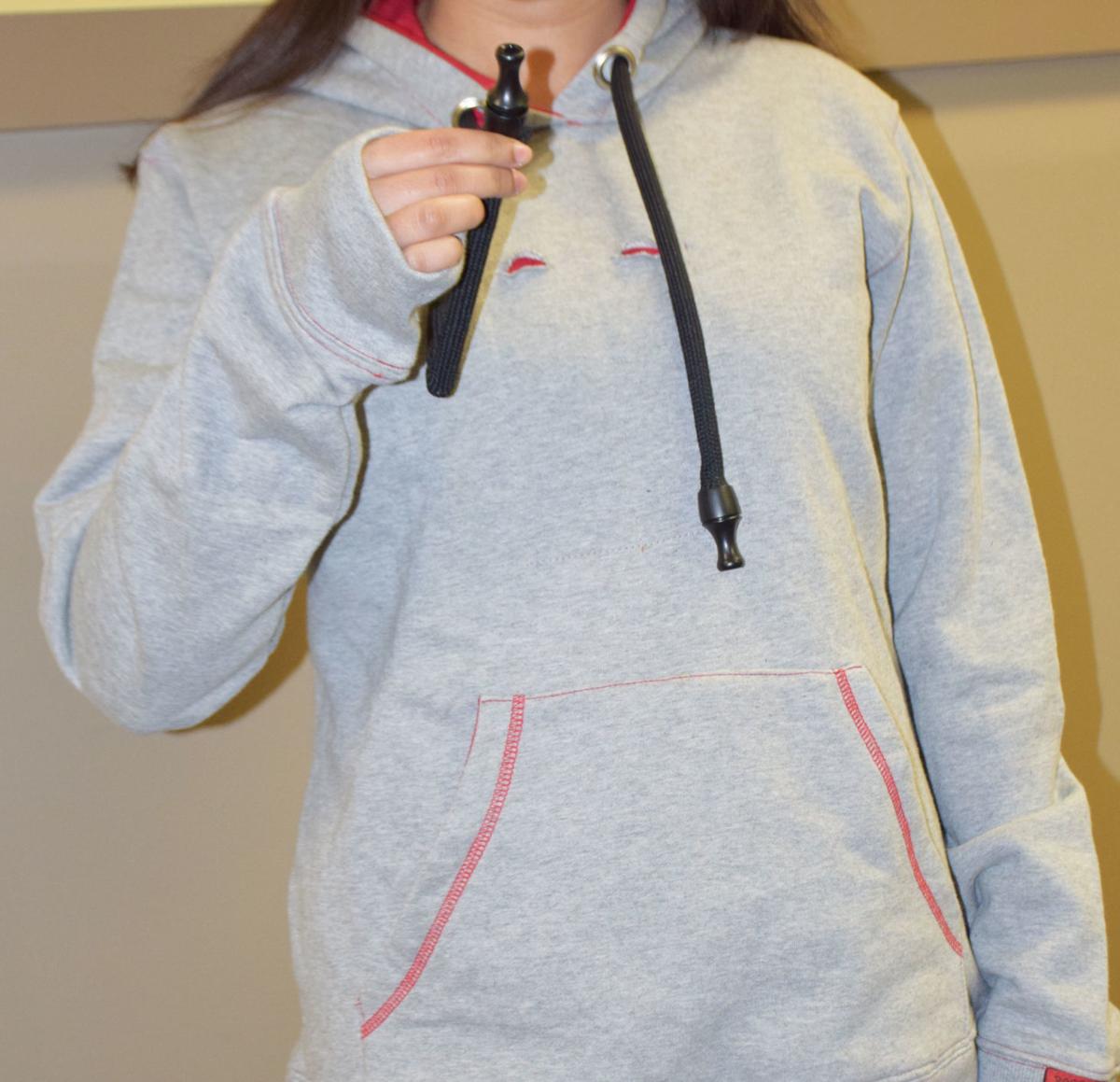 An e-cigarette integrated hoodie allows vapers to fly under the radar. 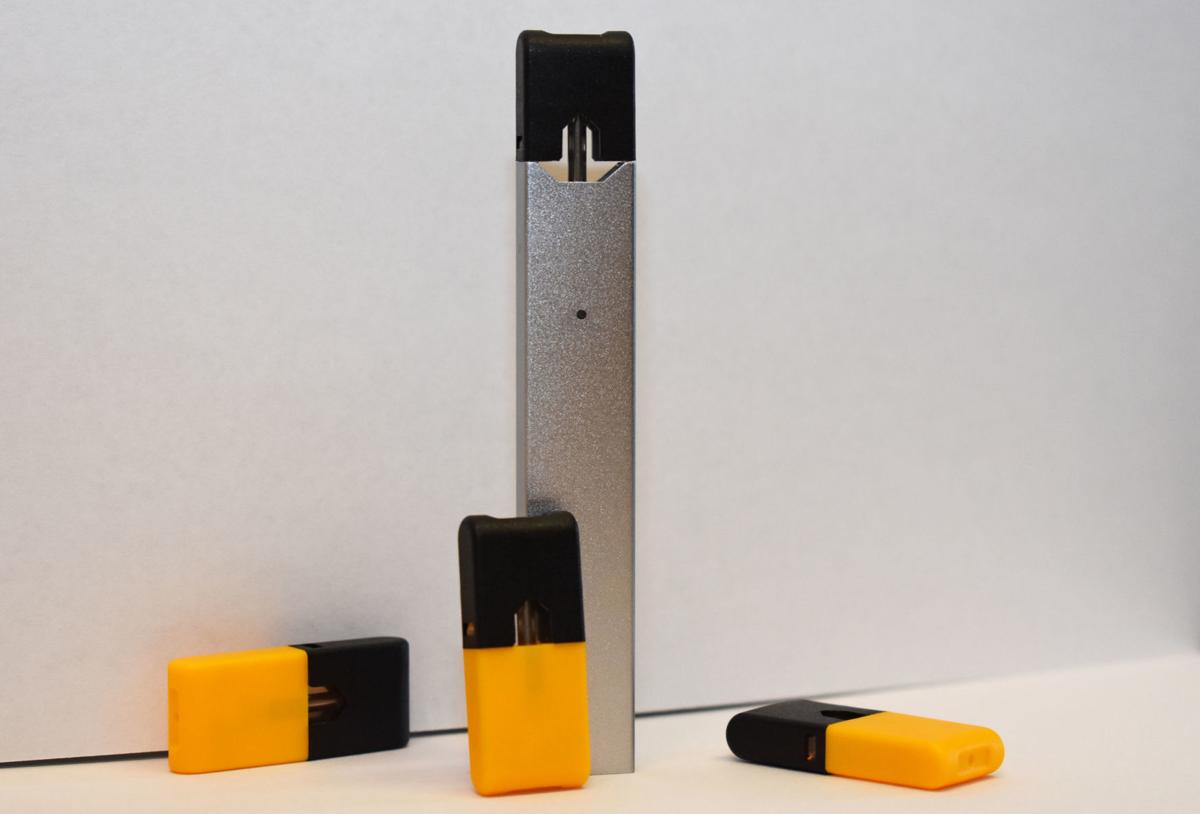 Vape cartridges come in a variety of flavors including mango, creme and tobacco. 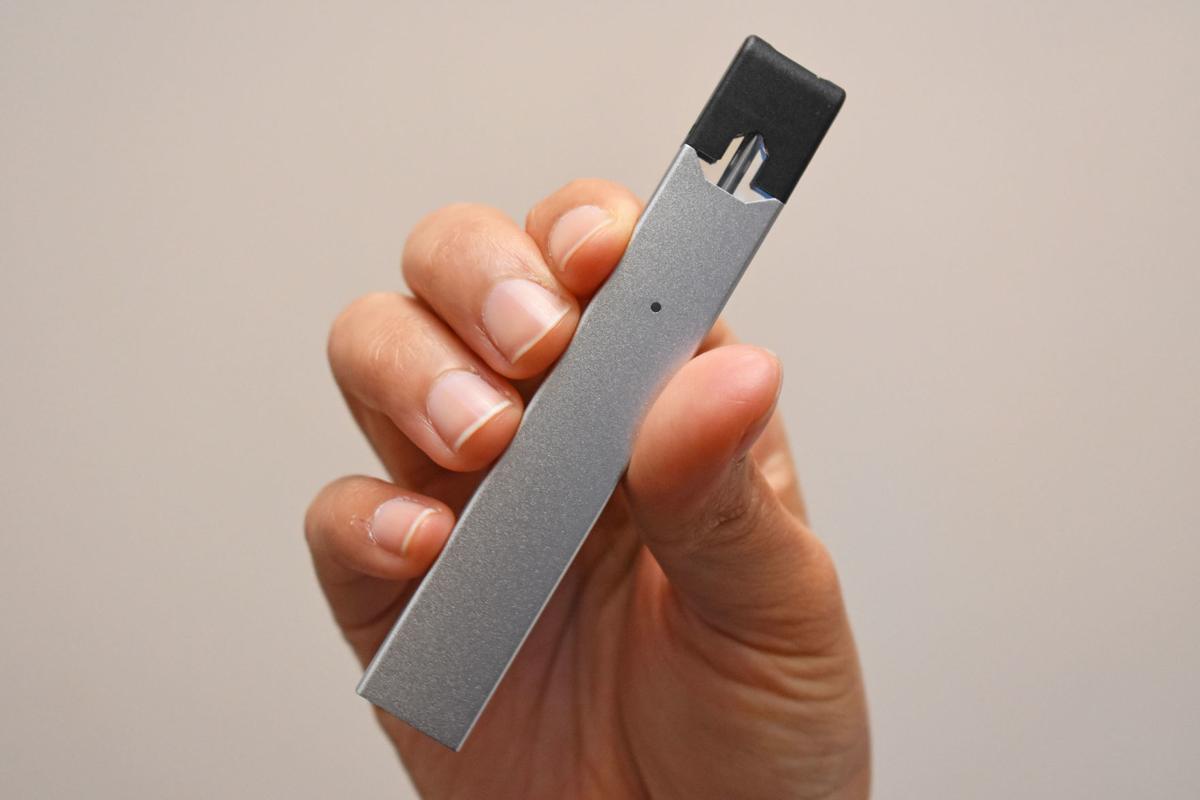 Vape pens resemble a USB and juice cartridges come in a variety of flavors. 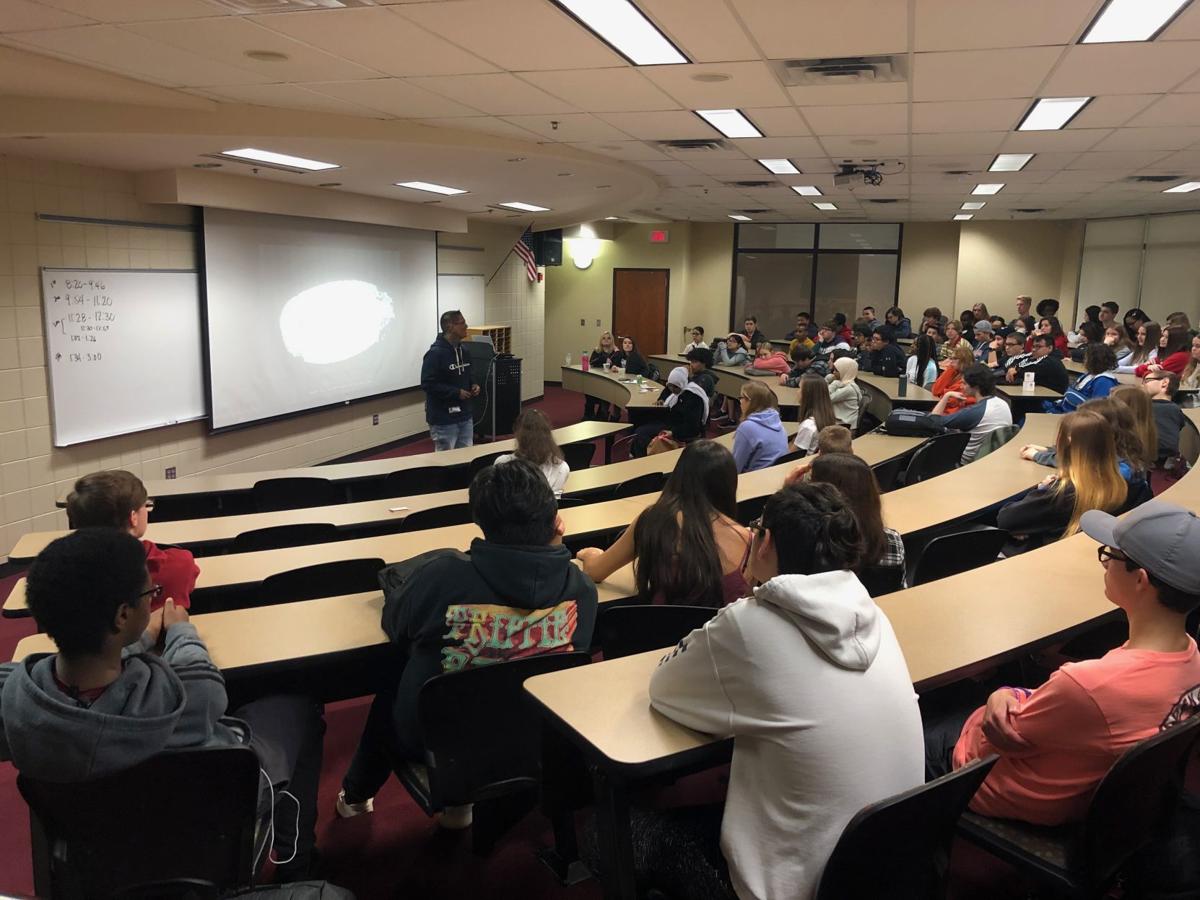 Micah Meline, a recovering drug addict who now works for Minnesota Adult and Teen Challenge, a recovery network, told the room he started using electronic cigarettes to overcome his addiction to cigarettes, along with his experience with other drugs and alcohol.

An e-cigarette integrated hoodie allows vapers to fly under the radar.

Vape cartridges come in a variety of flavors including mango, creme and tobacco.

Vape pens resemble a USB and juice cartridges come in a variety of flavors.

Micah Meline, a recovering drug addict who now works for Minnesota Adult and Teen Challenge, a recovery network, told the room he started using electronic cigarettes to overcome his addiction to cigarettes, along with his experience with other drugs and alcohol.

A lecture hall full of mostly sophomore Shakopee High School students sat intently as three former drug users shared their stories, which were riddled with violence and jail time and unexpected pregnancies. The lectures weren’t unlike what many have heard at some point in high school, and the message was the same: addiction ruins lives.

But this time, the message touched on one addiction some educators and parents didn’t think much of a few years ago — vaping.

Micah Meline, a recovering drug addict who now works for Minnesota Adult and Teen Challenge, a local recovery network, told the room he started using electronic cigarettes to overcome his addiction to cigarettes.

“I didn’t realize I was going to become way more addicted to vaping than smoking cigarettes,” Meline said.

But these statistics are just dots on a long spreadsheet full of question marks. Nobody knows the long-term consequences associated with vaping. There aren’t enough before-and-after photos of damaged lungs to show students in health class, as there are with traditional cigarettes. But that same unknown causes fear and uncertainty that prevents some teenagers from taking on the habit — an angle educators are using to leverage warnings against vaping at Shakopee High School.

Meline told the Shakopee High School students in mid-October he was privy to what goes on at high schools. He said he knows most schools have an unspoken “vaping lounge,” usually in the bathroom.

The stoic room full of students seemed to relate to Meline’s presumption, smiling and murmuring comments to one another.

“You guys are like the guinea pig generation,” Meline told the health class, bringing back silence. “Back in the day, they said smoking was OK. Well, years later, we know the consequences.”

In Minnesota, a quarter of 11th-grade students reported using an e-cigarette in the past 30 days, according to the 2019 Minnesota Student Survey, which is a 54% increase from two years ago. In 2016, 17% of 11th-graders had used an e-cigarette in the past 30 days. And the MDH said the incline among eighth-graders is even more significant, with nearly twice as many eighth-graders who have reported using e-cigarettes in 2019 as compared to 2016.

About 75% of 11th-grade students also said there was either no risk, a slight risk or moderate risk of using e-cigarettes.

“There’s more awareness of vaping,” Shakopee Police Sgt. Angela Trutnau said. “Because of that awareness, (vaping) is getting reported more. More students are reporting it to staff, who report it to administration.”

The increasing problem has led Gov. Tim Walz to direct the state’s commissioners of health and education to launch an “aggressive” outreach campaign, according to the MDH.

“This includes conducting informational briefings across the state as well as other activities to get information to parents, students and health care providers to make sure people understand the risks of vaping,” the release stated.

Scott Tiedens, a health teacher at Shakopee High School, said the rising popularity of vaping among students caught the teachers by surprise.

“I think from our perspective, in the last two and-a-half years (vaping) just kind of exploded,” Tiedens said, adding right now the goal is to get the dangers of vaping in front of students as early as middle school. “In all honesty, this really caught us off guard. You start to hear more about it, but there’s been a rapid rise among our kids.”

Shakopee High School senior Tobias Brown said he’s stayed away from vaping because of the negative effects he’s witnessed amongs his peers. He said the extent to which students seem to be addicted to vaping is more severe than an addiction to cigarettes.

What the experts know

Dr. Lucien Gonzalez, Chair of the American Academy of Pediatrics Committee on Substance Use and Prevention and an assistant professor at the University of Minnesota, said vaping researchers are waiting on a resource no doctor, educator, parent or teenager has at their disposal: time.

Gonzalez said the best way parents and educators can help young adults steer clear of vaping is to warn them that it’s inaccurate to say e-cigs are healthier than cigarettes. Nobody really knows the consequences at this point, but those who choose to use e-cigs will be the objects of experimentation.

“Even when people were suspicious when people were smoking, it took a long time to generate evidence to confirm what they were talking about,” Gonzalez said, adding there are big-label e-cigarette companies marketing themselves as healthy alternatives to smoking cigarettes without evidence to back up those claims.

On top of that, there are also smaller, more dangerous e-cig vendors that sell cheaper devices to underage teenagers, which Gonzalez said many young people are turning to.

“So you don’t know what you’re getting when you buy junk over the internet, and you’re being misled by this idea that what you have is safer than smoking,” Gonzalez said.

While speaking at Shakopee High School, Meline’s own experience with vaping reflected this same sentiment, offering to the classroom what was known about vaping, which was mostly nothing.

“It’s kind of like shaking the dice with your life,” Meline said.

Despite the list of unknowns when it comes to vaping, Gonzalez said one thing is for sure — addiction is never a good thing.

“(Addiction) is a lifelong problem,” Gonzalez said. “And there’s a lot of research to reflect that kids will be dual users, meaning they’ll end up using cigarettes anyways.”