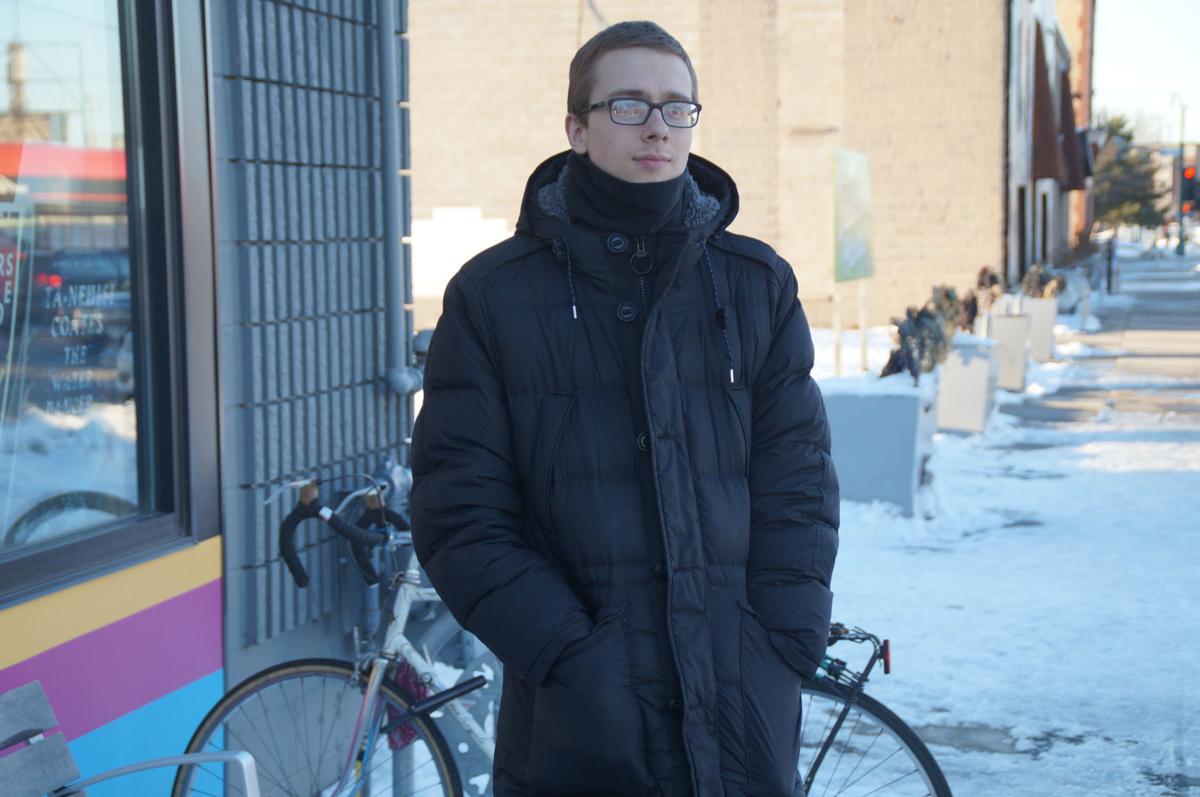 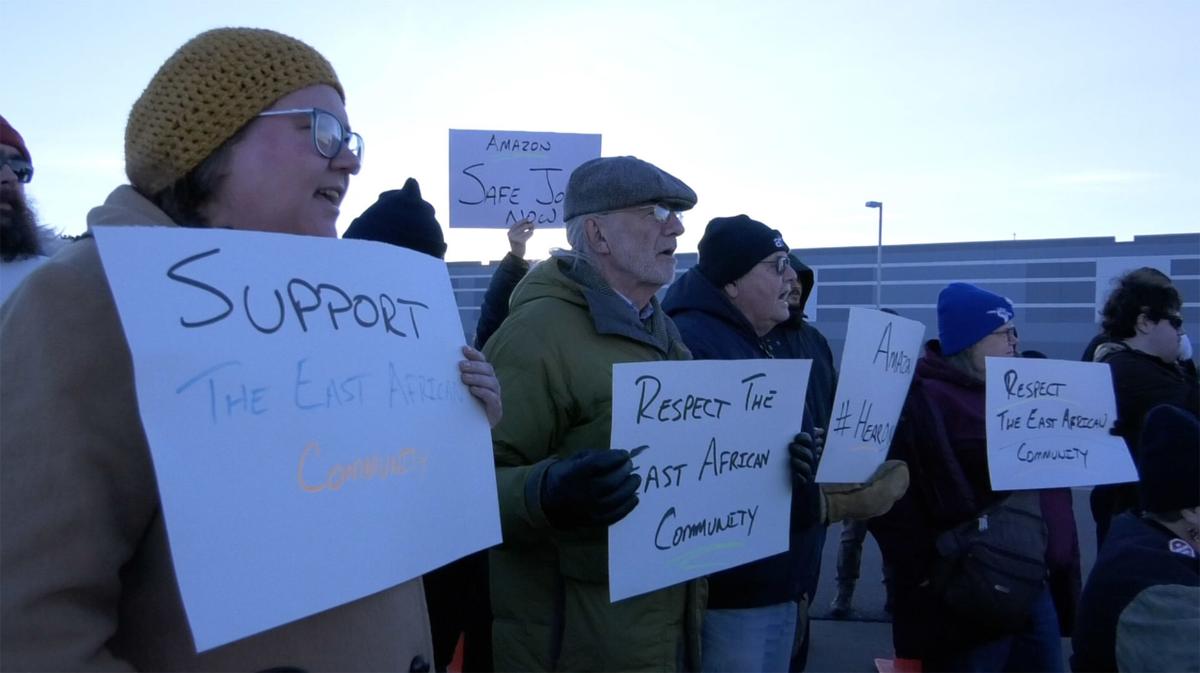 Protestors stand outside an Amazon fulfillment center in Shakopee on Friday, Dec. 14. 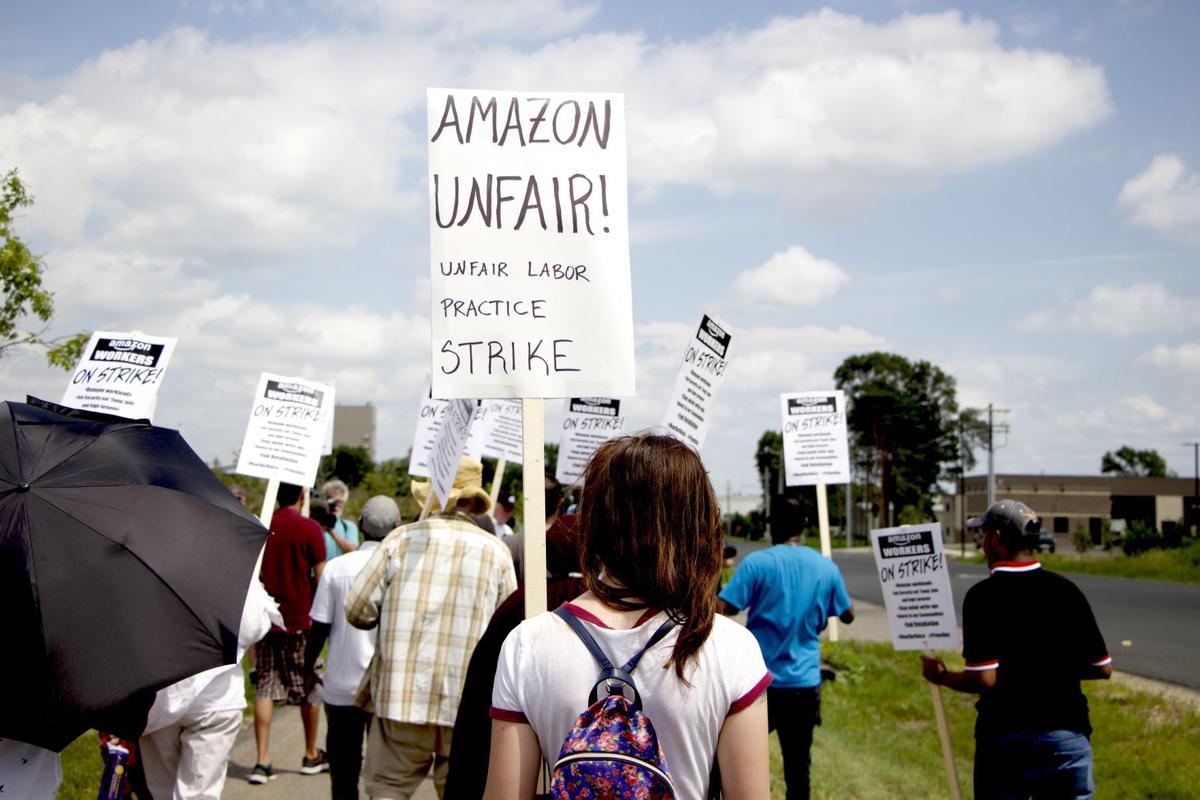 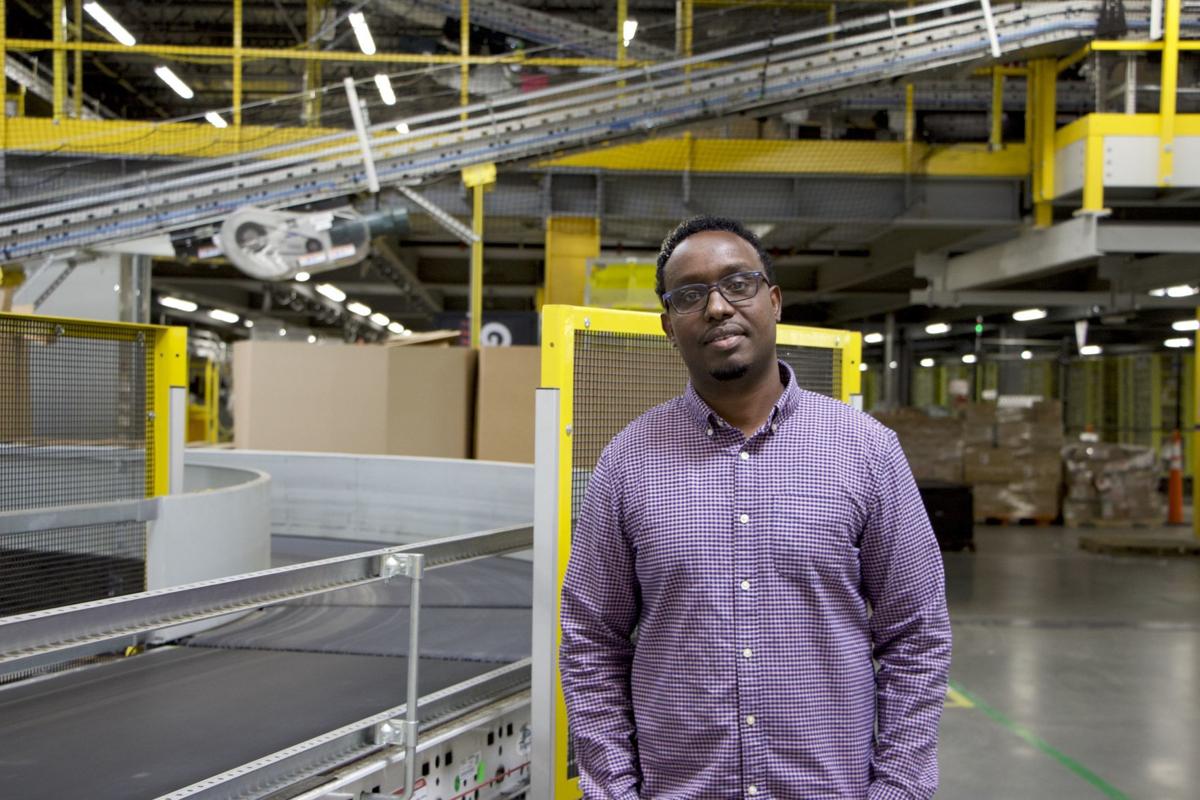 Khasin Abdi, an Amazon floor manager, said he’s never had an issue with the facility.

Safiyo Mohamud, worked at Amazon for two and a half years before she quit a few months ago. She was carrying items from a conveyor belt when she rolled her ankle, she said. The facility's health clinic gave her ice and she went back to work.

Mohamud said she later slipped a disc in her back while carrying totes and was given the same treatment just before she left the company.

“Injuries happen every single day, and they are not handling things in a good way,” Mohamud said.

According to Reveal News’ investigation of Amazon injury reports across the United States, in 2018 the Shakopee Fulfillment Center tallied 270 injury reports, with a 12.81% serious injury rate per year — 3.2 times higher than the warehousing industry average. Reveal defined serious injuries as those requiring job restrictions or days off work.

Reveal acquired the injury reports through Amazon employees at various locations across the country. Employees working at Amazon were encouraged by Reveal to ask human resource departments for an injury report from their respective Amazon location. "By law," Reveal News wrote to Amazon employees, "Amazon is supposed to give them to you by the end of the next business day." 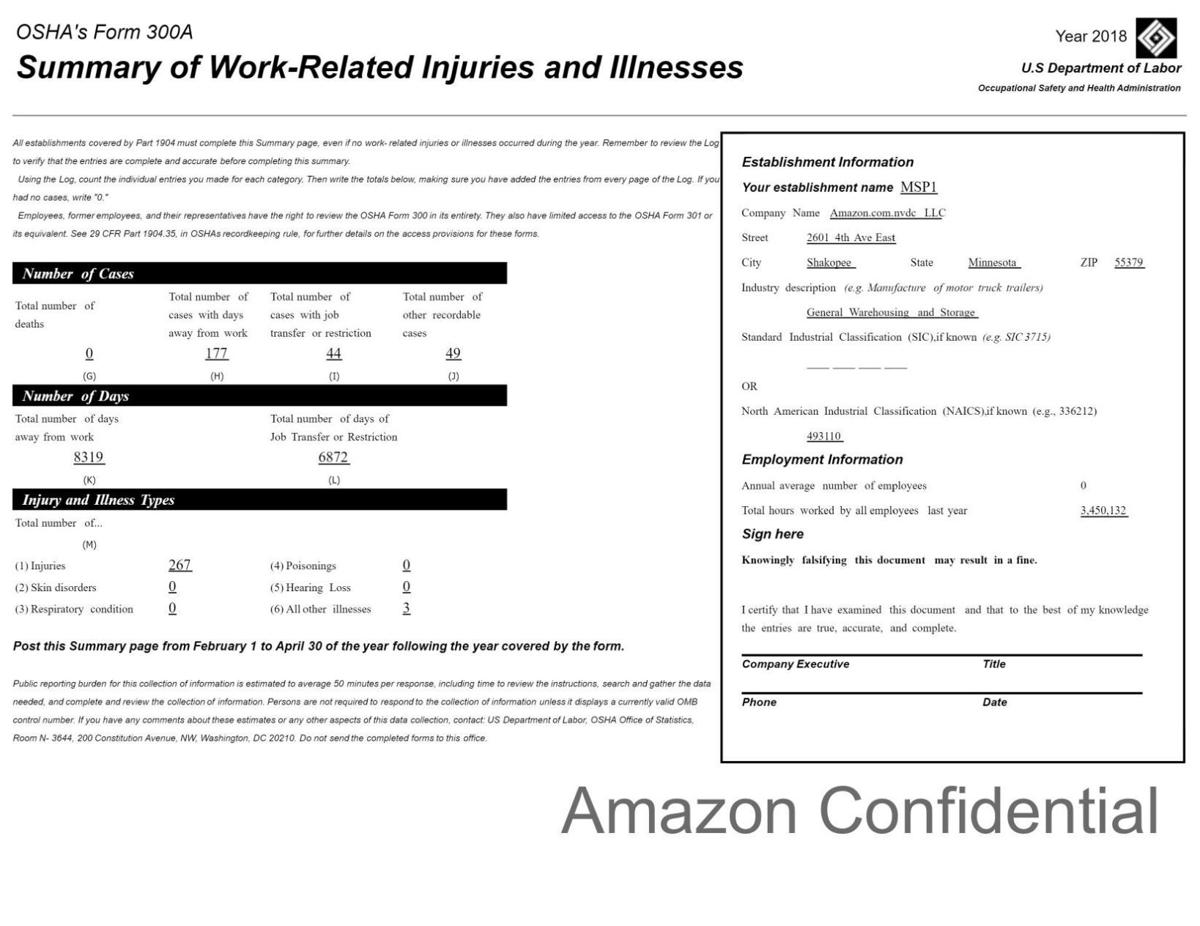 Amazon in a statement said many companies under-report incidents to keep their rates low.

"Amazon does the opposite — we take an aggressive stance on recording injuries no matter how big or small,” the company said, adding the facility offers public tours so anyone can examine the safety culture for themselves.

William Stolz, a 25-year-old Minneapolis man who started more than two years ago to pay off his tuition, said he hadn't been injured during his 10-hour shifts, but he knows several coworkers who have.

“I think it’s sad that their impulse is to make excuses,” Stolz said of the company.

This particular Amazon center has attracted national attention in recent months, partly due to workers’ involvement with the Awood Center, a nonprofit that helps “build East African worker power” in the Twin Cities.

The Awood Center has recently joined a newly-formed national group called Athena that's pushing to reform many of Amazon’s policies. The group was officially created on Nov. 24, according to its Facebook page.

Repetitive motion and a fast pace

Stolz said the injuries he’s witnessed have to do with both the quick pace expected of employees and their repetitive movements. Pickers have wrist and shoulder issues, he said. Those who have to lift totes or boxes likely have back issues.

“The speed incentivizes us to cut corners,” Stolz said. “Doing the same task ten hours a day over a week, a month, a year … you could be the safest person in the world and eventually get hurt. The strain will catch up to you.”

Stolz said he used to work at an industrial bakery in Wisconsin where employees were constantly lifting heavy objects, sending cinnamon rolls down assembly lines and moving around. And it was hot, Stolz said, with all the ovens in the warehouse.

“But there was a lot more rotation,” Stolz said. “We weren’t constantly under the gun. There were still strains and injuries, but it was after someone had been with the company after 20 years.”

At Amazon, Stolz said, many of his coworkers were like him: young and trying to pay for college.

“They’ll take their injuries with them to their next job, and many of them will have to deal with it for the rest of their lives.”

Stolz said before and during each shift, Amazon encourages employees to perform stretches to avoid these pains.

Jen Crowcroft, a spokesperson for Amazon, said Amazon considers the health and safety of its employees its top priority. She said in 2018 Amazon invested more than $55 million in capital investments specific to safety improvements.

"We expect our leadership to continually improve the safety results of their operations by reducing physical risk through the design of processes, equipment and work areas, applying high standards of safety performance each day, improving capabilities through training and coaching using rigorous management reporting systems to track and audit their progress," Crowcroft said.

On July 15, dozens of protesters marched outside the Amazon facility chanting, sweating and collectively chugging hundreds of plastic water bottles to combat the 90-degree heat.

For the second time in seven months, workers at the massive Shakopee fulfillment center walked off the job — this time on Prime Day, a two-day event in which customers flock to the retail giant for savings. The protest drew national attention from dozens of news outlets.

Wired, a technology magazine based in San Francisco, recently published an extensive feature on the East African immigrants in Minnesota who are fighting for worker’s rights in Shakopee.

Stolz was at both protests, the first of which was in December 2018.

“Amazon has enough resources to figure out how to make enough money and also protect its workers,” Stolz said.

Stolz, though not East African, has used the Awood Center as a resource to advocate for better workplace safety.

“There’s no respect,” Mohamed Hassan, the leader of the July protest, said at the time. “Whether you’re working 10 years or a temporary, it’s the same.”

Stolz said he used to be part of Amazon’s safety committee of employees and managers, but he said he left because the group focused on what he called “tiny changes.”

“We need something where workers can get involved.”

Crowcroft said Amazon has recently launched a Safety Leadership Index across the country where every associate is surveyed to measure the perception of safety in their facility.

Others happy with jobs

Stolz, the Awood Center, Athena and many Shakopee associates are calling for a safety committee made of members elected by fellow coworkers who experience the repetitive motions firsthand and can be trusted to advocate for the rest of the associates.

Stolz said workers should also have a say when the company issues sweeping policy changes.

Last year, for example, Amazon changed the way compensation worked. Instead of offering bonuses and stock grants based on productivity and the amount of time workers have been with the company, Amazon scratched the stocks and switched to a higher base pay.

“It was never clear if we were making more or less than before,” Stolz said.

Asli Mohamed, a full-time Amazon employee who stores and stocks product, did not participate in the strike in July. She said she has no problem with Amazon’s expectations on the job, adding that she’s Muslim and allowed to pray and go to the bathroom whenever she needs.

Khasin Abdi, an Amazon floor manager, said he’s never had an issue with the facility, either.

“The majority of people I manage have no problem here,” Abdi said. “We have long hours, but it’s fun.”

Mohamed has been at Amazon for three years, and Abdi has worked there for two and a half.

Facility tours are available Monday through Friday from 10:30 a.m. to 2:30 p.m. Tours can be scheduled at amazon.com/fctours.