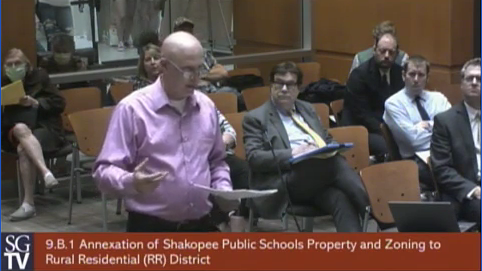 Jackson Township Supervisor Tom Gillham said at a June 2 Shakopee City Council meeting the orderly annexation agreement gave Shakopee the right to annex 90% of Jackson Township’s land by the end of 2017. “The other 10% I looked at as, you don’t touch it,” he said. “It’s forbidden fruit.” 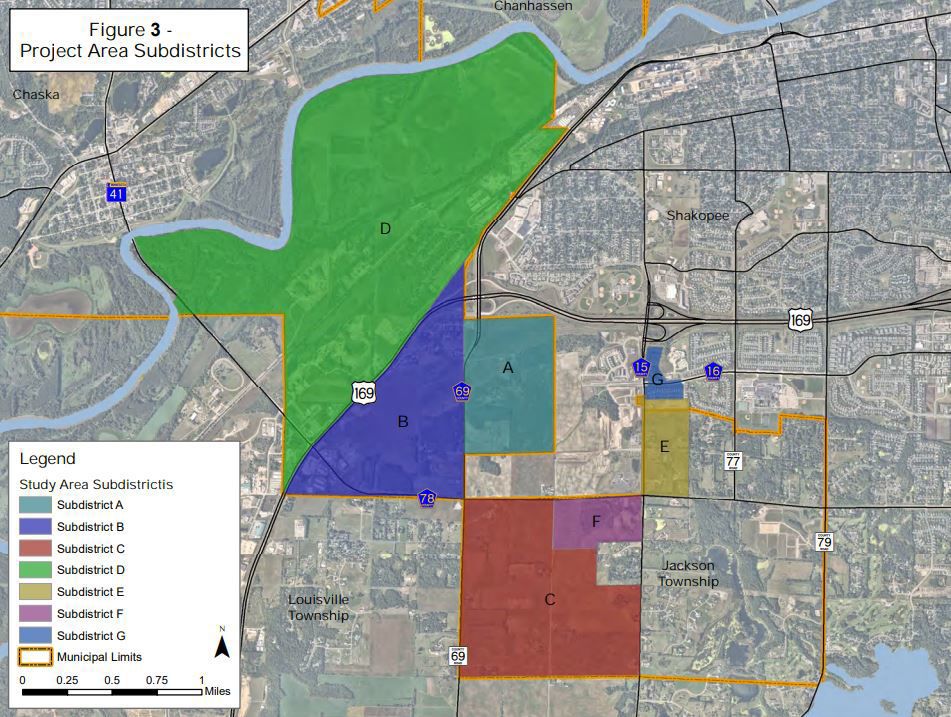 Jackson Township Supervisor Tom Gillham said at a June 2 Shakopee City Council meeting the orderly annexation agreement gave Shakopee the right to annex 90% of Jackson Township’s land by the end of 2017. “The other 10% I looked at as, you don’t touch it,” he said. “It’s forbidden fruit.”

Tensions ran high at the Shakopee City Council meeting June 2 when Jackson Township residents and officials filed into council chambers to express their objections to the Shakopee Public Schools request to annex 88 acres of township land. The land, currently owned by the school district would be annexed into the city of Shakopee under the request.

The city council tabled the request because it didn’t have a clear enough reason from the school district as to why it wanted the land annexed.

Jackson Township officials say the annexation does not fall under the scope of the original agreement that was discussed between the city and township.

The district did not have a presenter at the meeting to answer questions, but Shakopee Superintendent Mike Redmond said the request is a formality in case the school district ever needs to construct an additional school building on that site, which would require municipal sewer and water.

The orderly annexation agreement between the city and township is split into seven subdistricts. The township subdistricts farthest west of Shakopee will be phased last and are restricted from city-initiated annexation until 2050.

But, according to the contract, property owners can apply for annexation on their own regardless of their subdivision, so long as a piece of their property borders the city.

The stipulation, Jackson Township Supervisor Tom Gillham claimed, is a loophole that contradicts the city and township’s agreement to annex the land like dominoes, from east to west.

Gillham said his concern is that if the school district applies for annexation and the land becomes part of the city, the land owners next to that parcel will apply for annexation, and so on, which would look more like a Jenga tower collapsing than dominoes falling from east to west.

He said the orderly annexation agreement gave Shakopee the right to annex 90% of Jackson Township’s land by the end of 2017.

The city of Shakopee has yet to initiate the annexation of any parcel of Jackson Township land.

Shakopee Mayor Bill Mars said almost every annexation agreement allows landowners the right to request annexation into the city, and that this stipulation in the contract should not come as a surprise to Jackson Township.

“I was pretty taken back the other night as well, because we have an agreement, and now they’re saying, ‘that’s not what we agreed to,’” Mars said.

Gillham said the township wants to make an amendment to the agreement prohibiting land owners from requesting annexation unless it’s their turn to be phased into the city.

“And I think the city will agree to that,” he said. “They know what we had discussed, and I think we’ll be able to get that figured out.”

Generally, in order to be profitable and operate within capacity, developers need municipal utilities. So when Jackson Township land is annexed by Shakopee, it is able to connect to Metropolitan Council sewer and Shakopee Public Utilities water and immediately increases in value. That incentivizes many property owners to request annexation.