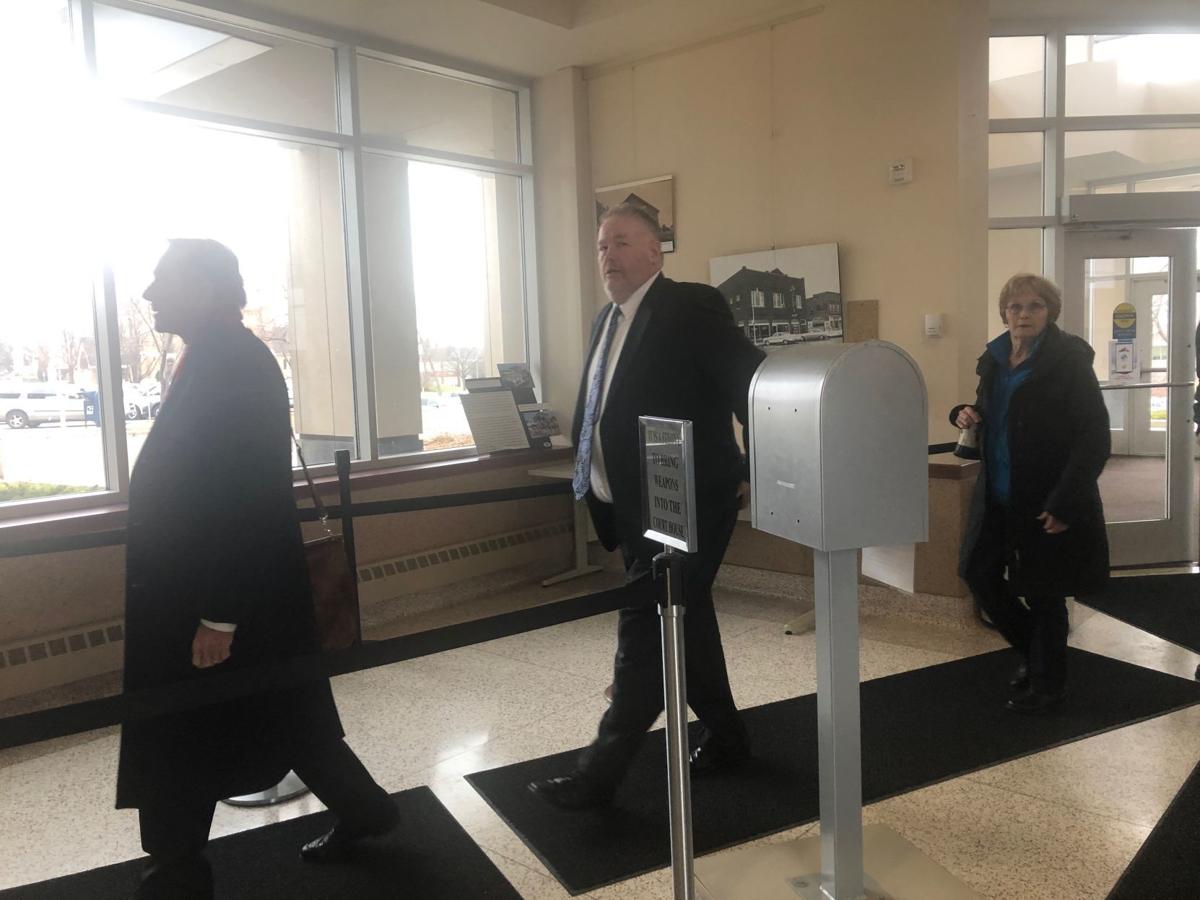 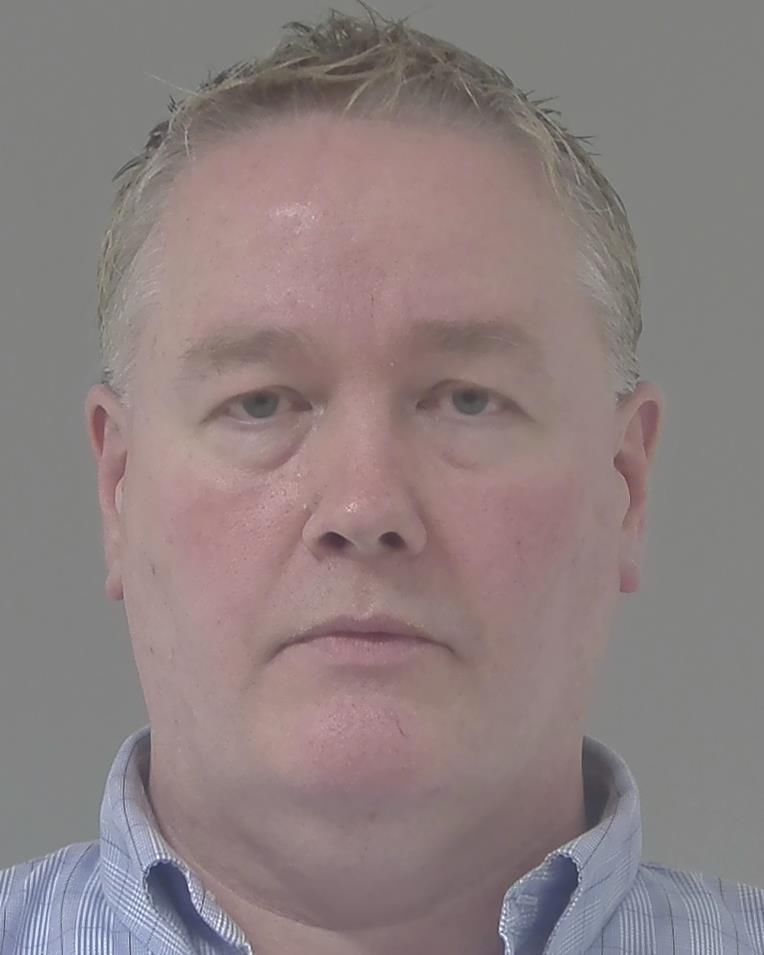 Thompson is scheduled to be sentenced May 3 in Scott County District Court.

Per a plea agreement, the Scott County Attorney's Office recommended Thompson be sentenced to 24 months in prison, to run concurrently with his federal sentence for corruptly soliciting bribes, which he pleaded guilty to on Thursday.

In federal court Thursday, the U.S. Attorney’s Office also recommended that Thompson serve 24 months in prison and pay $74,673 in restitution. The restitution would be for both the federal and state cases.

"Obviously we would have liked to see more (than 24 months)," Scott County Attorney Ron Hocevar said in an interview after the hearing, adding that most white-collar criminals don't have much prior criminal history, and more of a criminal history would increase the length of the sentence.

Hocevar said Thompson will serve his sentence in a federal prison, most likely the Duluth Federal Prison Camp, a minimum security prison in Duluth, Minn.

One state charge of theft by swindle, accusing Thompson of committing fraud with his contractual adoption benefit, was dropped. The state also dismissed one count of receiving stolen property, and one gross misdemeanor and three misdemeanors alleging Thompson accessed the school district's Google Drive files as recently as this spring.

Hocevar said the adoption-related charge was dropped because the phrasing of Thompson's adoption benefit contractually entitled him to the money.

"The way he went about it was completely inappropriate," Hocevar said, but the money was Thompson's under the provisions of the contract.

Hocevar said he hopes this brings closure to the Shakopee community.

"I hope it does, and I think it should," Hocevar said.

In court, Thompson was joined by his parents and lawyer Peter Wold. Thompson stood at the podium in the center of the courtroom and was asked by Scott County District Judge Christian Wilton to explain why he's guilty of each of the 19 counts.

"I made a personal purchase on the district's purchasing card," Thompson said in response to Wilton's questioning.

Before accepting Thompson's guilty pleas, Wilton confirmed Thompson was aware of the consequences of his pleas.

"Essentially you're going to sign up to go to prison for 24 months," Wilton said.

According to the charging documents filed last year in Scott County District Court, Thompson made 305 personal purchases totaling over $30,000 with his district credit card between November 2014 and May 2017. Among the purchases were sports memorabilia, personal memberships, an XBox, motorcycle jewelry, clothing, alcohol flasks and travel expenses.

Thompson was also charged with swindling the school district by attending the Urban Superintendents Academy. Thompson told the Shakopee School Board there would be no expense to the district for his trips to Washington, D.C., for the academy, but police found he spent $13,448 on 10 trips between 2015 and 2017.

In court Friday Thompson admitted to each of those purchases individually.

One count of possession of stolen property is for $1,136 worth of items found in Thompson’s office during a police search last June. Court documents say Thompson’s assistant told police none of the items had been in his office before the investigation began and randomly appeared in a closet basket the day of the search.

The sole misdemeanor charge for possession of stolen property was for 57,660 Sky Miles Thompson accrued as a result of school district travel. That charge was dismissed.

On Thursday, Thompson pleaded guilty in federal court to one felony count of corruptly soliciting bribes.

Thompson admitted he used his position as superintendent from 2011 to June 2017 to obtain personal benefits from ICS Consulting, the company that managed the $102 million Shakopee High School expansion project.

He solicited $44,000 in home improvement projects, including a full basement remodel, and more than $5,000 in personal travel and tickets to sporting events in exchange for contracts with the school district.

Arif Quraishi, president of Building Systems Holding Inc., which acquired ICS in 2017, issued a statement Friday about the company's involvement in the case.

“For over a year ICS has fully cooperated as witnesses with both federal and state authorities as they have investigated Thompson’s behavior. No ICS Consulting employees have been charged with wrongdoing — we were a victim of Thompson’s behavior," Quraishi said. "Although no employees of ICS Consulting have been accused of any crime, we have conducted our own internal investigation and reviewed our internal procedures so all employees can be prepared on how to handle a situation where a customer pressures us for personal benefits. The project lead for the Shakopee Public Schools project at the time this occurred is no longer with ICS Consulting.”

Thompson said in federal court Thursday he was “very clear” that what he was doing was wrong.

After Thompson pleaded guilty in federal court, his lawyer Peter Wold said in an interview, “Rod’s role as an educator was to teach responsibility to kids and he didn’t live that at the time and he wants to take responsibility now, at least, and set that example for them. There’s been enough turmoil in the Shakopee School District over this case and the like out there. Rod doesn’t think they deserve what they’ve gone through and a lot of it, really, is because of his actions.”

The police investigation into Thompson was sparked by a Shakopee Valley News series of stories examining Thompson's spending in 2017. See our special investigations page on this case here.

On the road again: A look at Shakopee school leaders' travel