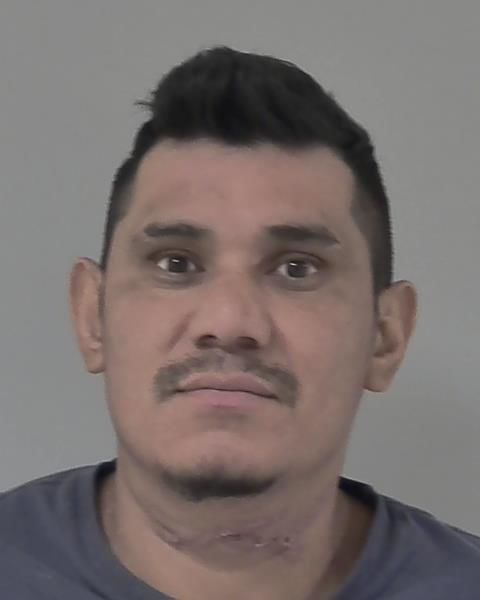 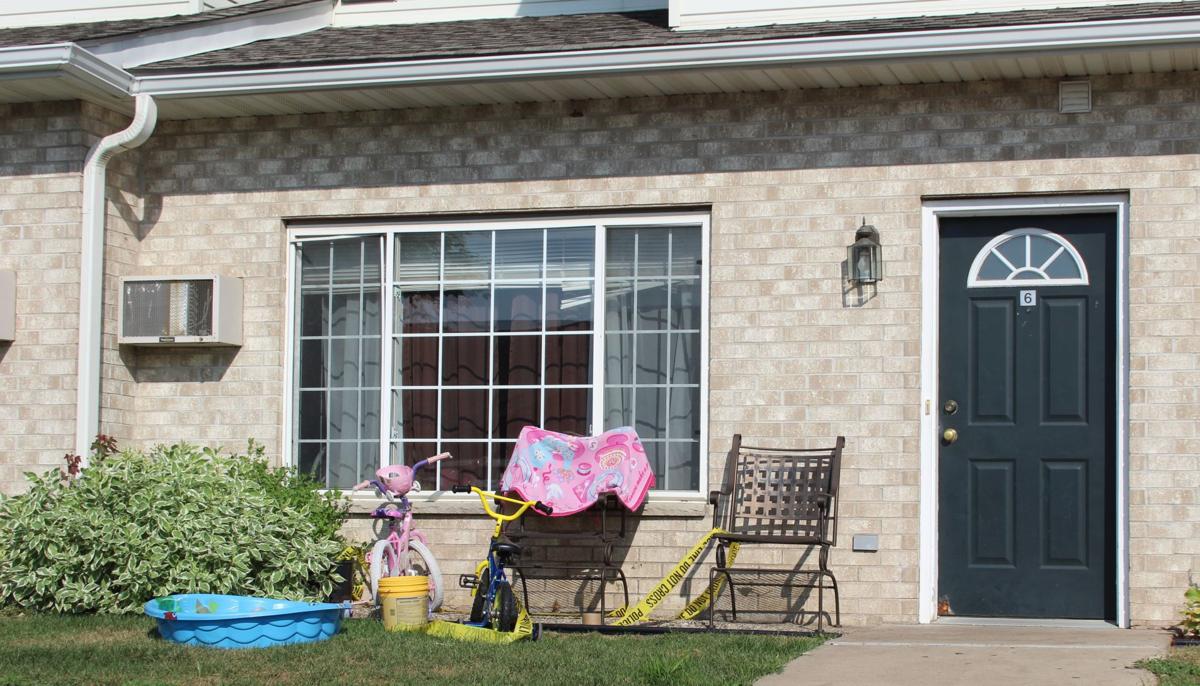 Leftover police tape covered children’s bicycles outside a townhome where police say a woman was stabbed to death in August. 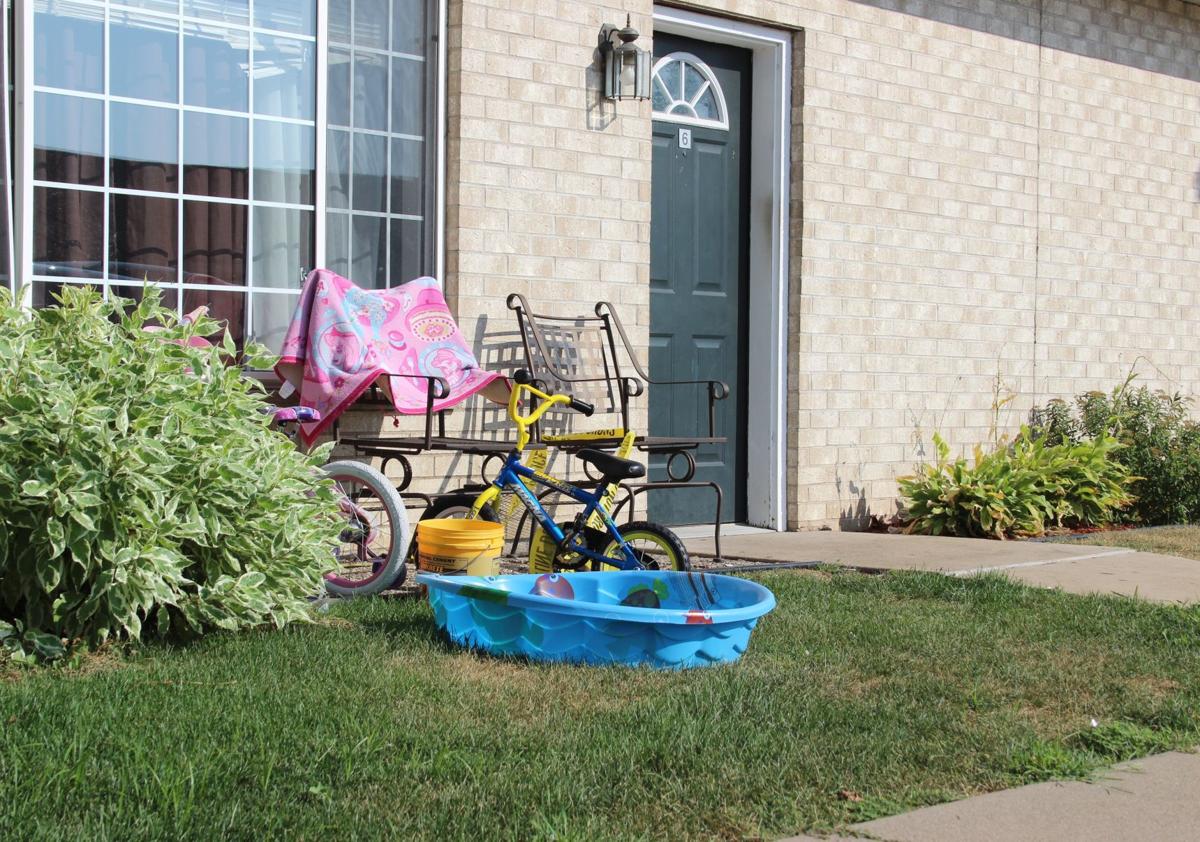 Police tape outside the townhome where a 27-year-old woman was killed in what investigators believe was a domestic assault with a knife on Sunday. The murder occurred in the 1200 block of Taylor Street in Shakopee’s Taylor Ridge Townhomes. 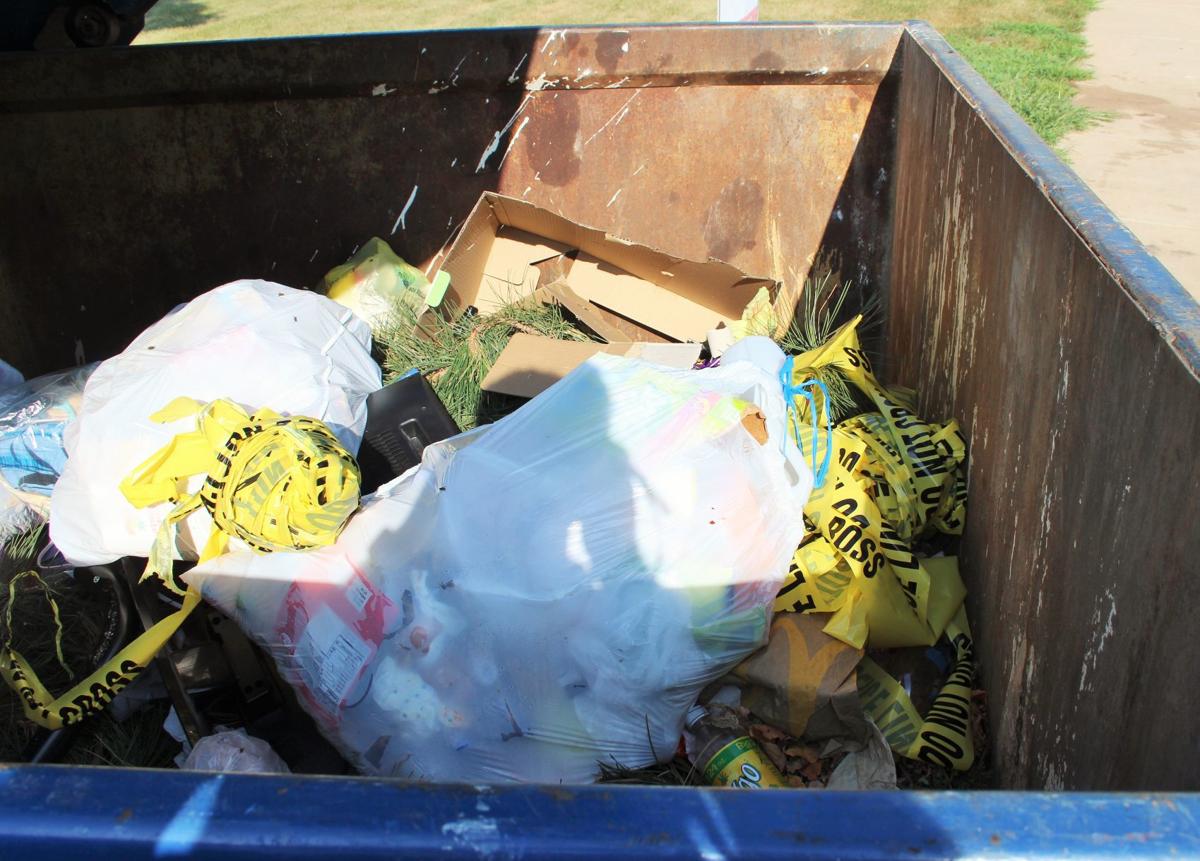 Police tape was discarded in a dumpster at Taylor Ridge Townhomes in West Shakopee Monday morning after a woman was murdered in what Shakopee Police say was a domestic assault on Sunday.

Leftover police tape covered children’s bicycles outside a townhome where police say a woman was stabbed to death in August.

Police tape outside the townhome where a 27-year-old woman was killed in what investigators believe was a domestic assault with a knife on Sunday. The murder occurred in the 1200 block of Taylor Street in Shakopee’s Taylor Ridge Townhomes.

Police tape was discarded in a dumpster at Taylor Ridge Townhomes in West Shakopee Monday morning after a woman was murdered in what Shakopee Police say was a domestic assault on Sunday.

A 27-year-old woman who was killed in Shakopee on Aug. 12 has been identified as Enedelia Perez Garcia, 27, and on Tuesday prosecutors charged an illegal immigrant, Fraider Diaz-Carbajal, 35, with second-degree murder (not premeditated) in her death.

After Diaz-Carbajal was arrested, deportation officers with U.S. Immigration and Customs Enforcement placed an immigration detainer with the Scott County Jail on Carbajal for suspected immigration violations, according to ICE spokesman Shawn Neudauer.

Diaz-Carbajal’s criminal history includes numerous misdemeanor convictions, including three DUIs and one felony domestic assault conviction. On Dec. 17, 2012, a federal immigration judge ordered Diaz-Carbajal deported to Mexico, and ICE officers removed him two days later, according to Neudauer. Since then he illegally re-entered the United States, which is a felony punishable by up to 20 years in federal prison.

At about 4:02 p.m. on Aug. 12, Shakopee police were dispatched to a fight call involving a knife at Diaz-Carbajal’s townhome, 1279 Taylor St., No. 6., and while on the way to the Taylor Ridge Towhomes, they were told a male had a knife and a female was possibly dead.

According to the charging documents, officers found a bloody scene in the upstairs bedroom: Diaz-Carbajal was lying with his head resting on the stomach and chest of Garcia, who was sitting on the floor with her back against the wall and did not appear to be breathing. Diaz-Carbajal’s throat was cut with a 6 to 8-inch-long laceration and there were several stab wounds in his abdomen. He was “taking occasional breaths and moving” and a large, bloody knife was at his left side.

Garcia had a large amount of blood around her neck and head area, “multiple stab wounds all over her body,” had no pulse and was not breathing.

Officers performed first aid on both of them, but when Allina paramedics arrived, they pronounced Garcia dead. Diaz-Carbajal was transported to the Hennepin County Medical Center.

Diaz-Carbajal’s roommate saw the assault and told police — with the assistance of a neighbor, because she doesn’t speak English — Diaz-Carbajal stabbed Garcia in the “whole body” and then cut his own throat. The witness then grabbed her baby and ran to a neighbor’s apartment. Later, at the police station, the roommate said Diaz-Carbajal and Garcia had been dating for three years but broke up about a month ago.

She told police at about 3:30 p.m., she took her 7-month-old and 2-year old upstairs to the bathroom to give them a bath and about 15 minutes later, she heard the two arguing, heard Perez Garcia screaming and yelling “drop the knife” so she left her children in the bathroom and went into Diaz-Carbajal’s room and saw that he had Garcia pinned up next to the bed and was stabbing her, and then she saw him stab himself, so she grabbed her kids and ran to a neighbor’s.

Shakopee Police Sgt. John Buetow said Diaz-Carbajal and Garcia had previously lived in the townhome, but “They were going through a breakup,” he said. “They hadn’t been together for a month.” He said Diaz-Carbajal wasn’t handling the breakup well.

He said the couple had no children together, but Perez Garcia did have a 7-year-old daughter. Her address was 4640 Bulrush Blvd., Shakopee, according to the Hennepin County Medical Examiner’s report.

A gofundme.com account has been set up to help defray the cost of burying Garcia in Mexico.

“Her family is in desperate need so please help us support her mother and (her daughter) by keeping them on our prayers and if possible, financially with any amount,” the page says. “Enedeliz was a ball of laugh who cheered up everyone around her. She was very vibrant part of her circle and the community. She will be deeply missed!”

Shakopee Police Capt. Craig Robson said police were dispatched once to the Taylor Street townhome in early 2018 for a noise complaint, but said that incident was not a domestic abuse situation.

Diaz-Carbajal was released from the hospital Tuesday and transported to the Scott County Jail. He had his bond hearing Tuesday morning, where two deputies rolled him into the hearing room in a wheelchair. Through a translator, he was read his rights and asked if he understood the charges against him, to which he replied, “No.” He told Scott County District Judge Christian Wilton he had not been working and has lived in Shakopee for 18 years.

His bond was set at $1.5 million cash bail or bond with conditions, or an unconditional $5 million bail. Wilton noted he has a lengthy criminal record. State records show he was convicted of DUI in Sibley County in 2004 and Scott County in 2008.

He faces a maximum penalty of up to 40 years in prison on the murder charge. If convicted, he would serve his time and then be subject to deportation.

The immigration detainer allows ICE to take custody of illegal immigrants if they’re released from local custody for any reason (such as posting bond).

This is a developing story. Check back for updates.