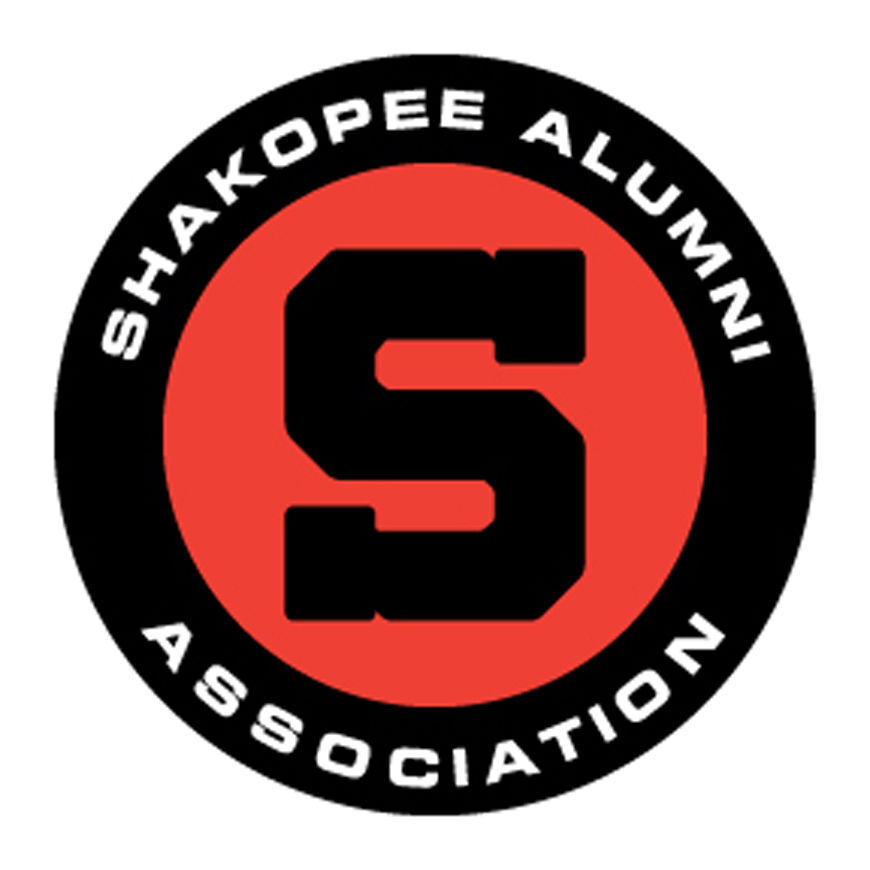 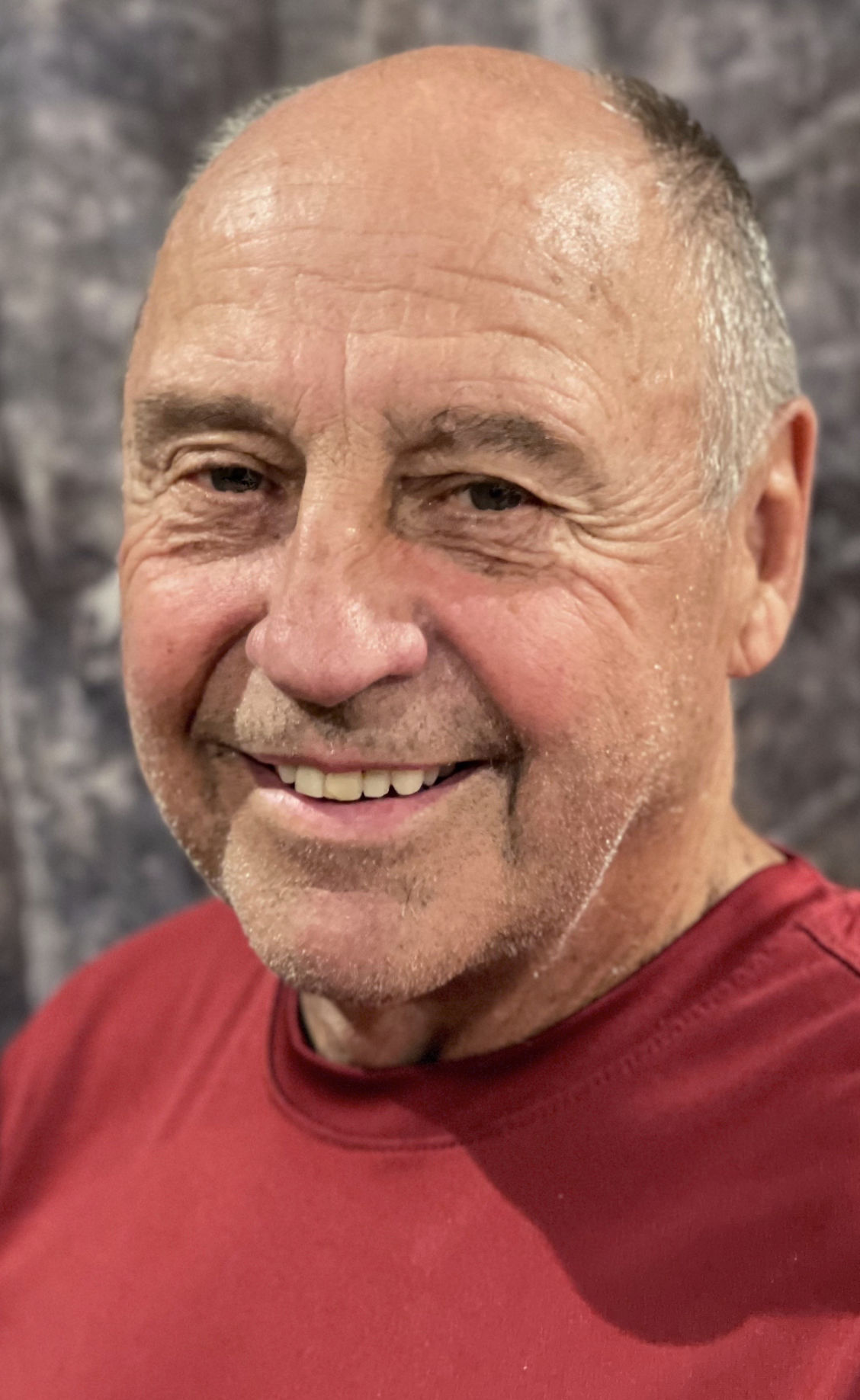 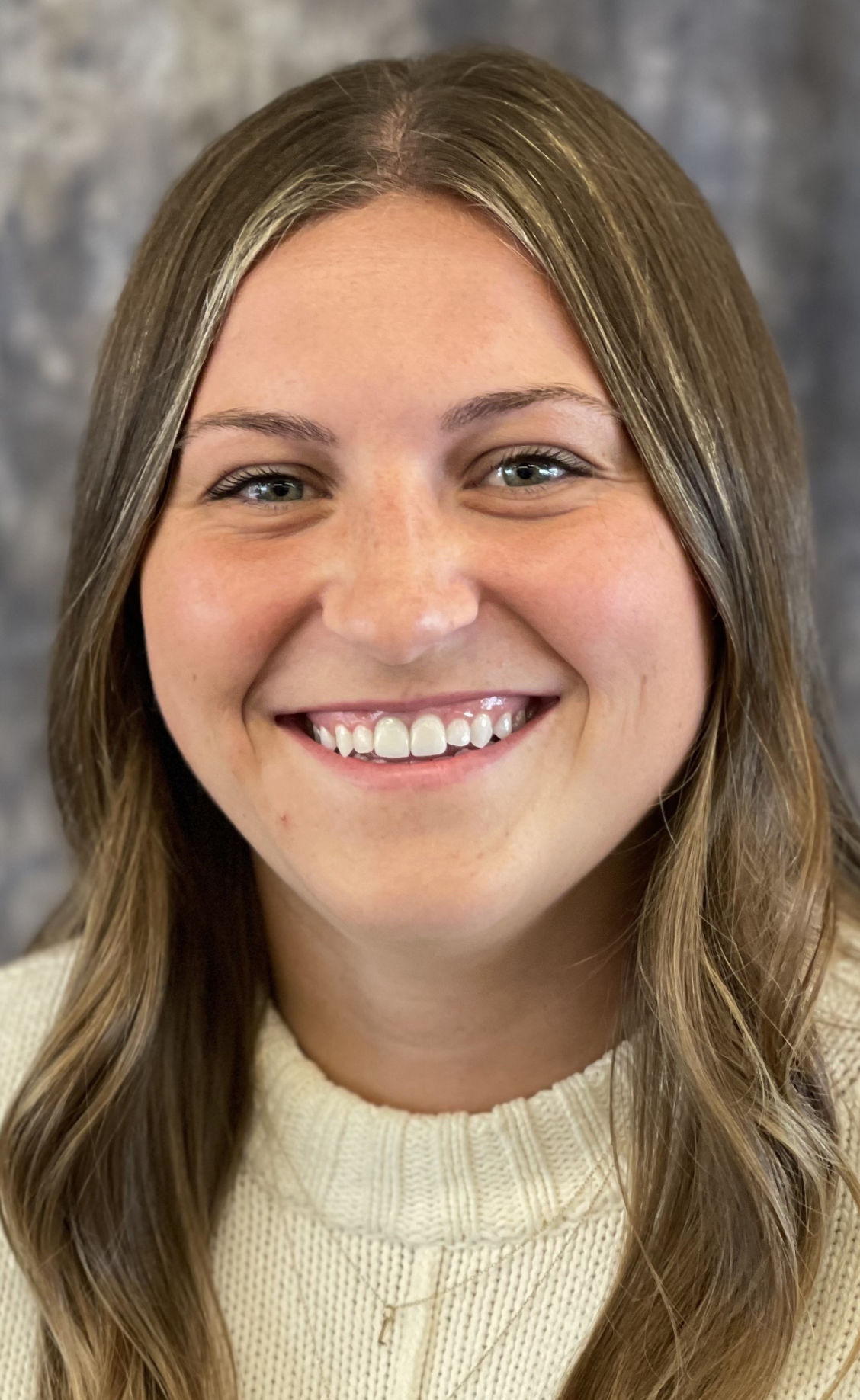 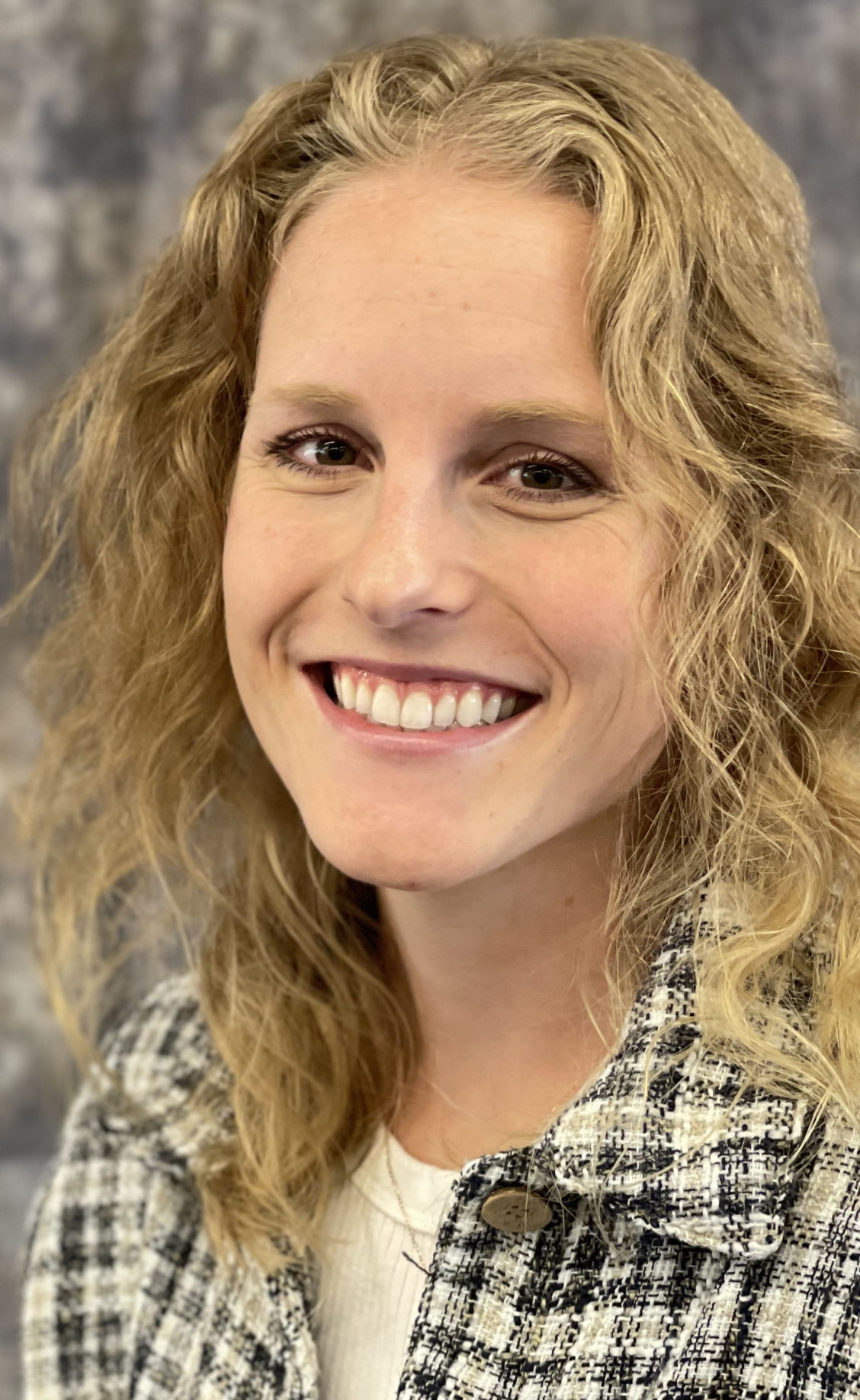 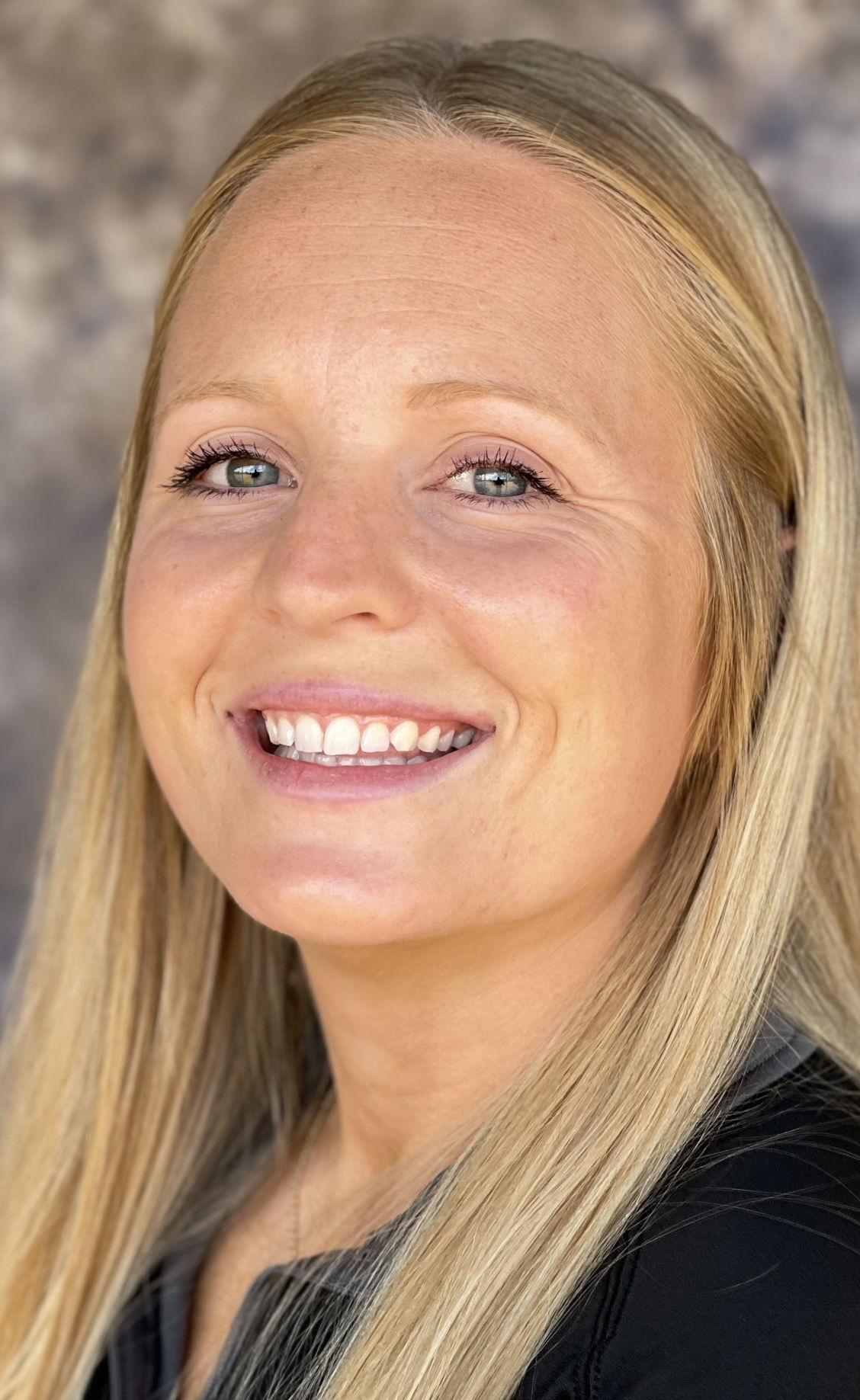 Each year, the Shakopee Alumni Association asks the community to submit nominations of alumni and “friends of Shakopee Schools” to be considered for induction into the Halls of Fame.

For the Distinguished Hall of Fame, the SAA seeks individuals who have demonstrated excellence in personal achievements and their careers, combined with significant or sustained contributions to their community.

The inductees into the Athletic Hall of Fame represent individuals who, not only in high school, but also beyond, have demonstrated achievement as a player, coach or volunteer in their community.

The SAA celebrates our inductees for the Athletic and Distinguished Alumni Hall of Fame during Homecoming week. Like many organizations, the COVID-19 pandemic caused the organization to make the difficult decision to postpone the induction ceremony of the 2020 inductees.

“The SAA felt as if we could not adequately celebrate and honor the inductees, with the limiting factors that the pandemic response created, particularly since we partner with the school district to connect the Hall of Fame events to Homecoming events,” said Chairperson Steph Bode.

Additionally, the organization paused new nominations for the 2021 year, in order to give the previously selected 2020 class their due celebration.

At this time, the SAA is pleased to present the 2020-21 Hall of Fame Class. The inductees will be honored at a luncheon and induction ceremony, after which they will be introduced to the high school student body at the Homecoming pepfest. Finally, they will be presented to the public during halftime of the Sabers’ Homecoming football game vs. Lakeville North, which will take place at 7 p.m. Friday, Oct. 1 this year.

This year the Hall of Fame class will be represented by one Distinguished and three Athletic inductees. For the first time ever, the Athletic HOF class is composed of all women, each of whom have come back to their hometown of Shakopee to continue their careers as a coach.

Our distinguished inductee also spent his entire career serving the community in his capacity as a dentist. In recognizing these deserving inductees, we not only honor them, but hope the story of their accomplishments will inspire the students of Shakopee to be their best, and reach for their dreams!

Please join us in congratulating the 2020/21 Distinguished and Athletic Hall of Fame inductees:

JAMES PERRYDr. James Perry DDS, class of 1964, was known as an all-around great student at Shakopee High School. He was class president, a National Honor Society member, and he played on the basketball and football teams. Jim represented Shakopee High School at the Model UN in Winnipeg, and was elected “Mayor for a Day’’ by vote of the Shakopee High School student body. As “Mayor,” Jim delivered a speech to the school assembly laying out suggestions for civic improvement.

Post-high school, Jim earned his undergraduate degree and went on to study at the University of Minnesota School of Dentistry, where he graduated with honors. He was awarded an internship at the VA Hospital in San Francisco before returning to his hometown to establish his private practice. Jim served the Shakopee community for 43 years.

A lifelong learner, Jim continued to achieve many new certifications in his field over the course of his practice, he was named to the list of Top Twin Cities Dentists, as selected by his peers, from 2005-2015. He volunteered as staff dentist for the elderly residents of Friendship Manor, and was instrumental in starting the Dental Clinic for the Mdewakanton Sioux Community.

A dedicated philanthropist, Jim is a long-time supporter of Shakopee Dollars for Scholars, among other charitable causes. He is a deacon at the First Presbyterian Church in Shakopee.

Jim’s word of wisdom for all: “Smile.”

LAUREN HESPENHEIDELauren Hespenheide, class of 2013, had an impressive career playing hockey for the Shakopee High School girls hockey team, a team she now helps lead as an assistant coach. She lettered in the sport for five years, and was selected as team captain. Of her many accomplishments, Lauren was named All-Conference five times, in addition to earning All-State honors and being selected as team MVP. The coaches awarded her both the Rasmussen and Ms. Hustle awards.

Lauren’s hockey career extended outside of Shakopee; she was a part of Team USA Hockey Development Camps in 2010, 2011 and 2012.

She returned to Shakopee, and her contribution to the legacy of Shakopee hockey continues. Lauren has a passion for the game, and has been a huge resource for girls looking to play hockey at the collegiate level. She is a beloved mentor and coach who has earned the trust of other coaches and the players; she is known for her empathy, kindness and approachability.

AMY MENKEAmy Menke, class of 2013, was a standout hockey player for Shakopee High School. She lettered in hockey for five years and was a team captain. Amy’s other achievements include being named All-Metro, All-State and five-time All-Conference player. She was team MVP three times. Amy was one of the top 10 Ms. Hockey Minnesota nominees her senior year.

Outside of Shakopee hockey, Amy attended the National Development Camp for Team USA Hockey for three years and represented Team USA in the U18 World Championships in 2013, where she won a silver medal with the team.

Amy went on to play Division I hockey for the University of North Dakota. While at UND, Amy earned team captain and MVP. She was a three-time WCHA scholar athlete, and All-WCHA 2nd team selection.

Drafted to play in the National Women’s Hockey League, Amy played for several professional hockey teams. For two seasons she played for her home state Minnesota Whitecaps. The Whitecaps won the 2019 Isobel Cup, the championship trophy for the NWHL.

In 2019/2020, Amy played for KRS Vanek Rays out of Shenzhen China, of the Russian Women’s Hockey League; the team won the 2020 championship in the ZhHL.

In between professional play, Amy was an assistant coach for the Shakopee Girls Hockey team, and helps to coach the summer development camp for Shakopee Girls hockey.

Upon graduation from Shakopee, Ashley played softball at Winona State University, where her impressive career earned her Academic All-American and Female Athlete of the Year in 2015.

Ashley’s career statistics, both from high school and college are outstanding. She sits in the top-10 in at least 15 statistical categories at Winona State. Ashley was the first Shakopee player in history to be inducted into the Minnesota Fastpitch Coaches’ Association Hall of Fame, an honor she received in 2018.

Ashley returned to Shakopee following college, and is a popular physical education and health teacher at her alma mater — Shakopee High School. Before returning to coach in Shakopee, Ashley was the head coach of the New Prague High School softball team, where she took her team to state. She then returned to coach several seasons as the assistant to Neil Johnson, and now coaches cross country at Shakopee High School.

Continuing her passion for serving, Ashley recently joined and proudly serves in the Minnesota National Guard.

The Shakopee Alumni Association is a registered 501c3 charitable organization.

Beyond the responsibility of administering the Hall of Fame activities, the SAA also has an “Angel Fund,” which is used to support the students in Shakopee by way of grants. The aim of the grants is to enhance the student experience at Shakopee High School.

“We want the fact that a student came up through Shakopee High School to be a source of pride, and for students to feel as if Shakopee gave them a solid launching pad to future successes," said Chairperson Steph Bode.

The Angel Fund has been used to support individual student needs, as small as funding a pair of basketball shoes, to the financial support to attend a once-in-a-lifetime robotics competition. It has also been used for larger group support, such as helping to fund construction class projects. During the pandemic shutdown, the SAA was instrumental in supporting the Saber Nation Station free toiletry distribution, which filled a huge need in the community.

After almost two years of not fundraising, the SAA is hoping to raise more funds by hosting a beer bust to coincide with Homecoming events. The Beer Bust will be hosted by the Shakopee Bowl from 6-8 p.m. Saturday, Oct. 2. The event will be followed by live music at The Bowl. The cover charge is included in the beer bust ticket cost of $25.

Tickets for the event are available from any SAA Board Member, from Lindsey Puffer at Hometown Bank in Shakopee, and also at the door. Follow the Shakopee Alumni Association on Facebook for updated information.