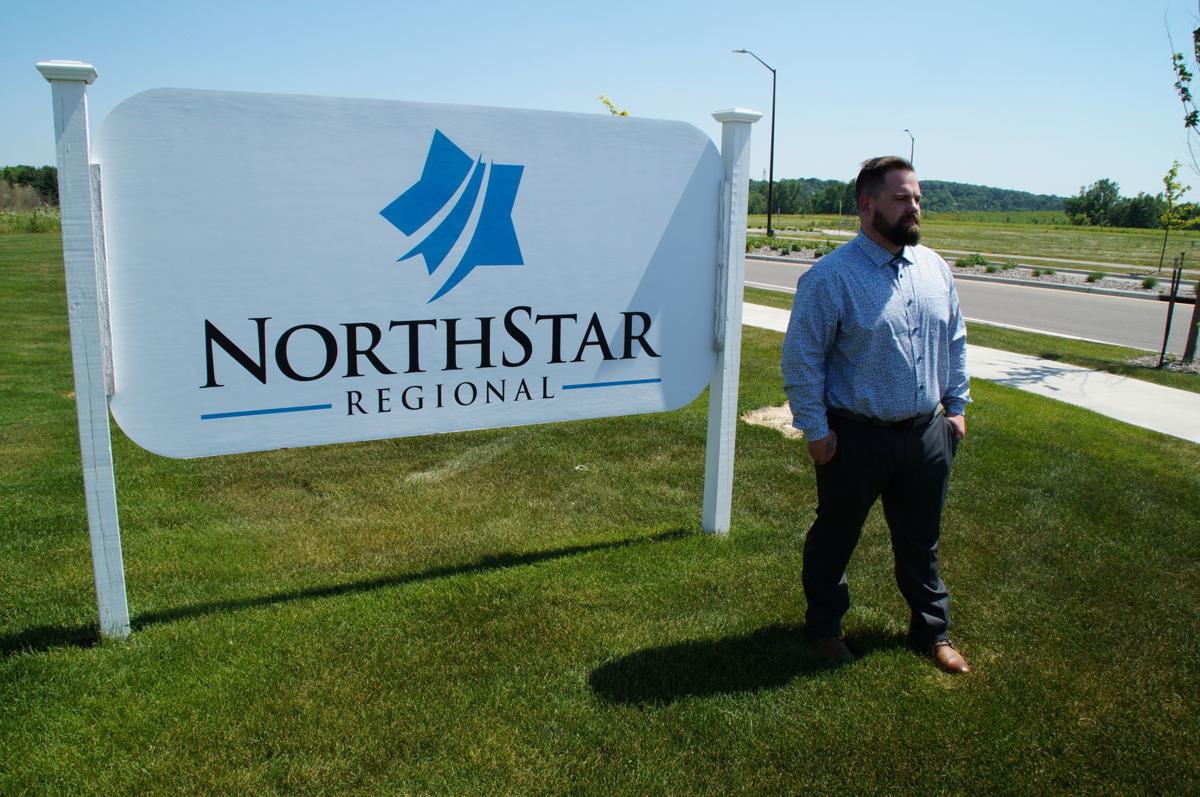 After he was arrested in 2016 in front of his girlfriend, who didn’t know about his meth and heroin addiction, 29-year-old Matt Benz decided that NorthStar Recovery — the 22nd treatment center he ever attended — would be his last. Benz will be sober four years this August. 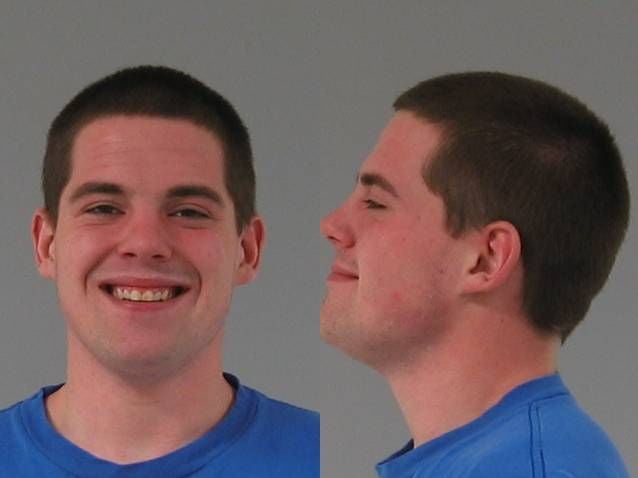 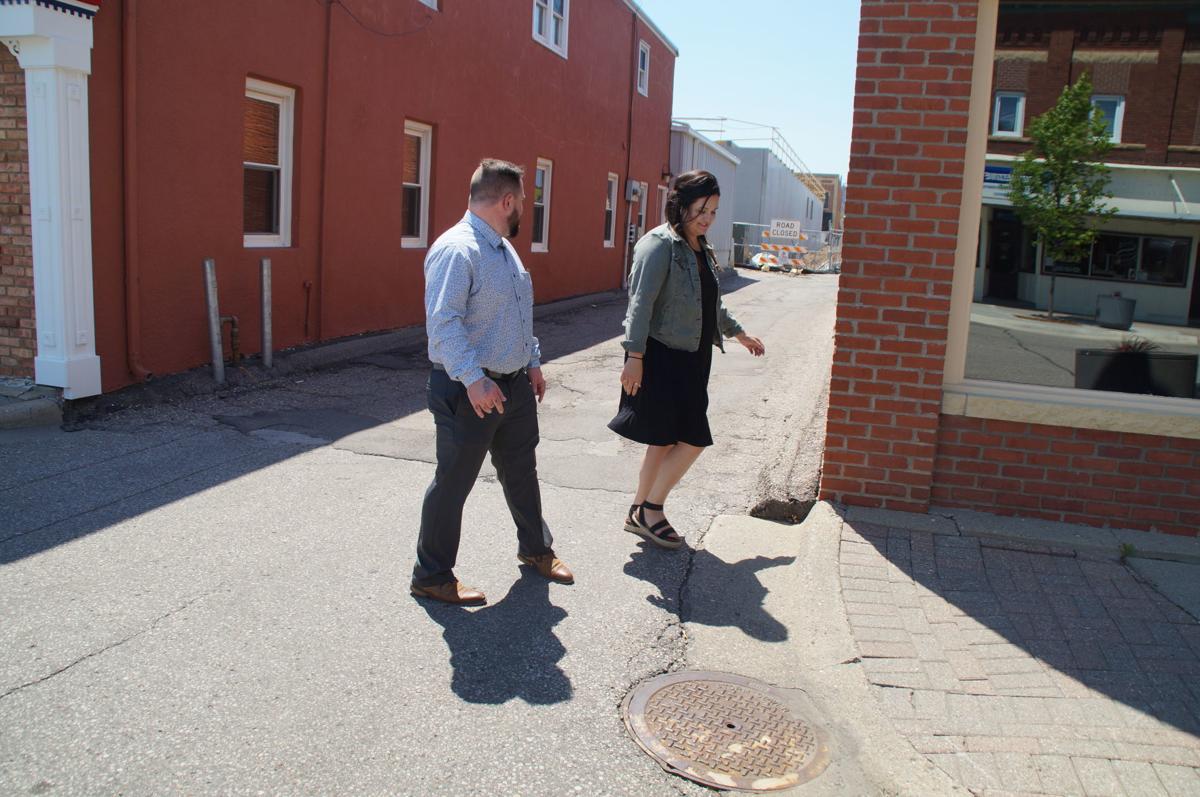 Shakopee couple Matt Benz and Taylor Schmitt, who are getting married in September, lead a remarkably normal life despite the fact that four years ago, Benz was getting through his 21st — and final — relapse.

After he was arrested in 2016 in front of his girlfriend, who didn’t know about his meth and heroin addiction, 29-year-old Matt Benz decided that NorthStar Recovery — the 22nd treatment center he ever attended — would be his last. Benz will be sober four years this August.

Shakopee couple Matt Benz and Taylor Schmitt, who are getting married in September, lead a remarkably normal life despite the fact that four years ago, Benz was getting through his 21st — and final — relapse.

The last time Matt Benz sat on the cold leather seat of a Shakopee cop car, in 2016, he cried for the first time in years. He wasn’t unaccustomed to the feeling of being stuck inside the back of a squad car or having his wrists restrained by metal handcuffs. But this time felt different.

This time, the woman he loved, Taylor Schmitt, was standing on the side of the road in disbelief as the blue and yellow lights reflected from her eyes.

Schmitt had been dating Benz for more than a year and was driving to visit Benz’s parents with him when an officer pulled them over. She had no idea there were empty Ziploc bags used for methamphetamine and a syringe for heroin in the trunk.

“That was the most emotional day of my life,” Schmitt said.

While in relapse, Benz was good at making people believe he was OK, he said. Later, he’d find out he was a chronic relapser: an illness, not a personality trait.

In the back of the squad car on July 2, 2016, Benz decided he wouldn’t let this particular relapse — his 21st — catapult him into another.

“I wasn’t necessarily sad; I was so relieved,” Benz said of the last time he was arrested. “All I wanted was to be clean. But once I start using, I can’t stop myself.”

“I was the spoiled only child,” Benz said. “It’s not like we were wealthy, but we had enough, and anything I wanted was available to me: sports camps, equipment, stuff like that.”

When Benz was in middle school, he sprained his ankle in baseball and was prescribed Vicodin.

“I think I was already an addict, and this kind of activated my addiction,” Benz said about the opioid. He had begun using marijuana and said he was hooked to the feeling of comfort the more powerful painkiller gave him.

In late high school, Benz started using heroin. That led to an out-of-control addiction he couldn’t escape. He dropped sports. He wanted to go to college after he graduated high school for business administration but couldn’t shake his addiction, which would take priority over his dreams.

With the support of his parents, he was in and out of treatment centers from 2009 to 2016. He attended 22 in-patient treatment centers, from Florida to Wisconsin to North Dakota to California.

“Nothing worked,” Benz said. “I always felt like there wasn’t any hope for me. Like, what’s the point?”

In 2012, Benz spent a year at the St. Cloud and Stillwater correctional facilities for taking out a Chase credit card in his father’s name and racking up $31,000 of debt for heroin. He also served time for stealing $5,000 worth of merchandise from Walmart in 2012.

“What a trip,” Benz said of his time in prison. “It’s a giant waste of time, because life outside of prison doesn’t stop. You hear all the stories about the guys in there on their third or fourth prison stint. I didn’t want that for myself.”

Although Benz was in prison for stealing money from his parents, they still visited him regularly and told him they loved him.

“They hated my addiction, but they also knew who I am when I’m sober,” Benz said.

Benz’s mother, Kellie Benz, said she and her husband, Kevin, knew their son had a drug problem when he was in high school, when they found tin foil and baby balloons in his room.

“We confronted him numerous times, and he’d hang out with very bad people,” she said. “And that’s when we thought, oh, my God.”

When Matt Benz was released from prison in 2013, he attended treatment, returned from treatment and relapsed. After he stole his father’s identity, coming home to live with his parents wasn’t an option.

When Benz was working as a line cook at a restaurant in Moorhead during one of his bouts of treatment, he met Schmitt — a tall, dark-haired woman who laughed at his jokes and saw him for who he was.

“I pulled the manipulation on her as well, because she had no idea I was into meth and heroin,” Benz said.

They began going on dates and stayed with each other for the following year and a half until that final arrest. After that, Benz spent a month in a Scott County Jail cell, writing letters to Schmitt, none of which she responded to.

“I got all the letters at once,” Schmitt said later. “In this big, thick stack.”

She agreed to meet up with him when he was released from jail — but that didn’t mean she would get back together with him, she warned. And he agreed to take his next treatment at NorthStar Recovery in Chaska seriously. Slowly, over the course of the next two years, he won back her trust.

“It’s not about making people trust you again,” Benz said. “It’s about walking instead of talking. I don’t have to sell myself to anyone. People can see the difference this time.”

Kellie Benz said she’s convinced being behind prison bars saved her son — that and the unwavering support and love from her, her husband and Schmitt. During his stints in jail and prison, the couple would visit their son at least once a week — sometimes more.

“I told him from the beginning, I’m not giving up on you,” Kellie Benz said. “I thought showing him that we loved him was going to make him stop. And I think it worked.”

Now, Matt Benz is nearly four years sober. He proposed to Schmitt last summer. And he hasn’t flinched about COVID-19 trimming down their September wedding invitations — they’ve been through plenty already.

Benz and Schmitt live 2 miles from his parents’ house. He has a key to their home. Last week, he said, his parents were on vacation, and they entrusted him with watching over their belongings.

Benz, 29, lives a normal life. He wakes up most mornings at 2 a.m. to drive a SaraLee Bread truck until 8 a.m. — a union job he landed after proving himself in a warehouse job at MyPillow in Chaska.

When he’s done with work, he jots down notes for his “Twist Sports Talk” podcast with two of his friends, plays Frisbee golf and sometimes tries out new restaurants in the area with Schmitt. His mugshot that made the news is still online, and his record is still marred by his mistakes.

But Benz said he wants to create a different story — one of hope.

Benz spent the first 25 years of his life running from his Shakopee community amid his relapses, then reeling back toward home during periods of soberness.

Now he’s here for good. He attends recovery meetings at NorthStar Recovery in Chaska, where he helps mentor and befriend other recovering addicts. Four out of his five groomsmen in his upcoming wedding are friends he met while in recovery.

“When I go to recovery meetings, I see people asking me for help. They’re looking up to me. I’m still that guy in all those news articles,” Benz said. “But now people see me and how much I’m trying to do for the community and for myself, and they’re like, wow, what a crazy story.”

Schmitt also found a job she loves as a wedding manager.

Standing in downtown Shakopee on a hot day June 17, Schmitt and Benz looked at each other, and he giggled.

“You should see our engagement photos,” Schmitt said. “We can’t take them seriously. That’s just who we are.”

The couple, for the most part, leads a normal life together. They hope to buy a home in town next March. They still rent DVD movies from video stores on Friday nights. They have two cats and like tasting new foods at restaurants.

The morning of her interview, Kellie Benz said her son had just stopped by to take her elderly mother to the grocery store.

“He’s such a giver, and if somebody needs him, he’s gone. He’ll be right there.”

The sports podcast Matt Benz and two recovery friends created gets more than 5,000 listens each week, he said.

“That’s just another hobby we have that we’ve filled the void that drugs used to take up,” Matt Benz said. “It’s an enjoyable life, but it’s a peaceful one.”

“All I wanted was to be clean. But once I start using, I can’t stop myself.”