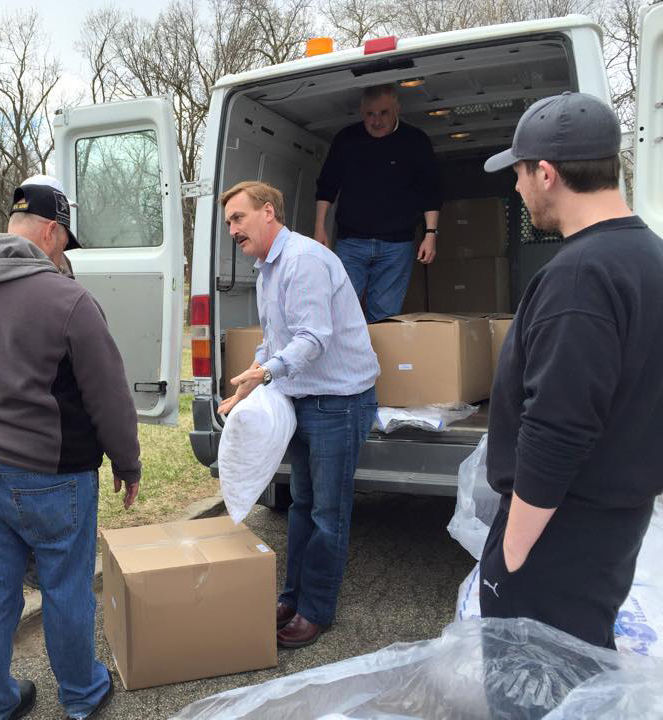 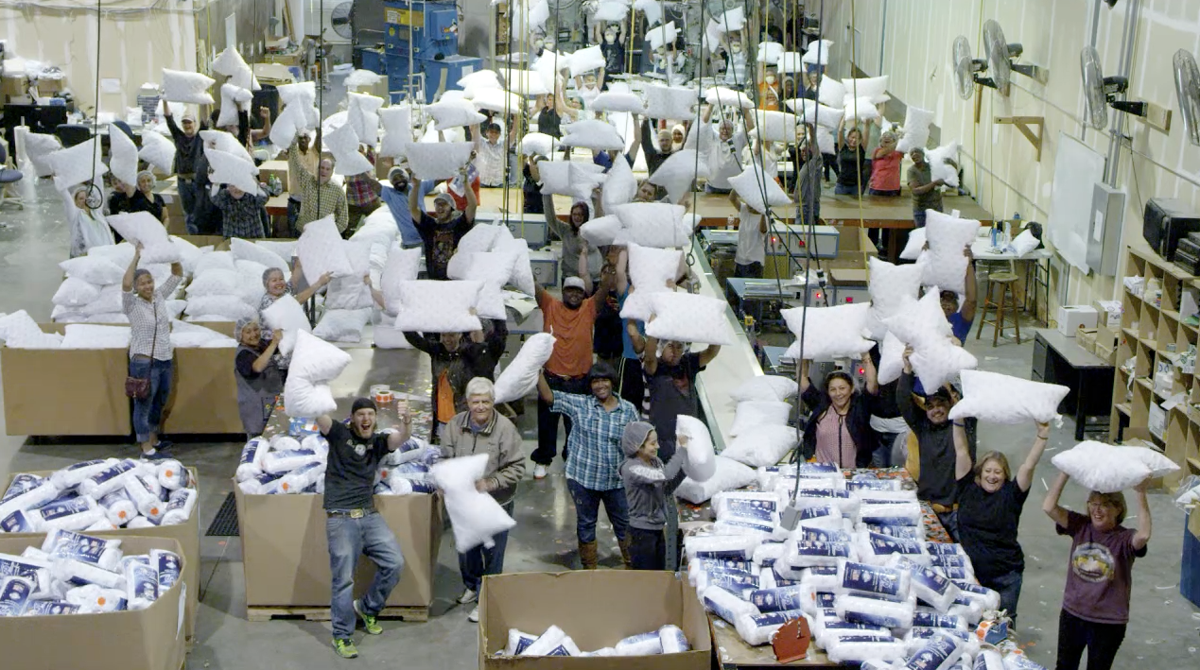 MyPillow employees hold up the pillows at a factory. 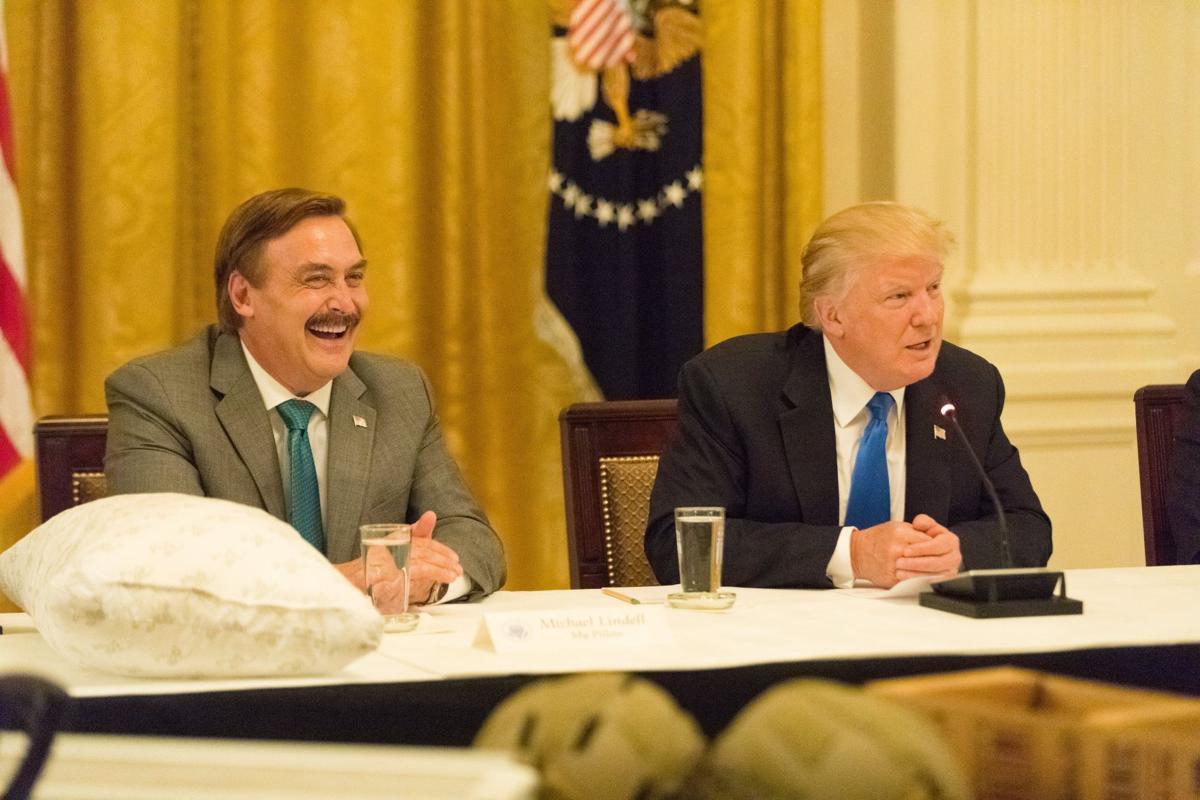 Mike Lindell and President Donald Trump sit together during the Made in America Week in Washington D.C.

MyPillow employees hold up the pillows at a factory.

Mike Lindell and President Donald Trump sit together during the Made in America Week in Washington D.C.

In the style of Billy Mays or George Foreman, inventor and MyPillow CEO Lindell peddles his own brand.

With his upbeat attitude and absolute faith in his product, one might not know that Lindell is a former drug addict, or that he believes in giving back to communities, primarily with his own pillows. Since April, the company has donated nearly 10,000 pillows to foundations in South Dakota, Nebraska, Minnesota, Arizona, Idaho, South Carolina, North Carolina, Montana, New York and many more.

“It can give them a great sleep,” Lindell said. “It’s the most comfortable pillow they’ll ever own.”

MyPillow is headquartered in Chaska and manufactured in Shakopee.

Lindell has donated to groups like the Wounded Warrior Project, Teen Challenge, Salvation Army and sent pillows to shelters and first responders during natural disasters like Hurricane Sandy.

Lately, the company has been going into communities in Minnesota and identifying specific needs such as in homeless shelters or hospitals. MyPillow then advertises in that community and for every order in that area, a pillow is donated.

“We do whatever is in there that’s helping people in that community and we like to give those people a great night’s sleep,” Lindell said. “We send a team in ahead of time to figure out what all the needs are.”

In addition to the pillow donations, Lindell is starting a foundation — the Lindell Foundation — to provide support for people with addictions and the “poorest of the poor,” Lindell said.

“So many foundations you don’t know where the money goes, you don’t know how much of it gets there and I just reverse engineered what a foundation should be and that’s why it will be the most amazing foundation in history,” Lindell said.

The Lindell Foundation will launch nationwide in September, but Lindell said he hopes to launch it in Minneapolis closer to the end of August.

“My passion is to give back, it’s always been to help people,” Lindell said. “I had all kinds of adversity. I feel very blessed to get through — by the very grace of God — to where I’m at, and my heart is to help people.”

Lindell was also in Washington D.C., recently with President Donald Trump for the Made in America Week, honoring companies whose products are made in the United States.

“It provides jobs here and not just that, careers,” Lindell said. “It’s very important to me to keep the jobs here. I enjoy helping people, so what better way to help people than give them jobs?”

Lindell said the company has more than 1,500 employees. The company hired 500 employees in the last quarter of 2016, but earlier this year laid off 140 workers when sales couldn’t support them.

MyPillow finds a new place to rest its head

The MyPillow company has found a new place to rest its head.