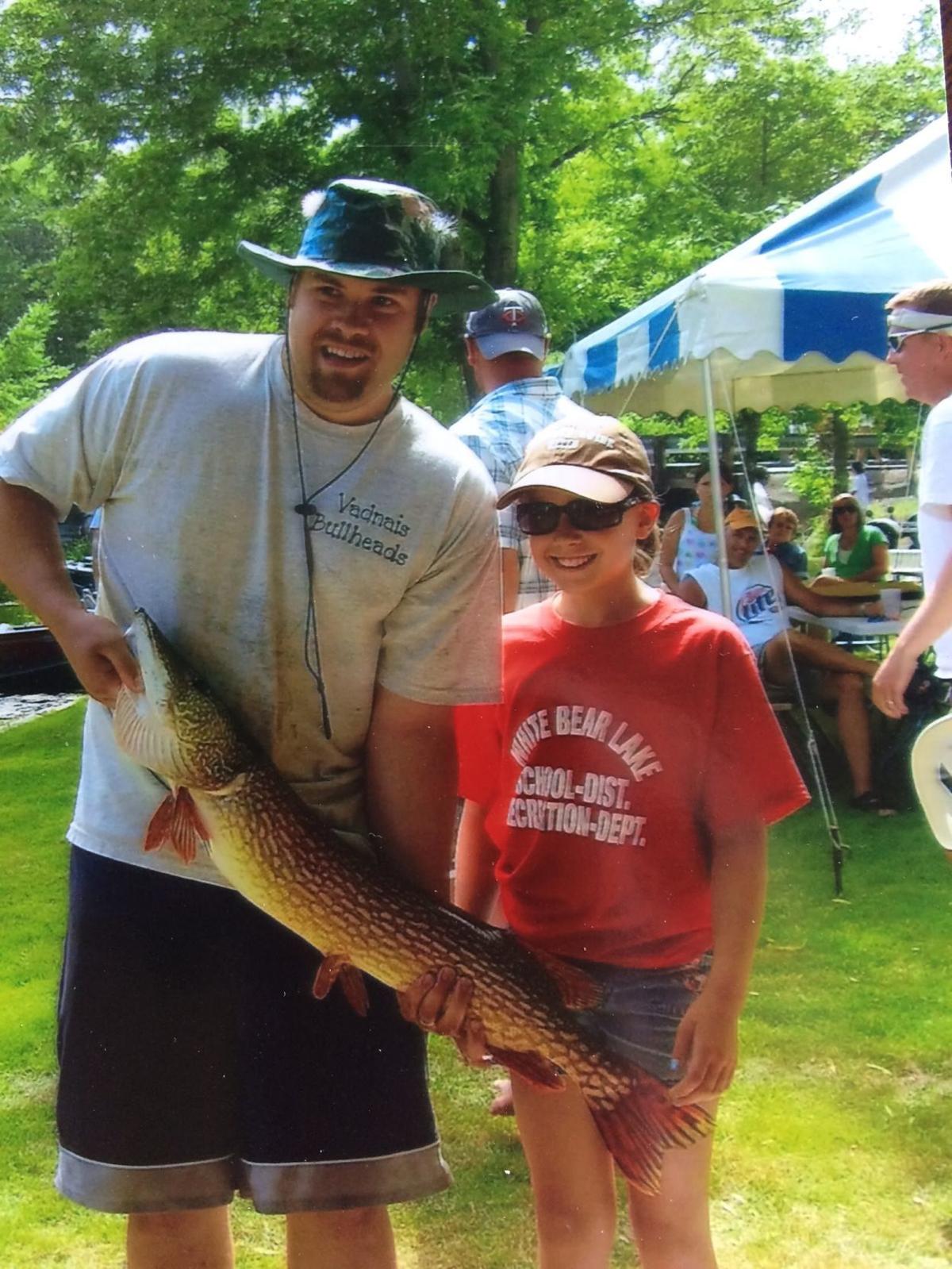 Maddie DeBilzan, 11, and her father, Josh DeBilzan, with their whopper at the Clearwater Lake fishing tournament. 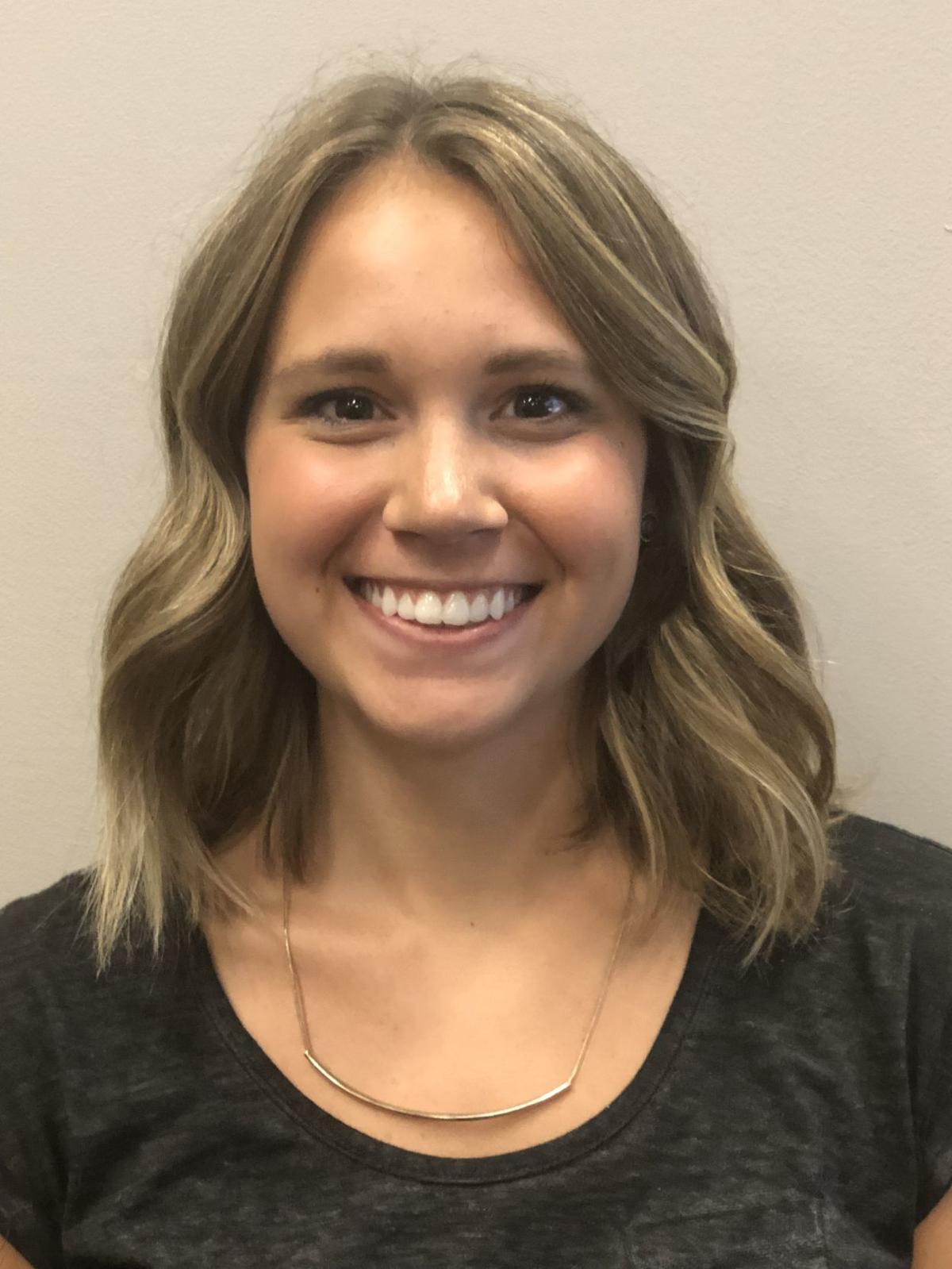 In high school and college, when my friends would come to my house, my dad would change into a gray, sweat-stained tank top and a pair of Under Armor spandex leggings, just to embarrass me.

He always has at least three holes in his socks.

His T-shirts are always an inch too short.

He puts ketchup on his tacos and a mound of pepper on his spaghetti.

When I was in kindergarten, my baby brother spilled a jar of vegetable-medley baby food on the frozen pizza, and my dad slammed his fist against the kitchen table. Frozen pizza was a delicacy.

We lived in an 800-square-foot rambler. My mom was a journalist who wrote part time for a manufacturing magazine and my dad was a financial adviser with fewer clients than fingers. Traveling to Duluth for the weekend was our big vacation for the year.

For weeks, I rarely saw my dad. He was busy studying to earn his financial planner certificate. It’s a rigorous process in which only about half the people who take the exam pass. Then we got a letter in the mail. He passed.

To celebrate, we went to Pizza Man.

When I was 11, he wore his army-green fishing hat to the annual Clearwater Lake fishing tournament. I decorated it one year for Father’s Day, embellishing it with sparkly pink fishing lures and puff-painted stick figures that were supposed to resemble Napoleon Dynamite characters.

I was a scrawny, awkward, tomboy-diva hybrid wearing oversized sunglasses and drowning in a red T-shirt tamed at the bottom by an elastic binder. I loved reading the Babysitter’s Club books. When I went swimming I wore a surf shirt with board shorts. On this particular morning I struggled to brush through my snarled hair, so I threw on a baseball hat. I looked like Angelica Pickles from “Rugrats,” but I knew how to fish.

I’d fished enough to recognize the difference between a little bass and a 36-inch Northern. So when the line beneath my thumb plunged toward the bottom of the lake, I knew this was not a little bass.

Even though it was a tournament, my dad wanted me to catch it by myself. I’m sure he knew I probably wouldn’t have been able to set the hook on a fish that big, but he grabbed the net and told me to jerk the pole anyways. I didn’t want to. There’s no feeling worse than missing a monster fish. So I handed the pole to my dad.

My dad jerked the pole towards the sky. “Got it,” he said, and swiftly handed it back to me before the neighboring boats could see our sneaky transaction. They stared at me in bewilderment as the pole nearly bent in half and my body nearly fell into the lake with it. And then, as he scooped up the 36-inch Northern with his net, my dad said something I still think about often.

I slapped his slimy hand, wondering why he credited me with the work when he was the one who set the hook.

We won the tournament that year. As far as everyone was concerned, the little 4-foot-5 girl caught that monster fish all by herself. I was the talk of the tournament. And my dad gave me the majority of the winnings.

That’s a silly example of how my dad has been all my life. He’s set the hook, and I’ve taken the credit. When I told him I wanted to play basketball someday, the Easter Bunny dropped off a 10-foot hoop with a glass backboard, even though at the time, we were living off Hamburger Helper.

I wish I remembered being the 4-year-old brunette with flowers in my hair as I walked down the aisle, eyes locked with my father’s, as he stood at the altar with trembling hands the day he married my mom.

He and my mom were 17 when I was born, but he was there to hold me at the hospital. He read “Charlotte’s Web” and “The Hunger Games” to me while I fell asleep. He let me watch the Teletubbies in his dorm room at the University of St. Thomas.

When I was in third grade we moved right next to a park with a chained-net basketball hoop and I was finally strong enough to hit the rim. When I grew strong enough to play against my dad, he’d stuff me, stiff-arm me, and smack-talk me. He didn’t care if I was a girl. He saw me as his competitor.

My mom used to yell at him for it, but I appreciated the meanness. In a weird way, his competitiveness showed a degree of respect.

And when my high school boyfriend broke up with me while we sipped strawberry-banana smoothies at Caribou Coffee, my dad left a note and a bouquet of flowers on top of my dresser. Then he told me, in total Dad fashion, “it’s probably for the best,” as he patted me on the shoulder.

He does annoying Dad things all the time. In high school, he’d shake his head if he thought my shorts were too short. Before I’d leave the house, he’d tell me nothing good happens after midnight. On New Year’s Eve, he counted the beer cans in the fridge and told my friends they’d better not take any.

But he’s also the reason I don’t bat an eye when someone sends me a nasty message on Facebook over a story I wrote. He’s the reason I can mow the lawn and bait a hook and throw a spiral. He’s the reason I feel guilty every time I spend $5 on a vanilla latte from Starbucks, because “you coulda just made one of those silly drinks at home.”

He was always there to yell at the basketball refs. He clapped through my dance recitals and gymnastics meets and track races. He told me to keep going even though I pitched an entire softball game without throwing a strike. He tells me I’m pretty without makeup.

This Father’s Day, I’m thinking of all the dads and dad-figures who have shaped us for the better. In one way or another, father figures impact us more than we realize. Perhaps you weren’t as fortunate as me, with a father who shaped you for the better. Perhaps you don’t have a dad at all. But the good news is that Father’s Day isn’t about biology, or merit, or the “manly” figures in our lives.

Father’s Day is about thanking the people in our lives who have set the hook and given us all the credit.

In high school, I was a 5-foot-6 shooting guard on the White Bear Lake basketball team. When we made it to state my junior year, it was a big …