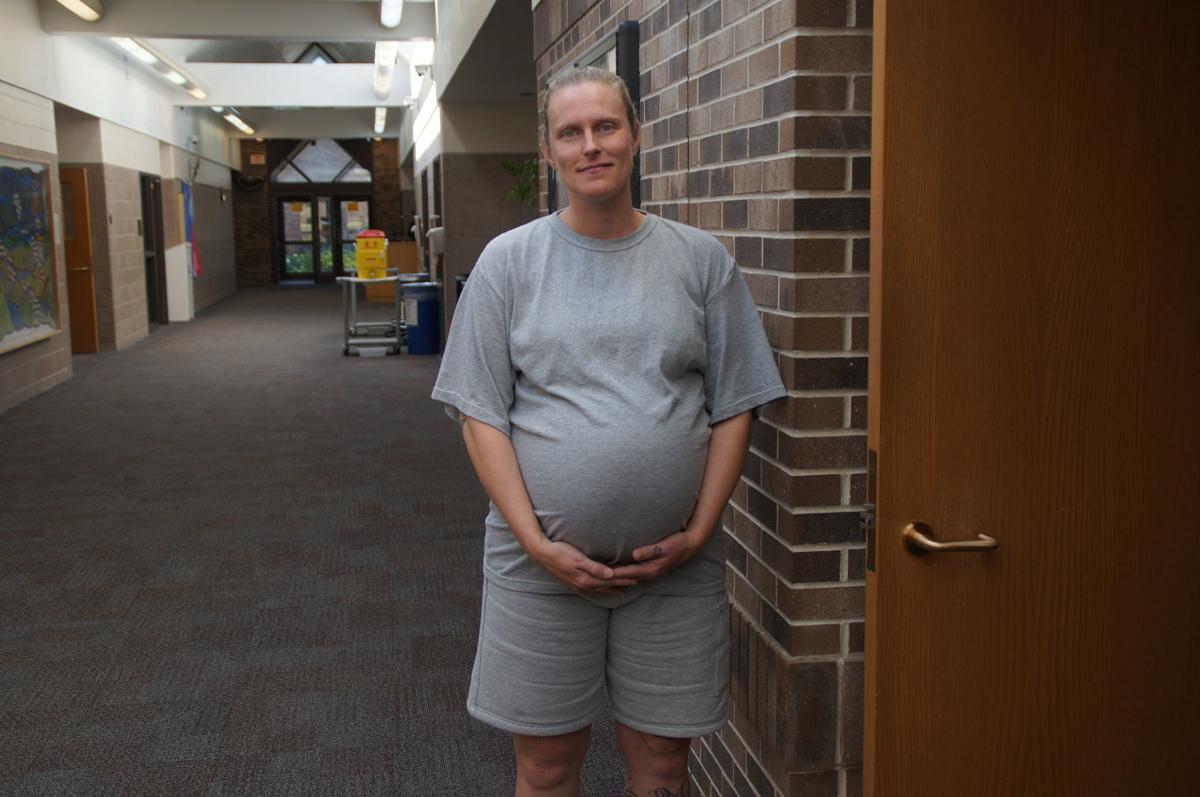 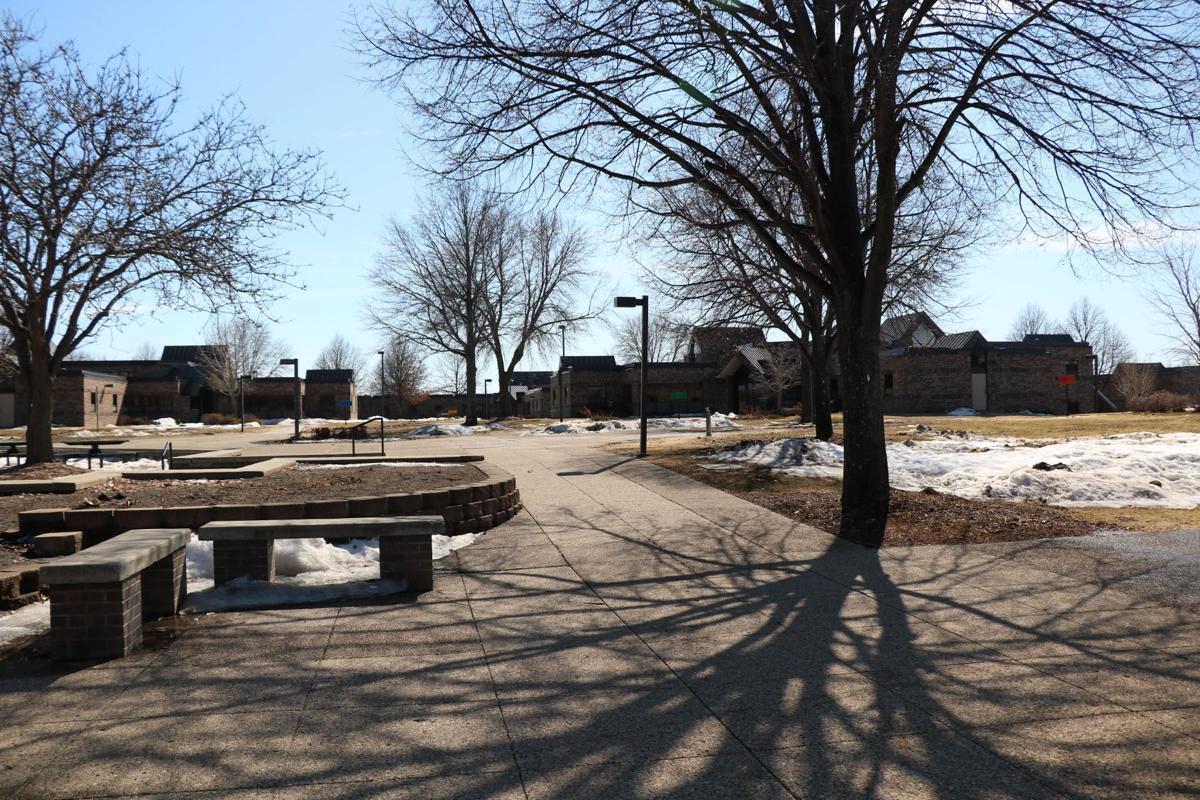 Keesha Brousseau has colorful tattoos that unfurl from her gray T-shirt and matching shorts. She walked around Shakopee’s correctional facility — or, rather, waddled, with her hand under her belly that protrudes from her gray shirt like a watermelon. When asked about her soon-to-be newborn baby boy, she smiled softly, but her eyes glossed.

“I don’t want him to get caught up in this cycle,” she said.

Brousseau was due to have her baby, who she plans to name Kodin, on Friday, Aug. 9. She’s prepared to leave for the hospital any day. But unlike most soon-to-be mothers, she doesn’t have a readied car seat, homemade baby blanket or a bag full of tiny diapers. She will deliver her baby, and between 24 and 48 hours later, she will return to the prison with breasts full of milk and loose skin on her stomach.

Lori Timlin, the parenting coordinator at the Minnesota Correctional Facility-Shakopee, said she doesn’t think anyone can appreciate what it’s like for a mother to say goodbye to her day-old infant after giving birth.

“It’s horrible for the women,” Timlin said. “I really can’t emphasize how difficult it is for them.”

Brousseau, a cosmetologist from Annandale who has been in prison since November for assaulting a former boyfriend, didn’t know she was pregnant until three months after arriving at the Shakopee prison. When the pregnancy test came back positive, she said her world crashed.

“That’s definitely not the plan,” she said, “to have a baby while in prison.” But she said she didn’t want to terminate the pregnancy just because she was behind bars.

Brousseau calls herself lucky. She’s expected to be released Sept. 18, when Kodin will be about 6 weeks old. Her mother will care for him until her release.

When an inmate like Brousseau finds out she is pregnant, Timlin meets with her to talk about a plan. If she is confident she wants to carry through with the entire pregnancy, the prison then directs the inmate to a doula with the Minnesota Prison Doula Project, who provides the inmate with physical, emotional and informational support during pregnancy, labor and delivery. That doula will meet with the inmate at least twice before the delivery, and will meet with her at the hospital for the delivery.

Brousseau and other pregnant inmates are escorted out of the hospital by two prison guards, who walk a few feet in front and behind the unhandcuffed woman as she walks into the hospital or doctor’s office. When the women come back to the prison from their appointments, they are strip-searched and required to squat and cough. The Minnesota Department of Corrections said this is standard practice for any inmate who returns to prison from an off-grounds obligation.

Brousseau, who has given birth twice before, will deliver Kodin at Saint Francis in Shakopee. The first time she went into labor, nine years ago, she had a Cesarean section because she had twin girls. The second time, which was three years ago, she gave natural birth to another girl.

She gave those children up to her aunt and uncle for adoption before she left for prison, she said. But she gets a second chance with Kodin.

Until she’s released, Brousseau will have to make do with a special four-hour visitation every other Saturday specific to mothers at the prison, along with one-hour visitations throughout the week.

Brousseau said as far as pregnancy goes while in prison, “it’s been pretty simple.” She tries to stay active, and pregnant women are given more time than other inmates to use the courtyard to get fresh air and the gym to get exercise. And a prison support group called Pregnancy and Beyond helps mothers and mothers-to-be like Brousseau who need help coping with the absence of their children. There are also incarcerated mothers available to mentor the inmates, Timlin said.

An inmate’s delivery: no visitors and a guard in the room

When an inmate gives birth, she isn’t allowed any visitors at the hospital, and a prison guard — usually a woman — is present in the delivery room at all times. Timlin said this is for security reasons.

“We can’t control that setting, and there’s too many variables for us,” she said.

The doula is the only person other than medical staff who is able to have physical contact with the mother. Brousseau’s doula will feed her ice chips and help coach her through the delivery: something a mother, partner or friend would normally do for the woman.

“The doula’s hope is to assist Mom in giving a favorable childbirth experience,” Timlin said. “From a humane standpoint, it’s so women aren’t going through this alone.”

The doula will come back after the baby is born to take photos of the mother and baby, and will help comfort the inmate during her separation visit with the baby.

Rae Baker, the coordinator for the Minnesota Prison Doula Project, could not respond to any questions, stating they were ordered not to respond to media requests without DOC approval, which the Valley News could not get in time for the story.

Timlin said she thinks the Shakopee prison is doing the best it can do with the cards in its hand. Because it only averages 10 to 12 pregnant inmates at any given time, and the average length of stay for those women is less than six months, adding an entirely new unit for those pregnant inmates and their newborns would be too expensive.

But Timlin said if it were possible financially, she thinks a prison nursery would be the most humane option.

“It’s not something our department is willing to pay for because there aren’t enough correctional officers,” she said. “But there’s good research to show those babies do pretty well.”

Timlin also added: “I do think, in many ways, this is the least ideal setting, however, this is where many women find themselves.”

If women are going to be at the facility for less than 90 days following their delivery, they can pump their breast milk to keep their supply going. At the moment, the DOC does not have the ability to store and deliver the milk to the inmate’s baby.

Post-partum, Timlin said the inmate’s doula will meet with her at least once or twice to make sure she’s coping. In some cases, the women are put on antidepressants and have to seek counseling.

“It’s horrible for women to have to leave their newborns,” Timlin said.

The Department of Corrections says they ensure pregnant women are provided with the same medical care as someone outside the prison gates.

“We take great measures to care for the safety and well-being of all women under our charge. Women are provided the same care medically that they would be provided in the community,” Warden Tracy Beltz said. “Pregnant women and women with children are provided access to resources including but not limited to parenting programming, the Parenting Living Unit, doulas, and extended visits.”

That’s something Brousseau agrees with, as well. She gets the medical care she needs.

But it doesn’t make the hospital goodbye kisses any easier.

“It’s horrible for the women. I really can’t emphasize how difficult it is for them.”