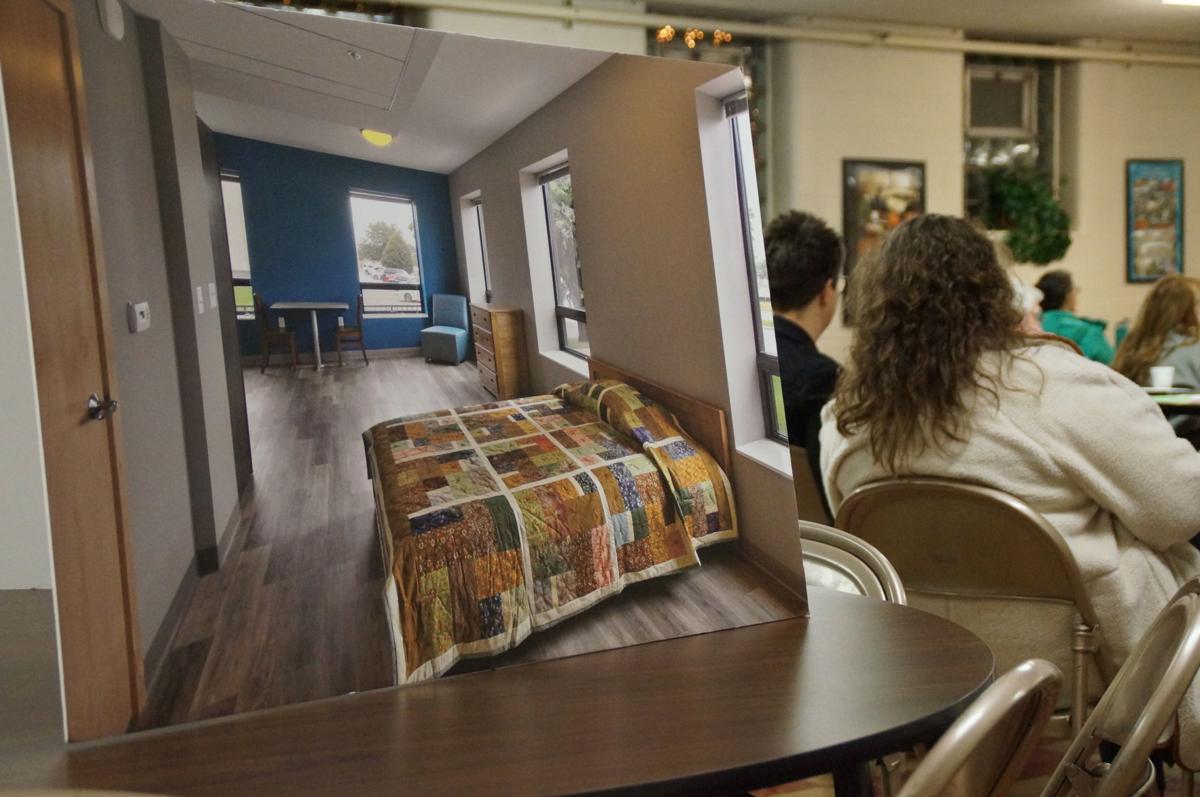 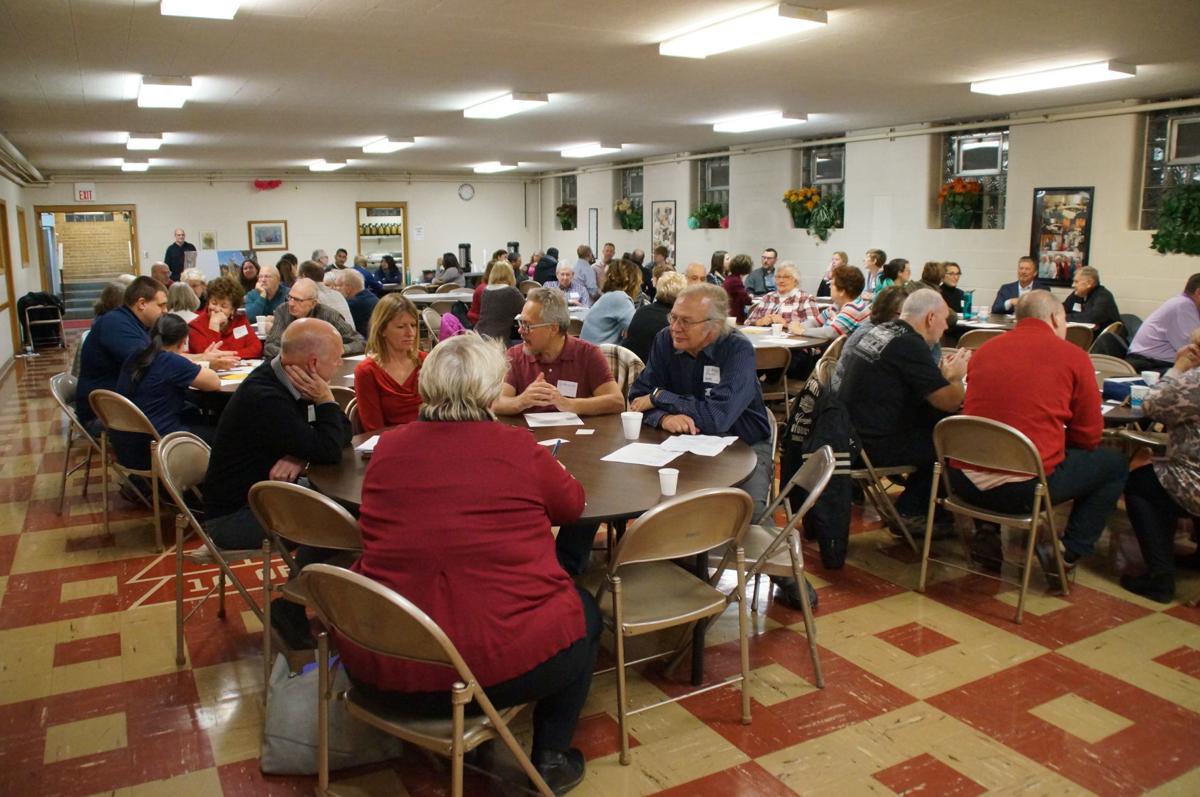 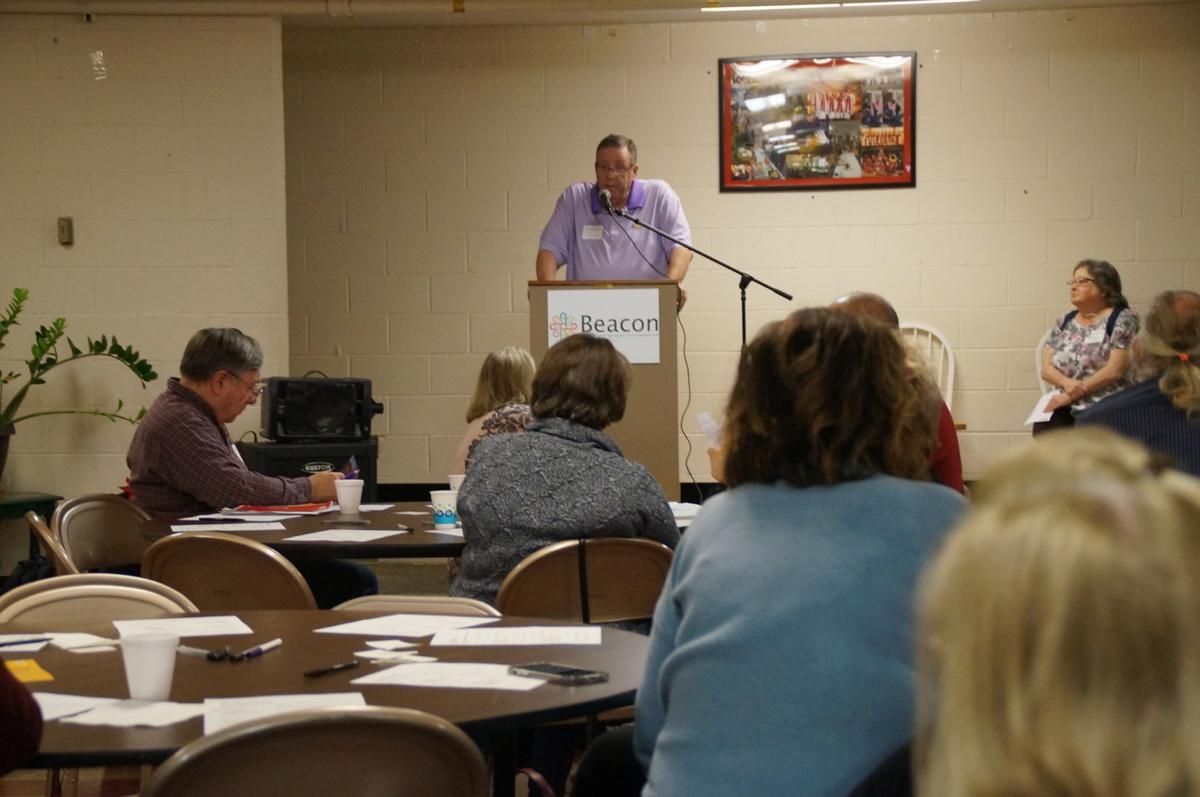 In the 1960s, Gary Shelton lived a comfortable life in Nevada with a large house, color television, central air conditioning and planned vacations each year. He didn’t have many things to want, until he lost both his mother and father before turning 16 — his mother to ovarian cancer, his father to alcohol poisoning.

The former Scott County administrator, now retired, was left with nothing. He couch-hopped, not wanting to burden one family or friend for too long with his company. He would search the couch cushions for loose change so he could run to the store to buy a carton of milk.

He’ll tell you there were people worse off than him, which is true. He’ll tell you when he looked at things in perspective, his situation wasn’t that bad. He’ll also tell you he doesn’t think any child should ever have to wonder where they are going to sleep at night, or whether they will be cold.

That’s part of the reason Shelton along with dozens of other advocates belonging to a group called Beacon Interfaith Housing Collaborative are advocating for a supportive housing complex to be built in Shakopee, and spoke on behalf of the project on Dec. 5 at St. John's Lutheran Church in Shakopee.

That day Beacon Interfaith Housing Collaborative announced preliminary plans to build a 50-unit permanent supportive housing complex in Shakopee. The supportive housing unit, which Beacon is calling Prairie Pointe, would be geared toward long-term homeless households, and will offer housing at a cost of 30% of the family’s income and would provide resources within the building for residents to find career support, food and child care.

Like any apartment building, Prairie Pointe would provide units with up to three bedrooms. The rent would be subsidized through federal and state aid. Many of the other numbers, Beacon spokesman Dan Gregory said, are still up in the air, as the project is in its very preliminary stages. Gregory said Beacon could not yet disclose a project timeline.

Beacon said it has entered into a land use agreement with the Knights of Columbus in Shakopee to build Prairie Pointe, but before they go any further, they must be approved for appropriate zoning and receive enough funding. Prairie Pointe would be funded privately and through donations, and would also seek around $1.5 million from Scott and Carver counties.

That land is currently zoned for business development, according to Shakopee Director of Planning and Development Michael Kerski. He the city had conversations with Beacon "a while back," when the plan was to use the Knights Hall as a church and build housing towards the rear of the building off 4th Avenue. It is unclear whether that is still Beacon's plan with the complex.

Beacon is an affordable housing collaborative made up of more than 100 congregations across the Twin Cities metro. This month, Hopkins City Council approved a 50-unit supportive housing complex that will be called Vista 44. Gregory said the initiative has already drawn regional attention, and Beacon is presuming many residents on the waiting list for Vista 44 will be interested in Prairie Pointe.

“At every public hearing, we had a huge turnout,” Beacon Chair Laura Helmer said of the Hopkins project. “Are we ready to bring that momentum here?”

The gym broke into applause.

If Shelton learned anything about being homeless as a teenager, it’s this: homelessness always has a story.

When Shelton's mother was diagnosed with stage four ovarian cancer, she knew she was going to die, and she told her five children so. Shelton’s father didn’t want to believe it. He took his wife across the country to the best doctors to try to save her.

“My mother’s illness drove us poor,” Shelton said. “My dad couldn’t live without my mom.”

And he didn’t. Shortly after his mom fell to cancer, his father drank himself to death.

And so began Shelton’s rude awakening into the world of not-in-my-backyard-ism, a world in which he was now living. He was a straight-A student who penned his homework on a different couch every couple weeks.

“Homelessness happens for a variety of reasons," Shelton said. "For many, it’s just simple math.”

Shelton's equation didn't work out in his favor. Two parents minus two parents equals zero. That's what he was left with as a 15-year-old kid. No money or home or parents.

“It takes a village to raise a child,” Shelton told the Beacon members. “Simply put, no person should be without a home.”

Shelton encouraged residents who might be troubled by the idea of adding a supportive housing complex in Shakopee to think about the way they would like to be treated if the incomprehensible came true in their lives, as it did in Shelton’s life as a teenager.

And although he stressed the fact that supportive housing is aimed at families struggling to find a roof over their heads and not couch-hoppers, the groundwork needed in order to build a stable life is a stable home.

“It’s hard to think of anything else when you’re homeless,” Shelton said. “Deeply affordable housing is the first step in getting families out of homelessness.”

Affordable housing is typically defined as housing that is 30 percent or less of a household income.

Residents who qualify to live in Sarazin Flats in Shakopee pay between $900 and $1,200 each month.

Housing experts say even this option, which is deemed “affordable,” does not meet the definition of affordability for many families — especially families living off one person's income.

If an individual is bringing in $30,000 each year, he or she can only afford $750 monthly toward an apartment, based on the conventional definition of “affordable housing.” But those options do not exist in Scott County without assistance.

Scott County residents have long been caught in a foot race between the rate at which wages are rising and the rate at which rent is rising. But wage increases are being lapped by rent increases, and with each new 50, 60, and 70-unit affordable housing complex comes another long waiting list and another reminder that the problem is swelling faster than it’s being solved.

So while it is not a solution to a seemingly unsolvable problem, Prairie Pointe is a good start, Beacon members said.

“This is good work, but it’s hard work,” Helmer said. “And as people of faith, we were made for hard work. From this stable place called home, we can offer supportive housing.”

SHAKOPEE — Kerry Kaufmann parked his Ford Explorer near the Minnesota River boat launch. His was the only vehicle in the parking lot, and he l…