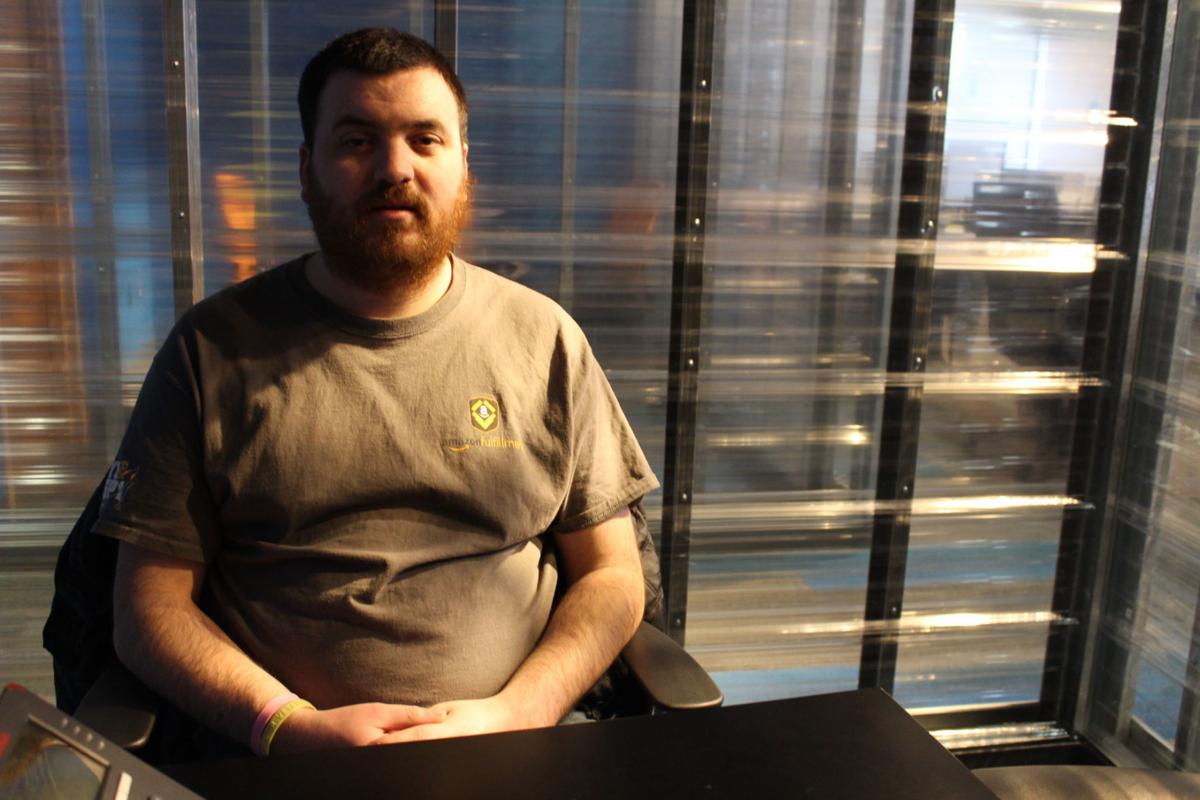 Randall Mcaleese is part of the inaugural group of veterans participating in Scott County’s veterans court. Mcaleese finds himself in veterans court after facing domestic assault charges. He served in Iraq with the National Guard. 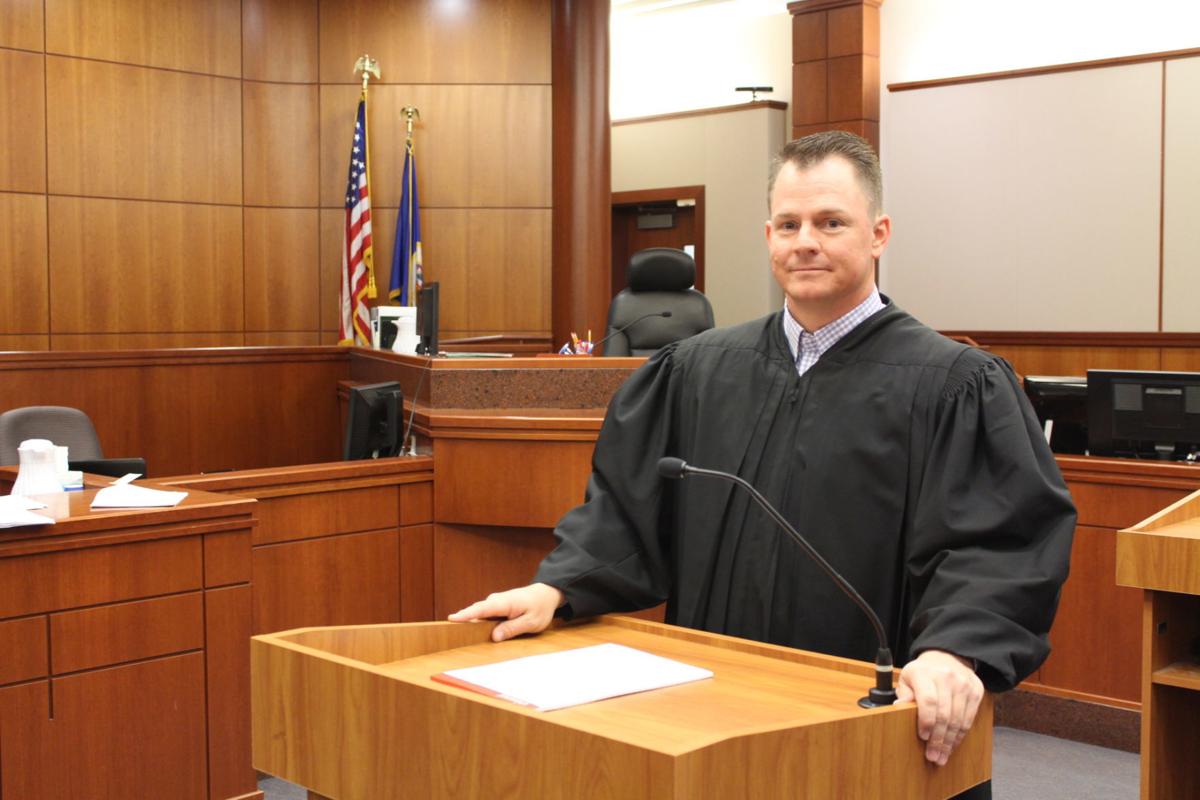 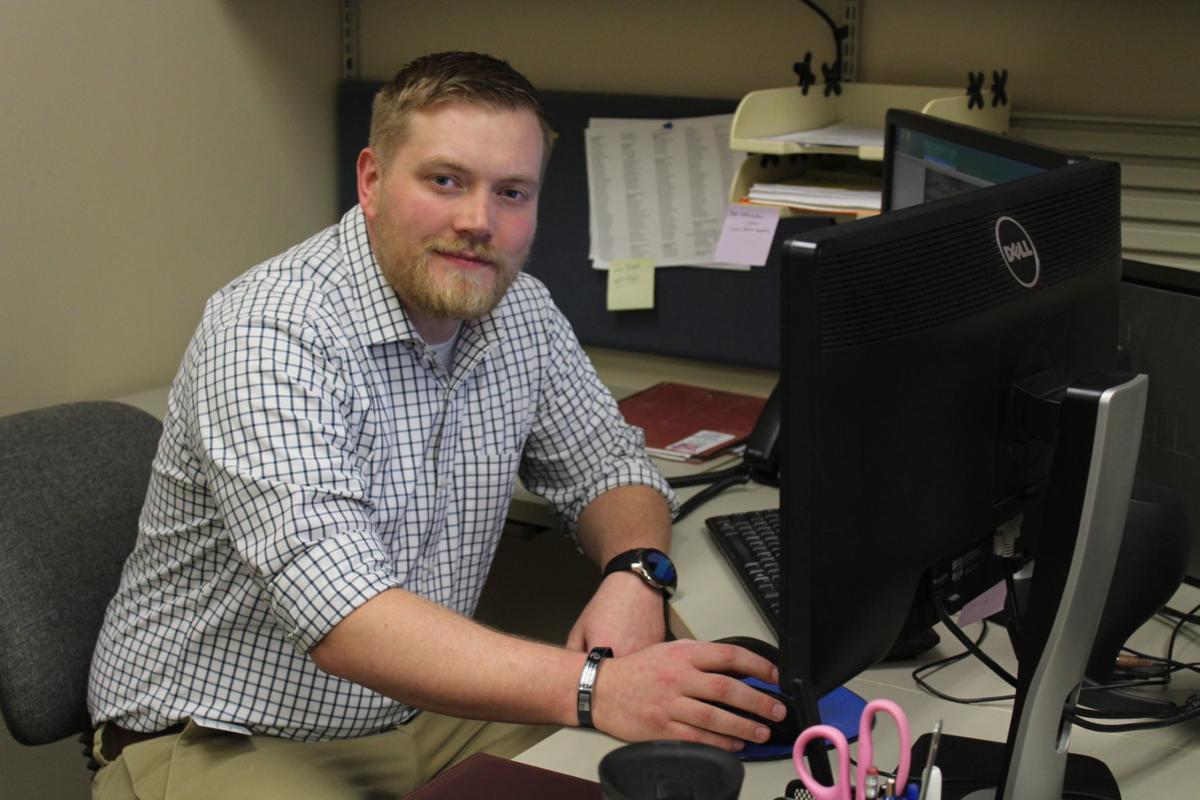 Allen Andersen, a Marine Corps veteran and law clerk for the Scott County Attorney’s office, has been instrumental in establishing the intensive treatment court in Scott County.

Randall Mcaleese is part of the inaugural group of veterans participating in Scott County’s veterans court. Mcaleese finds himself in veterans court after facing domestic assault charges. He served in Iraq with the National Guard.

Allen Andersen, a Marine Corps veteran and law clerk for the Scott County Attorney’s office, has been instrumental in establishing the intensive treatment court in Scott County.

A group of 20 veterans gathered in a Scott County courtroom on Jan. 14 to take a leap of faith.

The servicemen and women congregated, hoping their participation in Scott County’s new veterans court would deliver on its promise of bringing stability to their lives and helping reduce their involvement in the criminal justice system.

The turnout was far greater than what Allen Andersen expected when he approached county prosecutors over the summer about starting the intensive treatment program, which pulls techniques from mental health and treatment courts and takes a holistic approach at bringing stability back to veterans’ lives.

As a Scott County law clerk, Andersen had hoped the Attorney’s office could find 10 to 15 people willing to go through the program. From his work with the Anoka County Veterans Court and Veterans Defense Project, Andersen knew the biggest roadblock for many would be the program’s requirement of a guilty plea and getting over a military mentality that sometimes rejects mental health treatment as a sign of weakness.

Still, by the court’s second meeting, the jury box where participants and potential members sat was practically full of service members.

“What we didn’t know was whether we (would) have four veterans or 400 veterans,” Wilton said. “We’ve never studied it. I was surprised at how many people we got into veterans court right away.”

What may prove to be the court’s secret sauce is the open environment that’s being created by a group of veterans intent on bettering themselves and a judicial team dedicated to that same goal.

Ryan Briggs* is one of the program’s first participants. He served in the Marine Corps from 1993 until an honorable discharge in 1997. Briggs saw combat during the tour. Briggs is facing DWI charges following a drinking and snowmobiling incident last year. When his lawyer told him about the program, he said it wasn’t difficult to accept the offer.

“I thought it’d be a great idea,” Briggs said. “I guess some people would maybe think that it’s going to be simple, and it’s an easy get out of jail free card. But I don’t think it’s as simple because you still have to follow instructions.”

Briggs said he appreciated the space to talk with other people who understood what it meant to serve, without critique or judgment.

“I guess you could say, you just feel comfortable when you’re around someone that’s like you that’s done the same things that you have. I think that’s beneficial as well,” he said.

Over in Carver County, Jail Re-entry Coordinator Nikki Kuettel meets with arrestees upon arrival. She asks if they are veterans, and addresses the potential discomfort of the admission with an explanation of how veterans court works.

Whether or not they join is up to each veteran, said Lead Legal Prosecutor David Hunt, but Kuettel tries to diffuse shame from the circumstance.

“I think it’s nationwide that every veterans court sees that reluctance, some shame and maybe some distrust of the program,” he said. “We’re trying to eliminate that by making it seem OK to acknowledge that ‘I’m a veteran, and maybe veterans court would be a good place.’”

Since the first participant joined in June 2014, Hunt said, the program has flourished and remained largely the same. Thirty-one veterans have enrolled in the program; 9 are active participants, and 18 have graduated. The program boasts a 2:1 mentor to veteran ratio.

Carver has an “abundance” of mentors who volunteer their time for the court, Hunt said. Mentor coordinators assign each veteran a mentor who will be with them through the program and can sympathize with military experience.

“Mentors, being that they’re veterans themselves, can readily identify and relate to the struggles that servicemembers face,” said Veterans Court Coordinator Jennie Pinnow, “because they might have shared similar experiences either in civilian life or throughout their military career.”

Being among people who see you as individuals, no different from anyone else, is critical for Scott County Veterans Court member Randall McAleese, who deployed to Iraq with the National Guard.

“I don’t think that because we served we’re different,” McAleese said. “But by that same token, I think that the government should help us out more, when we’re in a time of need. I think there’s too many that have done things for this country that are struggling.”

Things have been turbulent for McAleese since returning from combat. He lost his father soon after returning from his deployment and experienced two periods of homelessness. When he arrived to court to litigate a domestic assault charge against him, he struggled with the idea of entering a guilty plea to qualify for veterans court. He said ultimately the promise of access to Veterans Affairs services and an opportunity to join a program working on communication convinced him.

“It’s more about rehabilitation,” McAleese said, describing the court. “So in my mind more of like what the court system and judicial system is supposed to be like. It’s kind of like probation but a lot more hands on… In the long run, I feel like it’s going to benefit me a lot more.”

Mcaleese said the program and work with the staff is already paying off. He’s stopped drinking, this time with a purpose, as part of the program’s substance abstinence policy. And a victim coordinator has been working as a mediator between McAleese and his former partner to negotiate the return of the rest of his belongings.

“They’re definitely dedicating their time to it,” McAleese said. “They’re willing to help out with extra things as well. They’re there for you, wanting you to succeed and do better and also offering you help with other things if you need it.”

Though off to an optimistic start, the program is still finding its footing in many ways. Championed by a dedicated volunteer team of Assistant Scott County Attorney Mike Budka, Veterans Justice Outreach Officer Margaret Newman, Public Defender Michele Barley, Wilton and Andersen, the group can only do so much by sheer force of will alone.

The team is looking for financial support, not to pay anyone’s salary, but to support the services and incentives that make regional veterans court successful.

In the January court session, one man told Wilton he was unable to do his chemical dependency assessment because he couldn’t find an affordable option. Others talked about crisscrossing the metro area to get in touch with doctors and therapists that would meet their needs through services provided by Veteran Affairs.

“That should not happen,” Wilton said afterwards. “With a grant, we can take care of those things. We don’t have to keep shipping people out to go do those things. We can get it all done here — kind of a one stop shop.”

Those involved have decided to give the program a six month trial period before worrying too much about the looming financial question. There’s hope that if the system works well, they might be able to find funding in tandem with the renewal of the funding for the county’s treatment court.

*Ryan Briggs’ true identity has been changed for print due to privacy concerns.

Carver and Scott aren’t the only area counties with a veterans court.

Hennepin County Veterans Court is held every Monday at 9:30 and 10:30 a.m. in Courtroom 857 at the Hennepin County Government Center. The 12-18 month program is partnered with volunteer veteran mentors, as well as the U.S. Department of Veterans Affairs Health Care, the Veterans Benefits Administration and County Veterans’ Services.

Scott County’s Veterans Court is set to help almost 70 former service members over the next four years thanks to a federal grant of $500,000 a…