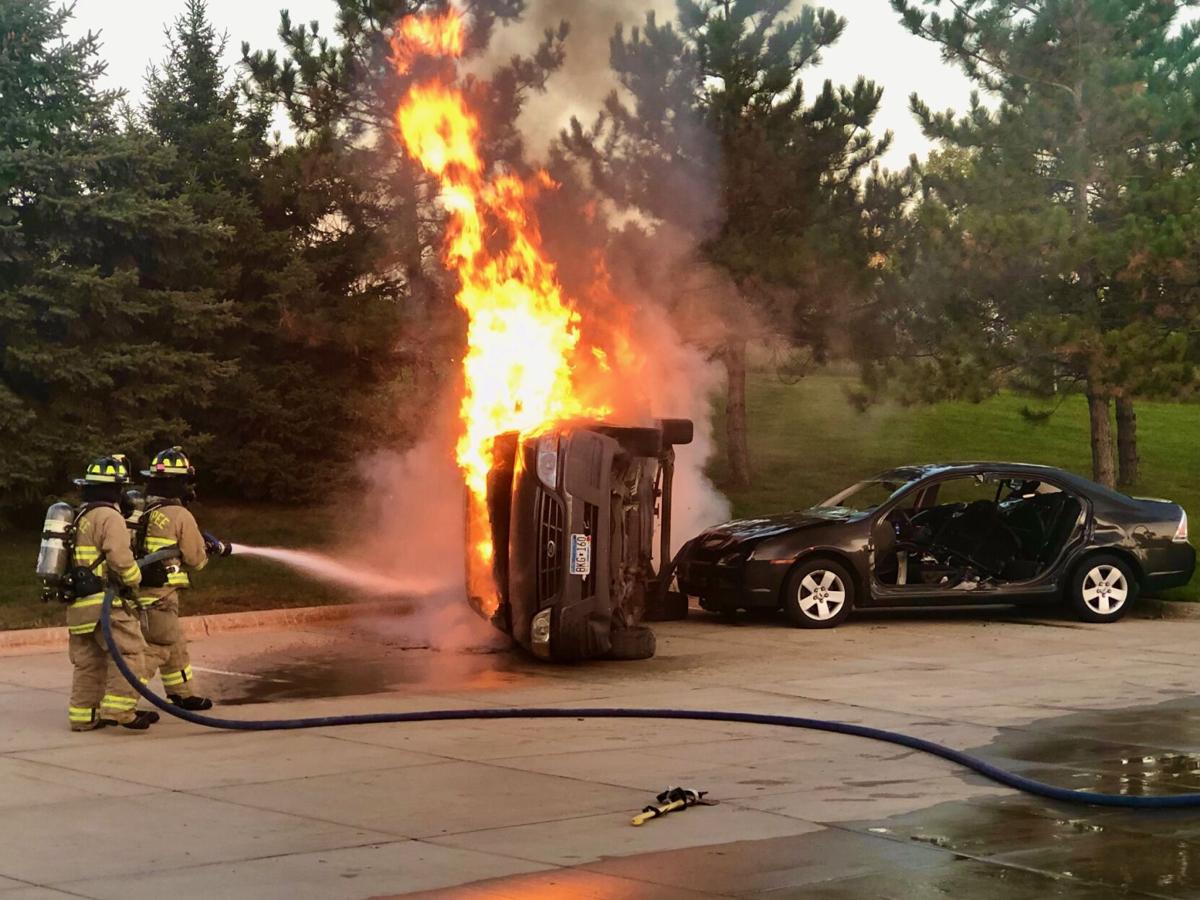 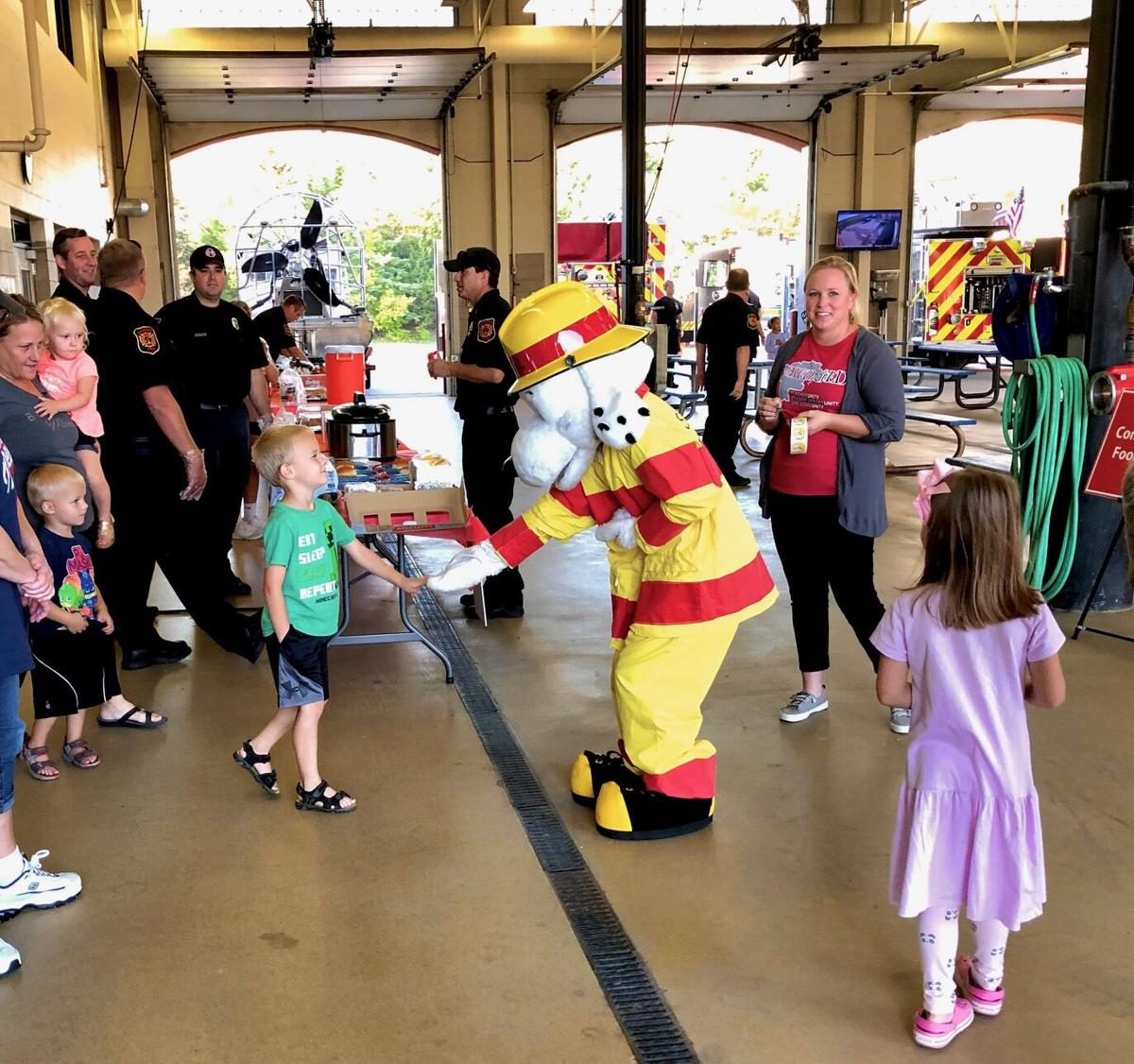 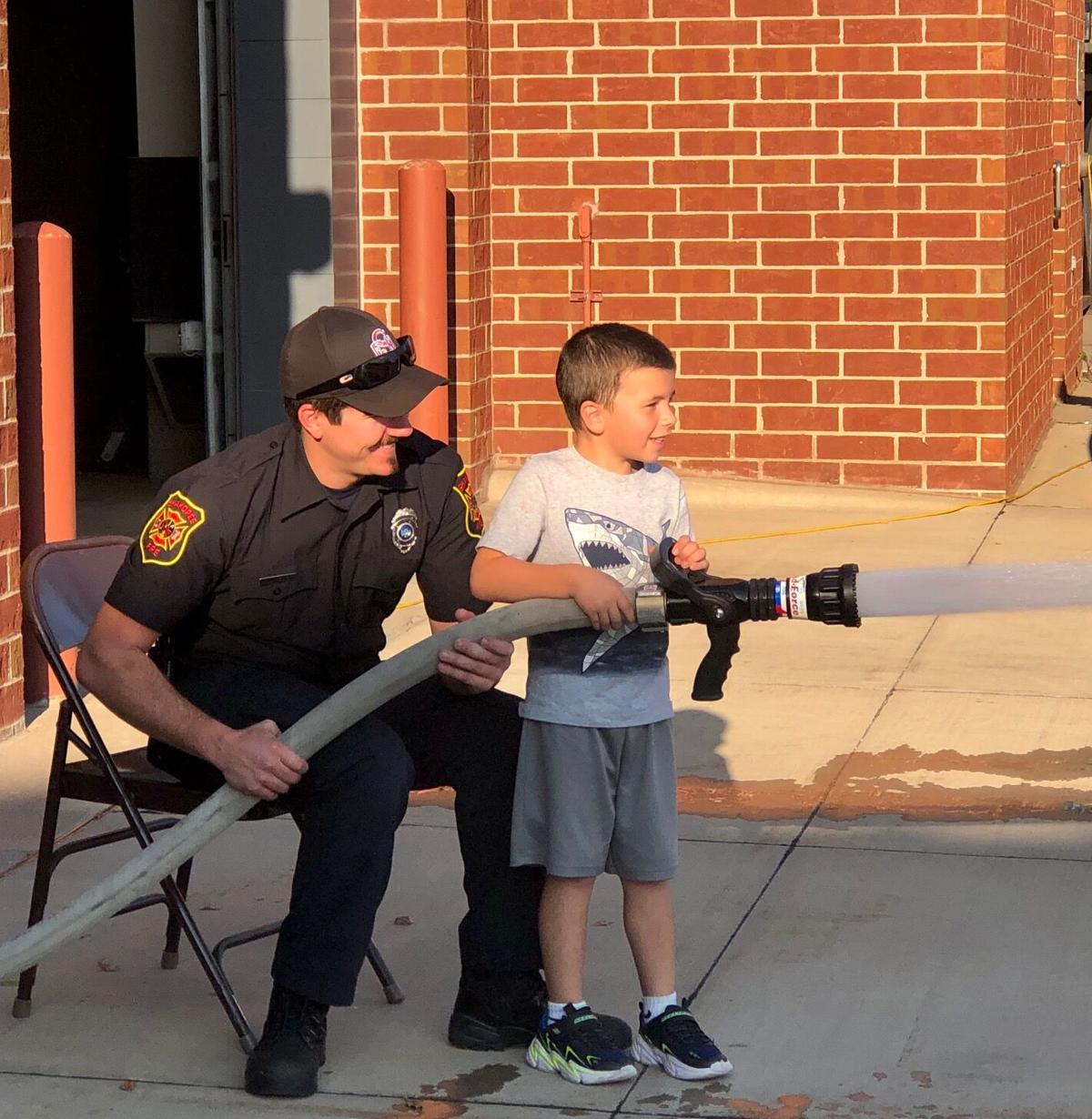 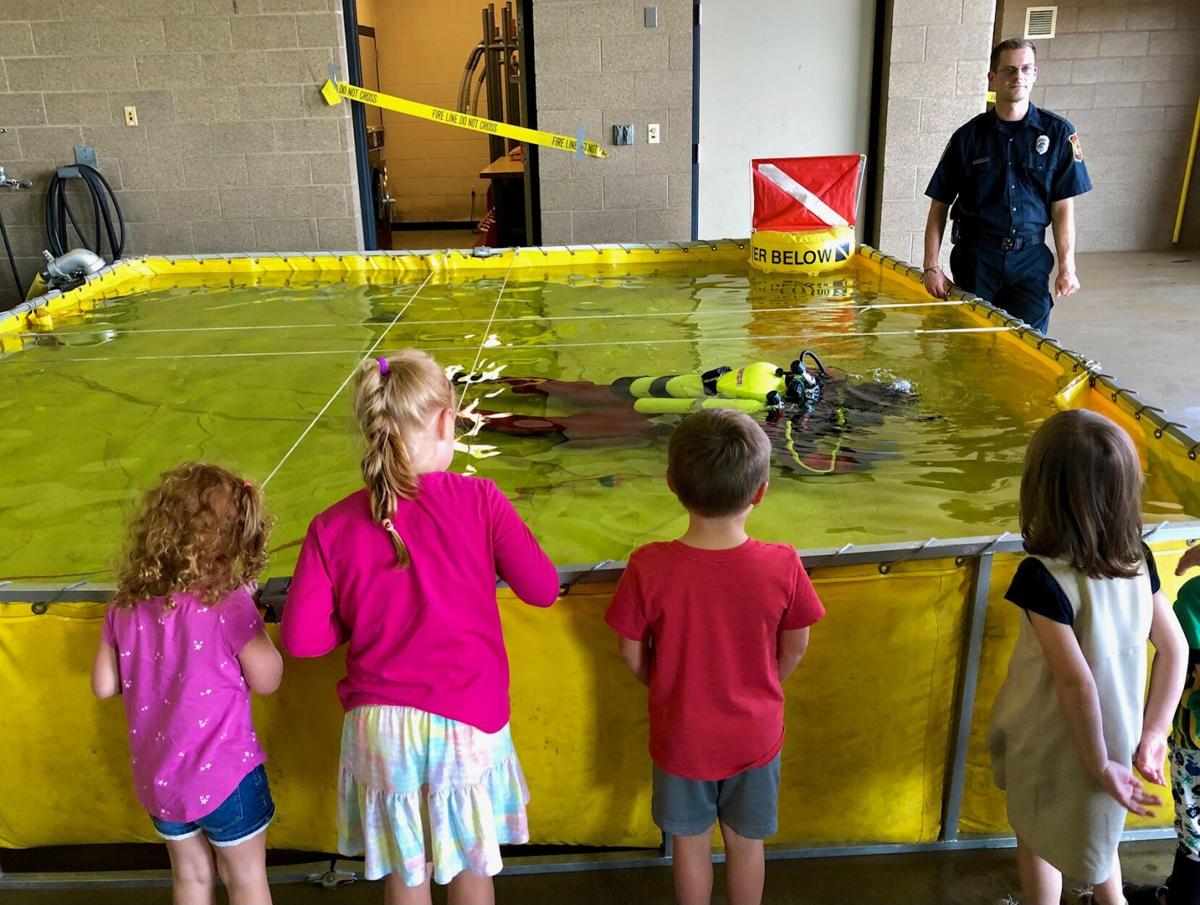 Children line up along the tank to watch a diver.

Kicking off National Fire Prevention Week, this year’s theme was “Learn the Sounds of Fire Safety” and looked to educate attendees about the significance of smoke and carbon monoxide alarms.

The fire department held multiple events for people of all ages.

Children participated in activities such as spraying a fire hose and rescuing stuffed teddy bears from a training room.

Fire truck tours were provided, and firefighters presented “Jaws of Life” vehicle extrication and vehicle fire demonstrations toward the end of the evening. In addition, the department showcased its new brush truck and all-terrain Kubota vehicle.

Beyond events, firefighters also served free meals throughout the evening for those attending.

Shakopee Fire Department captain Rob Indrebo said the department makes an effort to entertain and inform residents of all ages at its open houses.

“[The firefighters] love to show off what they do ... and they like to show the department off to people that aren’t normally around,” Indrebo said.

The Shakopee Fire Department has a long history with hosting open houses, going back as far as the 1950s. Indrebo has played an integral part in planning out every open house since he began working for the department 15 years ago.

Before Monday, the fire department’s most recent open house was in 2019, as 2020’s event was canceled due to the pandemic. Indrebo said finding a way to ensure this year’s would happen was a large priority.

After checking with the city and health department, the fire department decided in July to plan for this year’s open house.

Mayor Bill Mars said having open houses is important for establishing relationships between the department and Shakopee residents.

“Last year during COVID, we didn’t have one,” Mars said. “But to kick off Fire Prevention Week, it’s vitally important to make this connection with our residents ... it’s a great way to showcase our abilities as well as connect with the community.”

The fire department looks to highlight a specific team every year at its open house. This year, it chose to show off the dive team.

Consisting of around 20 members, the dive team was able to display its duties and equipment at the open house. A large tank was set up for people to stand around and watch members dive. Attendees could also directly speak with a diver under the water through a communications rope.

This year, the department invited Dem-Con to present at the open house. A waste and recycling management company, Dem-Con presented information on its Green Grades Education Program, an outreach program looking to teach the public how to responsibly recycle and dispose of waste.

With this year’s theme centered around smoke and carbon monoxide alarms, another large focus for Dem-Con was explaining how to safely dispose of lithium batteries found in these alarms.

Dem-Con’s education and marketing director Crystal McNally said presenting at the open house was a good opportunity to inform Shakopee residents and keep everyone involved with the disposal process safe.

“We’re here tonight at the fire department open house because we get batteries in our recycling bins, and those can cause fires ... they’re very dangerous to our workers and our facilities,” McNally said. “We want to make sure we get the word out.”

Indrebo and the department are looking ahead to next year’s open house, already planning out how they’re going to highlight the high rescue rope team.

He said continuing the open house tradition is important for bridging the gap between the department and residents of all ages going forward.

“Most people don’t get in behind the scenes, and this is once a year to come and look at your investment and be up close to the firefighters,” Indrebo said. “That intimate relationship is what we want ... this is one of the ways that we do it.”