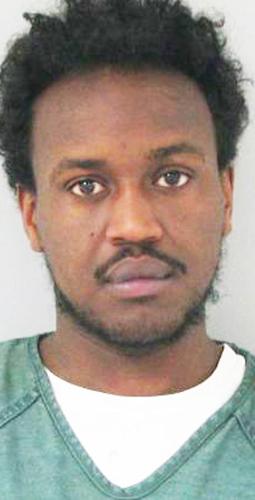 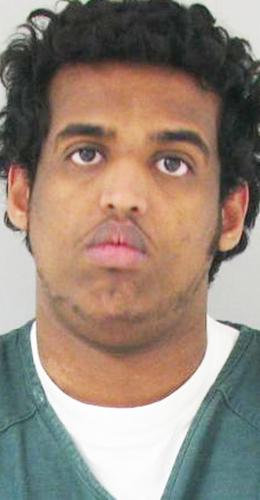 Two men have been charged in connection with a Craigslist cell phone sale turned attempted robbery that resulted in at least 14 rounds being fired outside of Shakopee’s Walmart store on Tuesday night last week.

Mohamed Mohamud Hassan, 21, of Eden Prairie and Abdimalik Ahmed Aden, 20, of Minneapolis, were each charged Friday in Scott County District Court in Shakopee with simple robbery and second-degree assault with a dangerous weapon. They remain in the Scott County Jail in lieu of $75,000 bail each.

The men were arrested Wednesday morning in Bloomington.

According to the court complaints filed against the men:

Police were called at 6:38 p.m. to a reported robbery at Walmart at 8101 Old Carriage Court in the Southbridge shopping area on the east side of the city. Dispatchers were told that the victim, who called police, had fired several rounds from a handgun and the suspects fled the scene.

The 42-year-old victim told police he was selling his cell phone in a transaction arranged through the social media site Craigslist and agreed to meet the buyer inside Walmart. The victim said he and the buyer walked out to the parking lot together when the man grabbed the victim’s phone and started running across the parking lot. The victim said he chased the man, who he said turned and pulled a black revolver from his waistband. The victim said he took cover behind a shopping cart holding area and drew his own firearm and began shooting at the suspect’s vehicle trying to hit the rear tire.

The victim told police said he believed he hit the vehicle. Police officers recovered 14 shell casings in the parking lot.

The would-be robber escaped in a vehicle described as a silver or gray Chevrolet Venture van.

Police reviewed store surveillance video and also obtained a warrant to track the cell phone used to contact the victim to arrange for the sale. Police tracked the phone to a Nissan Rogue.

On Wednesday morning, police stopped the vehicle in Bloomington and recovered the phone. The driver, a 19-year-old man, told police that the two other men in the Nissan were in the vehicle that had been shot at Tuesday night.

The driver of the Nissan said the defendants had contacted him the previous night, saying they had been robbed and shot at, and the man picked them up in Shakopee.

Aden admitted to police that he stole the cell phone from the victim at Walmart but denied having a gun on him at the time. Hassan declined to make a statement.

The victim had a permit to carrying the firearm, police said.