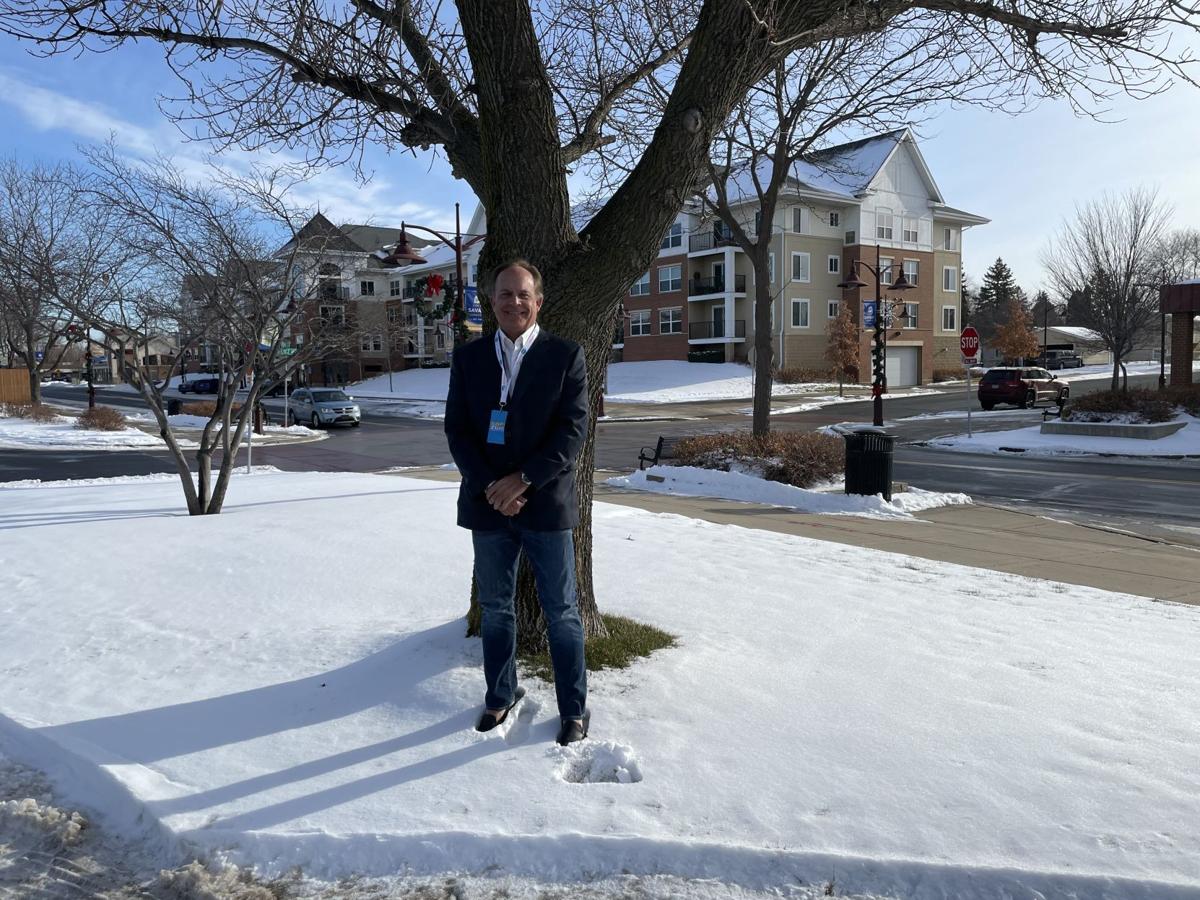 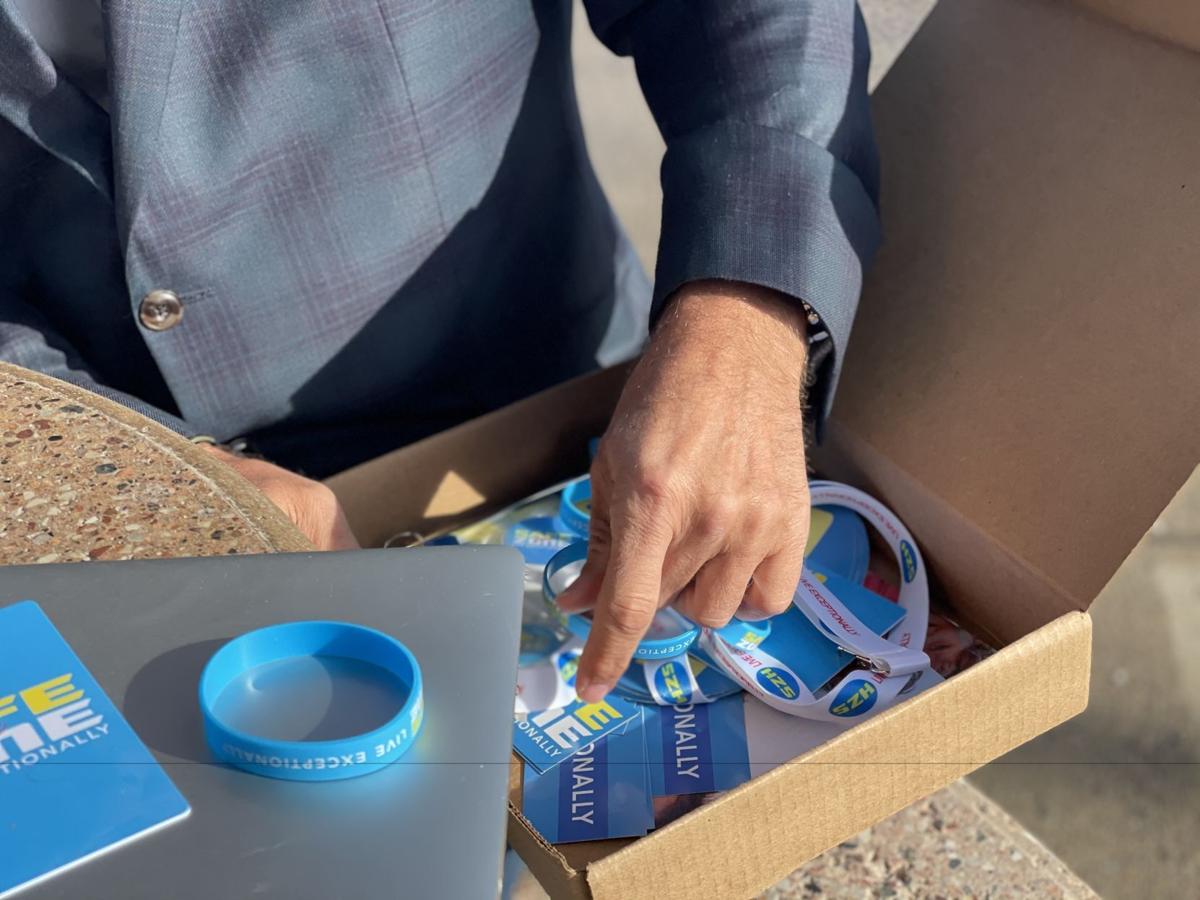 Mike Stout was a 14-year-old kid from a stereotypical small town in west Michigan with an everyone-knows-everyone culture.

When he left home for a week to attend an Eagle Scouts summer camp as an assistant scoutmaster, where the nearest telephone was miles away, Stout returned as a quieter and more subdued version of himself.

Stout never told his parents he’d been sexually assaulted by one of the scoutmasters, or leaders, on the trip. He didn’t know how to talk about sexual assault because it was never talked about.

“Lessons about sexual predation and how to respond were not taught in school, church, or Boy Scouts during the mid-70s, and especially (not) in conservative west Michigan,” Stout said.

So this year, Stout — a former longtime Prior Lake resident who recently moved to Eagan — decided to do something about it. He launched a campaign called SafeZone Here, which calls students and young adults to “live exceptionally” and raises awareness of bullying and sexual assault right where it starts: in youth groups, schools, churches, extracurriculars and sports. And although Stout plans to invest his own money into creating a nationwide campaign, two Shakopee High School students recently worked alongside him to help design its foundation.

Stout attended college at Michigan State University, where he started out with a degree in psychology because he knew he wanted to help people. But after having to confront the heaviness of his own story of abuse which he had kept a secret, and after hearing many other similar stories like his, he pivoted to business.

“It was too much,” Stout said.

And that’s coming from a man who paddled 5,000 miles by kayak over the course of the last five years.

Commentary: Logging over 5,000 miles in 5-years

After Stout graduated college, he went to a Boy Scouts Council office in Michigan to report the alleged abuse that had occurred years earlier. He came forward years later because he didn’t want his abuser to think he got away with what he did.

“I was surprised by the lack of surprise,” Stout said. “They told me it had happened more than seven years ago, so it was beyond the statute of limitations.”

The Boy Scouts of America said in a statement to the Valley News it is "outraged that there have been times when individuals took advantage of our program to abuse innocent children," adding the recent news that it filed for Chapter 11 bankruptcy to compensate victims who suffered abuse during their time in Scouting.

When Stout’s daughters were in grade school at Prior Lake, Stout was part of a committee among parents and staff to improve the quality of education for their children. He said the prevailing topic discussed among the parents was the presence of bullying, and the barriers it posed to providing an environment conducive to learning.

“They would tell me their kids would be shaking with anxiety before getting on the bus, because they didn't want to be bullied,” Stout said.

It was at that moment that it clicked for him: abuse, harassment and bullying happens everywhere; not just to him, isolated in a tent at Boy Scout summer camp.

A 2010 study by the Departments of Health and Education showed that 13% of Minnesota students reported being bullied at least once a week. And a 2014 study by the Center for Disease Control stated about 20% of students ages 12-18 experienced bullying nationwide.

Stout said it’s always bothered him that the initiatives to address bullying and harassment have overwhelmingly been campaigns pushing to change law and policies, instead of educating youth and stopping it at the source.

Although Stout has been busy running a marketing consulting business for the past 12 years, he said he felt it was time he shared his story of sexual abuse with his name attached, for the benefit of other survivors.

So this year, alongside two Shakopee High School students, Stout is debuting a campaign called SafeZone Here, and he’s using his story as a launching pad.

The campaign’s mission is to raise awareness of the prevalence of both bullying and sexual abuse, and to create safe places where youth and young adults can thrive without worry or fear. SafeZone Here will also offer programming and merchandise centered around its slogan, “Live Exceptionally,” to create environments in which talking about bullying and sexual abuse becomes more normal.

The campaign will start and end with the youth — a sort of trickle-down effect that Stout hopes will make the campaign’s slogan, “live exceptionally,” appear on bracelets and popsockets across the country.

But every campaign has to launch somewhere, and this one began at Shakopee High School.

Shakopee High School seniors Manasa Valluru and Jeryn Peihl, who belong to the creative media strand of the Shakopee Center for Advanced Professional Studies, or CAPS program, joined forces with Stout after they heard about his mission.

The CAPS program allows students interested in health care creative media, engineering or business to be immersed in real-world, authentic experiences, where they interact with people in the field and work with business partners to help with projects in the community.

Rachel Paulson, who oversees the creative media strand of the CAPS program, said the partnership between her students and Stout was mutually beneficial for everyone involved, and was just another example of how valuable it is to expose students to vocational experiences in high school.

Valluru and Peihl, who are interested in design, worked on helping Stout create SafeZone merchandise: popsockets, stickers, bracelets and baseball hats were just some of the materials Stout pulled out of his cardboard box labeled “SafeZone Here” during an interview Jan. 5.

The vision is for that merchandise to eventually be sold through fundraisers, which would both raise awareness for anti-harassment and bullying and help local organizations raise money. Valluru and Peihl not only helped with the design, but gave Stout feedback to help create merchandise and a marketing plan that would resonate with other students.

“I have a passion for design as well as fighting for social change,” Valluru said in a statement. “When I learned about this project and the story behind it, I knew I couldn't pass the opportunity to work on something that could leave such a huge, positive impact on our community.”

Paulson said other students of hers are working on six other projects with outside partners, from St. Francis Regional Medical Center to the Scott County Historical Society to Scott County Public Health. At the end of the semester, students are able to interview for internships.

“The hope is that the projects they’re working on this quarter will help prepare them for independent or individual internships,” Paulson said.

Peihl told the Valley News in an interview that he wanted to play a role in providing messaging about how bullying and harassment still does exist.

“I think it’ll help people recognize the fact that bullying is still around and that there’s always going to be someone there to help you talk about it,” he said.

And whether it was intentional or not, the process of launching a campaign to “live exceptionally” helped put two Shakopee students on their way to doing just that.

“The greatest value I see that comes out of this program is confidence,” Paulson said. “I see students really grow in their confidence and their comfort level in talking to other people, specifically adults, and I feel like the program gives students some leverage in the real world once they get to that point.”