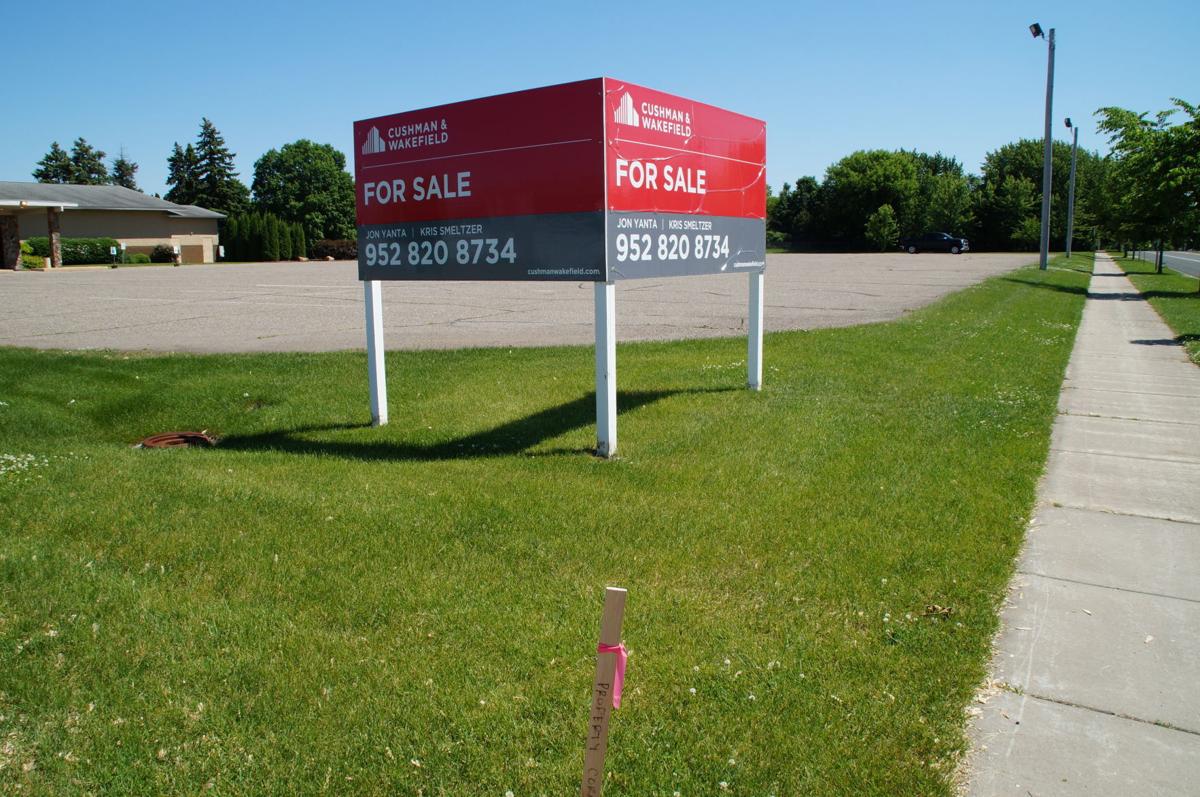 The Shakopee City Council approved a planned unit development June 2 to allow Prairie Pointe, a 46-unit supportive housing complex, to be built at the current site of Knights of Columbus Hall, 1760 4th Ave. E. Neighbors were strongly opposed, while many community and faith leaders voiced support over the project. 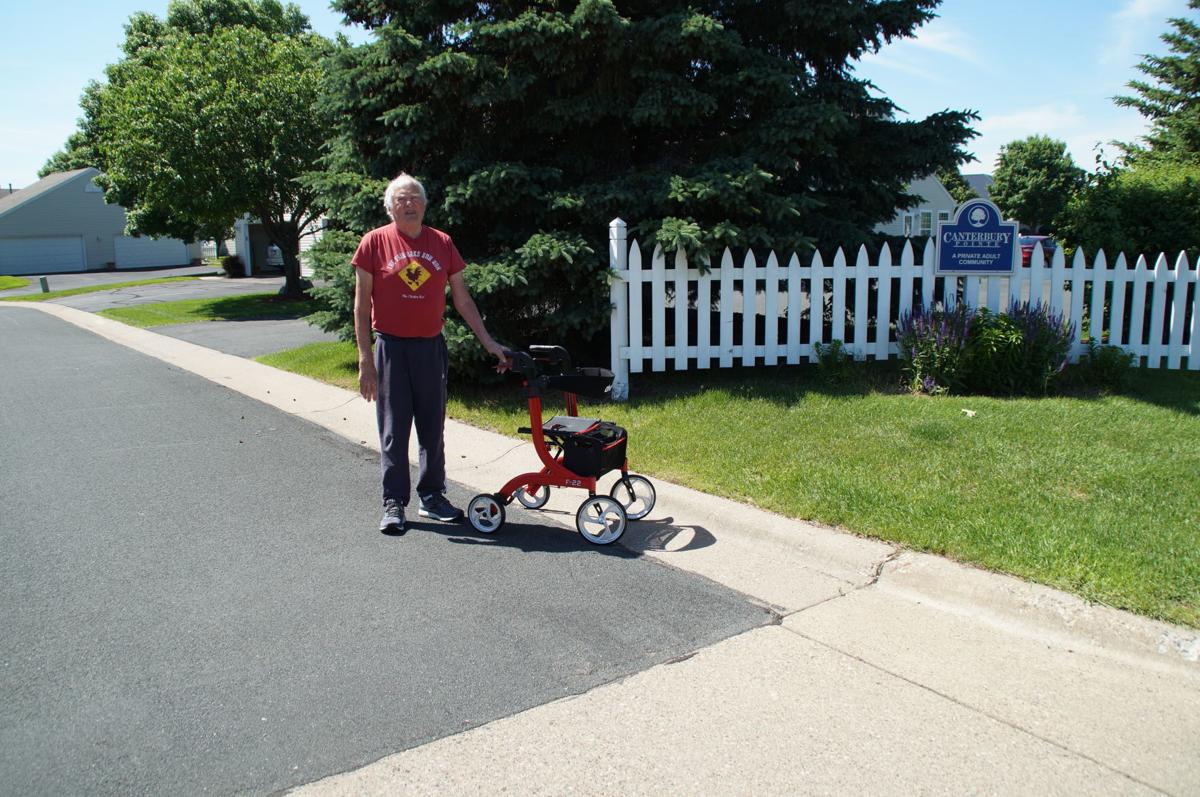 Garry Blatzheim, a resident of Canterbury Pointe development, said he and six other residents pitched in to pay an attorney $1,500 to fight the City Council on building a supportive housing complex directly across from their condos. Blatzheim and his neighbors are concerned about traffic, safety and lowered property values.

The Shakopee City Council approved a planned unit development June 2 to allow Prairie Pointe, a 46-unit supportive housing complex, to be built at the current site of Knights of Columbus Hall, 1760 4th Ave. E. Neighbors were strongly opposed, while many community and faith leaders voiced support over the project.

Garry Blatzheim, a resident of Canterbury Pointe development, said he and six other residents pitched in to pay an attorney $1,500 to fight the City Council on building a supportive housing complex directly across from their condos. Blatzheim and his neighbors are concerned about traffic, safety and lowered property values.

More than two dozen people packed into the lobby outside of the Shakopee City Council chambers Tuesday, many wearing masks, and waited nearly three hours as the city council made its way through a hefty agenda. The group came to either show support or opposition for the construction of a housing project that would reach families who are chronically homeless.

Neighbors of the proposed building largely opposed the project, which they said could reduce their property values, obstruct their view, create traffic issues and clog parking in the area. They also voiced frustration that they were never given the opportunity to sit down with Beacon Interfaith Housing Collaborative, the organization developing the project, to ask questions and discuss concerns.

A Beacon representative said at the meeting that he’d made several attempts to hold a neighborhood meeting, but all of them fell through due to social distancing guidelines related to COVID-19.

Shakopee City Administrator Bill Reynolds said he was “exceptionally disappointed” that the developer didn’t hold the neighborhood meetings. Shakopee Mayor Bill Mars said despite not having an in-person meeting, proper notice was given to neighbors within 500 feet of the proposed building.

Residents of Prairie Pointe, which will consist of units with up to three bedrooms, would consist of people who earn 30% of the area median income or less. The anticipated residents of this development would be single-parent families and families who are homeless or on the verge of homelessness. The facility would offer homework help for students and guidance for adults, and — while the building does not have a time limit for tenants, Beacon said most tenants in other supportive housing units across the state get back on their feet after two to three years and choose to move.

According to its preliminary plans outlined in December, Prairie Pointe would be funded privately and through donations, and would also seek around $1.5 million from Scott and Carver counties.

Beacon said in its memo it chose to pursue development at this particular location because it’s in close proximity to employers like Amazon, MyPillow, RTL Construction and others in Valley Green Industrial Park. The site also has easy access to the Minnesota Valley Transit Authority bus route, the memo said.

“Too many families in this community have had to wait too long already for a home they can afford," Beacon Director of Housing Development Chris Dettling said. "Beacon is grateful for the council’s support of Prairie Pointe, and more importantly their support for the families who will get to live there. We look forward to continuing to be good neighbors and good partners in Shakopee.”

A May 7 planning commission meeting lasted four hours after neighbors of the proposed Prairie Pointe building came forward with many of the same concerns voiced at the city council meeting. Beacon representatives and other supportive housing advocates also voiced their support for the building, pleading with the neighbors to understand the urgency of homelessness in Scott County and urging them to consider the benefits of such a building in their neighborhood.

“The residents of this senior living facility wanted to find a nice, quiet place to live. They have concerns over this development,” Nick Henry, an attorney representing a senior living community called Canterbury Pointe, which is across the street from where Prairie Pointe will be built, said at the council meeting.

Garry Blatzheim, a resident of Canterbury Pointe, said he and six other residents pitched in to pay Henry $1,500 to fight the council on building the complex across from their development, which proved unsuccessful June 2.

Several of the neighboring residents said they didn’t want their property values to deteriorate after the supportive housing building is constructed. Blatzheim and other neighbors added they were concerned about the location of the building, and whether it was the right spot for children who would likely want to run outside and play. Blatzheim said he's mostly concerned about the safety of the kids near busier traffic.

Beacon representatives said there would be a fenced-in playground outside the building for the children, and added that living in a supportive housing facility was safer than sleeping in a car.

City staff said residents should not worry about their property values going down, citing several other projects in Shakopee that have stirred controversy, for the same reason, to no property value effect. Other community faith leaders stepped forward at the city council meeting to plead with residents to “do the right thing,” even if that did mean having to sacrificing something.

Jerry Hennen, who used to serve on the Scott County Board of Commissioners said housing for those experiencing homelessness is a need in Shakopee, and said Prairie Pointe could save taxpayers money. He said in the winter, the jail is often the only shelter for individuals who don’t have homes to sleep in, so taxpayers are paying for those individuals to spend the night in jail.

“And I was on the county board for eight years… I have yet to see one piece of property go down because of what’s built in our neighborhood,” Hennen said. “I used to live next to the prison. Nobody’s value went down. Everybody’s house gets sold.”

Councilmember Matt Lehman cast the only dissenting vote on the issue, expressing frustration in the process the developer took to bypass in-person community meetings with the neighbors.

The current zoning of the property is designated for commercial uses like restaurants, retail and service businesses, offices, vehicle repair or mixed use developments.

Mars said because the area is already zoned for a development such as Prairie Pointe, he’s not sure why the neighbors are so upset.

Councilmember Jay Whiting said one of the council's goals is to create housing for everybody in the community, of all income levels and ages, and that this development helps the city achieve that goal.

Councilmember Jody Brennan said last winter, she was struck with the realization that homelessness exists in Shakopee when she was helping a girl in need shop for Christmas presents during Shop with a Cop.

“I said, ‘Oh, you can take this to your home and hang it up in your bedroom.’ And she said, ‘I don’t have a bedroom,’” Brennan said at the council meeting. “So I think this is a great opportunity to make changes in this girl’s life.”

Councilmember Angelica Contreras said in an interview with the Valley News that the opposition to this issue is a case of not-in-my-backyard-ism.

“So now we’re going to tell them where they should live?” she said of the families in Shakopee who are experiencing homelessness. “Where are they going to go?”