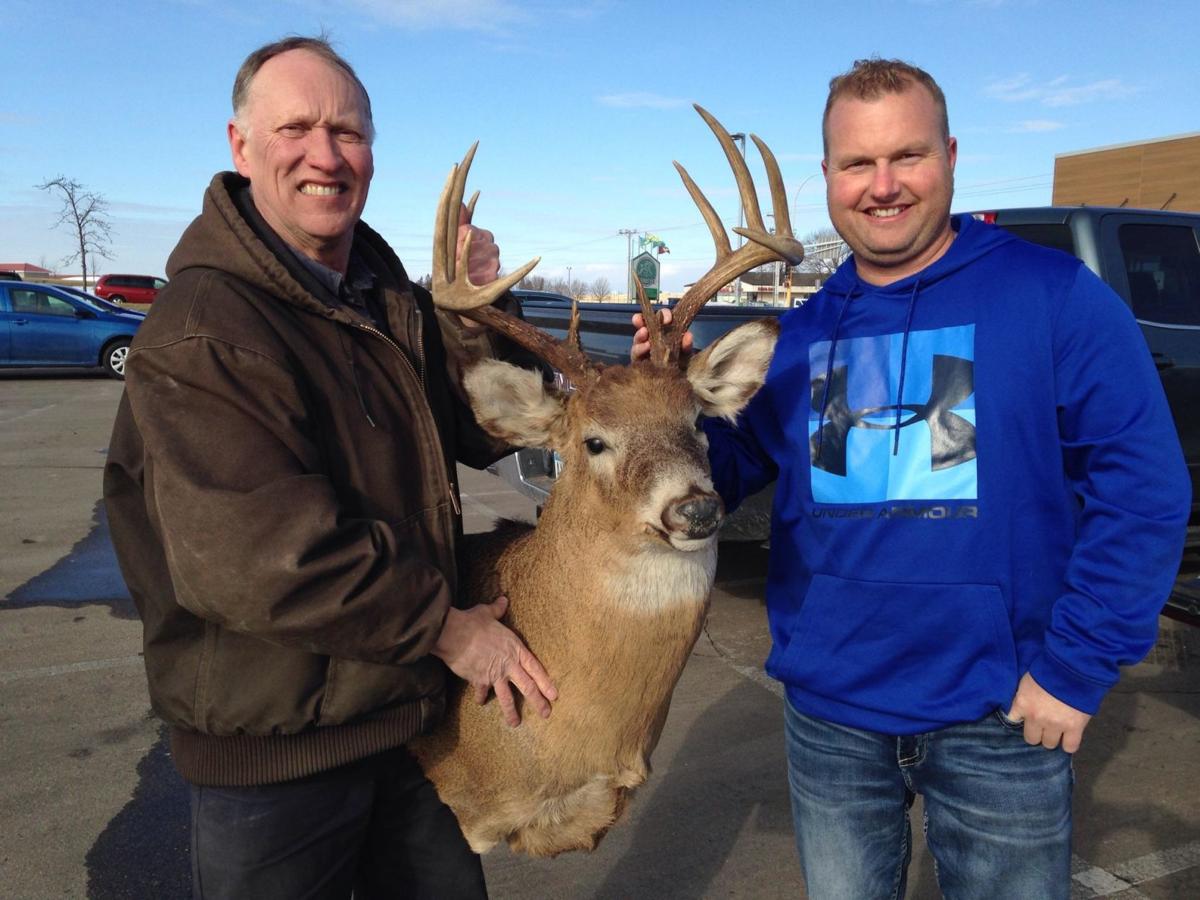 Shakopee resident Michael Dropps lost his deer head six months ago after his apartment building started on fire. On Feb. 26, the man who found the deer head and picked it up off the street saw Dropps’ classified ad in the paper and returned it to him. 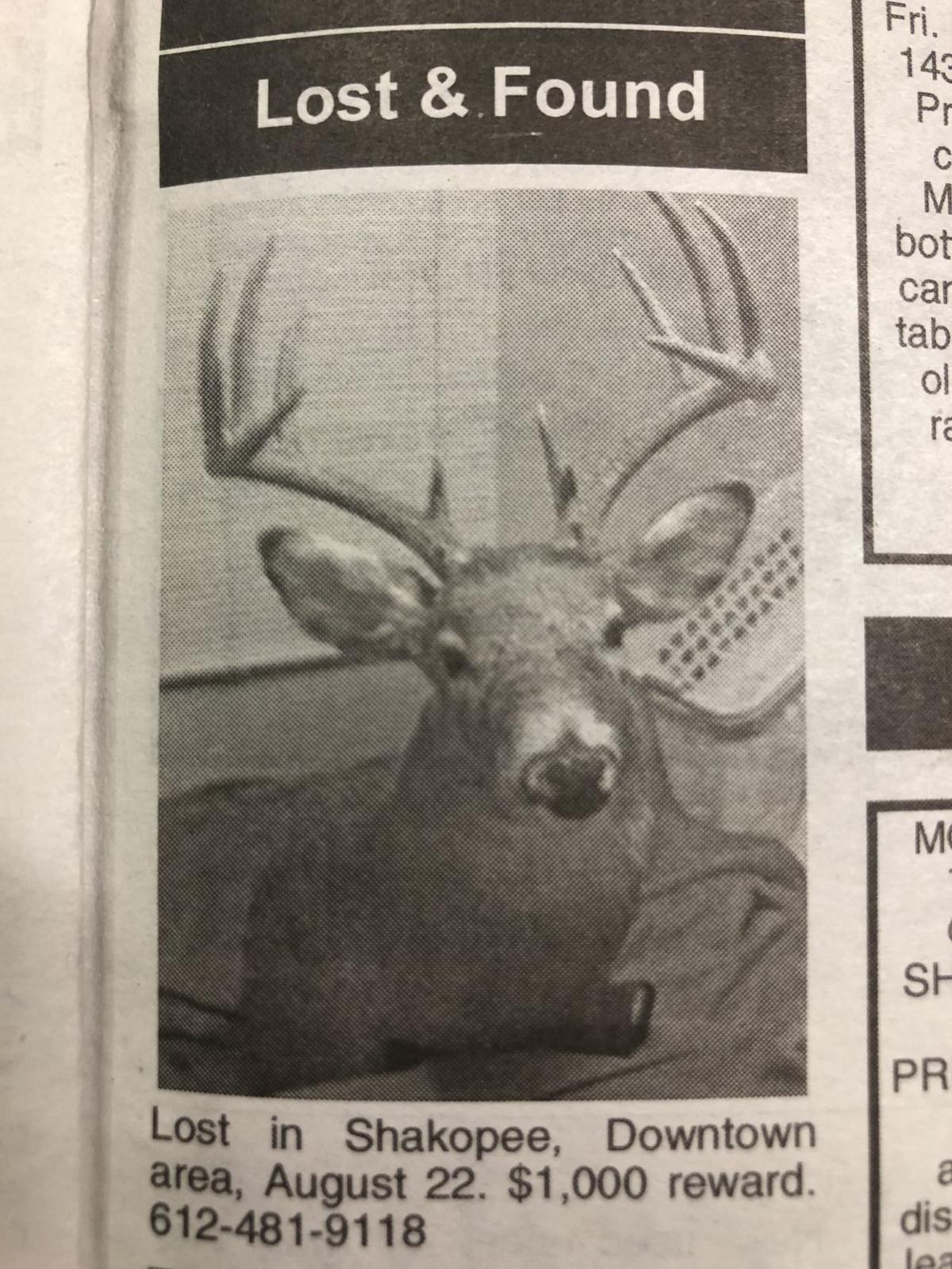 A photograph of the classified ad placed by Shakopee resident Michael Dropps.

Shakopee resident Michael Dropps lost his deer head six months ago after his apartment building started on fire. On Feb. 26, the man who found the deer head and picked it up off the street saw Dropps’ classified ad in the paper and returned it to him.

A photograph of the classified ad placed by Shakopee resident Michael Dropps.

When Shakopee resident Michael Dropps opened his bedroom door the morning of Aug. 22, 2019 after he heard fire alarms sounding, the room was full of smoke. Dropps took his cat and fled the building, while most of his possessions were destroyed.

When the fire was put out, someone from the Shakopee Fire Department told Dropps it was safe to grab some of his belongings from the apartment.

The first thing he grabbed was a 10-point mounted buck from his wall — his most prized possession. Dropps shot the deer in 2006 where he grew up in Hill City. His father and uncle, who have both since died, were beside him when he shot it.

In a rush to get the rest of his belongings out of his apartment, Dropps set the deer head on the tailgate of his truck and went back into the building. A few minutes later, he forgot the deer head was on his tailgate when he drove around the corner to get closer to the entrance of his building. Dropps quickly circled back around to recover the deer head.

“I guess the odds are pretty low that I’ll ever get it back,” he told the Valley News last month. “But I’m going to keep trying.”

Since then, Dropps has taken out a classifieds ad in the Shakopee Valley News (and six of the paper's sister newspapers) offering a $1,000 reward for anyone who returned the deer to him. He also posted flyers throughout downtown Shakopee advertising the reward.

“I have a hunch the deer is still in the area,” Dropps said in January.

After apartment fire, someone took this Shakopee man's deer mount. He'll pay $1,000 to get it back

Dropps received so many prank calls from his advertisements, he purchased a burner phone specifically for lost deer head calls.

On Feb. 26, Dropps received a phone call that turned out not to be a prank. It was from a Prior Lake man named Jacob Bradley. He told Dropps he thought he had his deer head — and he didn’t want the reward money for it.

Bradley then explained to Dropps that on Aug. 22, he was driving to Scott County Administration to pick up a permit when he noticed deer horns lying in the middle of the street.

“I’m an avid hunter, so I know what it would feel like to lose something like that,” Bradley said.

Bradley said he assumed whomever lost the deer head was close by. So he stopped his truck, picked up the deer head and went to the next intersection to try to find its owner. But there was nobody around. By then, Dropps had already circled back and was retracing his path, but didn't realize Bradley was in the area looking for its owner.

“I didn’t know what to do,” Bradley said, “and I live on the other side of Prior Lake, still just on the border of Dakota and Scott County. “So the only way I found it was because we got a complimentary paper this last weekend from the Prior Lake American.”

Bradley saw Dropp’s advertisement in the newspaper and knew he needed to call the number listed.

“I thought, ‘no way, that’s got to be the deer,’” Bradley said. “Obviously persistence paid off because if it wasn’t in the Prior Lake American I wouldn’t have known anything about it.”

Bradley said he later put two-and-two together why the deer head smelled like smoke when he picked it up from the side of the road. When he took it home to store in his garage, he cleaned it up, because part of it was charred.