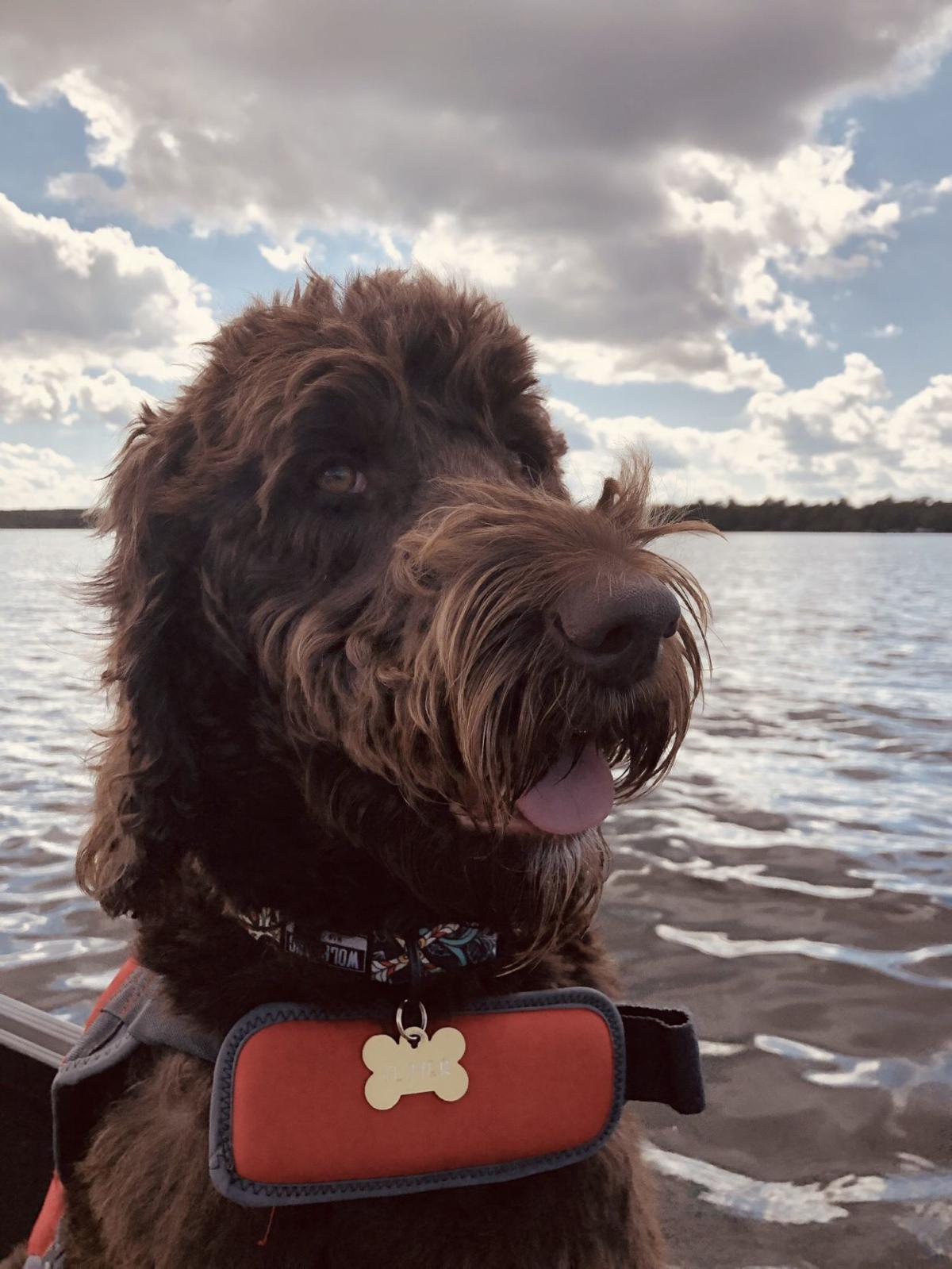 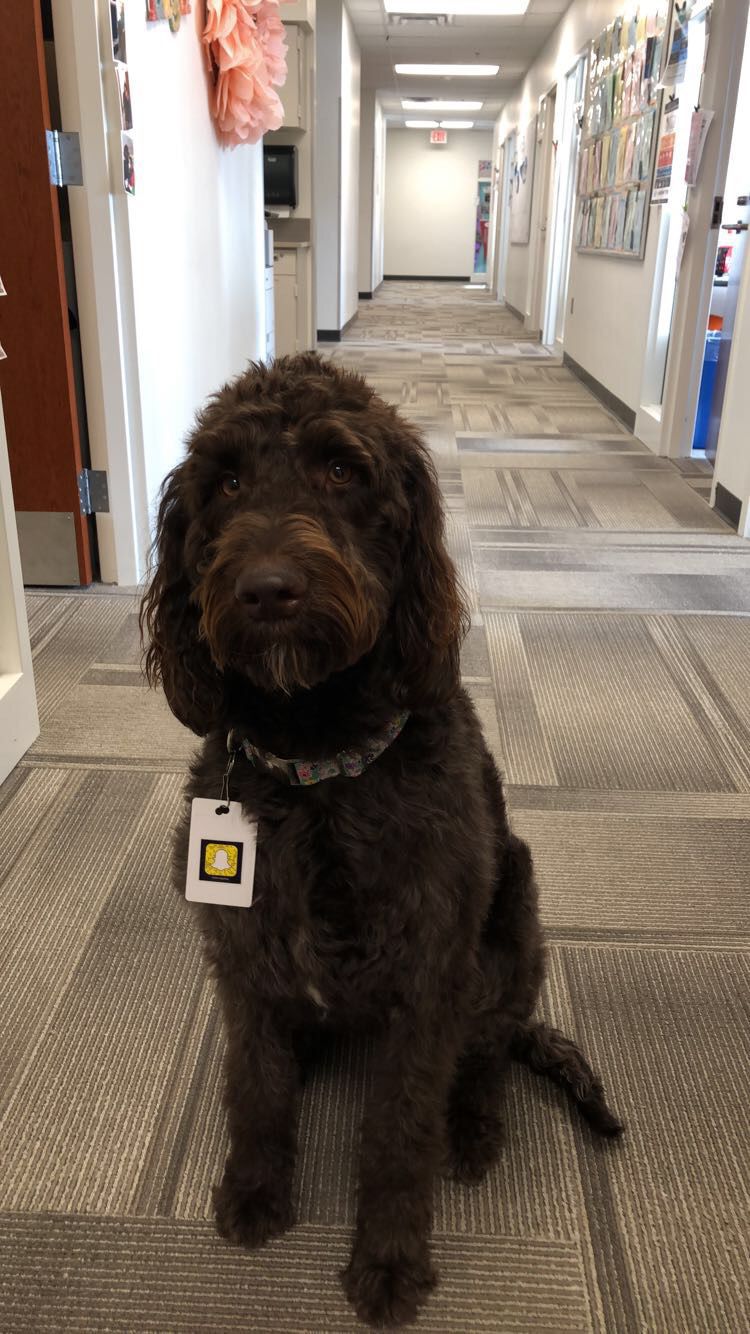 Clover the therapy dog at Shakopee High School during the 2018-2019 school year. On her collar is a SnapChat code so students can follow her account.

Clover the therapy dog at Shakopee High School during the 2018-2019 school year. On her collar is a SnapChat code so students can follow her account.

Some Shakopee students must find new ways to cope with their mental health concerns since their favorite therapist, who doubles as a canine, isn’t allowed at the high school due to a new approval process related to therapy animals in the school.

In an age when social media, headphone music and digital communication takes up most of a high school student’s oxygen, educators, parents and students have started to get creative in finding ways to help students catch a few seconds to breathe. One of those ways is through therapy dogs. So in November 2018, Lisa Gruetzmacher, the Shakopee High School special education secretary, introduced Clover, a registered therapy dog.

Ever since then, the 2-year-old Labradoodle trotted into Shakopee High School every day with Gruetzmacher. From the minute Clover arrived until the time she left, she would cuddle, high-five, kiss and — sometimes — hug students who needed help with their day, some students said. She even had a SnapChat account, run by Gruetzmacher, so students could keep tabs on Clover.

Clover resided in a closed-off room on the second floor of the building. The mouse-in-a-box toy was a fan favorite, when a mouse would pop out from a box and Clover would leap and jump on it.

Kourtney Vizenor, a senior at the high school, would visit Clover once or twice a week after a stressful test or in the midst of a bad day. Vizenor said teachers at the high school would encourage students to visit the therapy dog if they needed to take a mental or emotional break, because when the students returned to class, they were able to better focus on their work.

Now, she says, she tries to cope with her anxiety by listening to music in the hallway. But it’s not the same.

“People don’t always understand you, but with Clover, it felt like someone was there to listen to you,” she said.

On a given day, anywhere from 20 to 30 students would stop by to visit Clover, Makayla Divine, one of the dog’s frequent visitors, said.

Clover’s SnapChat account let the students know when she’d be “off duty” so students would be prepared when she didn’t come into school. Posters announcing Clover’s availability were all over the school, Vizenor said, but she was “available pretty much all the time, every day.”

Starting this year, district administration told Gruetzmacher that, because of the increasing number of staff members interested in bringing their dogs to work, she and Clover needed to go through an approval process that showed the therapy dog would be at the high school for an educational purpose. Most students found out about Clover’s absence on SnapChat.

In Clover’s absence, an online petition was created to “Have Clover stay at the high school” and, so far, it has more than 1,100 signatures. Parents and students on social media vied for Clover’s comeback, citing emotional and mental health benefits to students who live in an age filled with anxiety and fear.

The Americans with Disabilities Act notes that therapy dogs are seldom allowed to accompany students at public schools. Its website states, “the ADA does not contemplate the use of animals other than those meeting the definition of ‘service animal.’”

A statement from the school district said Shakopee schools strongly supports full-time service animals that are part of a reasonable accommodation under the ADA. Since Clover is a therapy dog and not a service animal, Clover must go through the federally-mandated approval process with Human Resources before she is allowed to come back to school.

“Because of the growing number of people wanting to bring their pets to work, if we allow it for one person, then this could become a larger issue,” district spokesperson Ashley McCray said. “This is something that has been growing not only in Shakopee, but nationally.”

According to the statement, the Shakopee district has a separate review and approval process for educational programs that involve therapy dogs, with guidelines for when the animals may be present.

“While the use of therapy animals offers emotional benefits, the district must take other implications into consideration such as the health and safety of the whole staff and student body including, but not limited to possible anxiety and allergies associated with animals,” the statement said.

The school district’s human resources department is working with Gruetzmacher and high school administration to determine how to proceed under the district’s current practice, and the district said it wants to do “everything possible to maintain a positive learning environment for staff and students in all of the district’s buildings, and understands therapy/emotional support animals could be a part of that.”

Two years ago, Shakopee High School students in the Center for Advanced Professional Studies Healthcare & Medicine program created a lineup of resources and activities students could use to de-stress during the day. “Saber Pause” is one of the most popular installments, when therapy dogs, glitter jars, stress balls and a yoga session fill the high school’s community room six times a year. Students are required to sign up in advance if they want to pet a therapy dog.

The Saber Pause therapy dog sessions, which are accompanied by other stress-relieving activities, are allowed in the high school because they serve an educational purpose, McCray said. The program itself was started by Shakopee students studying ways to create a relaxing environment for students.

But students say Saber Pause isn’t the same as a visitation with Clover, because the dogs don’t know the students like Clover does, and since students have to sign up for time slots, the dogs aren’t as readily available as Clover.

Students like Vizenor and Divine who went to Clover throughout the day considered him an extension of the high school staff — more like a therapist than a pet. Clover’s head shot was even included in the 2018/19 yearbook next to Gruetzmacher’s staff photo.

Divine said Clover was different than any other pet, because she was trained to help the students.

“Some teachers know your face. But to Clover, you’re a friend. She’s super excited to see you,” Divine said.

“Because of the growing number of people wanting to bring their pets to work, if we allow it for one person, then this could become a larger issue."