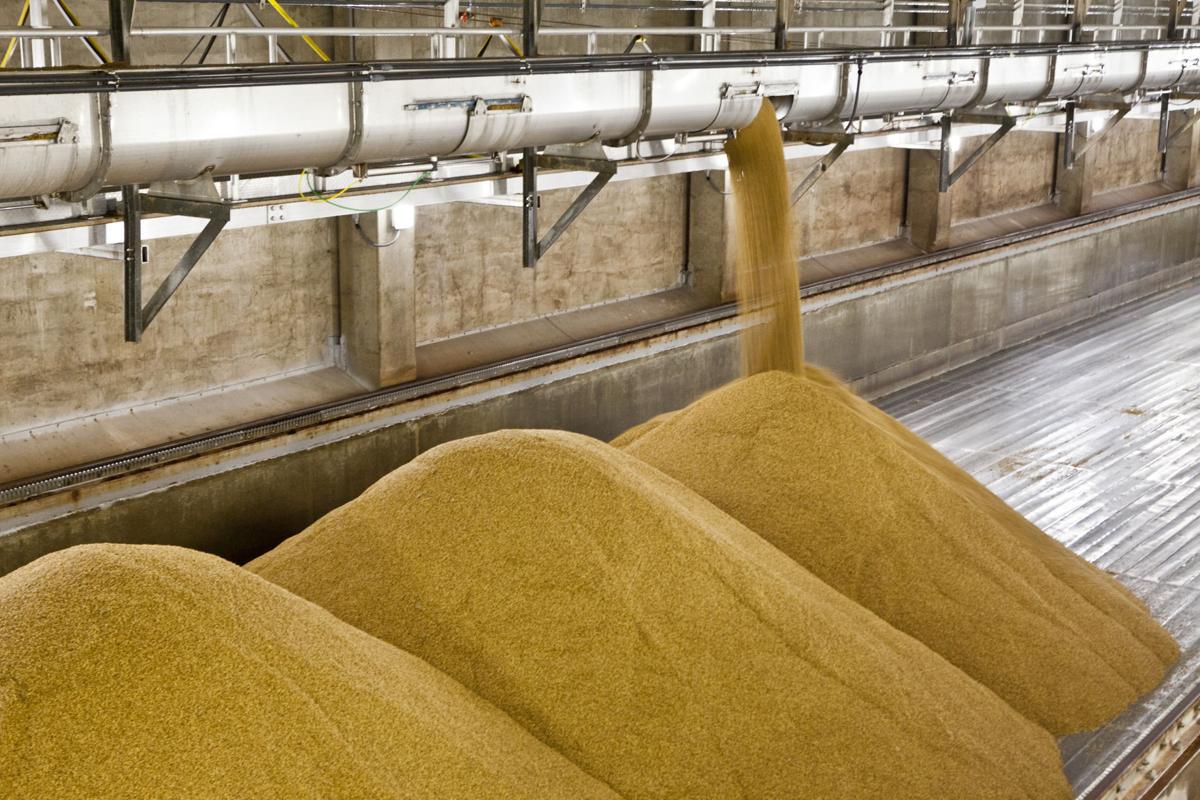 At Rahr Corporation’s headquarters in Shakopee, cutting-edge technology germinates barley into malt, which is used in most Minnesota beers. The facility has grown exponentially since it first planted its roots in Shakopee nearly 90 years ago. 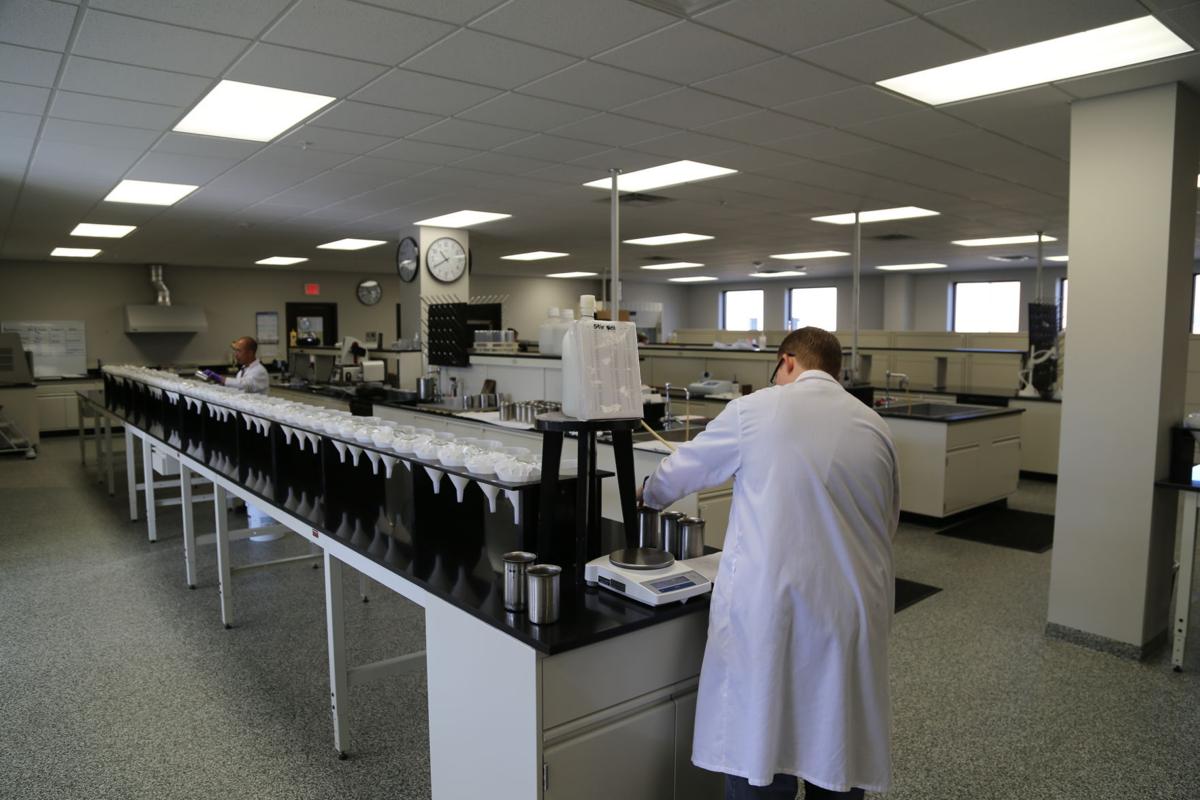 Rahr Malting in Shakopee is complete with a research center and brewery, where scientists test different kinds of beer created by its malt. 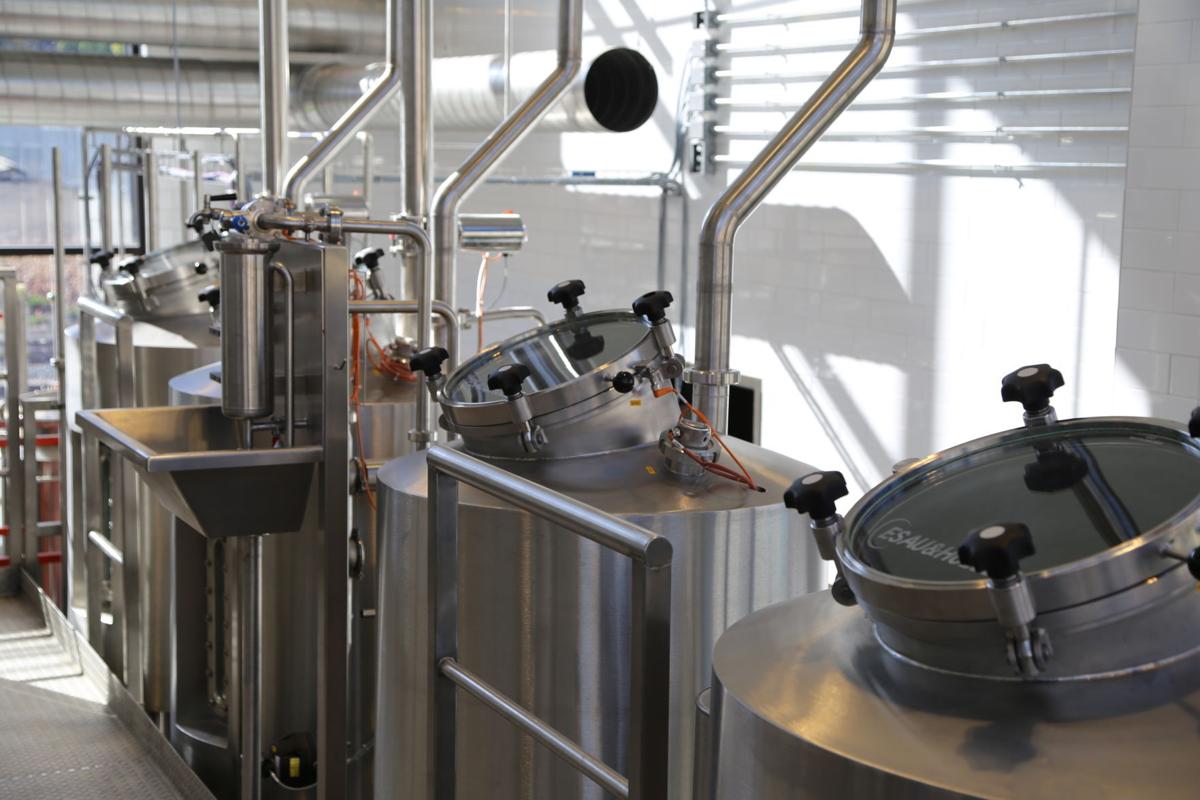 At Rahr Corporation’s headquarters in Shakopee, cutting-edge technology germinates barley into malt, which is used in most Minnesota beers. The facility has grown exponentially since it first planted its roots in Shakopee nearly 90 years ago.

Rahr Malting in Shakopee is complete with a research center and brewery, where scientists test different kinds of beer created by its malt.

When you drive by the massive Rahr Corporation plant on the northwest edge of Shakopee, you may think you’ve hit the end of suburban development. The five-by-two-block campus looks like a grain elevator — seemingly out of place with the downtown shops, apartments and restaurants just down the street.

But for those familiar with the industry, the Shakopee malting facility is the epitome of development.

Rahr, which planted roots in Shakopee in 1935, has grown into a global powerhouse, with six state-of-the-art malthouses that germinate barley into the malt that’s likely found on the ingredients list of beers in your refrigerator.

Rahr’s headquarters might as well be the Silicon Valley of malting.

“A lot of people think malting is commodity-driven,” Jesse Theis, COO emeritus of Rahr Malting said. “But I do believe if you want to be in malting and be on the cutting edge of technology, you want to work for Rahr Malting Company.”

“The bulk of what goes into beer is malt,” said Rahr Vice President of Marketing Jake Keeler.

Hops and water are the only other staple ingredients also found in beer.

The entire process of creating the malt requires complicated machinery and science. Throughout the past 85 years, Rahr has proven itself one of the leaders in malt creation and innovation.

Its Shakopee headquarters have six malthouses, each complete with full-time brewers and a host of brewing scientists who work in a lab brewery and research center.

“There’s probably a good chance that every brewery in Minnesota has some Rahr malt in it,” Keeler said.

Shakopee’s Rahr Malting was founded in 1847 as a brewery in Manitowoc, Wisconsin.

When the malting headquarters moved to Shakopee in 1935, there was one malt house. And that was in the middle of the depression, said Theis, who started out at Rahr nearly 40 years ago.

“I remember the oldest employees from when I started telling me the lines to apply for jobs extended from our facility in Shakopee all the way to the bridge on Holmes Street,” Theis said.

Some of Rahr’s very first employees were Shakopee construction workers who built the original site and were able to secure production jobs at the plant. The plant was built on the backs of local community members.

Now, there are six malt houses and 301 employees.

In the early 2000s, there became a demand for malt from smaller brewers, Keeler said.

Rahr realized it needed a distribution arm to bag up the malts and offer something for smaller brewers. That’s where Brewers Supply Group started.

“That’s been the growth engine to the corporation,” Keeler said.

A sixth malt house built in 2016 increased the annual malting capacity at Rahr from 390,000 to 460,000 metric tons — enough to brew about 12 billion 12-ounce cans of light beer, or six billion bottles of craft beer. At the time, that made Rahr headquarters in Shakopee the largest-capacity malting facility in the world. Theis said at full capacity, the facility is still among the top two.

“To think that within this facility we have the ability to be one of the largest production sites in the world is pretty incredible,” Theis said.

In addition to being the largest, the plant is considered among the most innovative. It produces its own renewable electrical and thermal heat through Koda Energy, and it has its own wells and water treatment facilities.

“So we can really operate autonomously, but we’ve also been a vital part of the growth of Shakopee.”

Theis, who began his career with Rahr as a University of Minnesota graduate nearly 40 years ago, climbed up the ranks from a production supervisor to the COO of the entire corporation. The coolest thing about starting and finishing his career in Shakopee, Theis said, is that he is Shakopee born-and-raised.

“Imagine growing up here, going to high school here, and then getting to be in a position like this and getting to be a part of the growth of this company and this community,” Theis said. “That’s what’s really neat.”

The fondness of the Shakopee community isn’t just a sentiment shared among a handful of employees. Theis said though Rahr is a global industry leader, many of its employees are Shakopee-based.

Theis has served on the Shakopee Chamber of Commerce board of directors, has been involved with the Shakopee Academies and was heavily involved in the construction of Shakopee Area Catholic School. He said many employees headed up Scott County 4-H. And the company has a close relationship with the Community Action Partnership of Scott, Carver and Dakota Counties.

Employees have rallied together to fix up local homes for residents who couldn’t afford repairs through what used to be called Christmas in May.

“Rahr Malting sponsored a house, and we’d get the toughest, most challenging project, and we’d go there with 40 or 50 employees to do things like plumbing and roof repair,” Theis said. “Those kinds of things, for me … I feel blessed to be an employee of a company that takes the view of community involvement.”

The pandemic impact on bars and restaurants created a ripple effect that also affected malt manufacturers and suppliers such as Rahr Corporation and BSG.

“When all the closures came into effect, that affected restaurants, bars, sporting venues, concert venues … all the beer disappeared overnight for the sales of that beer,” Keeler said. “That channel pretty much dried up overnight and stayed that way for pretty much three to four months.”

Beer sales shifted to grocery store and liquor store sales, which helped Rahr with sales — although the company did have to lay off workers. Keeler said he did not want to comment on the number of employees laid off due to COVID-19, but he said Rahr’s sales have trended slightly better than brewery sales because of liquor store sales.

“The concepts of consistency and reliability became amplified during COVID. So being a company that’s been around during the last 70 years and having gone through the last pandemic, and prohibition, gives us that sort of stability, and I think our customers appreciated that,” Keeler said.

"...I do believe if you want to be in malting and be on the cutting edge of technology, you want to work for Rahr Malting Company.”