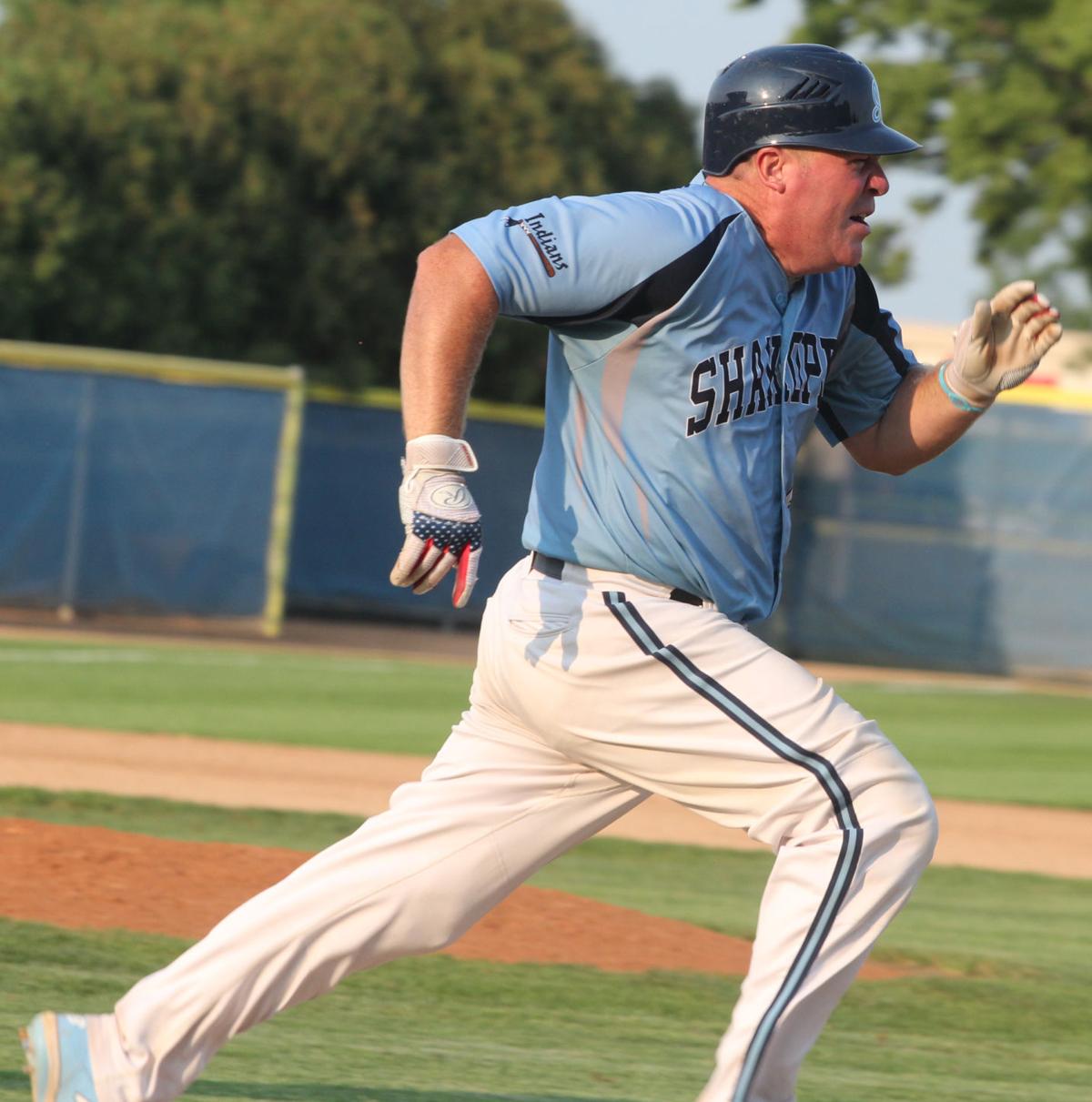 Forty-one years old and still beating out a bunt for a single in a recent Shakopee 10-3 win over Chaska for Aaron Olson. 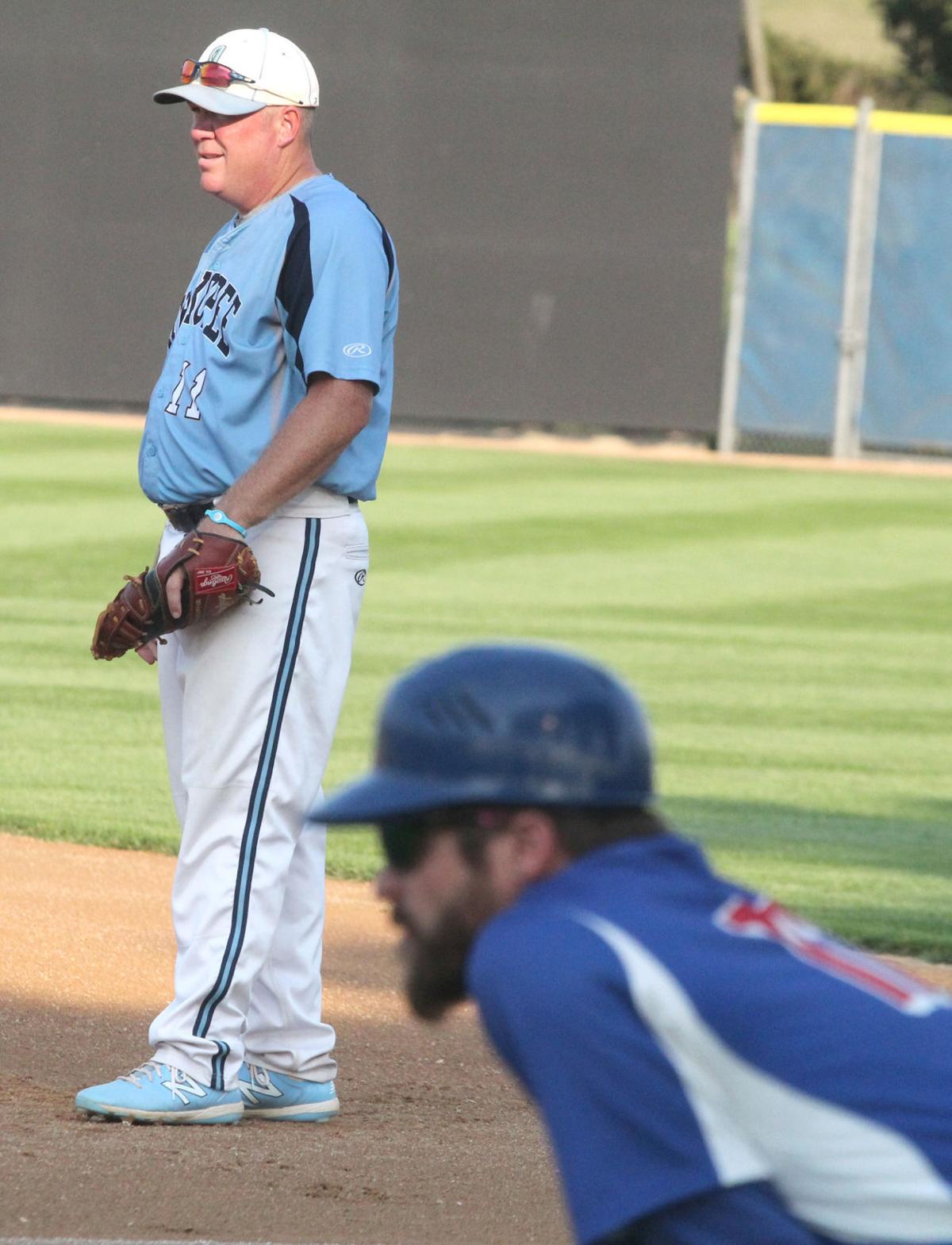 Shakopee’s Aaron Olson, a 14-year veteran with the Indians, may be across the diamond from where he helped the amateur baseball team to state championship wins in 2009 and 2010, but his impact is just as great as a leader in 2021. 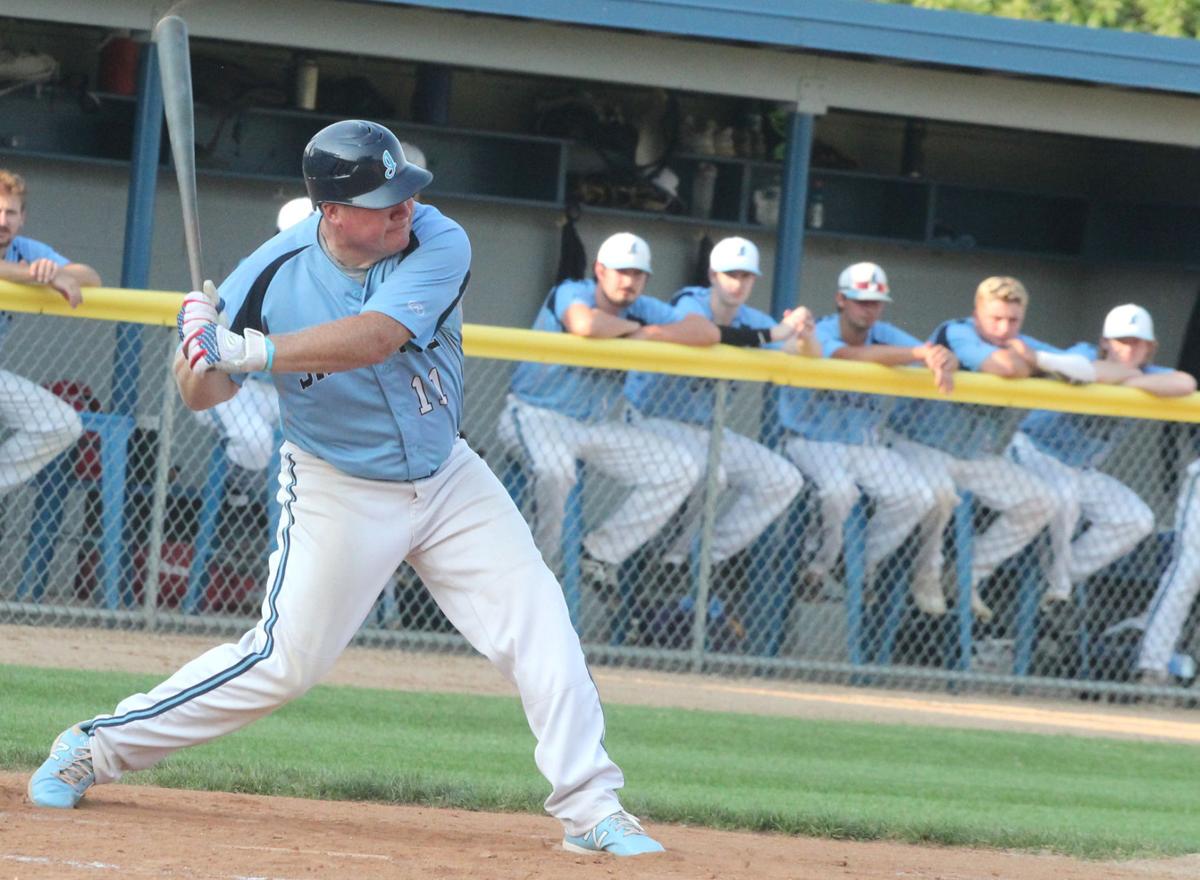 All eyes are on Aaron Olson, a 14-year veteran with the Shakopee Indians, the longest tenured player on the roster.

Forty-one years old and still beating out a bunt for a single in a recent Shakopee 10-3 win over Chaska for Aaron Olson.

Shakopee’s Aaron Olson, a 14-year veteran with the Indians, may be across the diamond from where he helped the amateur baseball team to state championship wins in 2009 and 2010, but his impact is just as great as a leader in 2021.

All eyes are on Aaron Olson, a 14-year veteran with the Shakopee Indians, the longest tenured player on the roster.

Aaron Olson’s first pitch swing sounded and looked like a base hit to left field. Instead the ball found the glove of the third baseman, resulting in a force out at second base.

Olson, known to many as “Ole,” shook his head and removed his batting gloves. A disappointed look on his face as the second inning ended July 18.

Those who know Olson, a 14-year veteran of the Shakopee Indians, know that if something didn’t work the first time around, the routine is likely going to be changed up.

A readjustment of the batting gloves, a tap of the bat on the shoe, Olson dug in for his second at-bat, runners on first and second, no outs. RBI time, right? Nope. How about a bunt single down the third-base line? With a left-hander on the mound, there were no plays to be made by the Chaska Cubs.

There was Olson, who recently turned 41 years old, legging out a bunt single.

Was it a change-up in a superstition routine? More like a team-guy making a team-play and ending up making a great play out of it, part of a seven-run fourth inning in a 10-3 win over Chaska.

“I think three or four times this season, I’m thinking here’s a double play ball and all of sudden he’s hustling down the line and beats the relay throw. Someone his age probably doesn’t need to run that hard all the time and he does. It’s the little things young guys see and say ‘wow,’ and it’s reflected in their game,” Shakopee Indians Manager Gary Schleper said.

On a team where the median age is probably 22, Olson is so much to the Shakopee Indians. He’ll still play any of the infield positions, though first baseman is where he feels most comfortable now. He’s showing the next generation of Shakopee ball players how it’s meant to be played.

“I see my role as being someone who can help bring these kids up and show them how to play baseball the right way. I have two sons and I love being able to coach them and their teammates. I enjoy helping kids get better at the game,” said Olson, the travel director for the Shakopee Youth Baseball Association.

“Town ball is more than showing up at the stadium at 6:15, taking a few swings in the cages and going out there and playing the game. There are a lot of things that go along with it. Getting the field ready, fundraising, and Ole’s always a part of that. He’s leading the way,” Schleper said.

The question Olson receives most of the time is how long will he keep playing?

“My dad and uncle played amateur baseball. They told me do not quit until you absolutely have to. If you still have the love for the game, and you’re enjoying it still, keep going,” Olson said. “I live right by the park. And Gary is pretty good about me missing games when I’m coaching. It gives me a break. I told him when I don’t deserve to be in the line-up, don’t do me a favor and still pencil me in,” Olson said.

The thing is, Olson still produces. His hands are still fast. The bat speed is still there. He has two home runs in 2021.

“Ole has this running thing where if he hits a home run, he has to come back the next year and play. Last year he hit one in like June and he told everyone he’d be back. He has two this year, so the question is, do we get him for two more years? I think he’s trying to use that with the wife,” Schleper said.

Baseball is life for the Olsons, with 10- and 13-year-old boys on the diamonds as well.

“We’re always so busy. I do our schedule for my 13-year-old teams and I set us up most weeks for Monday-Wednesday-Thursday games because I knew we would have Indian games on Tuesday-Friday-Sunday. Our summers have been like this the last five years,” Olson said.

But Olson wouldn’t have it any other way. While the new group of Shakopee players that have joined in recent years aren’t old enough for a post-game parking lot beer, Olson makes sure they stay; makes sure they are part of the team.

“You look at a kid like Jack Schleper. Coming off his freshman year in college. Guys like him, they are starting to gel with us, hang out after the games. Finding that camaraderie in your team is huge. I’d say this year, it’s been different than the last three years. Guys are making an effort to be better teammates. We have a good core of guys, probably five of us veterans, that really feel that ownership to take these guys under our wings,” Olson said.

That’s what it will take for Shakopee to once again be contenders at the state level, last qualifying for state in 2018.

The Shakopee Indians weren’t the most talented team in Class B in the state of Minnesota in 2009, but it was that closeness that set them apart. That and an incredible draft of players including tournament MVP Ryan Seifert and catcher Justin Johnson of the Chaska Cubs.

“We played so well together. Winning a state championship your first time there, it was incredible. Going back-to-back in 2010, it was just a special time,” Olson said.

Chris Rupert was a college teammate of Olson at Minnesota State University-Mankato. After winning multiple titles in Class B with the Mankato Twins, a move to the Twin Cities left Rupert a free agent of sorts.

Olson made the call.

“I knew the caliber of the talent Aaron would bring to the table with him, so I said, ‘sure, why not.’ Aaron is just a hard working, dedicated guy, that is so much fun to be a teammate of. I’m just glad he was on my team and I didn’t have to pitch to him,” Rupert said.

Olson, then a shortstop, in the middle of the line-up with Troy Wasioloski and player-manager Brannon Weigel, led Shakopee to state titles in 2009 and 2010, ending a drought of 50 years.

“I didn’t know what to expect joining the time, but right away there was this winning attitude. It’s something I certainly wasn’t expecting right away. I got to know the guys better and I could tell the team was special. And Aaron was a special hitter, and person,” Rupert said.

PASSION FOR THE GAME

When the summer season ends, Olson is preparing each fall for a baseball trip to Florida now to play in the Roy Hobbs World Series. He finds himself pitching in those games.

Why does he keep playing? Simple. Passion.

“He’s always had a passion for the game. Ole knows the game. We were both taught under Dean Bowyer at Mankato. Everything he knows about the game of baseball, he is willing and wanting to share that knowledge to anyone that will listen. I know he put a lot of effort into Shakopee Baseball,” Rupert said.

And while Olson’s old superstitious Mankato T-shirt has been retired — the smell and the rips and tears too many — if he can still play it, and he still loves it, maybe another season for every home run is the right kind of thinking with extending a playing career.