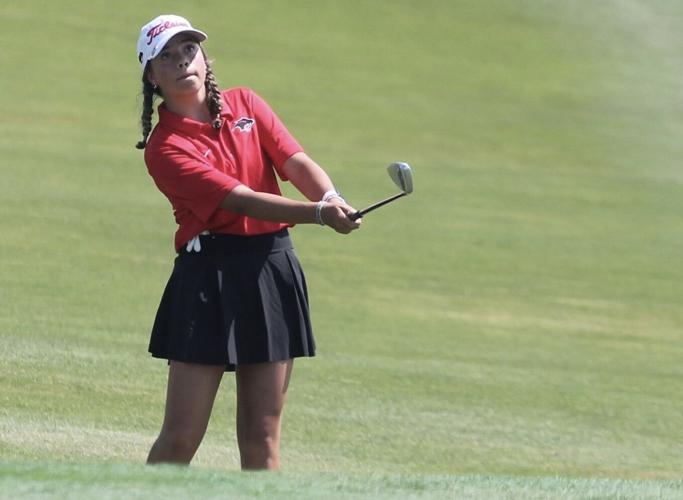 Junior Maren Masters will be one to watch for Shakopee on the links this spring. 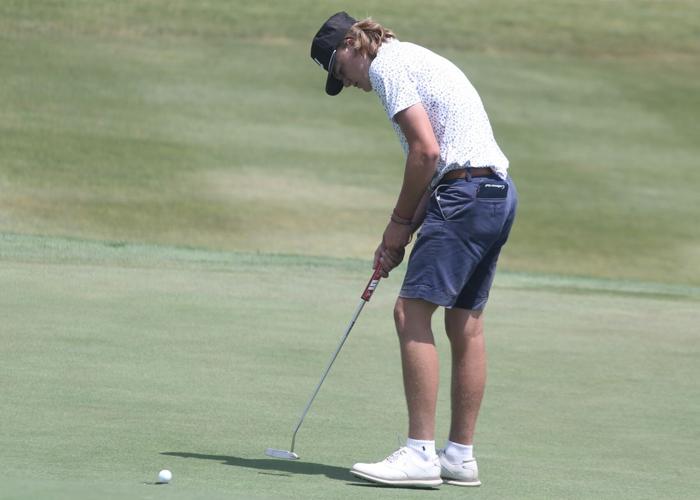 Senior Jaden Zander tied for 17th at the Section 2AAA tournament for Shakopee last year shooting a pair of 77s.

Junior Maren Masters will be one to watch for Shakopee on the links this spring.

Senior Jaden Zander tied for 17th at the Section 2AAA tournament for Shakopee last year shooting a pair of 77s.

Can the Shakopee boys and girls golf teams make some noise in one of the more difficult sections in the state?

That’s the hope for the Sabers.

Junior Maren Masters nearly qualified for state last spring for the girls squad, finishing eighth in the Section 2AAA tournament at the Ridges of Sand Creek Golf Course in Jordan.

Masters had a 36-hole total of 164 (80, 84), missing state by one place and four total shots. The winning team and top five individuals not on the winning squad make the Class 3A state field.

“The section tournament is always tough; we have a lot of great teams in our section,” Shakopee girls coach Donnat Courteau said. “Chaska, Chanhassen, Eden Prairie and Minnetonka are the teams to beat. Hopefully, if we play well, we can make it to day two of sections as a team.

On the boys side, the Sabers were eighth. Senior Jaden Zander made it two last year and finished tied for 17th with pair of 77s.

He’s back to lead the team this spring, along with senior Collin Kvam, juniors Gavin Lee and Jake Howard and ninth-graders Sam Willmert and Adam Wagner.

For the Shakopee girls, senior Katie Goodwin and junior Emma Heyer are back, along with juniors Kynzie Start and Cambelle Jossart. Senior Taylor Pawlowski and juniors Molly Morrow and Abby Schleper will also be in the varsity mix.

“The goal for the season is to finish in the top half of the conference,” Courteau said. “In our first two conference matches, we finished third. I also think we have shot at making the second day of sections if the girls continue to show improvement throughout the season.

“Overall, I want them to improve during the season and have fun,” Courteau added.

The girls competed in the Lakeville North Invitational May 2 at Brackett’s Crossing Country Club in Burnsville and finished sixth out of 10 schools with a team score of 379. Eastview won (324).

Masters tied for ninth with a round of 81. Heyer tied for 18th shooting a 90.

In a conference tournament at Stonebrooke Golf Club April 27, Shakopee was third with a team score of 384. Eastview won again (331), followed by Lakeville South (360).

Masters tied for seventh with an 87, while Heyer carded a 90 to tie for eighth place.

Meanwhile, the Shakopee boys competed in the Hastings Invitational May 2 at Hastings Golf Club and finished fifth out of 11 schools with a team score of 329. Lakeville North won (310).

Shakopee also competed in the Bunker Hills Invitational at Bunker Hills Golf Club in Coon Rapids April 30. The Sabers finished 15th out of 27 teams with a score of 323. Eastview won (299).

Kvam led team with a 7-over-par 79, followed by Zander and Lee each with 80 and Willmert with 84.

The Sabers’ first conference tourney was April 25 at Brackett’s Crossing. The Sabers ended up ninth with a score of 346. Farmington won (303).

The first round of the Section 2AAA tourney for both the boys and girls is set for May 31, with the final round June 1. The Ridges of Sand Creek is again the venue.

Other teams in the field for both the boys and girls include Mankato East, Mankato West, Hutchinson, New Prague, Prior Lake and Waconia.