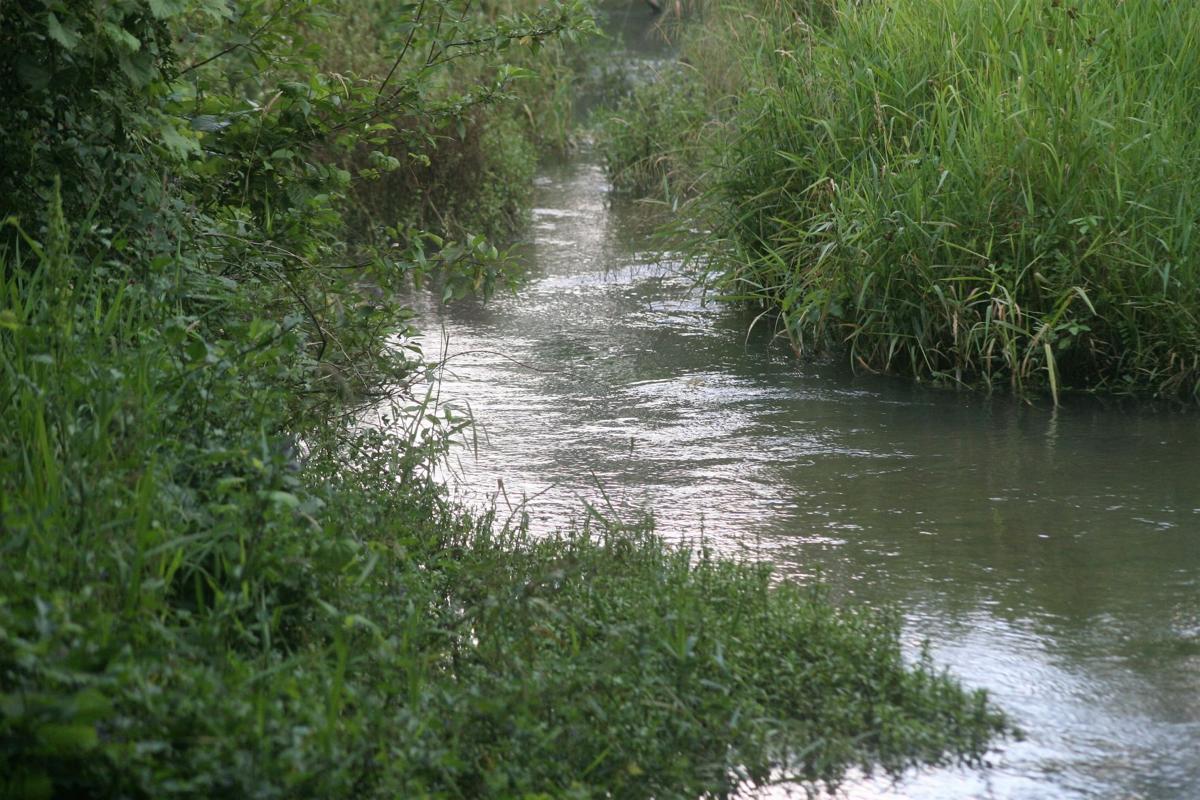 Eagle Creek in Savage is a catch-and-release only stream. 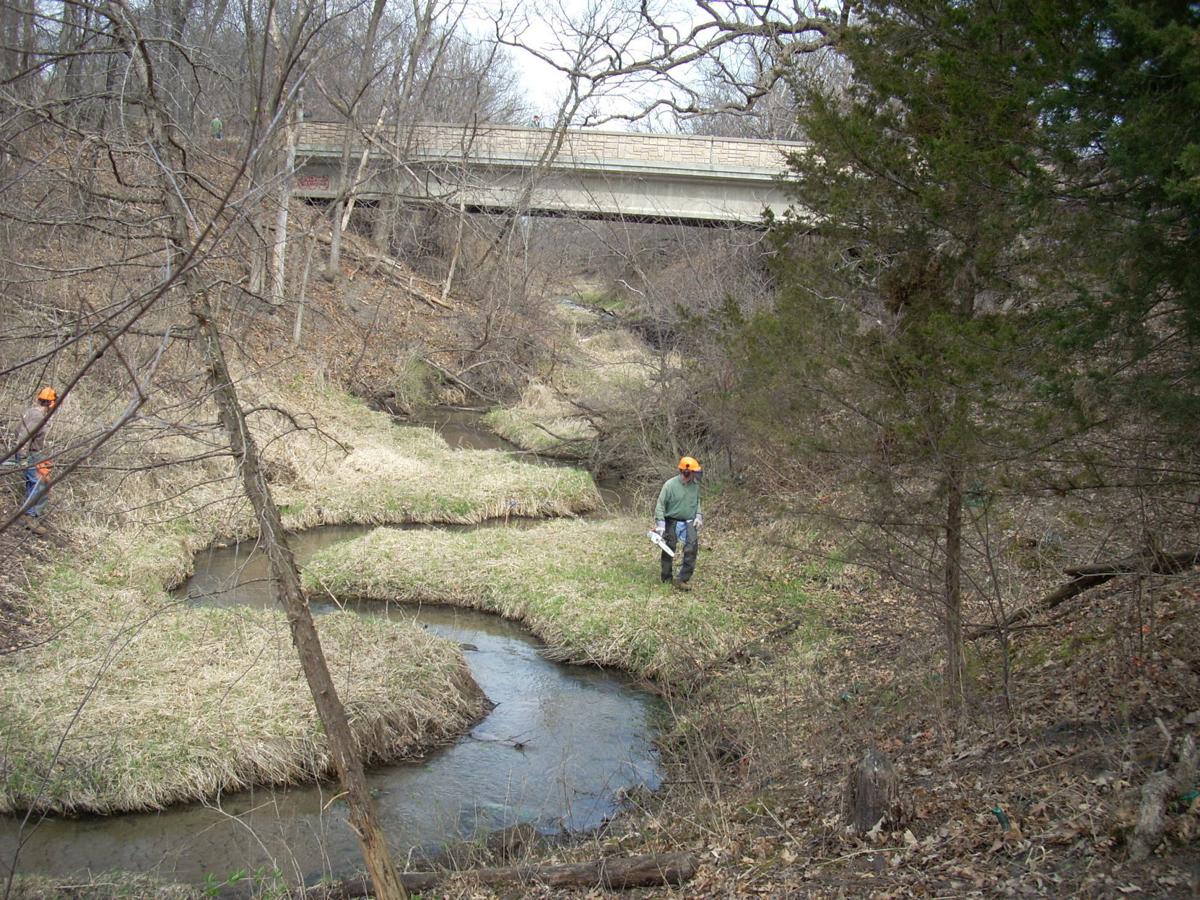 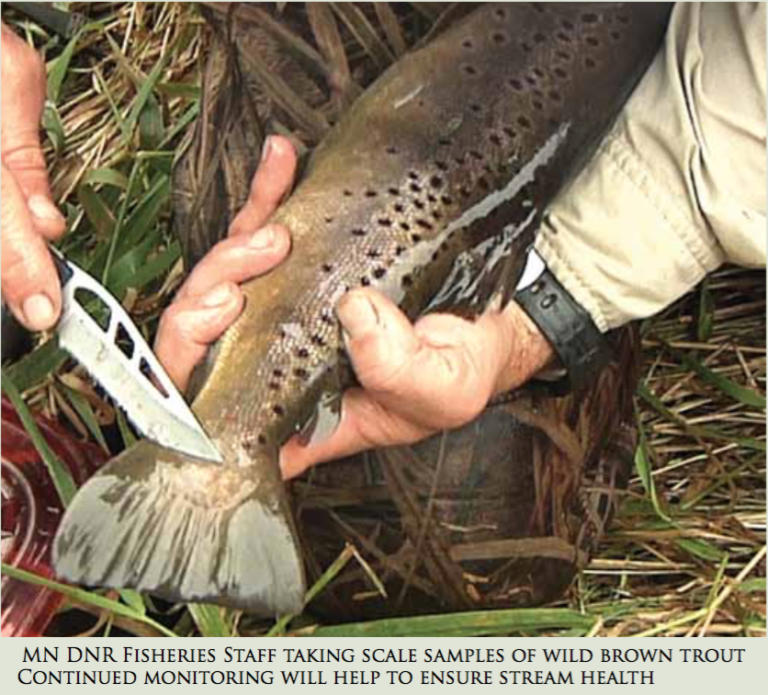 This large brown trout was found during the DNR’s stream survey of Eagle Creek in the fall of 2014.

Eagle Creek in Savage is a catch-and-release only stream.

This large brown trout was found during the DNR’s stream survey of Eagle Creek in the fall of 2014.

If you live in the southwest metro area and want to fish for trout close to home your options are limited.

One of those options is Eagle Creek in Savage which features big fish and serves as a special place for those familiar with Minnesota aquatic management.

With it being the only trout stream in Scott County, one would think it would be a popular place for trout fisherman to go, but it's actually a tough place to fish.

Callahan once wrote about Eagle Creek for Trout Unlimited, "Among metro trout streams, Eagle Creek in Savage, Minnesota is not a great place to fish. It is, in fact, a short, shrubby stream, running behind industrial buildings and swinging between suburban backyards before entwining its two branches into a main stem that runs under a freeway, through the swampy Minnesota Valley National Wildlife Refuge and into the Minnesota River. You can reach this last stretch only by wading through a very long, dark box culvert or parking your car and walking more than two miles along the railroad tracks."

What makes the stream so difficult to access is the surrounding vegetation. But once at the creek, the fishing can be rewarding.

"It has really dramatic and under cut banks and the fish like to hide in those undercuts. The stream has some nice aquatic vegetation which lets the fish hide in there."

According to Callahan, brown trout as big as 24 inches long have been pulled out of Eagle Creek.

"There are some big fish in there," he said.

And all of the trout in Eagle Creek are wild as the creek hasn't been re-stocked by the DNR since 1978, Callahan added.

"The best fishing is where the two branches come together by the frontage road," Callahan said.

Even though it can be a hard place to catch brown trout, Eagle Creek holds a special place in the history of Minnesota waterways.

The battle to keep Eagle Creek from falling to urban development was a long battle that led to it being named the the first aquatic management area in the state in 1995, O'Brien said.

According to the Minnesota Department of Natural Resources website, the aquatic management areas provide angler and management access, protect critical shoreland habitat and provide areas for education and research. The Aquatic Management Area program administers more than 700 AMAs and 770 shore land miles in 73 of Minnesota's 87 counties.

Since then, Trout Unlimited has worked with the city of Savage and the DNR to restore and keep Eagle Creek as natural as possible.

"The stream never became particularly degraded," O'Brien said. "The work that Trout Unlimited has done is to try to keep it in good shape."

Upkeep includes removal of invasive vegetation that creeps into the area over time, like buckthorn.

"If we just left the stream be you would see a lot of invasive vegetation take over," O'Brien said.

The lessons learned at Eagle Creek have helped restore other trout streams such as the Vermillion River in Lakeville and Farmington.

"After Eagle Creek, the DNR started working with cities to get ahead of development and preserve trout streams," Callahan said. "It was because of Eagle Creek that Vermillion became such a good trout stream."

Where else to fish?

Other places to trout fish in the southwest metro, according to the Minnesota DNR: