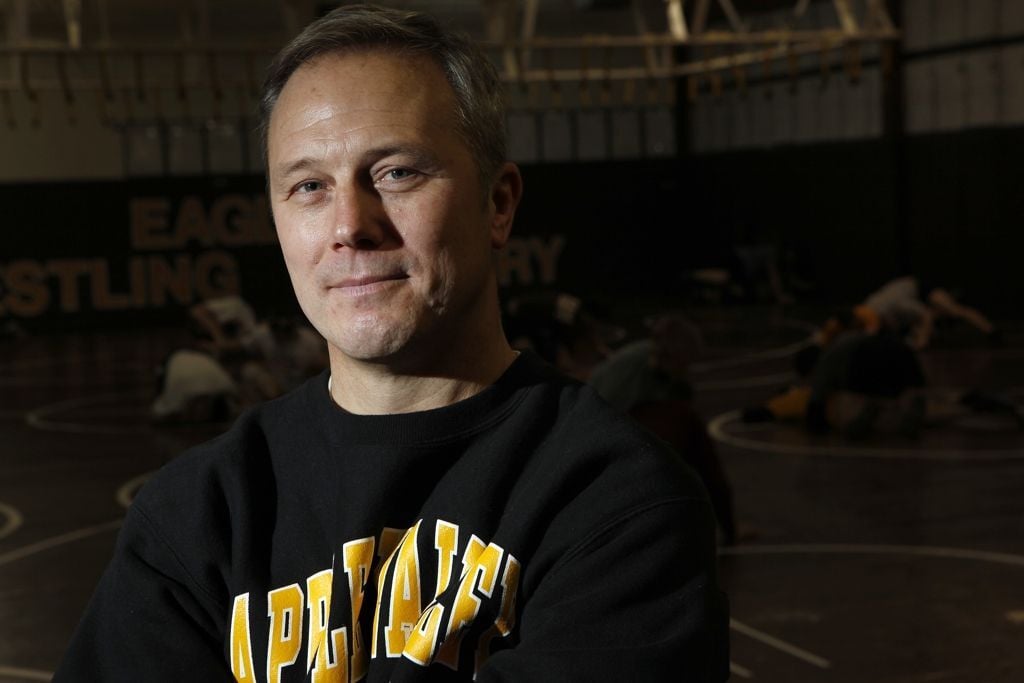 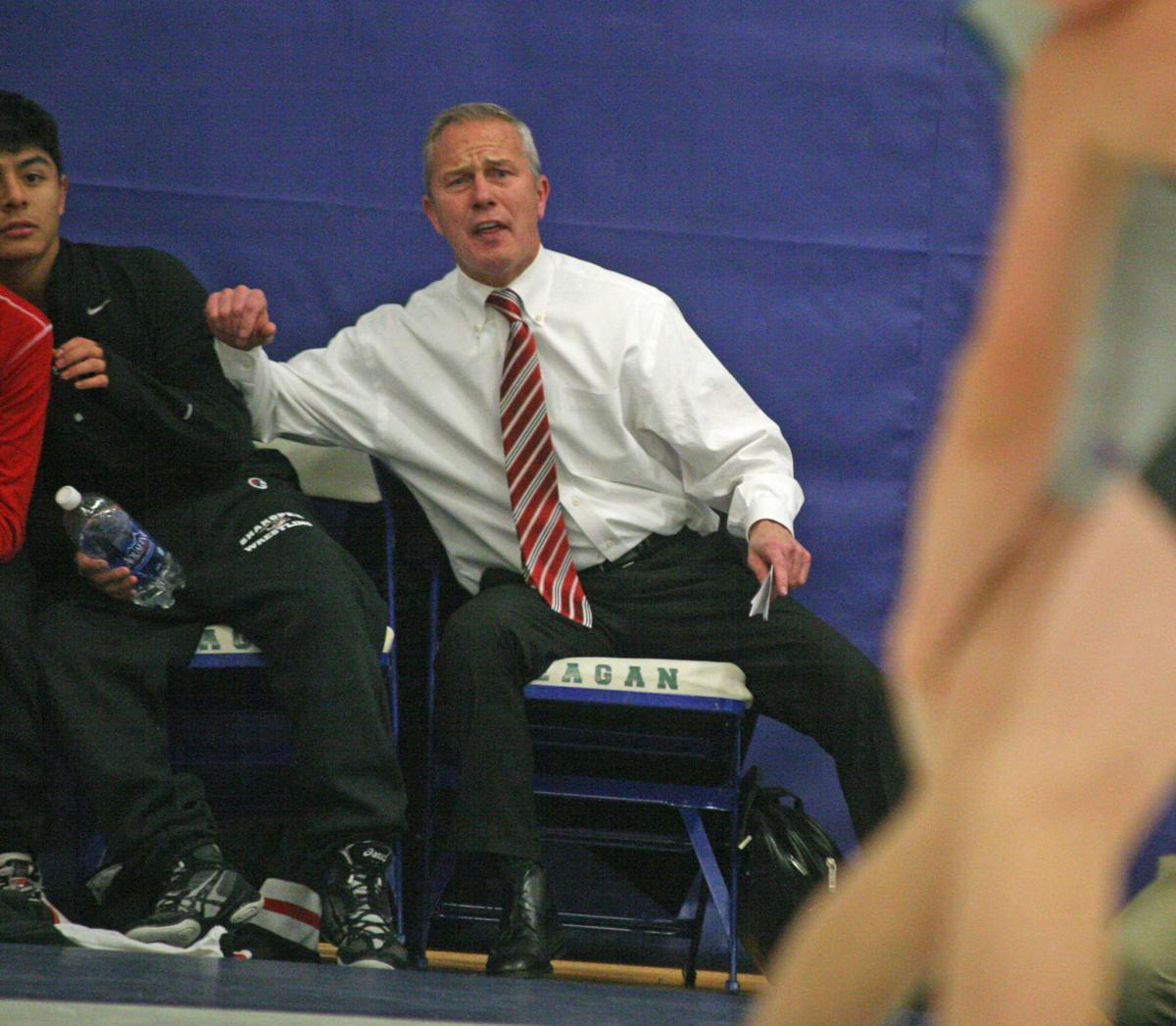 Head coach Jim Jackson and the Shakopee wrestling team will compete in the Clash in Rochester in 2015.

Jim Jackson was 10 years old when his photo first appeared in the Oelwein Register, his hometown newspaper in Oelwein, Iowa — a quaint town with less than 10,000 people in the northeastern corner of the state, where enough rail lines intersect and weave through the area to nickname the community “Hub City."

He’d won third place in a wrestling tournament, and his town was the kind that published third-placing winnings for 10-year-old wrestlers.

Eight years later, his photo appeared again, underneath a bold headline: “Robson knocks Jackson out of the lineup.”

Jackson, who holds the highest winning percentage in Minnesota wrestling coach history, didn’t know much of winning in his Iowa hometown. As a wrestler in middle school, high school and college, Jackson's hometown had 19 years of losing seasons.

“The American way is you work hard and things happen,” Jackson said. “But I never missed a match in college. And (the same) three guys beat me (a combined) 21 times.”

Not that Jackson was a lousy wrestler — his college record was 83-56 and he qualified for Division III nationals three times.

Jackson stuck with wrestling because wrestling always stuck with him. He talks quickly and excitedly, and he’s loud and expressive and never sits down. But in the wrestling room, that’s OK.

As a child with ADHD before ADHD was ever widely diagnosed, wrestling was his outlet.

“Wrestling became my life because I felt comfortable there,” Jackson said. “When I go to the wrestling room, that’s my sanctuary. I know the sport; I know the system. And enthusiasm or passion rarely fails.”

With that outlet, Jackson has managed to carve his name into Minnesota wrestling history.

Jackson became Shakopee’s head coach in 2016. He led the Sabers to their first state championship title in 2019 — and again in 2020.

The self-proclaimed key to Jackson’s success is simple. He credits his ADHD for giving him the energy to continue the work he started 52 years ago, when he first fell in love with wrestling as a 10-year-old in a size-small singlet.

“I have ADHD. That’s probably my best and my worst attribute,” Jackson said. “I’ve got a lot of energy; I’m enthusiastic. And enthusiasm or passion rarely fails.”

Eye on the prize

While many career coaches aspire to make it to the next level, when Jackson graduated from Luther College with a physical education teaching degree at 22 — 40 years ago — his eyes were set on a track that would put him toward a high school head coaching position. That’s what he wanted to be, first and foremost: a head wrestling coach. And teaching was an avenue through which he could get there.

“Not many 22-year-olds are jumping at the chance to coach middle school kids,” Jackson said, chuckling. But he knew what he wanted.

In 1995, Jackson took over full-time as the head coach — 15 years after setting out to become one.

Jackson bred winners his entire career, until his reputation was so strong, winners started coming to him. He’s received national coaching awards three times. And naturally, that success has drawn criticism from those who claim he coaches to transfers coming in from other schools. But parents are going to do what’s best for their children, Jackson said, and if that means moving to a different program, he can’t turn athletes away.

Though he’s been known as a powerhouse coach for decades, Jackson knows what it’s like to be the underdog. Those losses are what brewed inside him years before he ever became a coach.

“When I was in high school, we had a new family that moved into town and I was supposed to be the starter. The new guy replaced me,” Jackson said. “People don’t understand it happened to me, too. It molded me into who I am today.”

Most people know of Jackson as “Coach.” His identity, as seen through the eyes of others, is grounded in his outstanding coaching career. But inside Jackson’s house, there are no wrestling trophies or metals on display.

“My house is a shrine of my daughter,” Jackson said. “She’s a two-time state tennis champion. It’s about her. She’s my biggest fan.”

Family is his first priority, and that also means teaching his athletes how to become “incredible husbands and fathers,” Jackson said. That’s how he measures his true success as a coach.

In 2012, when Jackson announced he was retiring from coaching at Apple Valley, he said he did so in attempts to save his marriage — but it didn’t work. Jackson wasn’t sure what the future had in store for him after the loss of his marriage and the sport he’d spent so much time with. But three years later, when Jackson and his daughter watched a Shakopee versus Apple Valley match at the state tournament, his daughter told him he needed to get back into the wrestling room.

“I didn’t know how important she thought coaching was,” Jackson said. But on that day, she gave him the green light, so to speak, and he applied for the Shakopee head coaching position. It offered him a fresh start and five bonus coaching years beyond his original "retirement" announcement.

But being a head wrestling coach is a toiling job. There’s more strategy to it than motivation, Jackson said. And emotionally, it’s heavy.

“That’s the hardest thing ever, when you have to pick a team,” Jackson said. “They work all year, and I feel like everyone should get to experience a state tournament… so you always feel like you let somebody down or hurt somebody.”

Now, Jackson is ready to step away — finally — from that loud and sweaty wrestling room that became his office and outlet and sanctuary, and from the cold school bus he spent 23 Saturdays a year in, riding to and from wrestling tournaments.

And this time, he said, it’s for good.

“I don’t think I’ll find my way back,” he said, adding he recently purchased a cabin on Ten Mile Lake, where he plans to spend his weekends. Jackson also took a corporate job to keep busy before he retires completely — the first time he’ll have ever worked in an office.

Jackson said he hopes the lives he touched as a coach move on to become “positive and productive citizens.”

“I can’t guarantee a state championship,” he said. “But if you work hard in life, you’ll be successful. They’ve become great husbands and fathers and moved on with their lives.”

Marcus LeVesseur, who has been Jackson’s assistant coach the past four years, will be filling his shoes. LeVesseur isn’t a no-name in Minnesota wrestling himself. A retired UFC and MMA fighter, LeVesseur was a four-time undefeated NCAA Division III Champion while competing for Augsburg University. He’s one of only four NCAA wrestlers in the nation to graduate with an undefeated record, according to his online profile.

As for coaching, LeVesseur has big shoes to fill, but he’s also learned from the best — literally.

“Jackson… coached the coaches, challenging everybody to be better,” LeVesseur said. “That’s one key area he dominated, he let his coaches coach versus telling (them) exactly what to do.”

"When I go to the wrestling room, that’s my sanctuary. I know the sport; I know the system. And enthusiasm or passion rarely fails.”