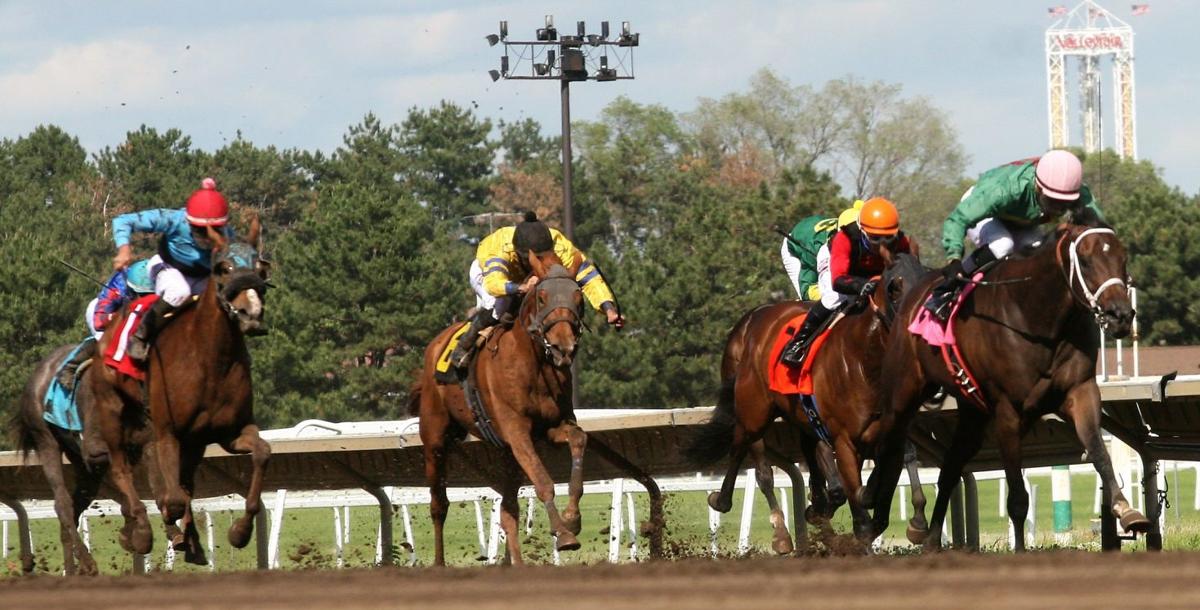 Min Freya runs down the backstretch to victory in the first race of the year at Canterbury Park on June 10. 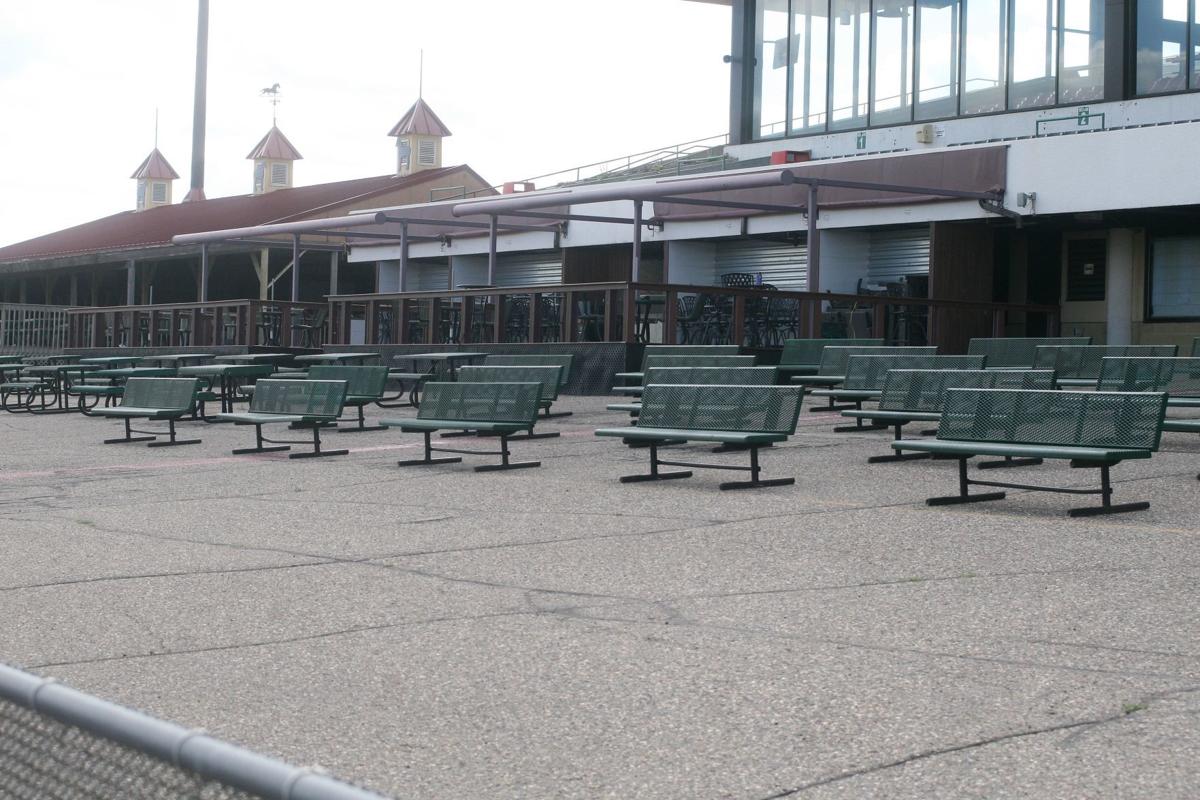 Canterbury Park’s usually full grandstand was empty for the opening day of racing on Wednesday, June 10. 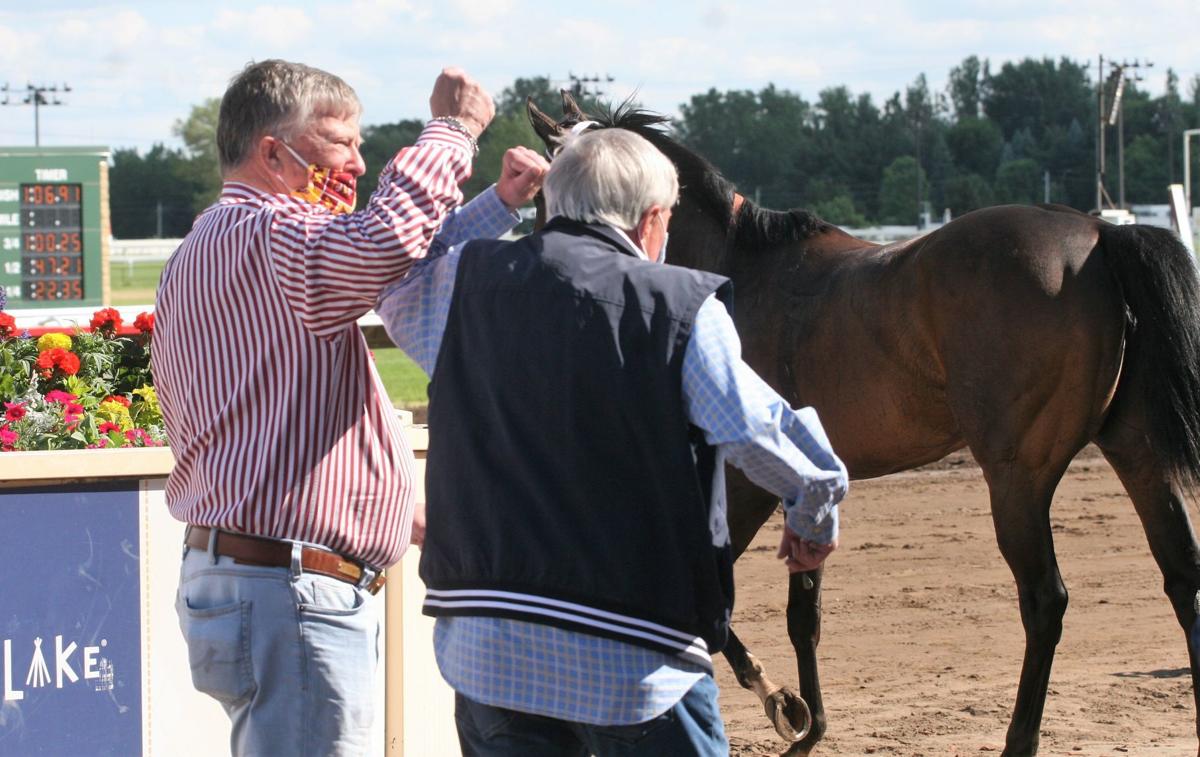 Co-owners Barry Butzow (right) and Peter Mattson elbow bump after their horse Min Freya won the first race of the season at Canterbury. 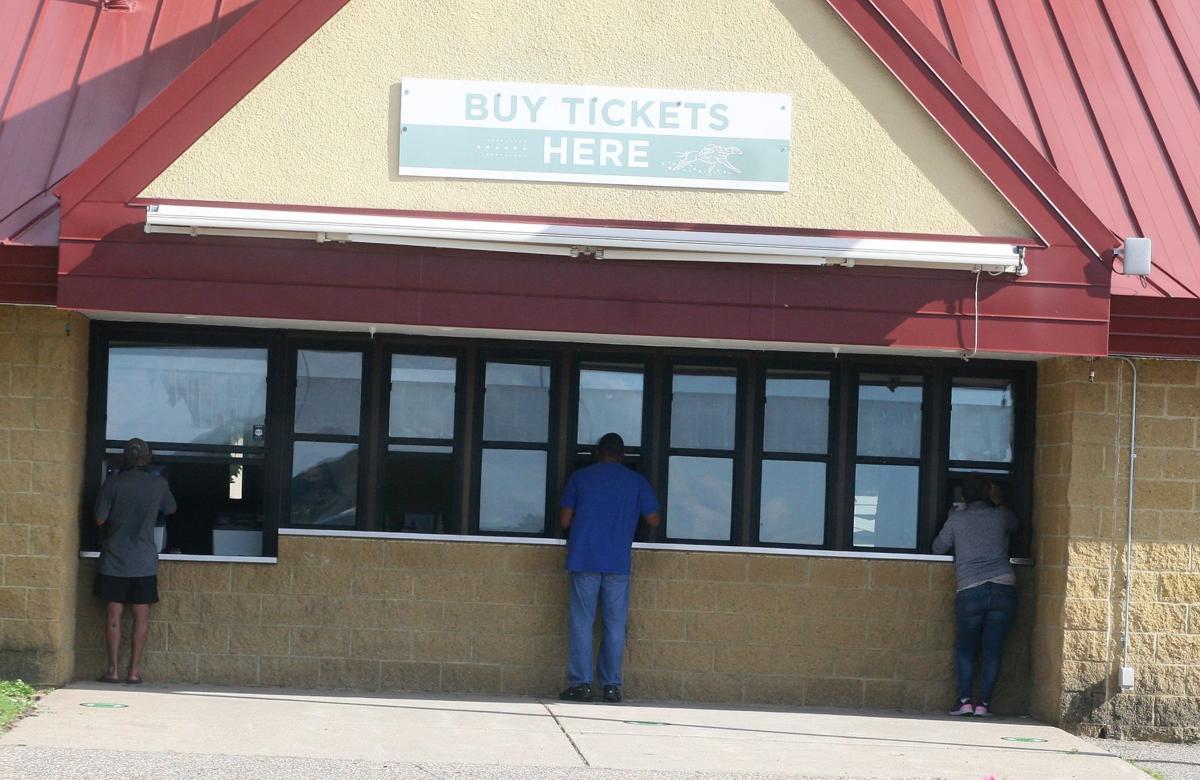 With limited fans allowed in the facility, Canterbury Park offered walk-up wagering to bettors that couldn’t get in to place a bet.

Min Freya runs down the backstretch to victory in the first race of the year at Canterbury Park on June 10.

Canterbury Park’s usually full grandstand was empty for the opening day of racing on Wednesday, June 10.

Co-owners Barry Butzow (right) and Peter Mattson elbow bump after their horse Min Freya won the first race of the season at Canterbury.

With limited fans allowed in the facility, Canterbury Park offered walk-up wagering to bettors that couldn’t get in to place a bet.

Barry Butzow was thrilled to be back at Canterbury Park for opening night — something he didn't think would happen due to the global pandemic.

"I never thought we would see racing here this year at all," Butzow said. "Absolutely not."

But there he was at around 4:40 p.m. on Wednesday, watching his horse Min Freya, get loaded into the gate for the first race of the season.

Watching horses get loaded into the gate is not an unusual site at the Shakopee horse track but what was happening around the first race and the eight other races on opening night was unusual.

When the gates opened to start the first race and track announcer Paul Allen gave his signature "They're racing" call, the usual roar of the crowd wasn't there. Only 250 invited guests, plus horse owners and trainers, were allowed into the racing venue Wednesday night.

The horses ran like everything was the same but as the they turned toward the backstretch the track was oddly quiet.

Butzow watched quietly as his horse grabbed the lead down the stretch and pulled away for the win giving Butzow and co-owner Pete Mattson the first win of the season.

Butzow and Mattson met in the winner's circle with masks on and celebrated the win with an elbow pump and little fan fare.

Normally, a winner's circle would be filled with 20-30 excited and thrilled people. This year it was just Butzow, Mattson, the winning horse and the winning jockey.

"It's great since I’ve been here since the day track opened," Butzow said. "I’ve owned horses since 1985 so it's nice to keep the tradition going. It’s a thrill. The enjoyment of watching them run is what it's all about."

Getting to the point of having live racing at Canterbury Park wasn't easy and there was some question if it would ever happen in 2020.

"We all thought we would be (racing) but we also know that as a publicly held company and the board of directors are obligated to the shareholders and they were looking at the bigger picture," Canterbury Media Relations Manager Jeff Maday said. "There was a point where I thought maybe the financially correct move is not to race but we never stopped trying. Our VP of racing was consistently working. Working with the race commission, working with the Department of Agriculture, working with the horseman to get this to happen."

After closing the track in March because of the COVID-19 pandemic, getting racing back to Canterbury was slow-going, Maday said.

"It really was a process," he said. "The first step was getting permission to open up the stable area. We worked with Department of Agriculture and commissioner Johnson was super helpful and the governor's office was super receptive as well. That was the first step."

The stable area was opened the weekend of May 10.

"Once we got that done, now we have to race," Maday said. "So let's come up with a plan and amend our race dates because we know we aren’t starting May 15. We came up with a race schedule that would work and submitted it. The Racing Commission had to wait 25 days — by statute — to vote on it. We said we were going to run June 10 but they couldn’t vote on it until June 8."

The Minnesota Racing Commission approved the schedule on Monday and opening night was a go.

Prior to getting the permission to race from the commission, Canterbury got a pleasent surprise from Gov. Tim Walz.

On Friday, June 5, Walz signed an executive order that allowed 250 fans into entertainment venues like Canterbury.

"We were happy and thrilled but its Friday at 4 o’clock," Maday said. "We have two business days to get our stuff together. Just simple things like we didn’t have any beer here."

They went to work and invited 250 of its top players from its MVP rewards program and opened up the third floor of the grandstand to those guests.

On Wednesday, Maday and his fellow Canterbury employees as well as the fans, trainers, and horse owners got to see the live racing.

"It's been a lot of ups and downs and uncertainty but overall, we are in pretty good position," Maday said. "It’s a great opportunity to run right now but it was a challenge to get here."