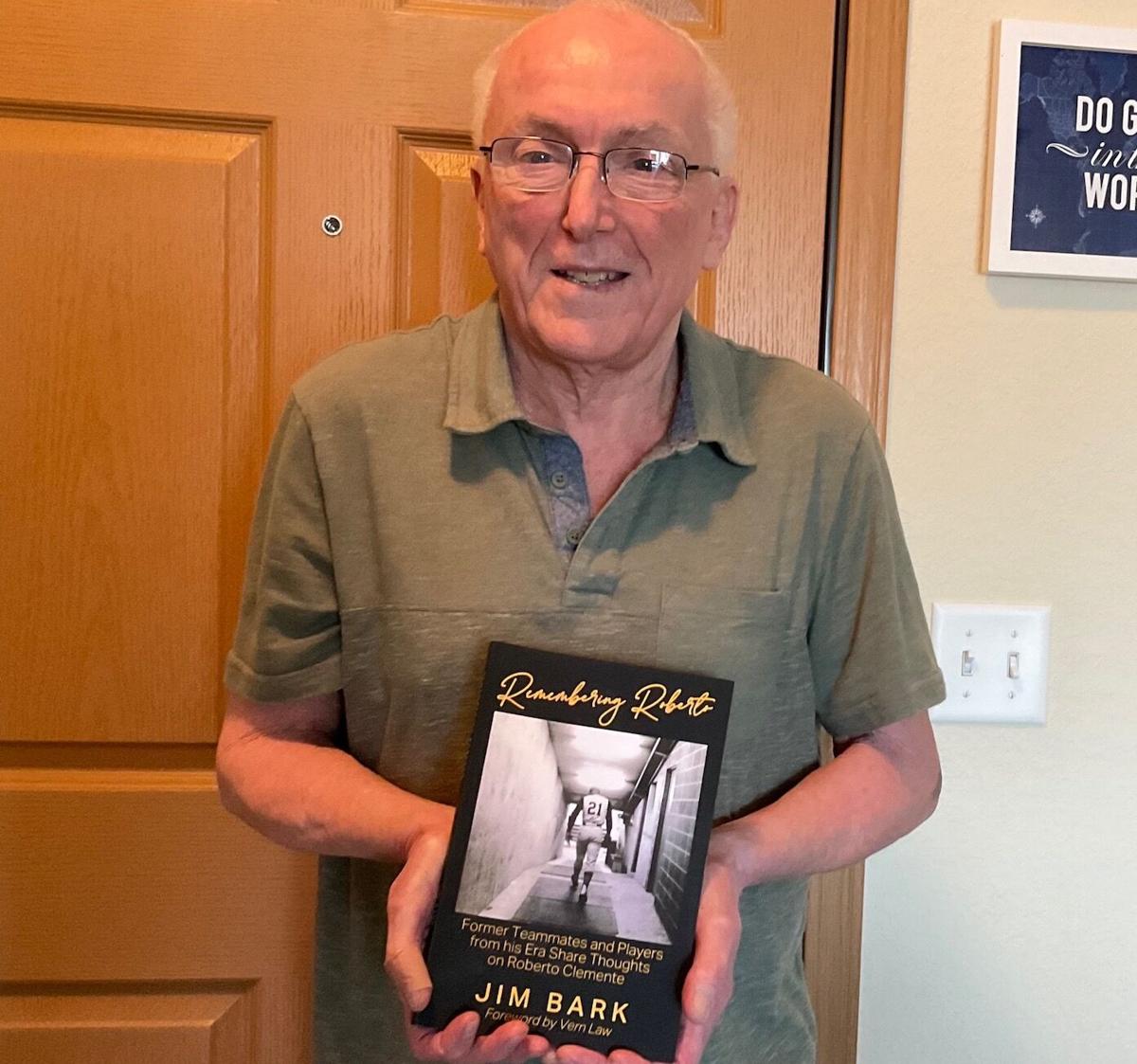 Jim Bark of Shakopee authored his first book, “Remembering Roberto,” which was published in July. 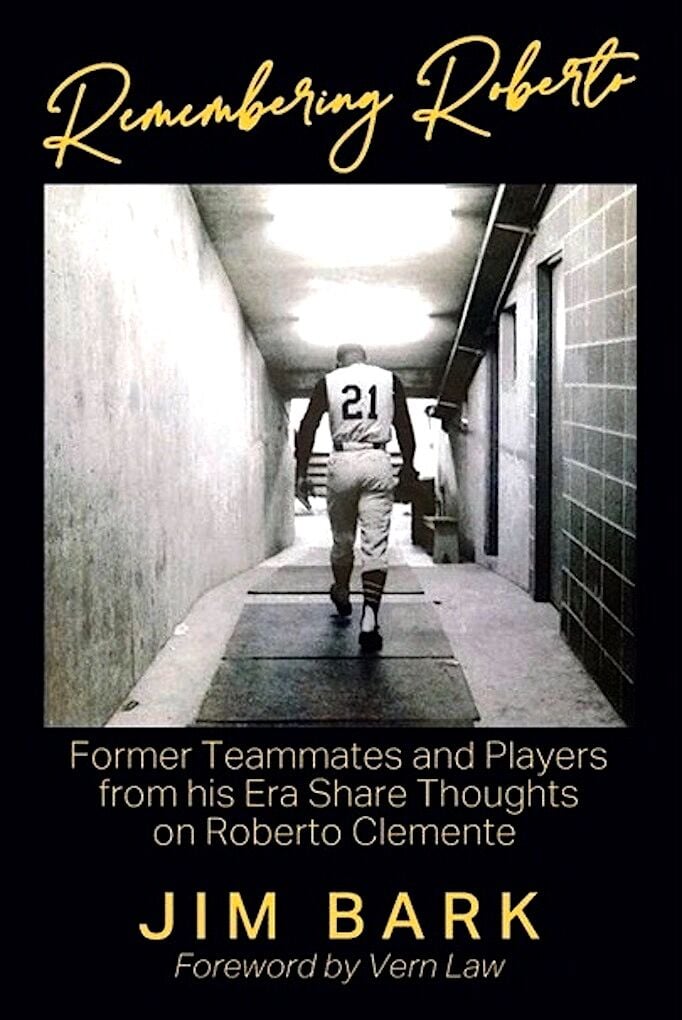 Jim Bark of Shakopee authored his first book, “Remembering Roberto,” which was published in July.

As a teenager, Jim Bark would wait outside the visiting team’s clubhouse at County Stadium in Milwaukee hoping to get an autograph from some of his favorite baseball players.

The Racine, Wisconsin, native already had the signatures of most of the hometown Milwaukee Braves’ stars — Hank Aaron, Eddie Mathews and Warren Spahn. But did he get some from any stars from other franchises?

Not always, but he does remember getting one from Roberto Clemente, at the time, a young, talented right fielder for the Pittsburgh Pirates.

Clemente made a big impression on Bark.

“Of all the star players, Roberto was the only one who stood outside the clubhouse door and patiently signed for everyone,” Bark said. “The other players would usually sign a few items as they kept walking towards the team bus. This made a lasting impression on me, and I never forgot Roberto’s kindness.”

That was back in the summer of 1964. Fast forward, and the now 72-year-old Bark just authored his first-ever book, “Remembering Roberto,” which was published back in July.

The book is a collection of handwritten thoughts on Clemente, a member of the National Baseball Hall of Fame and 3,000-hit club.

Over a two-year period starting in 2019, Bark reached out to numerous players who competed against Clemente and his former teammates to get their thoughts on him.

“As the number of responses got close to 100, I thought about putting them in a book as a tribute to Roberto,” said Bark, who moved to Shakopee in 1997, where he and his wife Colleen of 46 years raised their three sons.

Clemente, a native of Puerto Rico, died on New Year’s Eve in 1972 in a plane crash attempting to deliver relief supplies to earthquake victims in Nicaragua. For nearly 40 years, Major League Baseball has presented the Roberto Clemente Award each year to a player with outstanding baseball skills and who is involved in his community.

“In 2014, 50 years after I had seen Roberto play, I was able to share this story with Roberto’s wife Vera and his sons, Roberto Jr. and Luis,” Bark said. “They were at the Barnes & Noble in downtown Minneapolis, promoting their new book, ‘Clemente: The True Legacy of an Undying Hero.’”

“It was an honor to meet them and to have them sign my copy of the book,” Bark added. “They made me feel like they truly appreciated hearing about that summer afternoon from so long ago.”

Bark, who served in Vietnam in the Marine Corps from 1968-69 and then later unloaded trailers for Kmart Corporation, before retiring more than a decade ago, got responses back for his book from many Hall of Famers, including Jim Palmer, Brooks Robinson, Juan Marichal and Bill Mazeroski.

Like many kids in the 1950s, Bark was a big baseball card collector. He saw his first Braves’ game in person with his father in 1956 against the Brooklyn Dodgers, the last season that franchise was in New York before it moved to Los Angeles.

Bark’s beloved Braves moved to Atlanta in 1966. That’s when he became a Chicago Cubs fan, until he moved to Minnesota, where he’s been a loyal Minnesota Twins’ fan ever since.

“We went by bus to Sunday afternoon games from 1963 to 1965 and hung around after the games to collect autographs,” Bark said.

“Along with the entire baseball world, I was very saddened by this news,” he said. “It was hard to believe that the vibrant young ballplayer I had seen play in the summer of 1964 was no longer with us.”

Clemente’s wife passed away in November 2019. Bark said when he decided to publish his book, he wanted to do it in the memory of both Clemente and his wife.

And by doing so, Bark said the profits from his book will go to the global charity called World Vision, which in part helps families sponsor needy children across the world. Bark sponsors two children from the Dominican Republic.

“Because Roberto believed in helping the less fortunate, I did not want to profit from the book, but instead use royalties received from its sale to help others,” Bark said. “Roberto had a quote that I first read in 2006 in David Maraniss’ excellent book, ‘Clemente: The Passion and Grace of Baseball’s Last Hero.’”

“It stated, ‘If you can make life better for others and you fail to do so, you are wasting your time on earth.’”