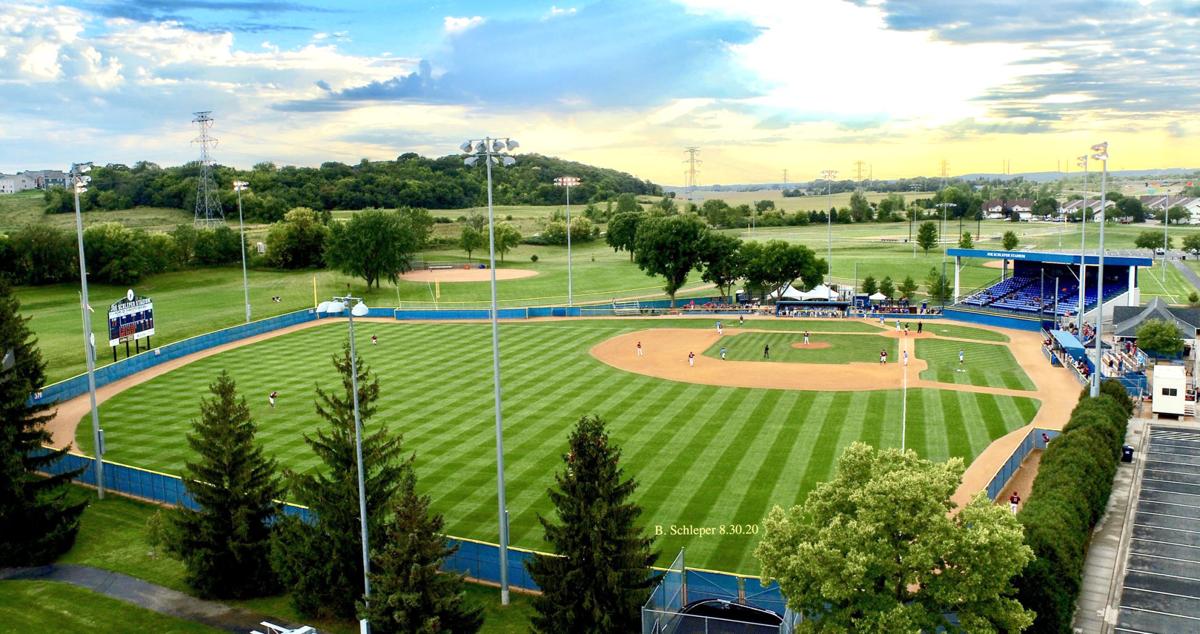 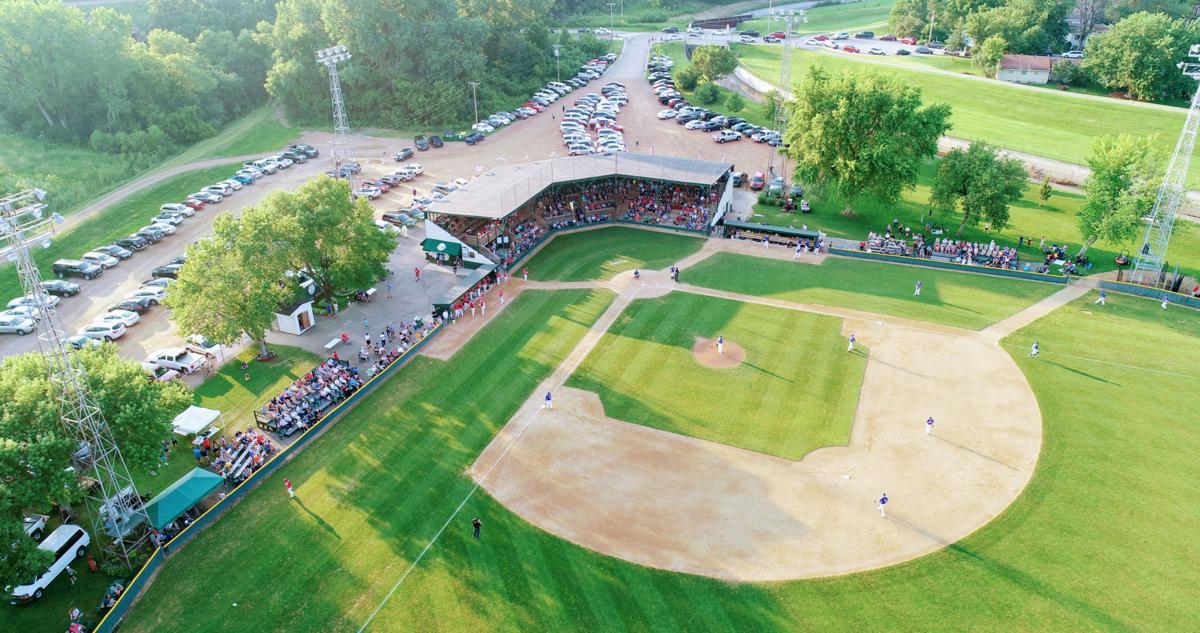 An overhead view of Chaska’s Athletic Park in 2019. The Chaska Cubs are co-hosts with Waconia and Hamburg for the 2021 State Amateur Baseball Tournament; the first time since 2008).

An overhead view of Chaska’s Athletic Park in 2019. The Chaska Cubs are co-hosts with Waconia and Hamburg for the 2021 State Amateur Baseball Tournament; the first time since 2008).

Baseball in Shakopee has been part of Bill Schleper's life for 40 years. First as a player for nearly a quarter of a century, the last 16 or so years working in the press box or just about whatever is needed at the field in Tahpah Park.

"It’s tough to get it out of your blood! I recently told my wife she should just spread my ashes at 'The Joe!' Pretty much the same as going to Heaven as far as I’m concerned!" Schleper said.

The Schleper name is synonymous with Shakopee baseball.

It was Bill's father, Joe Sr, who brought up the idea of moving the lights from Riverside Park to Tahpah Park in 1984. Schleper was nominated to act as the President of the newly formed "Shakopee Stadium And Lights Committee."

By 1985, the stadium had lights, new dugouts and a grandstand with exactly 543 seats, all purchased from Metropolitan Stadium, the former home of the Minnesota Twins in Bloomington.

Bill remembers his dad headed up a group of young town team and high school players and volunteers to help bring row after row of seats onto the structure. The group spent days drilling holes in the cement and mounting the seats to the concrete. Joe Schleper made many trips up to the ballpark on week nights and weekends to complete the assembly and mounting of the seats.

On many nights he was there until well after the sunset.

"(He kept) the manufacturers of bug spray in business!" Bill said.

Following the death of Joe Sr. in 1998, the Shakopee City Council voted unanimously to recognize his many years of hard work and dedication by naming the baseball stadium after the long-time player, coach, announcer, fan, and driving force behind the stadium.

The field, home to the Shakopee Indians and Coyotes amateur baseball teams and the Shakopee High School team, is special to many, though especially the Schlepers. Their legacy of their father and their family is proudly displayed on the scoreboard beyond the right-center field fence.

When the city of New Ulm announced the 2020 Minnesota State Amateur Baseball Tournament would not happen at Johnson and Mueller parks in late July, the MBA Board of Directors were left needing a host.

Milroy stepped to the plate along with third site Springfield, which already was preparing to host with New Ulm. That left the state board with a decision to make.

"We had heard that New Ulm might not be able to host this year, but we knew Springfield still wanted to. We only threw our name in the hat as a potential Class B tourney host since it's a smaller undertaking we think we can handle this late in the game," said Shakopee's Gary Schleper, a director with the MBA Board, before the tournament.

He said the decision to host came with the city of Shakopee's blessing.

"We wouldn't have offered the field without the go-ahead from our city," he said. "They have always been willing to help when they can."

Shakopee last co-hosted state just two years ago with New Prague and Jordan. Previously it was 2008 and 1948.

That’s the highest attendance totals since 1960 in Springfield and surpasses the 1998 tournament total of 17,346 in Chaska and Hamburg.

This year's state tournament came with restrictions. A max of 250 spectators on site for each game. The first weekend only pre-sale tickets were available.

Regardless of any changes, the constant from past state tournaments was an absolutely beautiful Schleper Stadium. The work of "head groundskeeper" Duane Slaughter on display for all to see, for all to marvel at "The Joe."

"It's definitely an honor to play at that field. The shear history, who it is named after," current Shakopee Indian Kyle Ryan said. "I've gotten to know the Schlepers. Tom hired me as an eighth grade baseball coach eight years ago. He introduced me to the Indians. You see the pride and joy they have for the field, for the baseball community. You want to do your best to pass on the legacy, be a part of it in anyway you can."

Ryan has been around the first two state weekends. He's heard the positive comments. He's met the usuals and new fans to the game. He's certainly proud to call the field "home."

"I think it's gone very smooth. Our experience from the 2018 tournament was big in being able to put it all together in really three or four weeks. We really have everybody in place from the 2018 run. The same people are in charge of concessions, ticketing, everything," said Ryan, who leads the infield grounds crew during and after each game.

Bill Schleper commended the work of Gary Schleper and Steve O’Neill, with lots of help from Becka Hoffman, Joey Skogrand and Christy Weigel, and of course, Slaughter, the golf course superintendent at Stonebrooke Golf Club in Shakopee.

"Too many names to list! Our city’s Public Works Department has also stepped up and done a phenomenal job!" Bill said.

Schleper Stadium will see action on Friday, Sept. 4 through Sunday, Sept. 6 with the remaining four teams in Class B -- the two-time defending state champion Chanhassen Red Birds, the Moorhead Brewers, the Cold Spring Springers, and the Miesville Mudhens.

"I think all four teams are very talented, really good baseball teams. You look at how eventful Sunday was with those four teams. The first game Brandon Arnold gets the game-winning single in the bottom of the eighth inning. In the next game Moorhead ties it up in the ninth, wins in the 10th. The game happens so fast, you just have to be here to see it," Ryan said.

While the outcome wasn't what the Cubs vice chairman was hoping for, the experience and the excitement for what to come was.

"I think it becomes a little more real. Seeing the actual games happening right now. All the behind the scenes stuff is great, but watching games at The Joe has been exciting and really makes us excited for next year," Rekow, a 2021 Cubs state committee member, said.

Athletic Park has seen some upgrades in the last year including a new brick backstop and fencing in front of the dugouts.

"We've been asking for some things over the years. With the tourney coming, the City decided to make some tweaks and improve the look of the park. The new scoreboard is really a big highlight. Fans should be able to follow the game much easier now. The old one was burning out," Rekow said.

The next planning stage begins this week, Rekow said, with a meeting set with the Chaska Youth Baseball Association.

"We're going to partner with them to see what opportunity we can have together. Maybe something with concessions, other volunteer operations. We really want to create that youth baseball to amateur baseball brand in Chaska. We have great partners with Waconia and Hamburg. We'll meet with them this month, ongoing after, keeping the communication open," Rekow said.

"We really want to create something special for the casual fan, and something for the diehard fan," he added.

While the summer season was short at Athletic Park due to COVID-19, free admission to all Cubs fans did bring in new fans.

"We had people come down that said they have lived in Chaska for years and never took in a game. They left wanting to come back next year for more. That's what we are always striving for.  Introducing Chaska Cubs baseball to our community for everyone to enjoy," Rekow said.

For the 2021 tournament, the Class B State Championship will be the third weekend nightcap on Sunday in Chaska. If a second game is needed, it will be played following the Class C final in Waconia on Labor Day.

Admission is limited to the first 250 people per game. The cost is $7. Cash only. Concessions are available.

"It’s tough to get it out of your blood! I recently told my wife she should just spread my ashes at 'The Joe!'"